The California indie-folk duo, backed by a three-piece band, regaled a near-capacity crowd with harmony-driven magic and trademark sense of humor on Thursday. Review, photos. 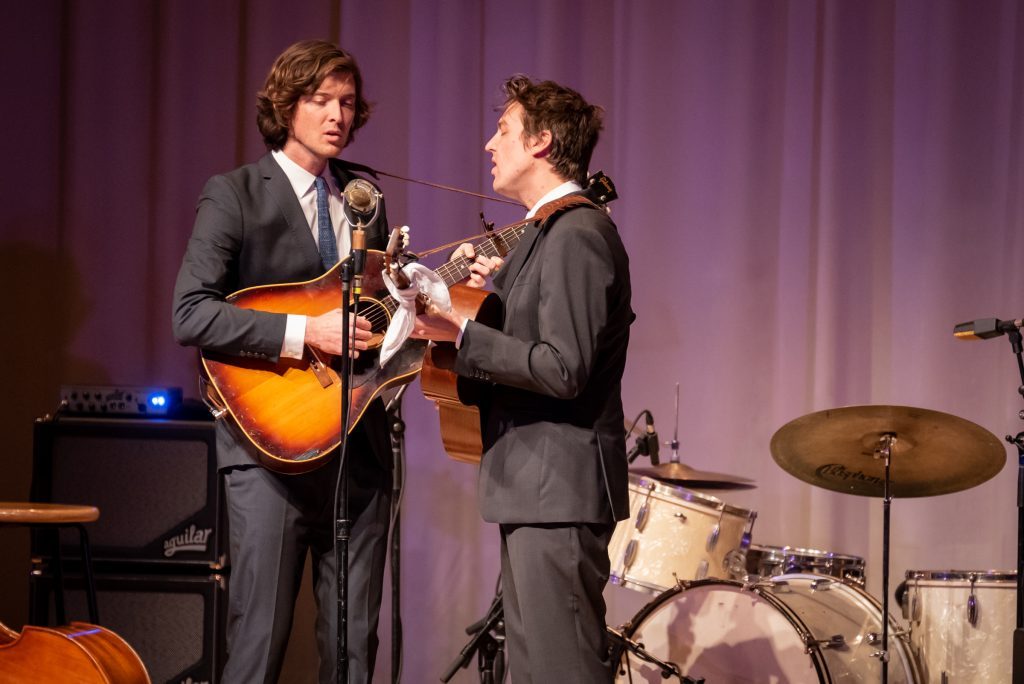 In delicate and nuanced fashion, The Milk Carton Kids held a capacity Grand Rapids crowd under its spell Thursday night at St. Cecilia Music Center. Under the glow of soft, slow-changing lights, the California troubadours spun beautiful tales of love and loss (and outrageously hilarious banter) with the help of a three-piece backing band.

At the top of the set, “The Ash & Clay” saw the band blend gently with the timbre of Kenneth Pattengale’s and Joey Ryan’s guitars. In an almost effortless ease, the pair’s voices blended and filled the cavernous music hall.

With “Girls, Gather ‘Round,” the skilled guitarists displayed their dazzling folk and bluegrass chops, flying up and down the fretboard and trading licks, while offering a rambling story.

Displaying the band’s fully fleshed sound, “Mourning in America” delivered an outright orchestral quality. Haunting melodies bowed on the upright bass, the lull of an acoustic piano, and the hollow ache of drums that tilted the song’s tempo ever so gently at just the right moment. 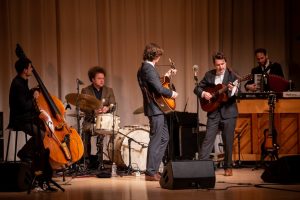 In a truly original cover, the collective drifted into Pink Floyd’s “Wish You Were Here,” revamping it into a folksy ballad.

With the rest of the band taking a break, Pattengale and Ryan settled into a few tunes in their original form as a duo with “Honey, Honey,” and undisputed audience favorite, “Michigan.”

Before the latter song, the musicians reflected on their relationship with Michigan over the years, and teased the assumption that they were from the state, on account of the song.

“We’ve been here a lot. Grand Rapids is over-represented on our tour schedule. And people always think that we’re from here, even though the one song we have about Michigan is about wanting to leave it,” Pattengale joked, prompting a bevy of laughter.

No doubt a magical moment, the familiar intro fell over the near-capacity room and was met with smiles and nods. A reference to Pontiac, a solemn self-reflection, and then the entrancing chorus was irrefutably beautiful, and concluded with massive applause from the audience of more than 650 people.

The nearly two-hour set was rounded out by a few playful and rollicking numbers, including “I’ve Been Loving You,” which found Ryan strapping on an electric bass and jokingly offering calls-to-action mid-song. “Big Time” proved to be the most joyous number, which saw the band at its most upbeat and rocking. A groovy bass line, soulful organ, steady drums and the duo trading verses and leads called out a midnight campfire jam or a barn-burning line dance.

Yet, it was equally at home in the charming confines of the music hall and with the eager ears of smitten fans.

Check out the Local Spins interview with Joey Ryan. 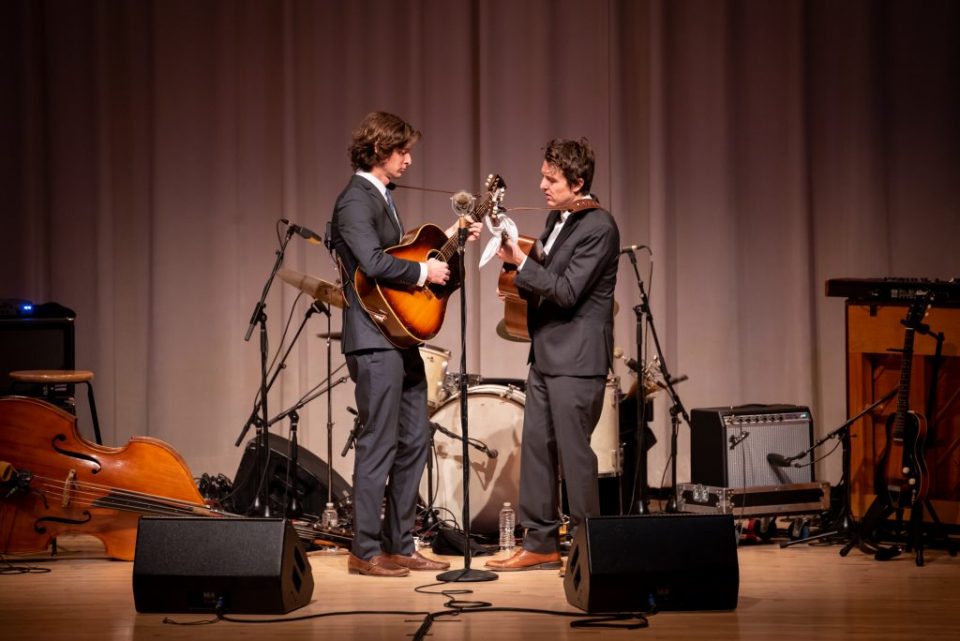 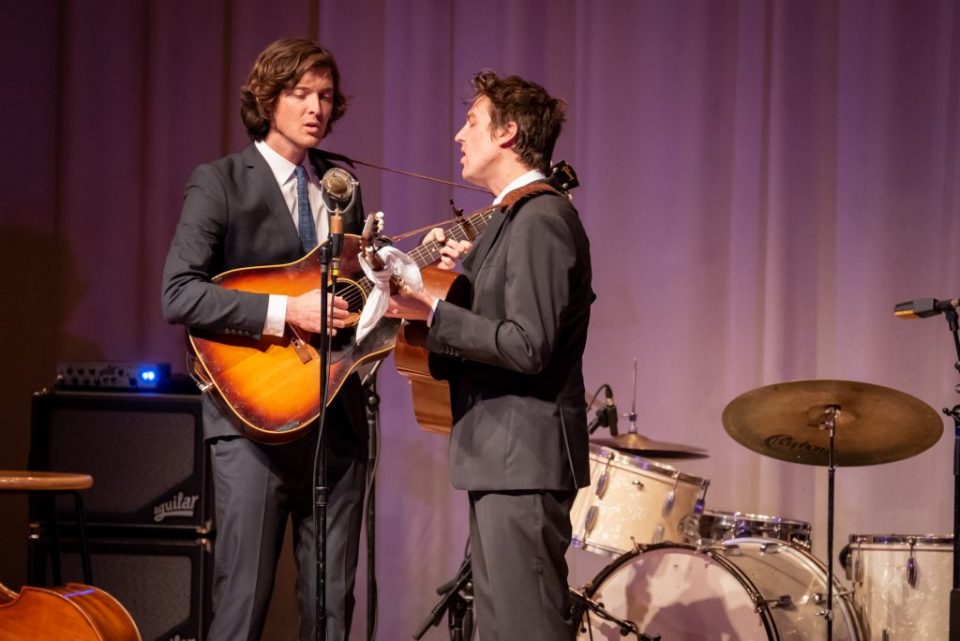 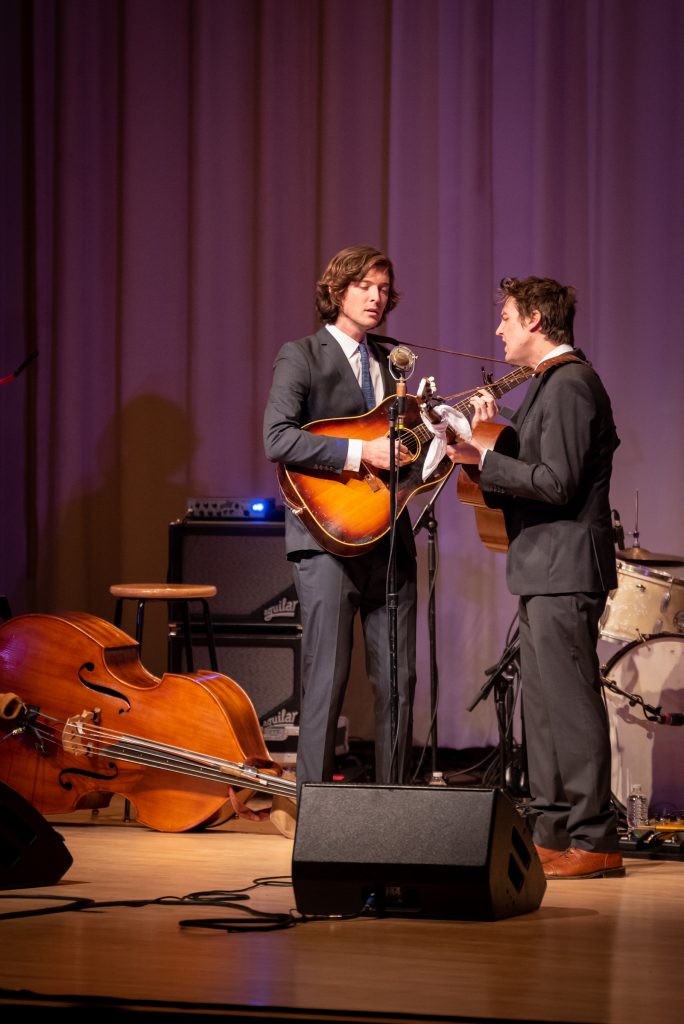 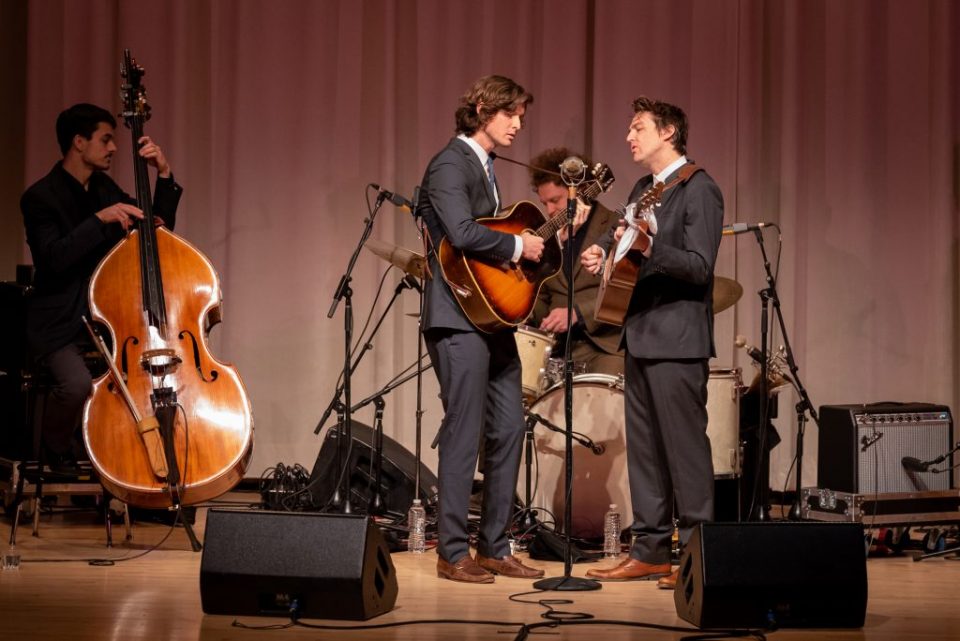 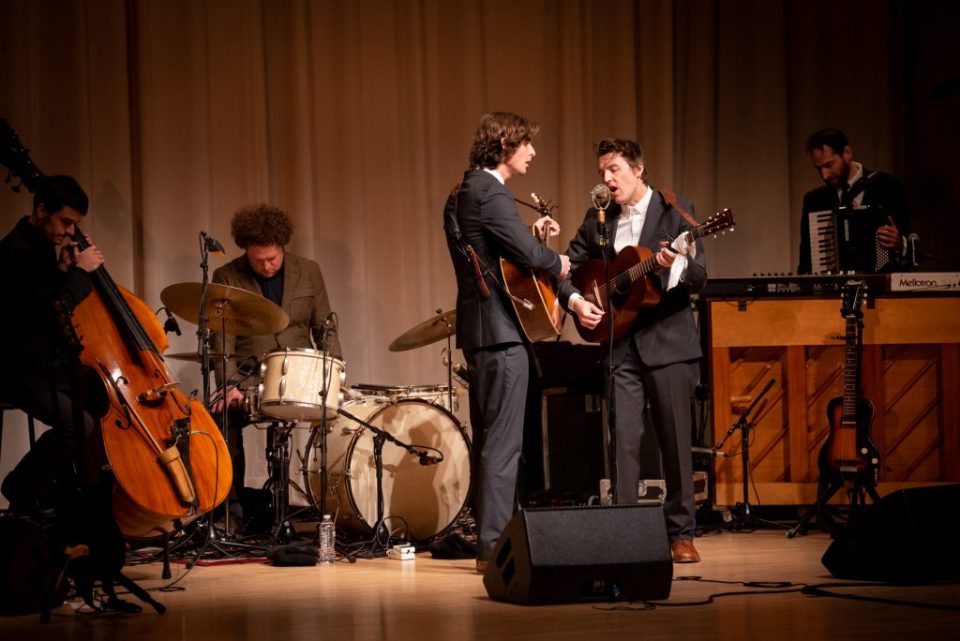 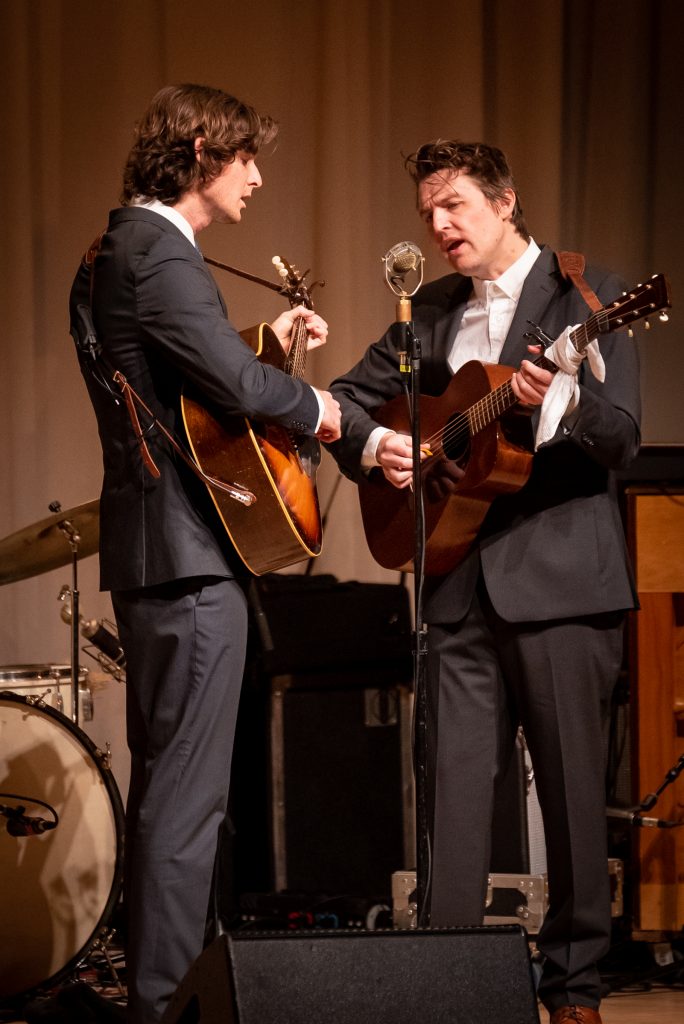 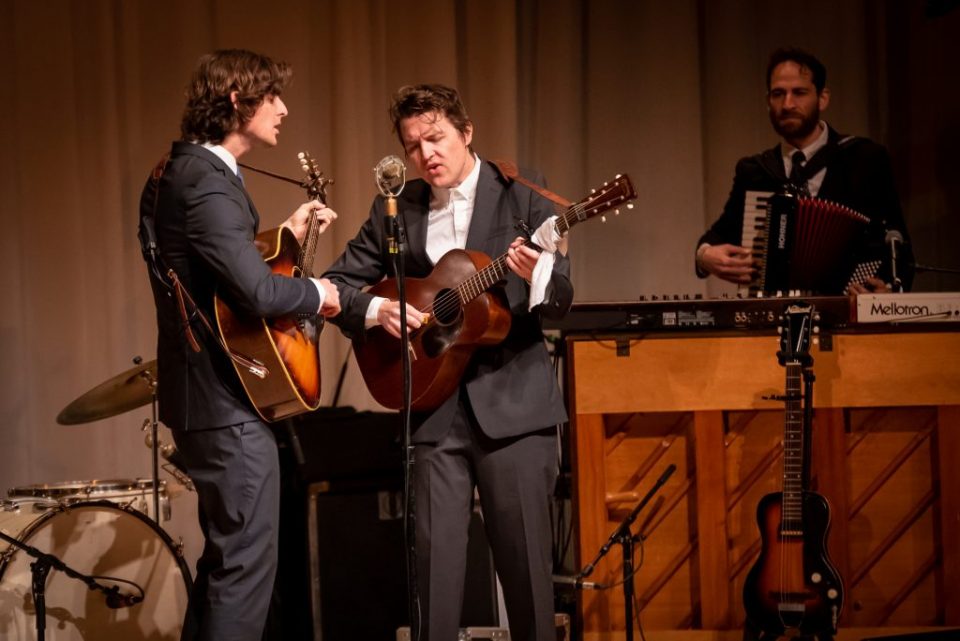 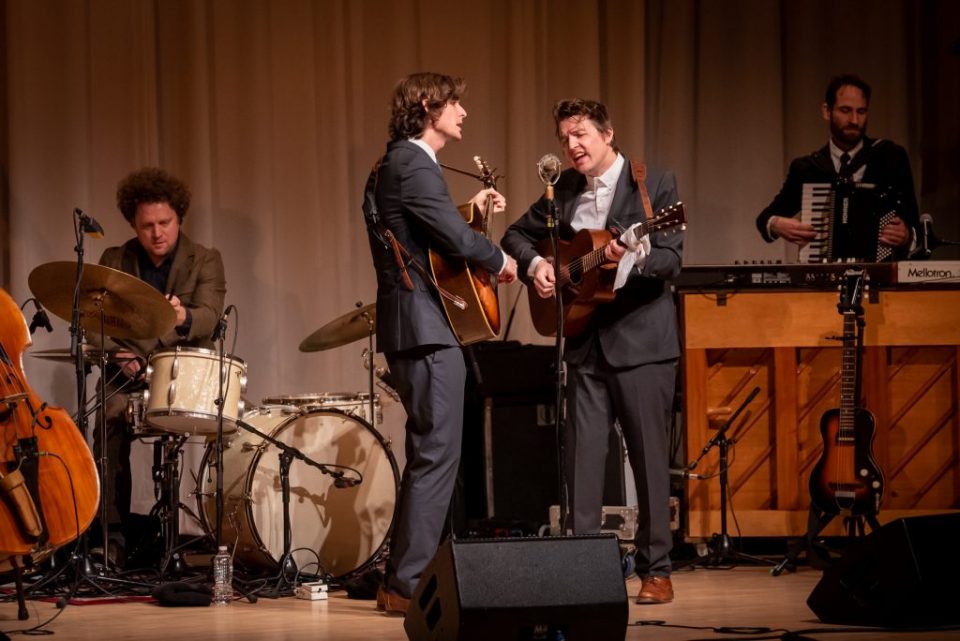 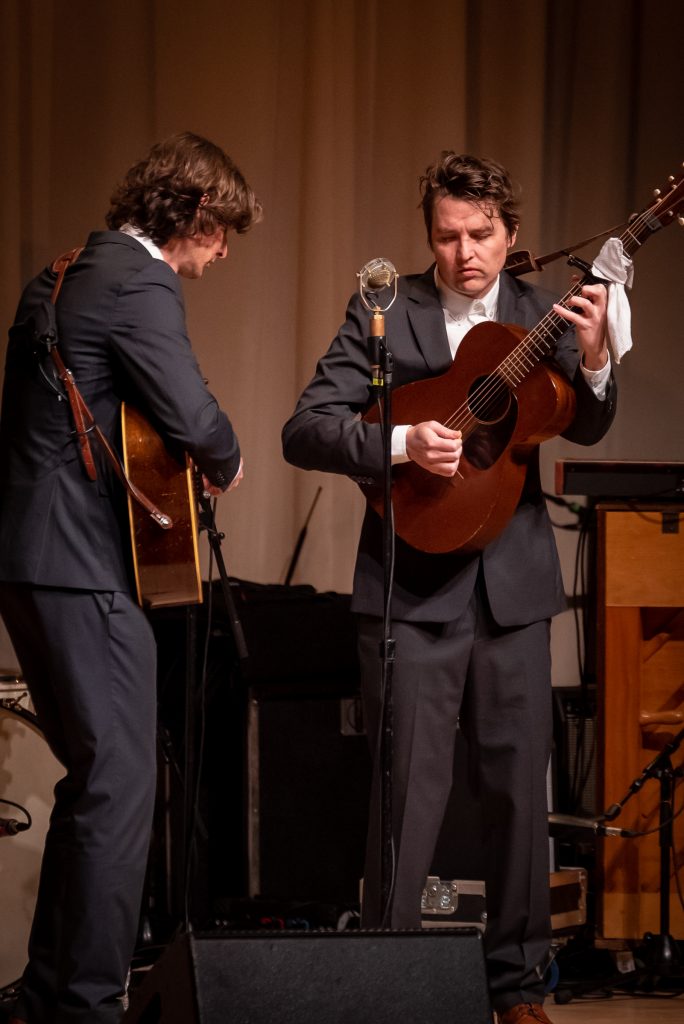 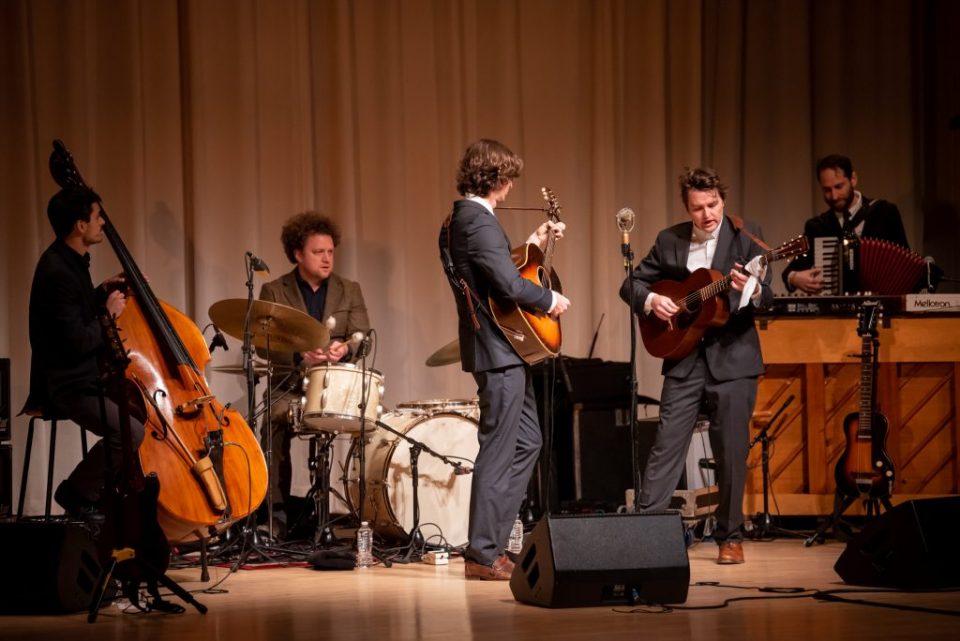