The northern Michigan musician and activist opened up about his DIY project for Local Spins on WYCE, which also debuted tracks by Molly, Callab, August, Birdie Country, Jake Kershaw and more. 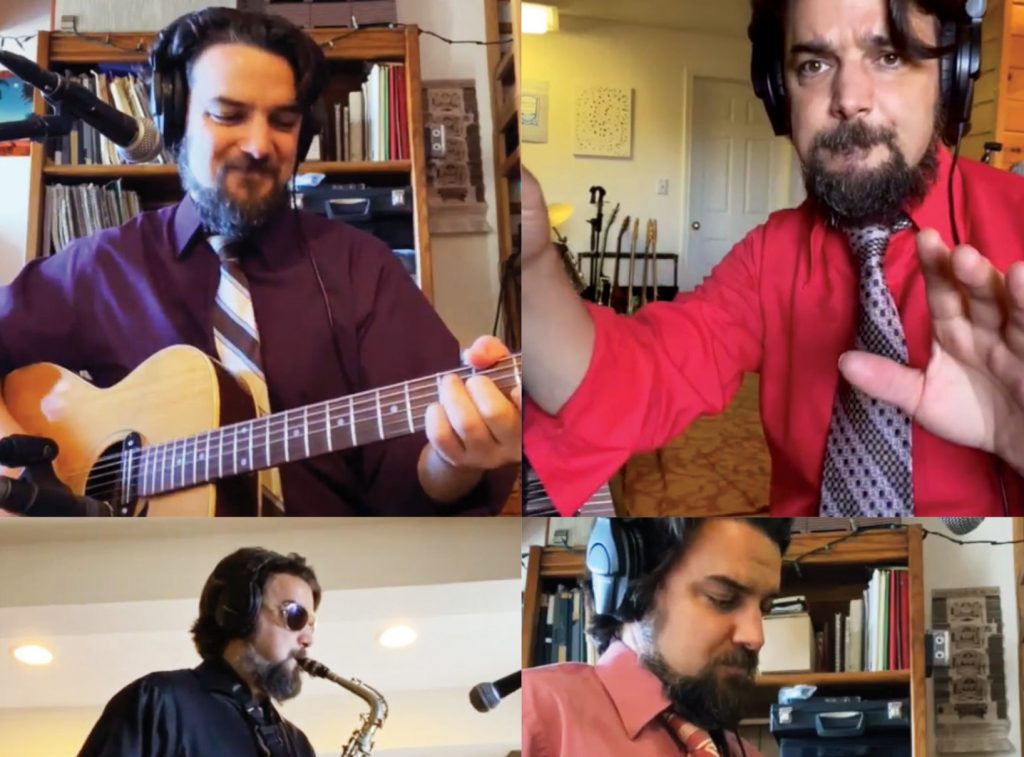 It’s all about, as he puts it, “a moral imperative to make the world more fair.”

So, it should come as little surprise that the prolific northern Michigan singer-songwriter, multi-instrumentalist and activist would center his latest solo album around many of those same themes.

“It’s about healing and working for justice,” he said of “Let Love Light the Way,” which was released on the Earthwork Music label last weekend.

“It’s about working to keep our hearts open and to tend to our hearts while we do the work that we’ve been called to do in the world.” 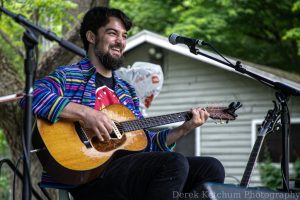 Committing to ‘Living in the Song’: Seth Bernard (Photo/Derek Ketchum)

Remarkably, the album was created, recorded and released in the midst of the current coronavirus pandemic while Bernard also juggled re-launch of the Earthwork Music collective he founded decades ago and his role as co-executive director of the statewide Title Track organization that promotes racial equity and environmental protection.

The album was written, performed and recorded by Bernard – mostly at his home in Kalkaska County’s Clearwater Township – on a four-track cassette recorder, with some songs written years ago and others completed this spring.

He noted that he’s been recording on his four-track cassette deck since he was 16, so the process was comfortable and seamless.

“I’ve put a lot of blood sweat and tears into my albums over the years and this experience was different. It wasn’t challenging at all, it was effortless,” said Bernard, who played an arsenal of instruments – from guitars to keyboards to a saxophone – for the recording. “No attachments, no budget, no clock. I didn’t let myself overthink things.”

He said he was committed to “living in the song” and “in the moment,” rather than seeking flawless production.

“It’s definitely not perfect. It’s like the album I’ve released in the past 10 years that I’ve spent the least amount of time being meticulous about in terms of editing. That was part of the choice and the process.”

Oh, and some fascinating trivia about the album: Bernard taped his songs over an old bootleg cassette of Phish performing at Deer Creek 24 years ago, a tape given to him by a friend. Between recording sessions, he also took daily “cold plunges” in a spring-fed pond on his property.

For this week’s edition of Local Spins on WYCE, Bernard performed a couple of his new songs – the title track and “Sandman’s Dust” – at home, with the performances added to the broadcast. Watch the video for “Let Love Light the Way” here and scroll down to listen to the full radio show podcast.

Bernard noted that the song, “Let Love Light the Way,” was actually written at Christmas time last year, with one of the verses re-worked this spring.

As for finding the motivation to quickly turn around this new album, Bernard credited cancellation of a trip to Armenia and Israel due to COVID-19. With his 40th birthday approaching in April, Bernard had planned to make a March pilgrimage overseas and had arranged various collaborations with friends during the voyage.

But the lockdown scuttled the trip and upended his plans. So, he said, he found himself at home “surrounded by instruments. I had all this energy.” 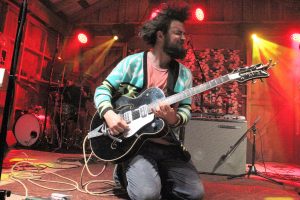 “I got into a regular practice of recording in my basement during quarantine, without any attachment to outcomes,” he said. “There wasn’t a clear plan for this work to become an album, I just started filling up tapes and in the process, methods and themes and specific practices emerged.”

He said he “tried to make it feel cozy and personal and kind of … nurturing.”

That mission of nurturing and healing is also reflected in Bernard’s leadership of Title Track, which works at the intersection of environmental protection and racial justice – aiding communities which are disproportionately harmed by pollution and environmental problems. Learn more about Title Track here.

Bernard also hosts September’s annual Earthwork Harvest Gathering on his father Bob Bernard’s farm outside Lake City – a season-ending festival that was canceled earlier this week due to COVID-19 concerns. Bernard stressed that the event will continue online as a virtual festival with numerous performances, videos and programs. (Read more in this Local Spins story about this year’s Harvest Gathering.)

He credited the festival’s “really strong staff and community of people that care about each other” for developing an alternative way of celebrating what would have been the 20th anniversary of Harvest Gathering. While he’ll miss the in-person camaraderie, keeping people was safe was imperative.

“The force of wanting to hug your friends at a musical event is a powerful force,” Bernard said, noting it would have been difficult to ensure social-distancing. Instead, Bernard said organizers will lean on the power of technology to share some “unique and intimate experiences” online.