The longtime Michigan music collective re-emerges today after a two-year overhaul with a revamped organizational structure, a slate of new artists and some live-stream performances. 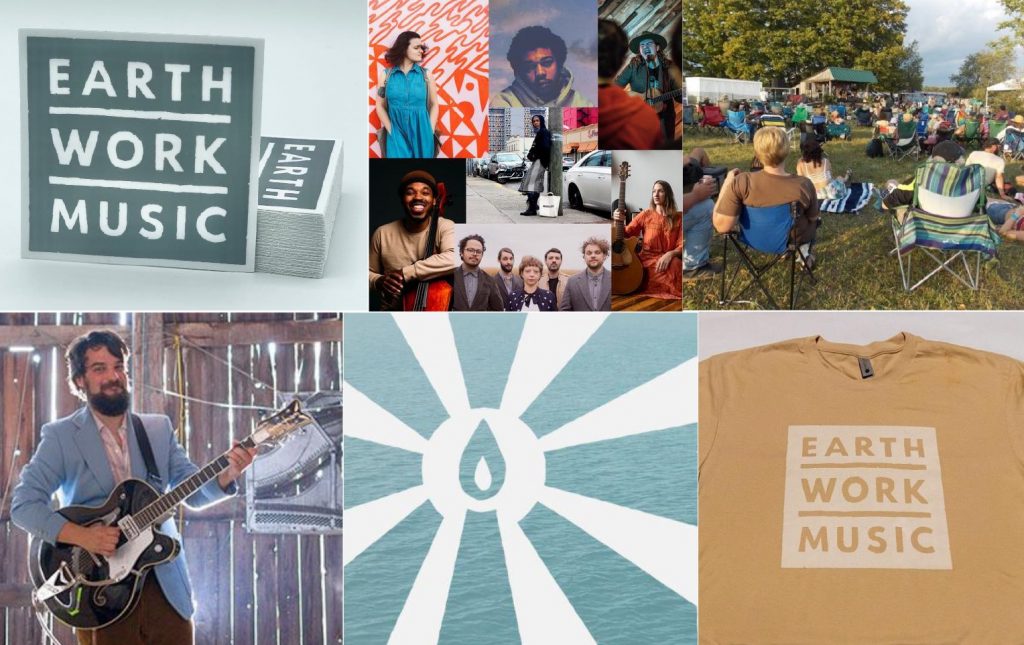 SCROLL DOWN FOR VIDEOS OF EARTHWORK ARTISTS

For nearly 20 years, the name Earthwork has inspired the state of Michigan in a number of ways.

Whether by way of its namesake Earthwork Harvest Gathering, an annual festival that closes the summer season with a magical celebration of music, or with its regional grassroots label that’s housed a number of prolific artists and their releases, Earthwork Music is a revered institution.

This week, the northern Michigan-based collective is unveiling an official relaunch, which entails a revamping of its mission, a reshaped roster of artists and a new website. Founder Seth Bernard views the relaunch as the culmination of a two-year process of regrouping and revitalizing the long-running organization.

“This is the first time since the very early days that we’ve done a real deep dive into examining the foundation of what we were doing,” Bernard said during a phone interview with Local Spins. “A lot of what has held us together over the years is still a part of it. It’s using music for cultural healing. 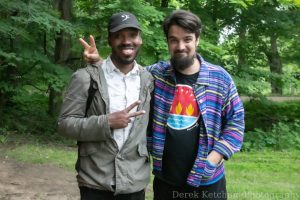 “It’s been really rewarding as a collective to go through this. It’s built a lot of clarity and trust. I feel like now we’re re-emerging. People are really leaning into music right now. It feels good to have kind of gone through this refresher.”

Started in 2001, Earthwork Music has grown into a flourishing organization, promoting the arts with over 30 musicians on its extensive roster and a goal to “encourage community healing through collective musicianship.”

Although the collective has undergone other natural transitions over the years, this marks the most active and intentional of them.

The process was, in part, prompted by the departure of Bill Chesney from the Earthwork family. Chesney had served as the general manager of the organization, and label operations were based out of his print shop in Grand Rapids, now named Brownlee Press. When Chesney stepped down from his role, the relaunch process began.

“One of the things we’ve been good at over the years is being adaptable and being in communication with one another,” said Bernard. “We live in a community here in Michigan where there’s a culture of support for musicians. There are music lovers who see value in what we do and we’re all in community together.”

Notable developments include a partnership with Higher Grounds Trading Co., a Traverse City-based coffee roastery that will now diversify to facilitate Earthwork’s online store where an array of merchandise can be purchased. With the transition, artists were also given the opportunity to either “migrate out” of the collective, or “nest in” and take a more significant amount of ownership in their roles.

NEW ARTISTS WHO APPRECIATE THE ‘LEVEL OF RAW EXPRESSION’ AND SUPPORT

This prompted the departure of some inactive or longtime members and brought about a flurry of new artists.

Kalamazoo cellist Jordan Hamilton was among the new musicians brought on board, joining after having spent time working with Bernard on the road and collaborating with other Earthwork artists regularly. Hamilton praises the “level of raw expression” and artist appreciation he’s experienced as a member of the collective.

“Being a part of this community allows me to relate to and learn from people who find their own ways to plant seeds against tyranny, social and environmental injustice, and spiritual suppression,” Hamilton said. “I aspire to work on this in my life and see it change in the world but I often fall short to the ideal. This is a community where I hope to bounce off with others to readjust that path as I continue through life.”

Songwriter Sam Cooper described the collective as “a benevolent presence” that has helped shape the Michigan music scene. 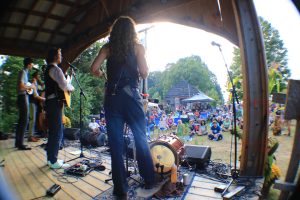 “Being a part of Earthwork Music is knowing you have a community of artists and appreciators cheering you on and witnessing your work. It’s grounding, and it’s a gift,” Cooper said.

In addition to music, Earthwork is actively involved in a number of projects centered on social awareness and community activism. The organization boasts youth programs, songwriting retreats, environmental work and much more.

One such program is the Long Memory Project with Crosshatch Center for Art and Ecology, which sees young musicians and poets collaborate with community elders to encapsulate each other’s perspectives into songs and poems.

Another prolific outreach is the Musical Ambassador Program with partner organization On The Ground, where artists travel to other countries to write songs inspired to different regions of the world and raise awareness for various efforts in those countries. The program has included May Erlewine, Joshua Davis and Heavy Color.

Though travel and touring have come to a screeching halt in these strangely uncertain COVID-19 times for the music industry, Earthwork plans to continue adapting and pressing forward. A number of live-streams will kick off the relaunch from the group’s Facebook page starting this weekend — shows that will include everything from performances to workshops and new ways to engage with artists.

“Our community has really shown up to support us, and show us they value what we do. For us, the binding agent is that we are all interested in the power of music to raise awareness and power movement and to support cultural healing,” Bernard said.

“It’s very relevant right now in the context of society and the world. People are always going to seek out music that speaks to them, no matter the channels or platforms, whether they’re listening to a cassette tape, or they’re streaming on a new streaming platform, people just want to have music in their lives.”