The singer-songwriter with collaborative ties to Blake Elliott and The Accidentals plays two shows and made a radio appearance in the Grand Rapids area this week. (Podcast, video) 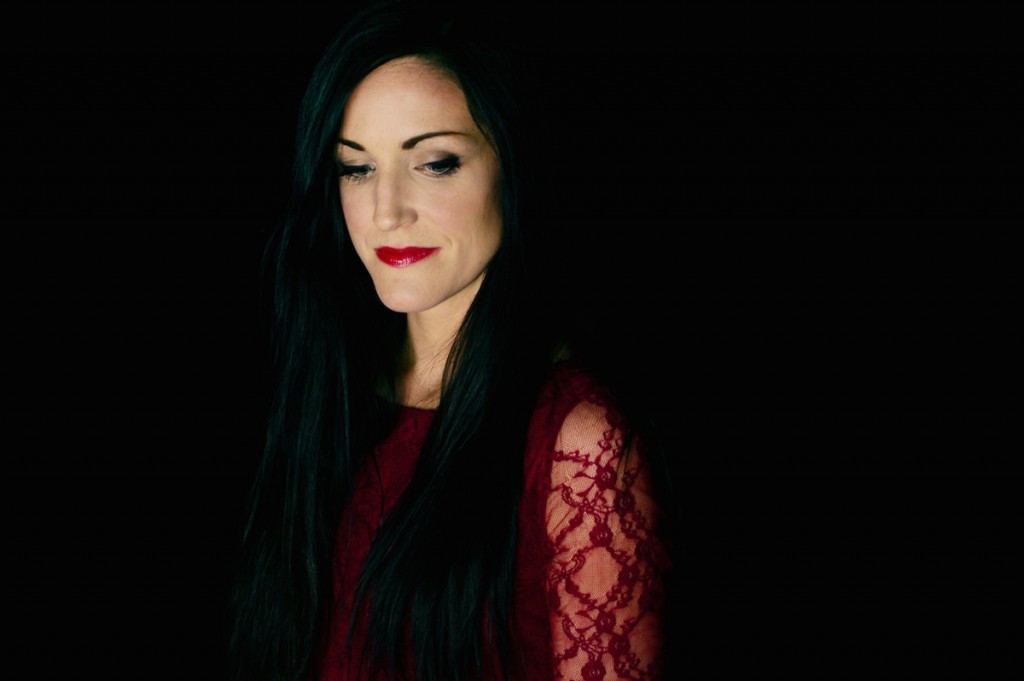 THE ARTIST: E Minor
WHAT SHE PLAYS: Indie-folk, folk-rock with jazz-blues hues
WHERE YOU CAN SEE HER: 8 p.m. Thursday at One Trick Pony in Grand Rapids,
8 p.m. Saturday at Rockford Brewing in Rockford
PODCAST BELOW: Local Spins on WYCE (88.1 FM), Episode 33

Singer-songwriter Elizabeth Minor has drawn as much inspiration from her northern Michigan surroundings as from her musical family. 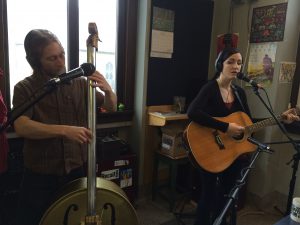 She’s translated that passion into a full-time career as a working musician – known professionally as E Minor – who performs regularly across the region as she lays the foundation for her second studio album.

“My father was a working musician playing piano so I was always surrounded by music. Both my parents joke that as a baby, I started singing rather than talking,” says Minor, who was raised in Cheboygan and St. Ignace, receiving her first guitar at Christmas when she was 16.

“I grew up going to Blissfest, which is 20 minutes from my hometown, so naturally the northern Michigan folk music scene has inspired me from a young age.”

Now 32, Minor says she spends “an equal amount of time attending live shows as I do writing and working on my own music and live performances. It keeps me inspired.”

A regular fixture around Traverse City, Minor brings her inspired music and striking vocals to the Grand Rapids area this week, playing One Trick Pony in Grand Rapids on Thursday and Rockford Brewing in Rockford on Saturday along with bassist Caul Bluhm. She was also the special in-studio guest on Friday for Local Spins on WYCE (88.1 FM).

(Listen to the on-air interview, performance and podcast here, a show which also featured the debut of new music by Hank Mowery, Matt Ten Clay & The Howlers, The Extra Texture, Shane Tripp, The Legal Immigrants, Drawing Monsters, Joel Mabus and more. And check out a video of E Minor performing a new song below.)

The seeds of her musical disposition were planted early, thanks to a father who played keyboards in several Detroit bands and four sisters who sing. “I grew up harmonizing and singing with them,” she says, noting that her sister, Sarah, once performed with rock’s Domestic Problems. “We would stay up for hours working on one song. That’s how I learned how to sing.” 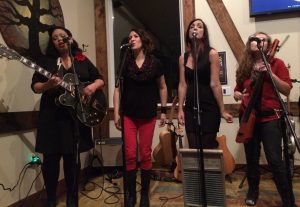 At age 13, her sister also introduced her to the music of folk icon Ani DiFranco and “I have been hooked ever since.” Since then, she’s been influenced by reggae, soul and jazz singers such as Erykah Badu, Jill Scott, Billie Holiday, Bob Marley, Amy Winehouse and Michigan’s own Rachael Davis.

Minor released her debut CD, “Dust Out of Sand,” in 2013, and is finishing up songs for her follow-up album, which will be recorded with producer/engineer Aaron Wolinski at Traverse City’s Spiral Sound Studios. (Listen to more of her music online here.)

For live shows, she usually performs as a duo with Bluhm, but created a “full band sound” for her debut album in the studio with help from “a lot of amazing” Michigan musicians.

“I love Traverse City’s music scene. I came into the scene at the same time as local singer-songwriter Blake Elliott, we both instantly became friends and started collaborating right away,” says Minor.

“It’s been the same way with almost all of the local musicians. We have a very unique thing here in Traverse City as well as all of Michigan. It’s not a competition; it’s all about supporting one another and working together.” 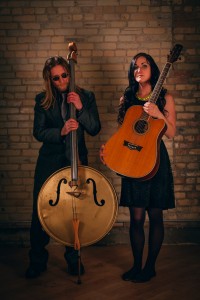 The collaborative music scene also has sparked Minor’s involvement in Girls With Guitars, a super-group of northern Michigan musicians which tours occasionally and which also includes Elliott, members of The Accidentals, Miriam Pico, Missy Zenker and others.

“We have really bonded and become true supporters of one another,” says Minor, who plays guitar and washboard, and is learning to play the ukulele and banjo. “When we can make it work, we are always eager to work together.”

Minor hopes to expand her touring base beyond Michigan, eventually even traveling overseas. She noted her first performance as an 11-year-old came while traveling in Ireland with her father and sisters, and she’s always dreamed of reliving that experience as an adult and as a more experienced musician.

But she also treasures her northern Michigan fan base.

“The people of northern Michigan really keep the spirit of folk music alive,” she says. “I am thankful for the opportunity to share my stories through music and feel so supported.”

After this week’s shows, Minor plays Poppycock’s in Traverse City on April 18, Cafe Sante in Boyne City on May 1 and Poppycock’s again on May 8. Get more information and links to buying her music at eminorsings.com.