The award-winning northern Michigan singer-songwriter has ridden the highs and lows of the business to build an avid fan base. He plays Grand Rapids’ Elk Brewing Thursday. (Story, video, podcast) 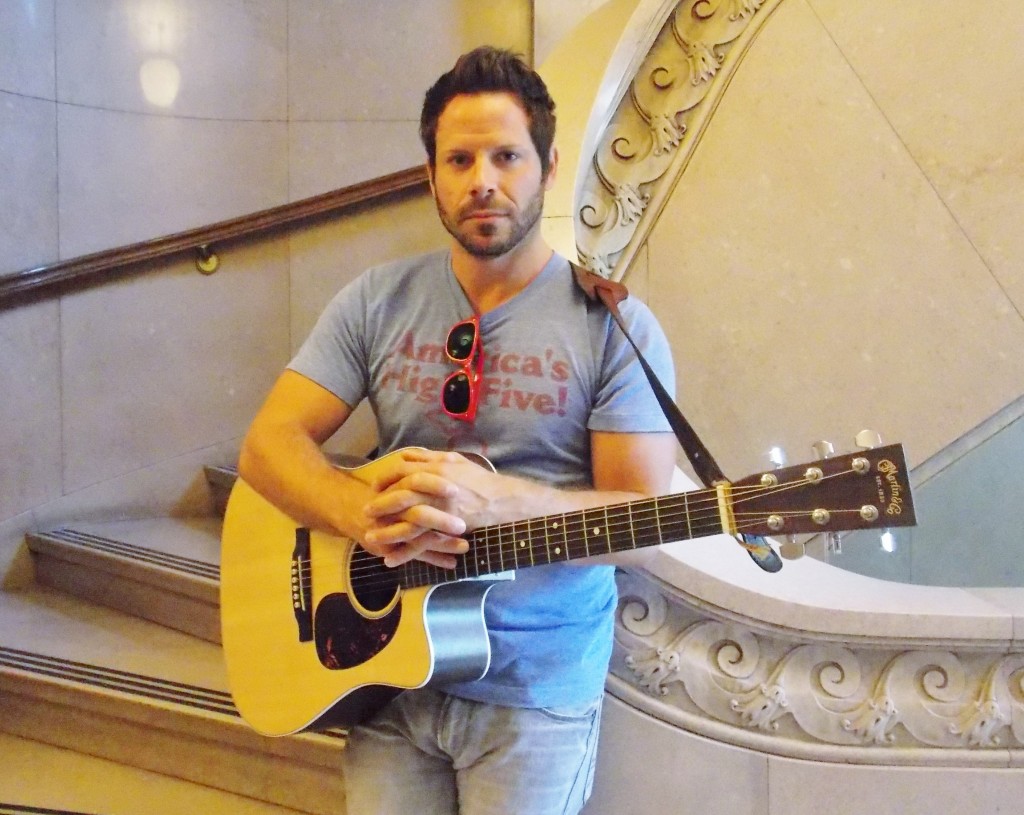 For the past decade, Michigan singer-songwriter Brett Mitchell has weathered the ups and downs of life as a full-time touring musician, from the fan accolades, appreciative audiences and critical acclaim to less-than-attentive bar crowds and long hours spent on the road.

He even had his guitar, clothes and other belongings stolen in New York City last year, forcing him to cobble together gear and eventually invest in new equipment, thus delaying studio work on a new studio album. 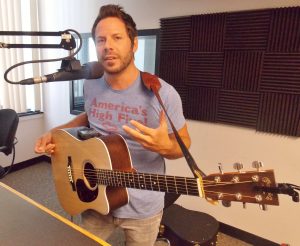 But Mitchell, who now makes his home in Alden northeast of Traverse City, wouldn’t think of doing anything else. Music is his life and passion.

“For every musician that works hard and puts all the money that they make scraping by back into their equipment, to have that happen is pretty devastating,” Mitchell says of his burgled gear. “But we bounced back and it’s water under the bridge now.”

It helps, of course, that Mitchell has established himself as in-demand musician, from Grand Rapids to Traverse City to Saginaw and beyond.

“I’m very fortunate and lucky and thankful that I can do it full-time. But it’s also hard work,” says Mitchell, a Midland native who says his pop-hued rock and power pop was inspired by the likes of late ’70s artists such as Elvis Costello, Nick Lowe and Joe Jackson.

“When you start to play more throughout the years, venues start to recognize the music, recognize the buzz that you’re getting from your music and your group. Once that starts happening, it’s a little easier to be successful because it just keeps flowing and you don’t have to look around for places to pay anymore. They start coming to you and that’s a pretty awesome place to be.”

Earlier this week, he stopped into the studios of News Talk 1340 AM (WJRW) for Local Spins Live to chat about his career and perform a brand new song, “Point of the Pace,” on the air. Check out a podcast of the show here and a video of his performance below.

Mitchell moved to Alden last year, noting he’d long hankered to settle in the Traverse City area, and lives without a computer or cable television. He concedes he depends heavily on longtime manager Jan Hecht for bookings and publicity.

WINNING AWARDS AND WORKING ON A NEW STUDIO ALBUM

“In Traverse City alone … in one day you could see three or four amazing musicians or groups within a block. It’s just ridiculous,” he says of northern Michigan’s vibrant music scene. “In a week, there’s music every day of the week of musicians that in my opinion can be or should be signed, or whatever that even means anymore — people that should be out there and appreciated more.”

Starting as drummer who earned his first dollar from a bar gig at age 17, Mitchell quit high school to play music. He eventually earned his GED and attended Saginaw Valley State University, before leaving during his junior year to pursue a career as a musician and songwriter.

“I’m still at it,” he says of performing and writing songs that he considers musical poetry. “Though I’ve had some meager times with the recession and all, I was able to survive.” 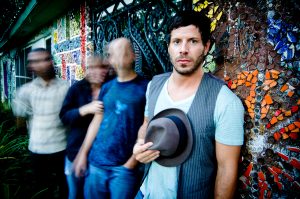 Mitchell and the giant GHOST

Indeed, Mitchell has survived quite well, playing more than 150 shows a year, releasing three studio albums (“Stereo,” “Small House” and “Falling Apart at the Seams”) and being named critics’ choice songwriter of the year as well as fans’ choice for best male vocalist, best solo artist and best songwriter by the Saginaw-based magazine, The Review.

He’s also involved as a drummer in a side project, Gutbucket, with high school pals Dave Kellan of New York on guitar and Jacob Krull of Grand Rapids on bass. Mitchell describes that band as a more “aggressive blues, funk-rock” outfit that offers him with a completely different sort of musical outlet.

And fans can expect a new solo album within the next year, with much of that project likely recorded in the Traverse City area.

“It will be more eclectic than the last album,” he says, noting 2011’s “Falling Apart at the Seams” was “more thematic and structured as far as sound goes.”

For more about Mitchell, his upcoming schedule and to purchase his music, visit brettmitchellmusic.com.