The Grand Rapids indie-electronic duo’s music and latest album have turned heads. Now, Pink Sky is hosting the first-ever “Synth Night” Saturday at The Pyramid Scheme to share their love of synthesizers. 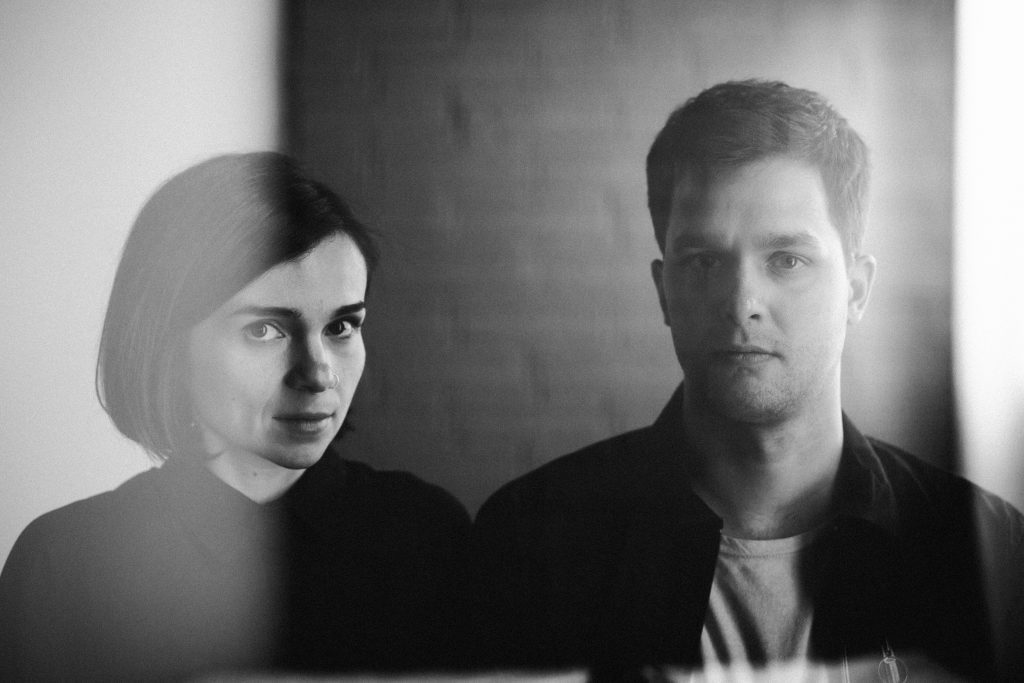 For the Love of Synthesizers: Pink Sky is hosting the first “Synth Night” on Saturday. (Photo/Hwa-Jeen Na)

Pink Sky’s distinctive electronic music and live instrumentation – playing hardware synthesizers, drum samplers and an electric piano with visuals – has turned plenty of heads and cultivated a growing West Michigan fan base over the past year.

And the indie-electronic duo of Ryan and Angelica Hay hopes to turn even more heads by hosting the first-ever “Synth Night” at The Pyramid Scheme on Saturday, with several Grand Rapids acts on the bill.

“Synth Night is a celebration of local and regional musicians who are using keyboards, synthesizers and samplers in significant and interesting ways,” said Ryan Hay.

“Synth Night, Vol. 1” will feature sets by Pink Sky, Jes Kramer, Bronze Wolf and Darkly. Doors open at 7:30 p.m. Saturday; tickets are $8 in advance and $10 day of show. Details online at pyramidschemebar.com. (Jes Kramer will also be this week’s in-studio guest for Local Spins on WYCE at 11 a.m. Friday on 88.1 FM.)

“Synth Night, Vol. 2, is already booked and will be announced soon,” Ryan Hay added. “Each volume will feature artists from different genres, united by their love of synthesizers.”

Clearly, fans and critics are loving synthesizers, too: Pink Sky’s latest studio recording, “FORMS,” shot straight to the No. 1 spot on the Local Spins Hot Top 5 chart last summer, representing the regional album getting the most airplay at Grand Rapids radio station WYCE-FM, several weeks before it was even officially released.

The album also is nominated for a few WYCE Jammie Awards – including best album by a new artist – on Feb. 8 at The Intersection, where Pink Sky will perform a short set along with more than 30 other acts.

“We’re honored to be nominated and play amongst such notable regional talent at the 20th Jammies this year,” said Ryan Hay, noting the band recorded its album “like we play live, and that energy may resonate with many of our fans.” 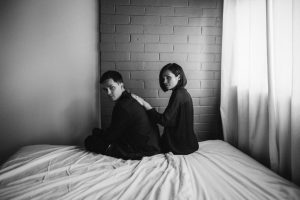 Ramping Up Performances in the Spring: Ryan and Angelica Hay. (Photo/Hwa-Jeen Na)

Pink Sky also is playing Traverse City for the first time on Friday, performing “Live Music in the Yurt” at The Little Fleet, 448 E. Front St. at 7:30 p.m.

“We couldn’t think of a better show to introduce ourselves,” Ryan Hay said of the duo’s Traverse City debut. “We’re really excited to play non-traditional spaces and connect with our audience in intimate settings.”

In a previous Local Spins interview, Angelica Hay noted Pink was created “to function like a band from the beginning, which means performing all our instruments live with no computer on stage, so the energy of the audience can have a significant impact on what we play and how we play it. This allows us to intimately and uniquely connect with our music in each performance.”

Starting this spring, the duo will ramp up its performances even more, planning to tour the Midwest after Angelica Hay graduates with master’s degrees in painting and visual critical studies at Grand Rapids’ Kendall College of Art & Design.

The duo also hosts house shows where they pair musicians with visual and performance artists in their home studio.

“Later this summer,” Ryan Hay added, “we are going to release our second LP and continue to play shows and build community here in Grand Rapids.”