It’s back for 2021 in Michigan’s Manistee National Forest this weekend with national headliners and regional favorites, including a bluegrass singer who adores Hoxey and all it entails. View the schedule, too. 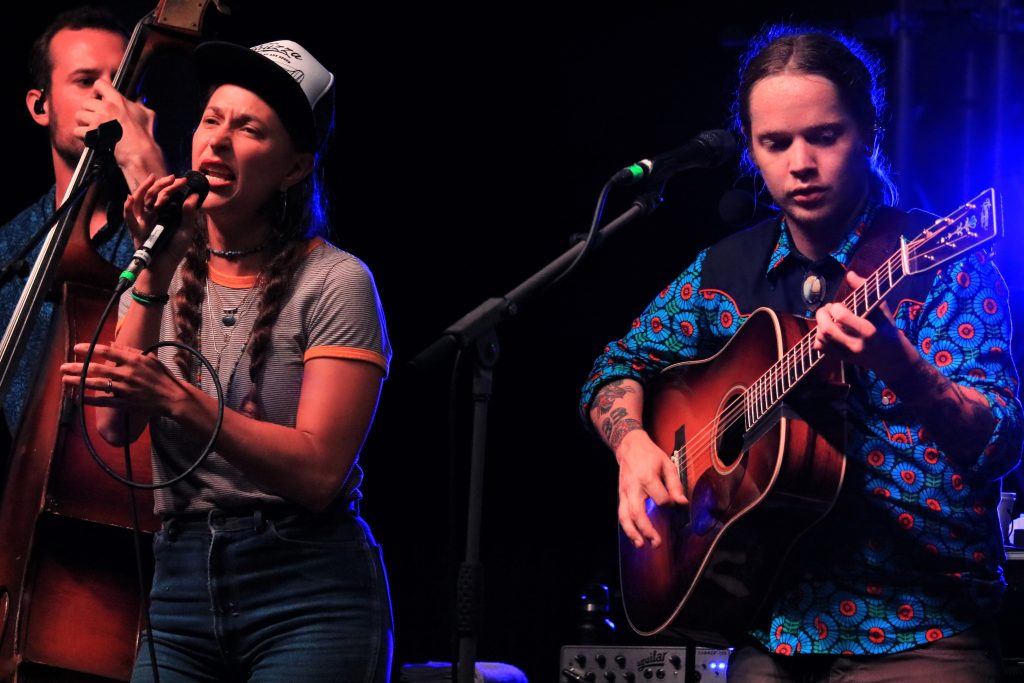 Relishing Hoxey: Lindsay Lou might once again join Billy Strings on stage as she did at Hoxeyville 2019. (Photo/Anna Sink)

SCROLL DOWN FOR VIDEOS AND SCHEDULE

Hoxeyville Music Festival returns this week in full force after calling things off in 2020 due to the global COVID-19 pandemic.

Songwriter and roots/bluegrass star Lindsay Lou, who has Michigan roots but resides in Nashville, will perform multiple times throughout the weekend, including a 3:30 p.m. Lindsay Lou set on Saturday and a 2 p.m. set with the Sweet Water Warblers super-group on Sunday at the festival that attracts about 3,000 people. 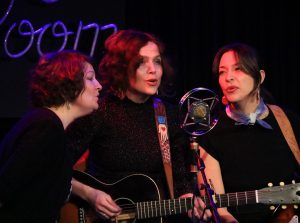 Sitting on an expansive front porch on a recent sunny afternoon, she twirls her hair and reflects on her ties to the festival and upcoming performances via a virtual interview.

“I definitely notice a deeper appreciation for Michigan. Now that I’ve been living in the Southland here for long enough, when I go back, it does just feel like home. Like no matter where I am in the state, it just feels like home. I spent enough time touring around Michigan before we really started touring outside the state that it holds this home space,” Lindsay Lou says.

“I’m very excited to get back on the stage with the Warblers. We’re going to play some songs from the records that we just released. It’s really fun. I love that festival (Hoxeyville).”

Growing up in the Upper Peninsula’s Iron Mountain near the Wisconsin border, Lindsay Lou fostered a love of the outdoors and Michigan’s natural beauty. She then spent time in Lansing, Ann Arbor and Ionia before relocating to Nashville to pursue music.

“We had a lot of outdoor time. House parties were always at people’s hunting camps. It was quiet. But it was nice. I felt kind of sheltered maybe,” she says oft growing up in the Upper Peninsula. 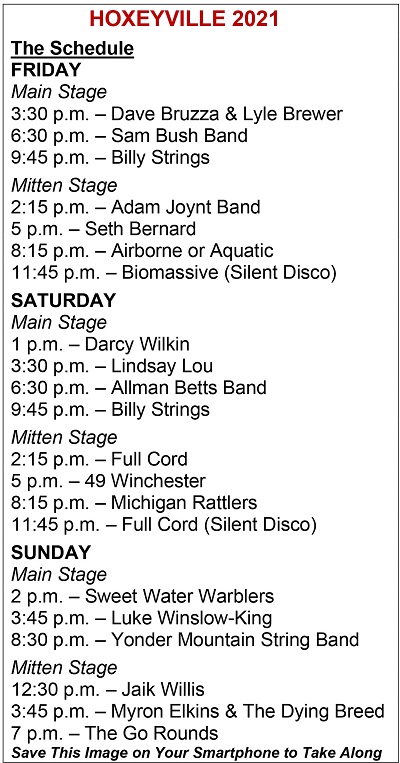 The singer and musician has maintained a friendship with Billy Strings throughout the years, performing and collaborating with the Grammy Award-winning guitarist and Michigan native whenever possible.

It’s not unlikely that fans may see her join Billy Strings at Hoxeyville on stage again this weekend. (Billy Strings plays headlining sets at 9:45 p.m. Friday and Saturday).

The pair also wrote a song together that will appear on Billy Strings’ next record, “Renewal,” which drops on Sept. 24. In addition to collaborating with Strings, Lou is busy working on her next record, a follow-up to 2018’s “Southland,” which she hopes to release next year.

Following Hoxeyville, Lindsay Lou will perform a cluster of shows out West, including a pair of house shows in California and a concert in Utah. She returns to Michigan to perform with the Sweet Water Warblers at Bell’s Brewery Eccentric Cafe in Kalamazoo on Sept. 3 (opening for Steppin’ In It).

Lindsay Lou isn’t alone in her excitement about possibly sharing a Hoxeyville stage with the fast-rising Billy Strings, who’s sold out virtually all of the concerts on his national tour.

Mandolinist Brian Oberlin of West Michigan bluegrass band Full Cord is particularly excited about rubbing elbows with the Ionia County native who’s soared to fame the past two years, scored a No. 1 album and recently made his Austin City Limits debut.

“Billy is a champion of bluegrass and bluegrass-ish music, which is the same genre-bending theater we are in,” he said. “So, when he succeeds, we all succeed. If time permits, we’ll likely pick some tunes with him as well.”

Full Cord actually will do double-duty this weekend, swinging back and forth between two events: The band plays Farmfest in Johannesburg at midnight Friday and 7:20 p.m. Sunday, and Hoxeyville at 2:15 p.m. and 11:45 p.m. Saturday.

Get more details about Hoxeyville and it COVID safety plan via the official website, and read about the final Farmfest at Local Spins here.