Amid sold-out shows this week, the super-group of May Erlewine, Rachael Davis and Lindsay Lou took time to reflect on the “real magic” of their project for Local Spins. 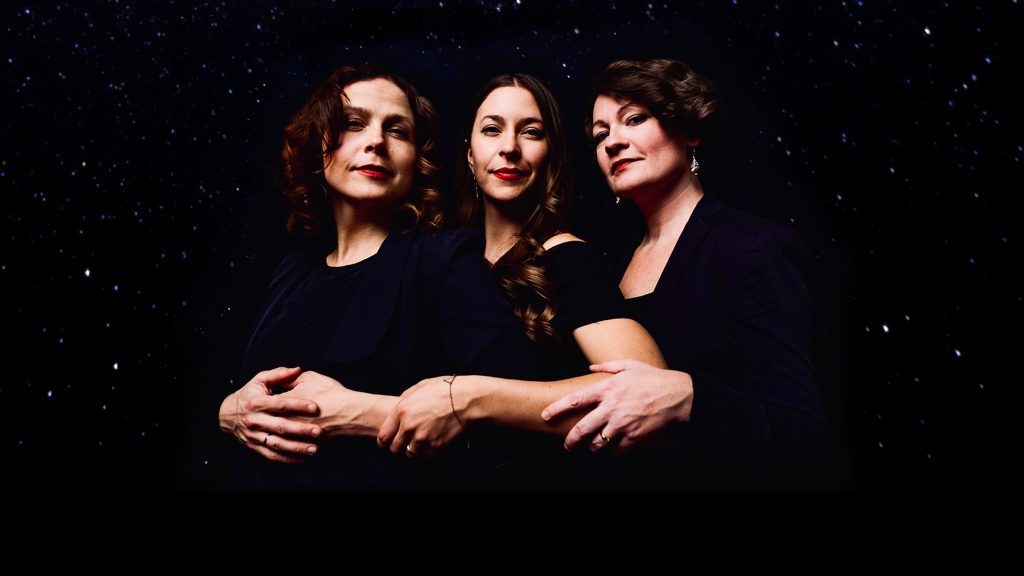 SCROLL DOWN FOR VIDEO OF A RECENT A CAPPELLA PERFORMANCE

Even the Sweet Water Warblers have trouble putting into words the extraordinary nature of their merger as a super-trio of Michigan-bred singers and musicians.

“There is some real magic in our combined voices. There’s an ethereal quality to it that transports the listener to another place altogether,” she said.

“It’s something to do with what we reach for when we’re singing,” Erlewine told Local Spins.

“I think maybe we’re all drawing from the same freshwater Michigan spring. It feels like a deep well that is always overflowing with something pure and true, beyond the sum of its parts.” 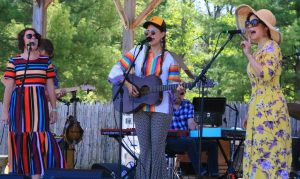 Added Davis, who grew up singing with her parents and siblings: “Somehow, the Warblers, inexplicably, have that same family harmony blend. Even though we’re not related and each of our voices are distinct in themselves, the combination is nothing less than one voice.”

That combination has mesmerized audiences since the trio first performed at Hoxeyville Music Festival in 2014.

It’s continued through a series of sold-out Michigan shows this week as the Sweet Water Warblers prepare to release their first full-length studio album, “The Dream That Holds This Child,” in May.

They follow this with sold-out shows at 7:30 p.m. Friday at the MSU Community Music School in East Lansing and 7:30 p.m. Saturday at Listening Room in Grand Rapids.

Recorded in October at the Sound Emporium in Nashville, the new album follows a 2017 EP, “With You,” and represents the sort of side project that all three women regard with real reverence and admiration.

“I look forward to playing music with these amazing women. It’s different in many ways to our solo work. We each reserve something special that we hold exclusively for this project,” said Davis, a Michigan native and indie-folk artist now based in Nashville. 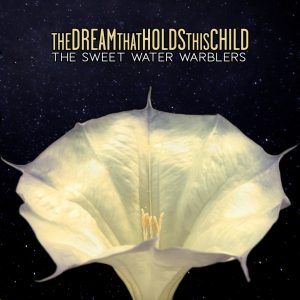 As Erlewine puts it: “It’s unlike anything else I do, and I cherish it. I believe that music heals and singing with these women heals my heart.”

The 10 songs created for the new album aim to have a healing and uplifting quality, too, serving as “a refuge, solidarity and support through its focus on modern femininity.”

The first single, “Turn To Stone,” co-written with Maya de Vitry (who also appears on the track), “is about connecting to a deeper source, a reminder that we are feeling hearts moving through this world,” according to Erlewine.

Davis described it as “a lyrical, melodic and harmonic representation of how strength can exist within surrender and release.”

Lindsay Lou said they all knew it was special because “the first time we sang it together, it felt like transcending into the cosmos.”

Tune in to Local Spins on WYCE (88.1 FM) at 11 a.m. Friday for the on-air debut of “Turn to Stone.” (Davis noted that de Vitry of The Stray Birds “will become a more constant member” of the Warblers.) 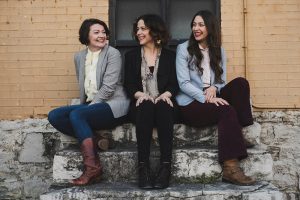 Unlike Anything Else They Do: Performing and recording as Sweet Water Warblers. (Courtesy Photo)

Of course, with Lindsay Lou (who fronts an internationally renowned bluegrass band) and Davis based in Nashville, and May Erlewine residing in Traverse City, scheduling rehearsals can be a challenge. The project is augmented by frequent texts, emails and conference calls.

“It’s a very precarious balance of schedules, and the will and love of the project,” said Erlewine, noting the group assembled for rehearsals just ahead of the current tour.

The Michigan shows – which will also feature de Vitry – are unfurling “beautiful sets of love songs” during the week of Valentine’s Day as well as some tunes the Sweet Water Warblers haven’t played previously.

And Michigan fans can expect more performances by the group during this summer’s festival season, with some national tour stops as well.

“The Warblers will be seen in usual migration patterns throughout the year,” quipped Erlewine. “Based on our hopes and dreams, there should be many opportunities for sightings in Michigan and beyond.”