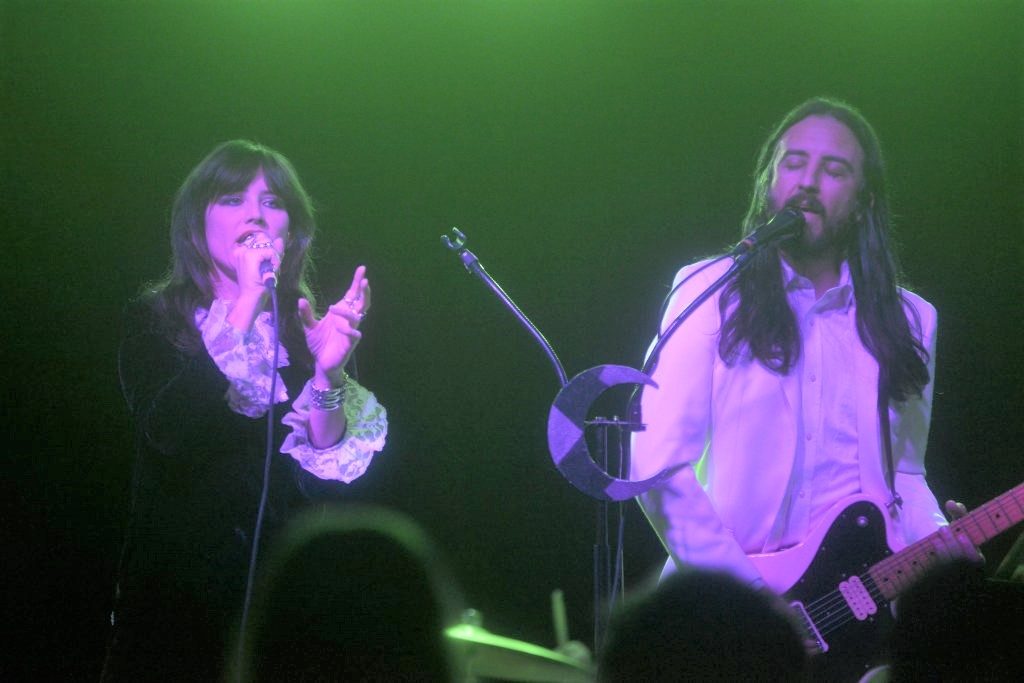 Dynamic Chemistry: In the Valley below performing on stage recently at The Pyramid Scheme. (Photo/Katy Batdorff)

Spring has finally had a chance to show off its true colors and temperatures, and Local Spins also found a way to heat things up musically for the April edition of its segment on Michigan Radio’s “Stateside.”

Listen here to the Local Spins segment via the West Michigan Mixtape and check out full versions of the artists’ songs below. 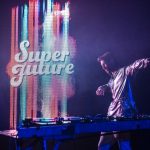 1. Super Future, “Again” – The electronic music of Grand Rapids DJ Nick Rowland, aka Super Future, knows no bounds genre-wise. A chemical engineer turned music creative, Rowland (a native of Rochester now based in Grand Rapids) is a musical pathfinder of sorts whose stage name is based on the musical style he most closely identifies with – future bass – while also pulling inspiration from pop, electronic and R&B. His latest single, “Again,” has earned raves from electronic music fans and publications, this after his 2018 track, “Endless Love,” racked up 300,000 plays on Spotify. He’s also a guitarist who’s committed to bringing live instrumentation to his DJ performances, which adds another bracing element to his shows. He’s performed at festivals across the country, as well as big events in Grand Rapids such as last summer’s Breakaway Festival. And he’s also the head of the Samsara Family Collective, a group of Grand Rapids electronic music artists which promotes shows where many of them use live drums or guitars in their sets and are dedicated to bringing “a new element to the scene.” He just headlined a big weekend show in Holland and performs next on April 20 at Creston Brewery in Grand Rapids along with Shooka. 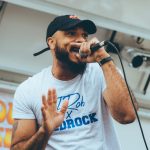 2. JRob, “Shake Up the World” – With new songs such as “Black Super Hero,” Grand Rapids hip hop artist JRob, also known as Jeff Robinson, aims to make statement about making a change to better the world while paying homage to those “fighting for the people.” He also just released a new single, “Shake Up the World” with release of a new album by summer. The veteran GR rapper who’s eyeing release of a new album later this year also finds inspiration in “everyday life” and the “everyday struggles” that everyone faces. “Family is a big thing. Of course, just the stuff that I see,” he says. “You might hear me talk about work or taking care of my son. It’s everything. Art is everything. … You just have to listen. No matter whether you’re making turn-up songs for the club or whatever. You get everything with hip hop.” J Rob has been a much-respected part of Grand Rapids hip hop scene for years, collaborating frequently with stars like Lady Ace Boogie. He recently played a hip hop showcase in Grand Rapids and plans more Michigan shows in the near future.

LISTEN: “Shake Up the World” 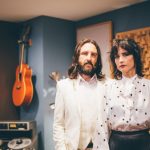 3. In the Valley Below, “Rise” – How about a Grand Rapids band with a distinct L.A. vibe? That’s the indie-rock/pop, art-rock band In the Valley Below, also known as the couple of Angela Gail Mattson and Jeffrey Jacob Mendel. This dynamic duo (which also performs with a drummer) is a marvel, not only with its fetching songwriting but with a stage presence, chemistry and fashionable dress that’s truly intoxicating: It’s one of those things where you can’t look away. And now they’re about to release their long-awaited sophomore studio album, “The Pink Chateau,” on Bright Antenna Records, an atmospheric, pop-hued rock collection that will be accompanied by a full-length feature film described as a “modern silent film,” “vintage-inspired erotica” and “an art project at its core.” When they kick off their U.S. tour to promote the new album in Brooklyn on April 9, audiences will be able to watch the film while listening on headphones to the band playing the album live on stage, aka “an immersive audio/visual experience.” The film also is an official selection of this year’s Newport Beach Film Festival. It’s a unique approach from a unique band, which actually first made an international splash when it was an L.A. based group that hit it big in 2014 with the single, “Peaches.” They moved to Grand Rapids a couple of years ago (Angela grew up in Muskegon), bought a house and set up a recording studio in the basement, releasing their EP, “Elephant,” in 2017. They played a Grand Rapids show in late March, and hope to perform in Michigan again later this year. The new album officially drops on April 26. Get more details and a tour schedule at inthevalleybelow.com.