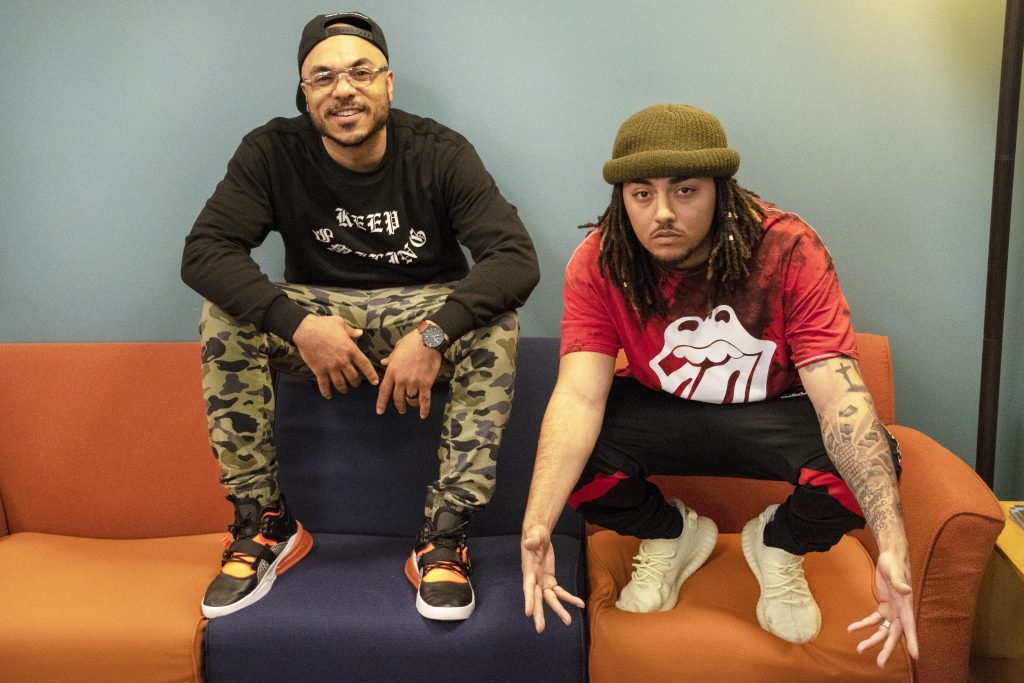 SCROLL DOWN FOR VIDEOS, LOCAL SPINS ON WYCE PODCAST

With new songs such as “Black Super Hero,” Grand Rapids hip hop artist JRob aims to make statement about making a change to better the world while paying homage to those “fighting for the people.”

But the veteran rapper who’s eyeing release of a new album later this year also finds inspiration in “everyday life” and the “everyday struggles” that everyone faces.

“Family is a big thing. Of course, just the stuff that I see,” he says. “You might hear me talk about work or taking care of my son. 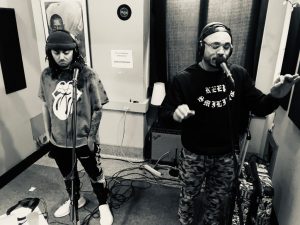 Inspirational: Steven Malcolm and JRob on the air for Local Spins on WYCE. (Photo/Local Spins)

“It’s everything. Art is everything. … You just have to listen. No matter whether you’re making turn-up songs for the club or whatever. You get everything with hip hop.”

Another source of inspiration? Fellow West Michigan rappers such as Steven Malcolm, who’s scored hits and toured nationally as a fast-emerging star on the Christian hip hop scene.

“The perfect word is inspiration,” JRob, aka Jeff Robinson, said of Malcolm. “When you see him actually just from social media … on videos rocking arenas, (it shows that) it’s reachable.”

Both hip hop artists brought their unique and powerful music to the Dekkm Productions-sponsored Studio X at WYCE-FM for this week’s edition of Local Spins on WYCE. JRob performed the yet-to-be-released “Black Super Hero,” and Malcolm showed off rapidfire rapping on “44 More Remix.” Watch the video of JRob’s song here and Malcolm’s below, along with the full radio show podcast.

“The name of the show is perfect,” JRob remarks. “Everybody on the bill is super dope. It’s a blessing to just be a part of it.” 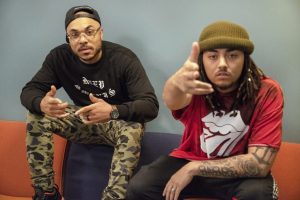 ‘The Goal is to Tour’: JRob and Steven Malcolm. (Photo/Local Spins)

For Malcolm, it’s a rare hometown show for a guy who’s regularly crisscrossed the country since releasing a hit single, “Party in the Hills,” in 2017. He’ll continue that this spring, next heading to Seattle in late March, and also plans a big headlining tour with DJ Mark Evans later this year.

He echoed JRob’s assessment of hip hop as an essential form of artistic expression.

JRob, who released a new single, “Shake Up the World,” on Friday, also hopes some touring is in his future for 2019.

“The goal is to tour,” he says. “Hopefully we get there and just killing shows around Michigan and the region.”