Led by songwriters Matt Plessner and Rachel White, the Grand Rapids band releases its new album next week. Get the back story and watch the band’s music video at Local Spins. 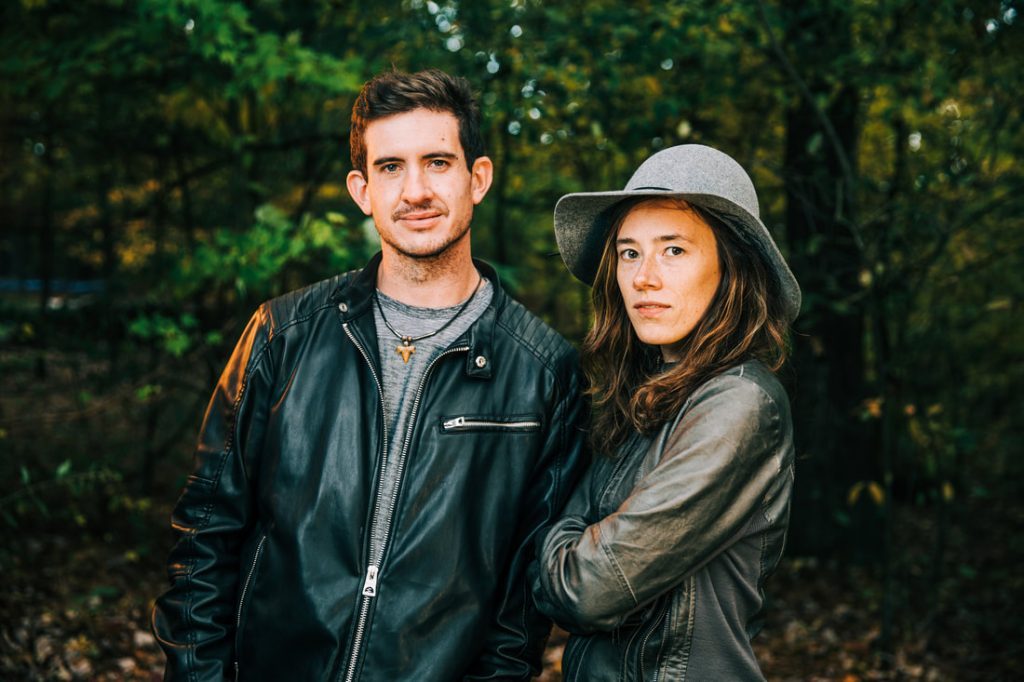 From Solo Songwriters to Duo to Band: Lighting Matches is on the cusp of releasing a full-length debut. (Photo/Jason Boulanger Photography)

THE BAND: Lighting Matches
THE MUSIC: Fusion of rock, folk, country and pop
WHERE YOU CAN SEE THE BAND: 8 p.m. Wednesday (May 22) at SpeakEZ Lounge in Grand Rapids (with Clyde Park Avenue); June 7 at Sandhill Crane Vineyards in Jackson; June 21 at Saugatuck Brewing in Douglas; June 27 at Stormcloud Brewing in Frankfort

The spark that ignited Lighting Matches could be traced to a budding young performer playing between sets at another singer-songwriter’s show.

“Many of my first gigs, as a 21-year-old newbie, were actually playing during Matt’s breaks at his shows,” singer and guitarist Rachel White said of bandmate Matt Plessner. “In retrospect, it was a really good and low-pressure introduction for me to the world of gigging.” 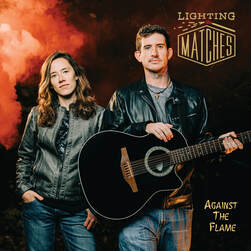 The New Album: Lighting Matches’ “Against the Flame.”

The pair actually started testing out music together thanks to White’s brother, who played indoor soccer.

“I was driving him to practice every week, which just happened to be around the corner from where Matt lived at the time, so as a fun time-killer for me, he would come over and meet up with me and we’d jam on some songs,” she recalled.

“Eventually, we decided to book a couple of shows as a duo just as a fun thing, and here we are, two years later.”

Here they are, indeed: Lighting Matches next week will officially release a full-length debut album, “Against the Flame,” during a full-band show at SpeakEZ Lounge as part of the Local Spins Wednesdays series, with Clyde Park Avenue opening the evening.

The band also will perform a couple of songs from the 14-track project during the 11 a.m. Friday (May 17) edition of Local Spins on WYCE at 88.1 FM. Lighting Matches also recently released its first music video for a track on the album. Watch that here.

Recorded at Rockford’s Planet Sunday Studios with producer Joel Ferguson, the album’s tracks are split evenly between those written by White (who released a six-song solo EP in 2016) and Plessner (who’s released several solo albums, including 2016’s “Forest Blue”). 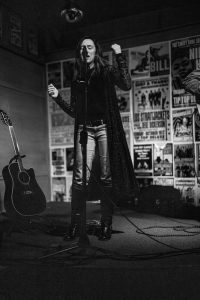 What resulted from this collaboration is music that boasts “a diverse array of influences,” he said, with White’s country, Americana and pop background mixing with Plessner’s alternative, rock and blues roots.

“I think the fusion of all of that makes for a unique but very listenable mix,” he suggested.

Added White: “We call it ‘alt-rock with folk roots.’ I think we have an interesting combination. … I write a little more straightforward and literally, while Matt writes a little more metaphorically.”

Most of the songs were written before a Lighting Matches album was even considered, with Plessner and White eventually choosing tracks best suited for a band project.

“The hardest part was narrowing down all of the songs we’ve written together,” Plessner said. “Truth be told, we had enough good songs between the 2 of us for a couple of albums. It was kind of a painful process to actually narrow it down.” 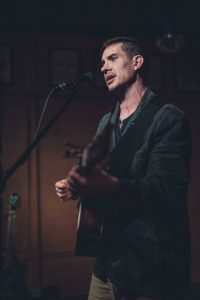 White’s mother, Sandi, also co-wrote a couple of the songs on the album.

“We are super excited to have Adam Parada in our band,” White said, noting Lighting Matches also performs regularly as a duo. “The man is an incredible pianist and it’s been an amazing addition to a few of our songs. We’re also really lucky to have Dale Wicks filling in on drums for the time being.”

“My goals are just to play the music I love and enhance people’s lives, and basically put our hearts into it,” added Plessner. “To me, if I believe the music is good, does it matter if one person hears it, 10 people or 1,000? The song remains the same.”

For now, Plessner and White are just eager to “finally share the finished product with everyone.”

“If you’ve been to our live shows, you know what to expect,” Plessner said. “If you’re new to the game, expect a lot of guitar work, a lot of harmonies, poetic lyrics and just a fun sound.”