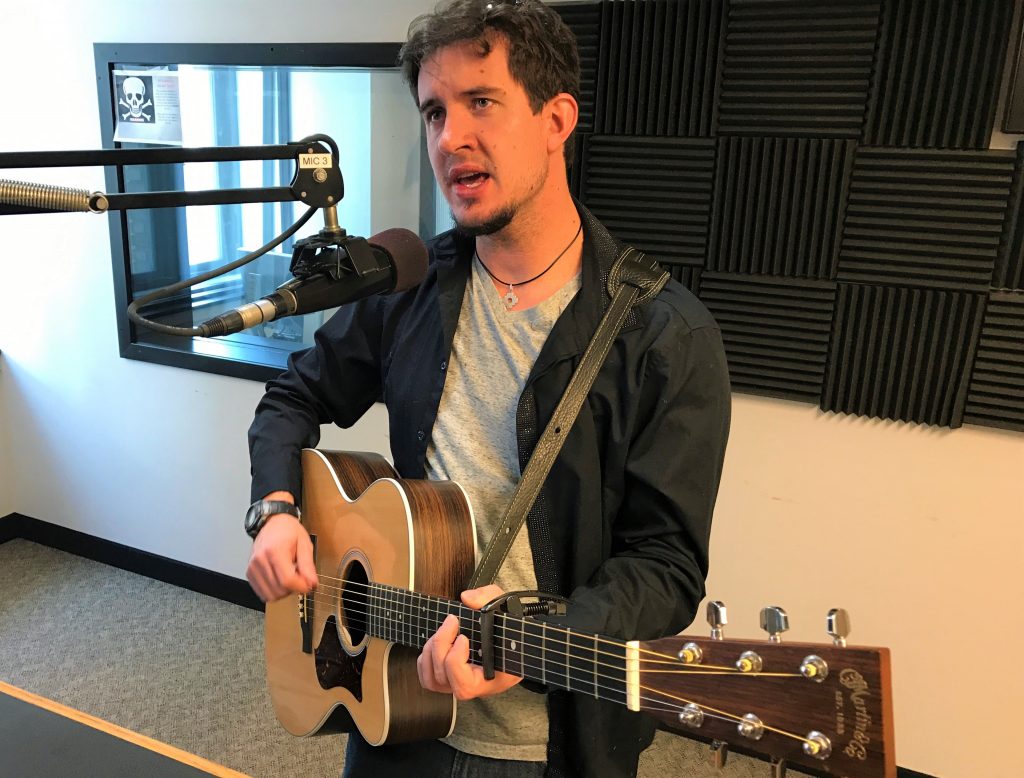 EDITOR’S NOTE: Part of this story was published earlier this year after Matt Plessner appeared on Local Spins on WYCE. This week, he performed during Local Spins Live on News Talk 1340 AM (WJRW). Check out the podcast, video and updated story. His band plays at 8 p.m. Wednesday (Dec. 28) at SpeakEZ Lounge in Grand Rapids, with Justin “Stovepipe” Stover opening.

Matt Plessner decided he wanted to make a career as a musician “about two seconds” after picking up a guitar for the first time at age 10. 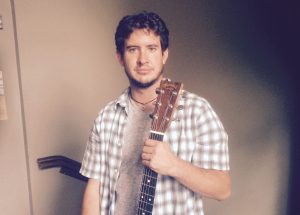 The youngster set aside the violin and cello, began writing songs as a teenager and recorded his first album in 2006 as a student at Principia College in the St. Louis area.

Now, the Grand Rapids singer-songwriter and Illinois native who performs frequently at venues across West Michigan has released his fifth studio album, “Forest Blue,” after recording the project at Joel Ferguson’s Planet Sunday Studios in Rockford.

“I try not to repeat myself. The last album (2013’s “A Forever Recovery”) was more of an acoustic rock album,” he said of the new recording that spans indie-folk and rock. “This one’s a little bit more stripped down, a little bit moodier, a little bit darker. If you know my music, you kind of know what to expect lyrically and musically, and that’s all there but with a little more experimentation I guess.”

He also pushes himself, and his band, to up the ante with every performance and every recording.

“My big goal pretty much with everything is to outdo whatever I did last,” he insisted during this week’s edition of Local Spins Live on radio. “We’ve been playing together as a band for about a year. Every time, we’re always pushing each other: tighter, tighter, tighter; better, better, better. I try and do that with my albums too, to try and outdo the last one, because if I haven’t grown or improved, there’s no point in putting anything else out.”

Plessner showcased a pair of original songs — “Moonlight Mariachi” and “Calm Me Down” — during this week’s edition of Local Spins Live on 1340 WJRW. (Earlier this year, for Local Spins on on WYCE, he performed “This is the Music” and “Don’t Speak of Poetry.” Listen to that podcast and a video below.)

The new album was released on July 26 and Plessner plays with his full band at 8 p.m. Wednesday (Dec. 28) at SpeakEZ Lounge as part of the Local Spins Wednesdays series, with Justin “Stovepipe” Stover opening. Admission is free.

It’s the latest step in the 10-year career of a singer-songwriter who’s honed his craft while being influenced by the likes of The Counting Crows, Bob Dylan, Tom Petty, John Mellencamp, Gordon Lightfoot, Smashing Pumpkins and Nirvana.

When recording the new album, he said, “I went in there with more of a sense of what I wanted to do.”

He also intends to continue playing in the Grand Rapids area while growing the audience for his shows, where he often mixes in popular covers with his own material.

While he frequently plays solo, Plessner also has been performing more frequently with a full band.

Get more information about Plessner – who also operates a DJ service – and listen to his music online here.

The 96th edition of Local Spins on WYCE in July also featured the premiere of songs by I Believe in Julio, Bigfoot Buffalo, Bismarck (this week’s musician’s pick), Norty, Westrin & Mowry, Jeremy Ensley, Watching for Foxes and May Erlewine.

VIDEO: Matt Plessner, “This is the Music” (Local Spins on WYCE)