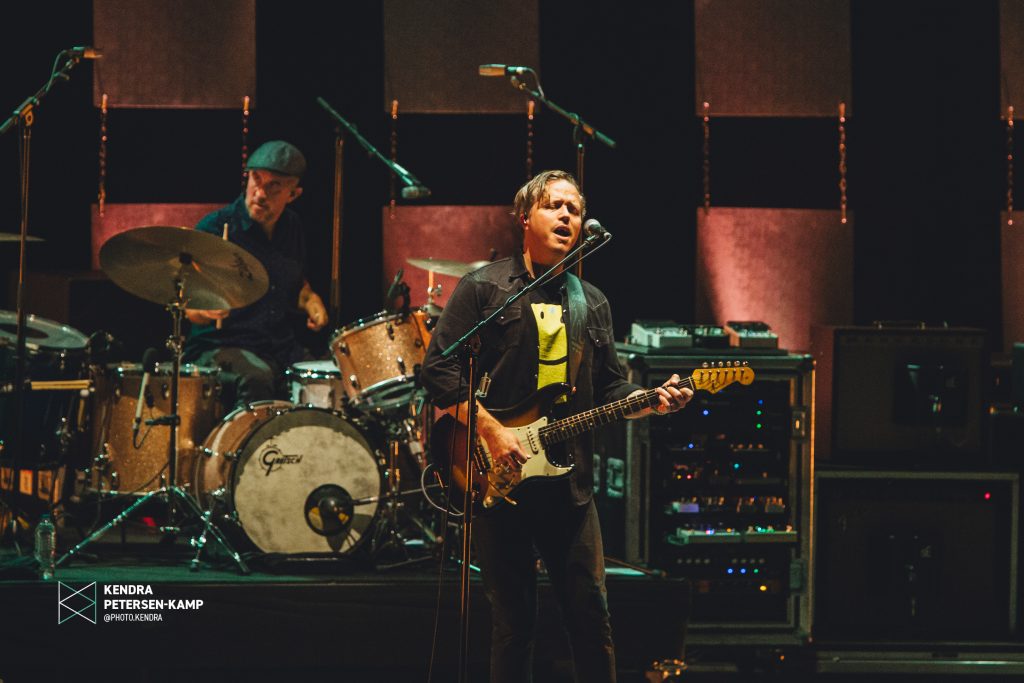 COVID vaccination checkpoint lines were short and efficient at DeVos Performance Hall on Thursday night as fans gathered for a rescheduled live performance by Jason Isbell & the 400 Unit.

Attendees were required by the band to provide vaccination cards or a negative test result before entering the venue. Despite some online pushback from fans, the Grand Rapids audience seemed compliant and supportive, even when Isbell later spoke from the stage about the importance of COVID safety and the vaccine.

Fronting his four-piece band and unfurling a simplistic-but-immersive light show, the Nashville-based songwriter delivered a 19-song set of Southern rock-tinged country and Americana after singer-songwriter Brittney Spencer opened the evening. Early numbers included “Something More than Free,” “It Gets Easier” and “Dreamsicle” — with the latter tracks appearing on his latest album, “Reunions.” 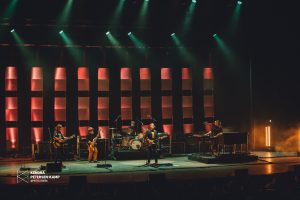 A Night of Memorable Songs: Jason Isbell & The 400 Unit at DeVos. (Photo/Kendra Petersen-Kamp)

On “Something More than Free,” from the 2015 album of the same name, Isbell sang of the value of hard work, recounting the tale of a blue-collar worker toiling for years on the front lines of psychical labor. With Isbell on acoustic guitar, the song displayed his forceful, commanding voice as a vocalist.

“It Gets Easier” delved into Isbell’s struggle with alcoholism in earlier years, a common theme in his records. Lyrical imagery of his troubled past spun around a hopeful chorus. Isbell played a riveting solo, masterfully ripping up the guitar neck with dizzying skill.

Other songs included “What Have I Done to Help,” “Last of My Kind” and “Anxiety.” Isbell switched guitars nearly every song, revealing a revolving cast of stunning electrics and acoustics whisked on stage by quick-moving guitar techs. Unique instrumentation of the evening included a resonator guitar played by Isbell and an accordion played by Derry DeBorja.

“Elephant,” from 2013’s “Southeastern,” stood out as a highlight. The somber track left only Isbell and DeBorja onstage, with bright spotlights beaming down on the pair. With the trappings of a dark acoustic guitar riff and brooding piano, Isbell shared one of his saddest songs, a story of a woman with cancer, told from the eyes of a friend who watches her slowly fade away.

Isbell also performed solo for “Cover Me Up,” a song that gets cheers every night when Isbell sings, “I swore off that stuff, forever this time.”

Closing out the main set, the band turned things up for “Super 8,” a rollicking rock song filled with lyrical mishaps and hilarity brought to life with raging guitars and a runaway rhythm section. After the unofficial finale, the band left the stage while fans took to their feet to roar their way into an encore.

The collective returned with Spencer to pay homage to The Rolling Stones and late drummer Charlie Watts, unleashing a rendition of the classic, “Gimme Shelter.”

Spencer and Isbell complemented each other’s voices with brimming soul while the band held down the classic slow-burning rock song. And in a fitting send-off, Isbell once again wrapped his fingers around his guitar neck for a blazing solo on a gorgeous sunburst electric guitar. 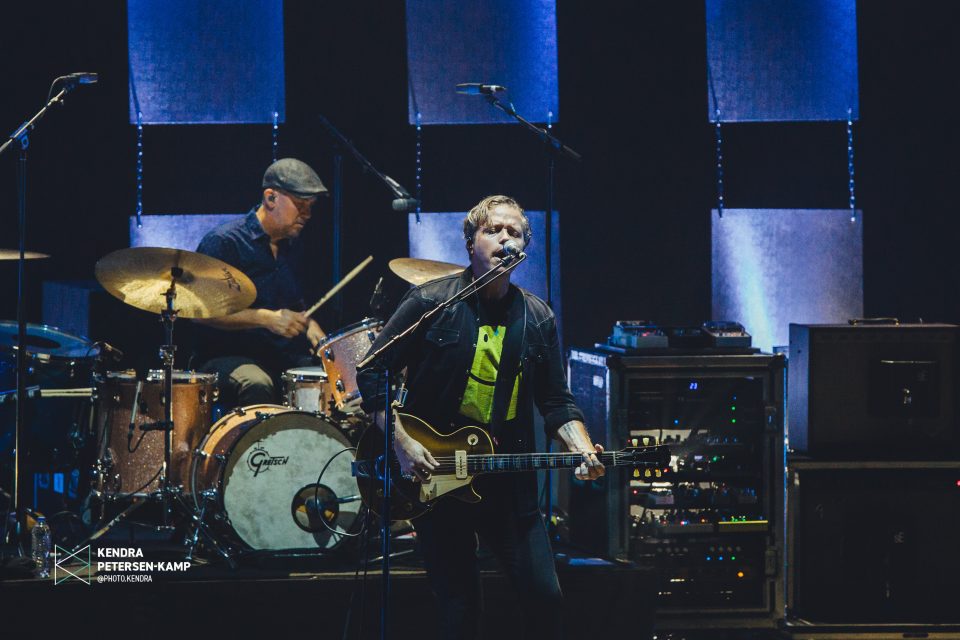 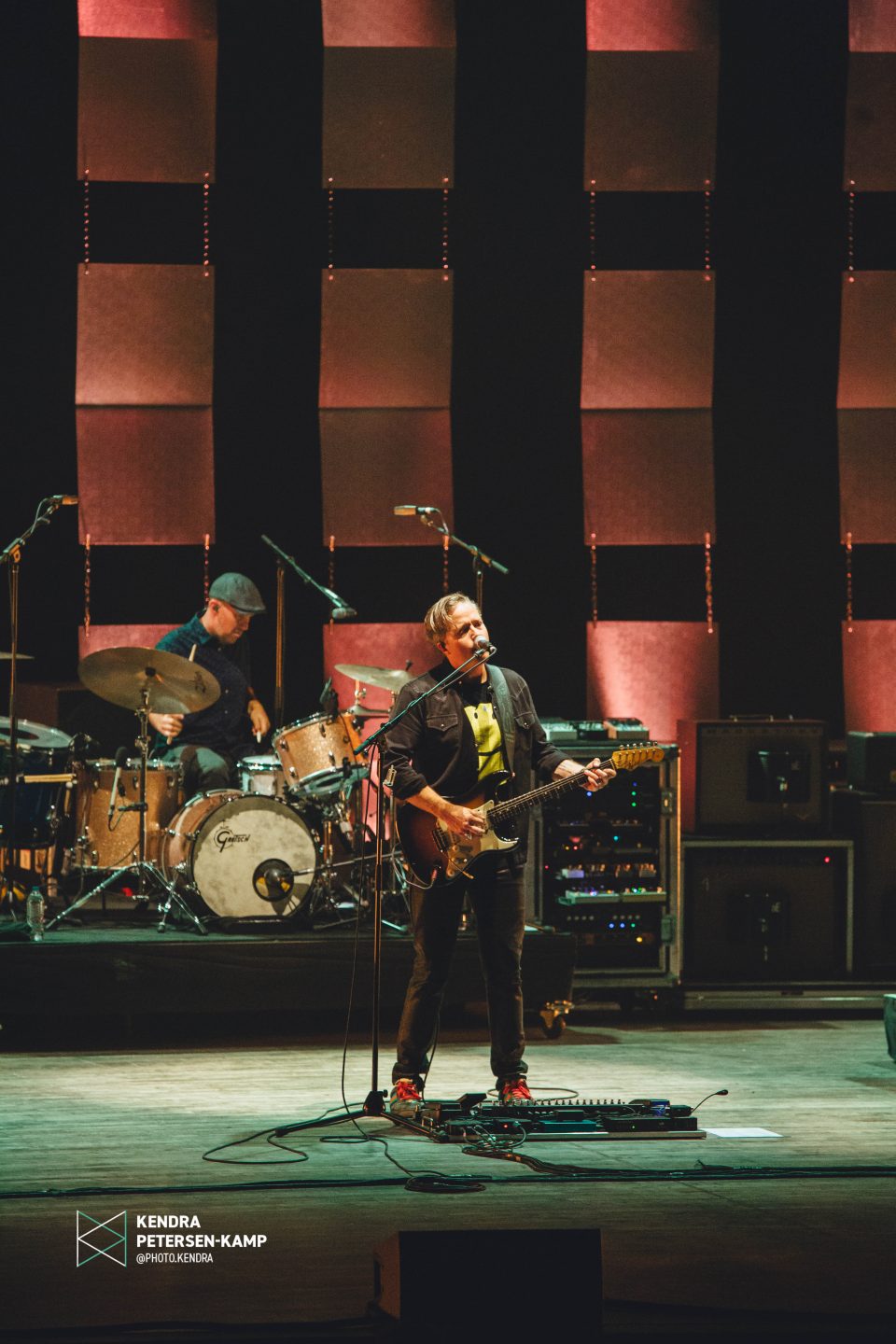 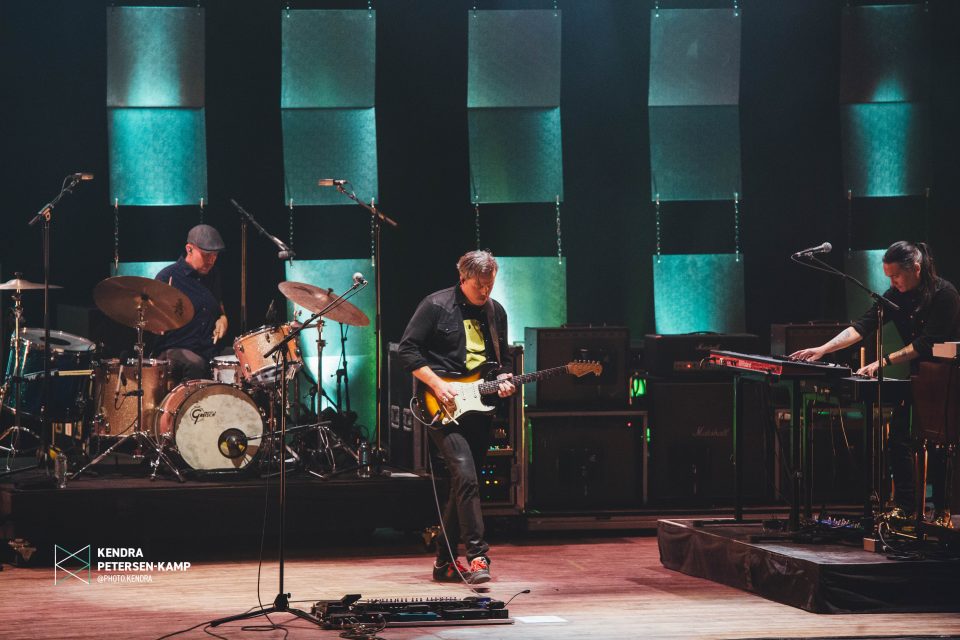 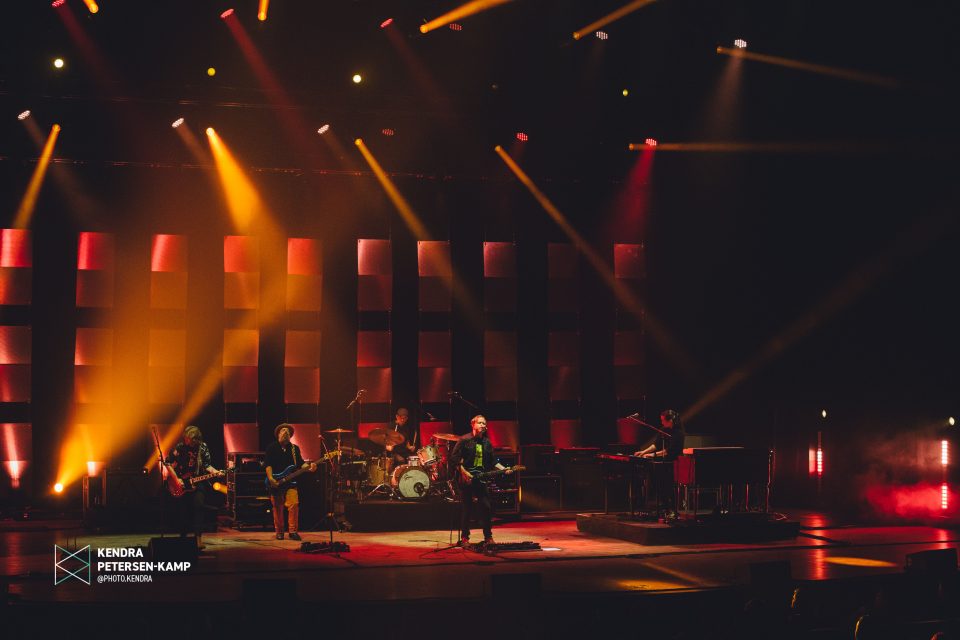 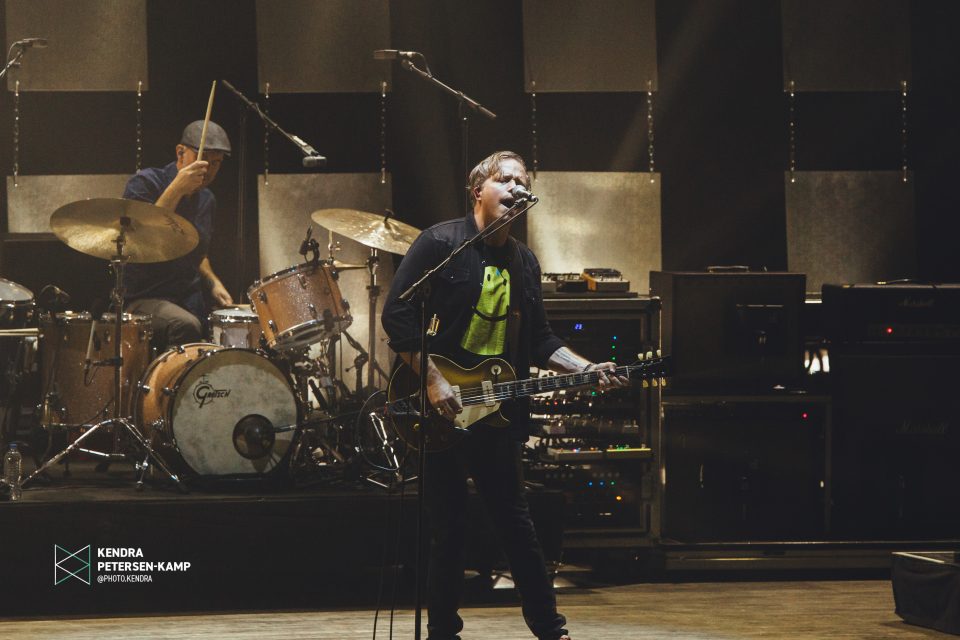 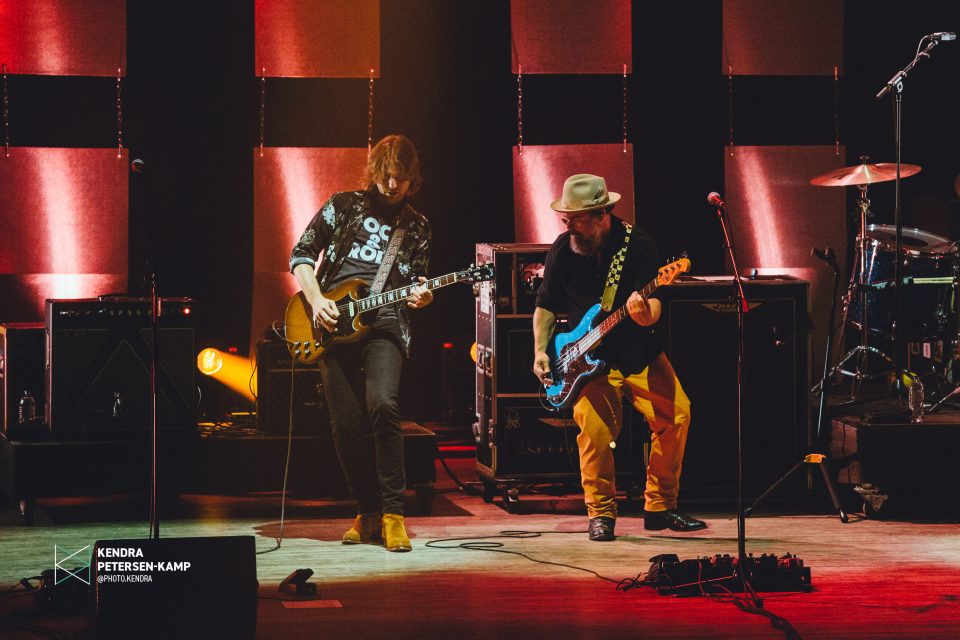 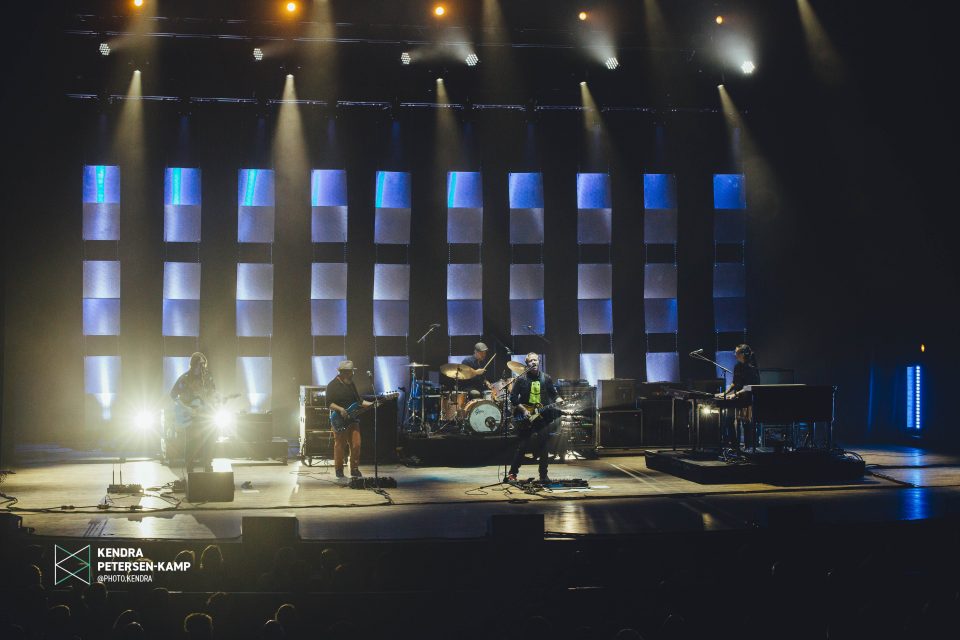 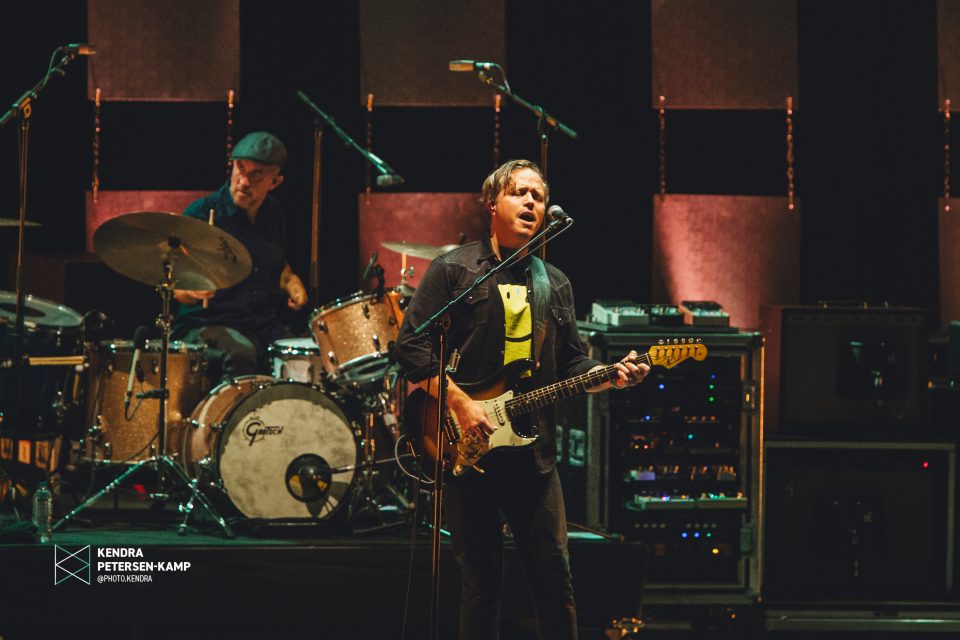 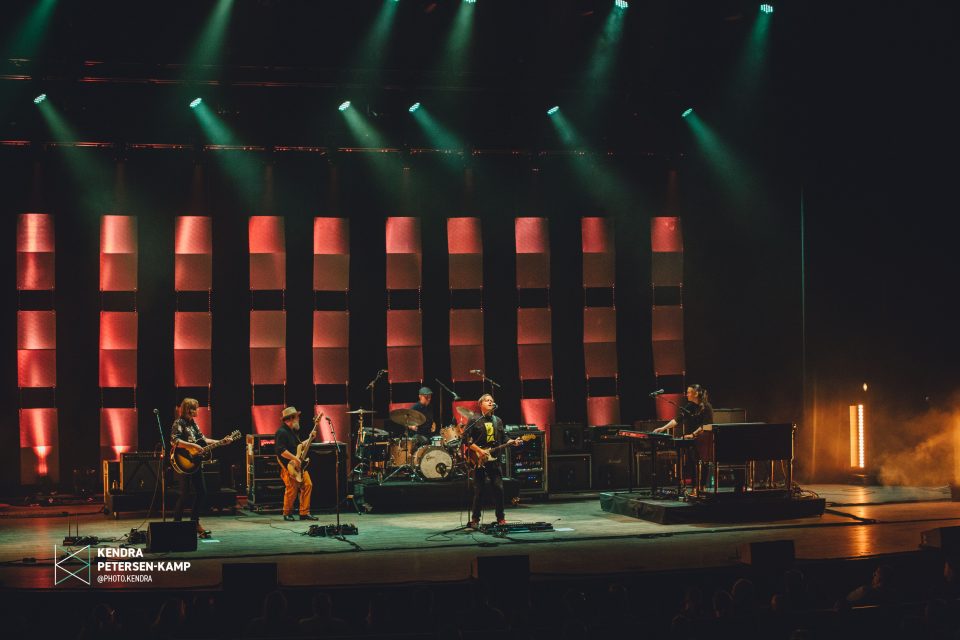 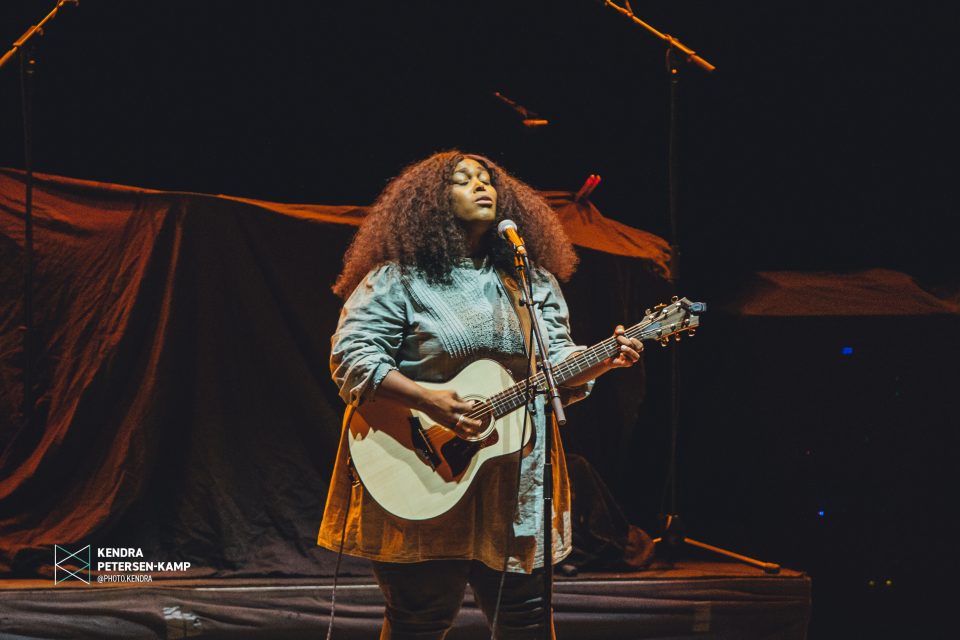 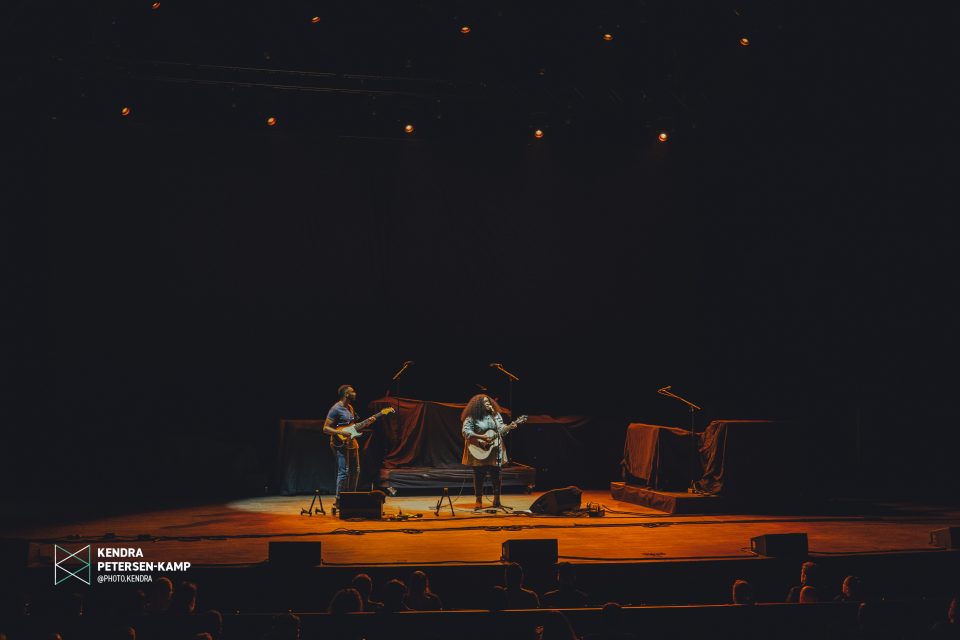 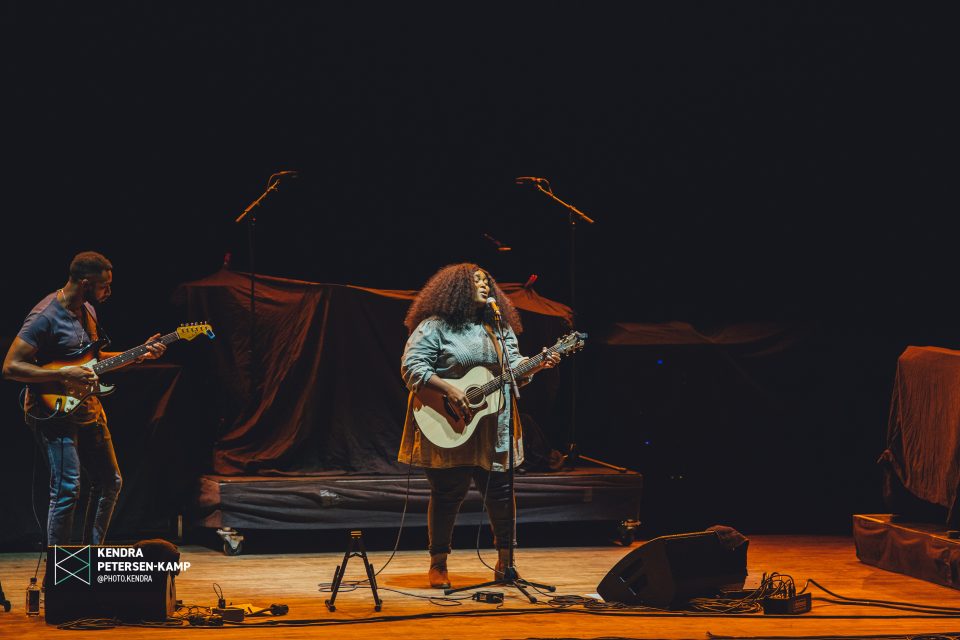 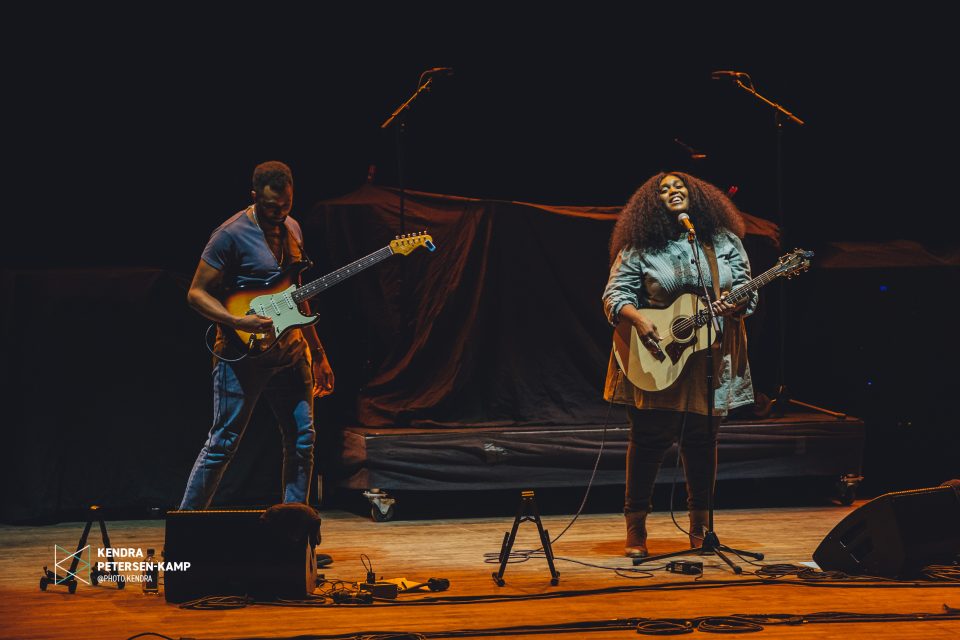 Edit this setlist | More Jason Isbell and the 400 Unit setlists