Influenced by WYCE’s Jammie Awards, the Local Spins Hot Top 5 for February was filled with acclaimed regional acts. Sample the albums, listen to local debuts in the March 1 Local Spins on WYCE podcast. 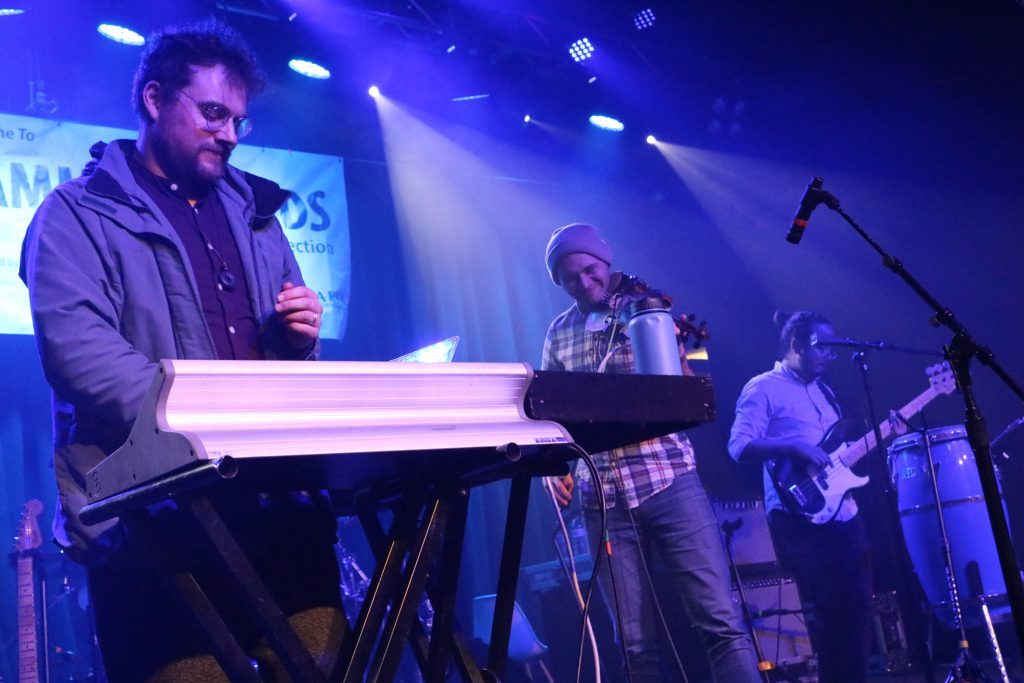 Back to No. 1: Heavy Color, performing here at the Jammie Awards, topped the February chart. (Photo/Anna Sink)

SCROLL DOWN FOR LOCAL SPINS ON WYCE PODCAST, SONGS FROM CHARTED ARTISTS

As WYCE Music Director Shane German puts it, February was all about the 20th annual Jammie Awards celebration.

Consequently, the Local Spins Hot Top 5 chart representing the local and regional artists which enjoyed the most airplay at WYCE-FM (88.1) last month was packed with familiar, high-profile award nominees and winners. 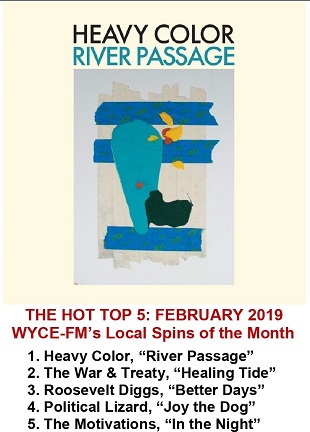 Political Lizard is the only new entry on the chart.

For the third time in the past five months, Toledo-area electronic and “future beat” act Heavy Color snagged the No. 1 spot on the Hot Top 5 with the world music-hued “River Passage,” which didn’t win any Jammie Awards but was a runner-up for best electronic album of the year and impressed many fans with the band’s performance on the main stage at The Intersection during the Feb. 8 awards show.

Coming in right behind Heavy Color at No. 2 on the February chart was the big Jammie Award winner of the year -(with a highlight-reel set at the Jammies and at St. Cecilia Music Center a couple weeks later), Albion’s The War and Treaty, the soulful roots music act that won three awards at the Jammies for “Healing Tide,” including album of the year, best blues/soul album and song of the year.

West Michigan Americana favorite Roosevelt Diggs, which won the listeners’ choice award for album of the year, was No. 3 on the Local Spins Hot Top 5 for “Better Days.”

But the No. 4 spot went to a young, up-and-coming, soft indie-rock duo that released its debut album, “Joy the Dog,” the same night as the Jammies, but on a stage five blocks away at The Pyramid Scheme: Political Lizard, which features songwriters Jenna Olson and Caleb Waldvogel. Look for that band to make a splash at the Jammies in 2020. 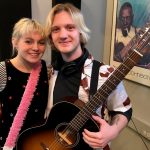 And finally, the ever-popular and enduring May Erlewine & The Motivations made the chart for the third month in row with their “In the Night” EP.

Like Political Lizard, this week’s edition of the Local Spins on WYCE radio show focused on several acts that could make serious bids as nominees for next year’s Jammie Awards.

The March 1 show featured the on-air debut of new tracks by In the Valley Below, Olivia Mainville & The Aquatic Troupe, Michigander, The Soods, Steppes, Brother Elsey, McWeakerton and Seventh Son, as well as music by The SEVENth, Heaters, Dawning and Red Tail Ring (which headlines Saturday’s Kalamazoo Fretboard Festival at the Kalamazoo Valley Museum). Listen to the full podcast here and check out the list of new local/regional additions to the WYCE library below.