The Earthwork Music singer and her band’s soulful, dance-hued EP soared to the top of the WYCE chart the same month it was released. The Gasoline Gypsies and McWeakerton also made their chart debut. 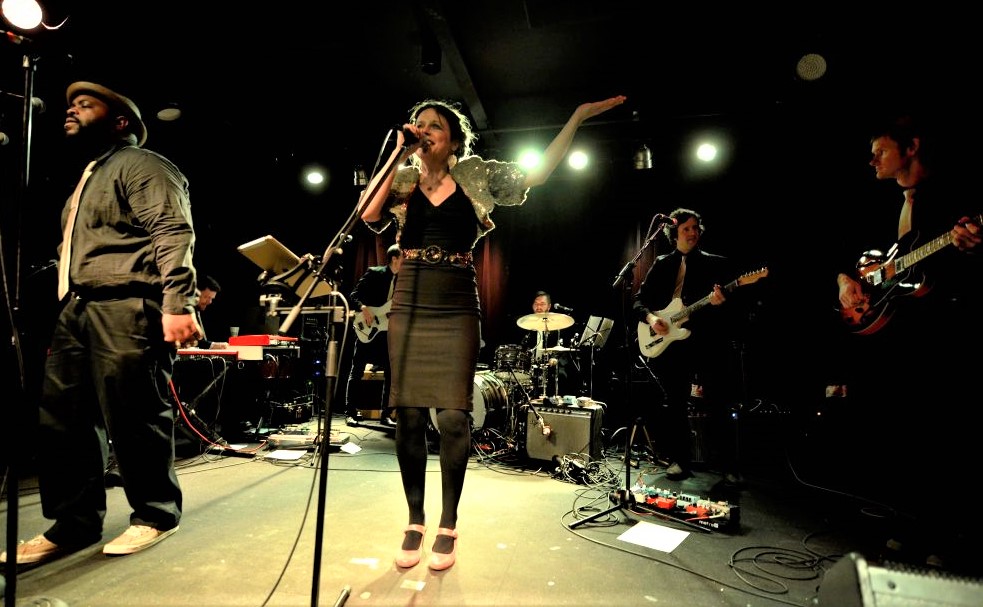 SCROLL DOWN TO LISTEN TO TRACKS FROM CHARTED ARTISTS, VIDEO

May Erlewine has long been a Michigan favorite, mostly because of her well-crafted folk, Americana and country-hued songs.

But make no mistake, Erlewine was reared on the “classic soul” of Irma Thomas, Barbara Lewis, Brenton Woods, Solomon Burke and Sam Cooke, not to mention Motown and Michigan legends such as Diana Ross, The Temptations, Marvin Gaye and Stevie Wonder.

And those influences have inspired the singer and her band, The Motivations, which has regularly fired up venues across the state for “winter dance parties” crafted to uplift folks with dance-hued soul music.

That music certainly has captivated fans, and in the case of a new four-song EP released in early December, in very short order: The Motivations’ “In the Night” leaped straight to No. 1 on the Local Spins Hot Top 5 chart for December, representing the local and regional release that earned the most airplay at community radio station WYCE (88.1 FM). 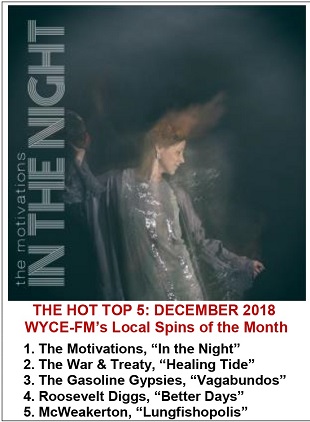 The Motivations debuted at No. 1.

“I’m so honored that people are enjoying the music,” Erlewine told Local Spins. “I put a lot of love into those songs, as did everyone involved, and we had a lot of fun making the EP at La Luna (Recording in Kalamazoo) with Ian (Gorman). It means a lot that people enjoy this other project/side of my music, and are coming to know what to expect when the see The Motivations.”

Erlewine, by the way, will aim to wow audiences overseas, too: She begins a tour of the United Kingdom on Jan. 18.

The Motivations weren’t the only Michigan band to make their Hot Top 5 debut in December: The Port Huron-bred rock, roots and Americana group The Gasoline Gypsies entered the chart at No. 3 with their latest album, “Vagabundos,” with Grand Rapids rock band McWeakerton at No. 5 with its new release, “Lungfishopolis.”

And after dropping out of the Top 5 in October, The War & Treaty’s “Healing Tide” returned to snag the No. 2 spot for December, with Americana’s Roosevelt Diggs making the chart for the second month in a row with its latest album, “Better Days,” which finished at No. 4.

Listen to tracks from all of the albums below, and browse the list of new local and regional releases at WYCE.

VIDEO: May Erlewine & The Motivations, “In the Night”