Now based in Traverse City, the indie-folk duo plays a “homecoming” show Thursday at Bell’s Brewery in Kalamazoo and the Fretboard Festival in March, before mounting a three-week tour of Australia. 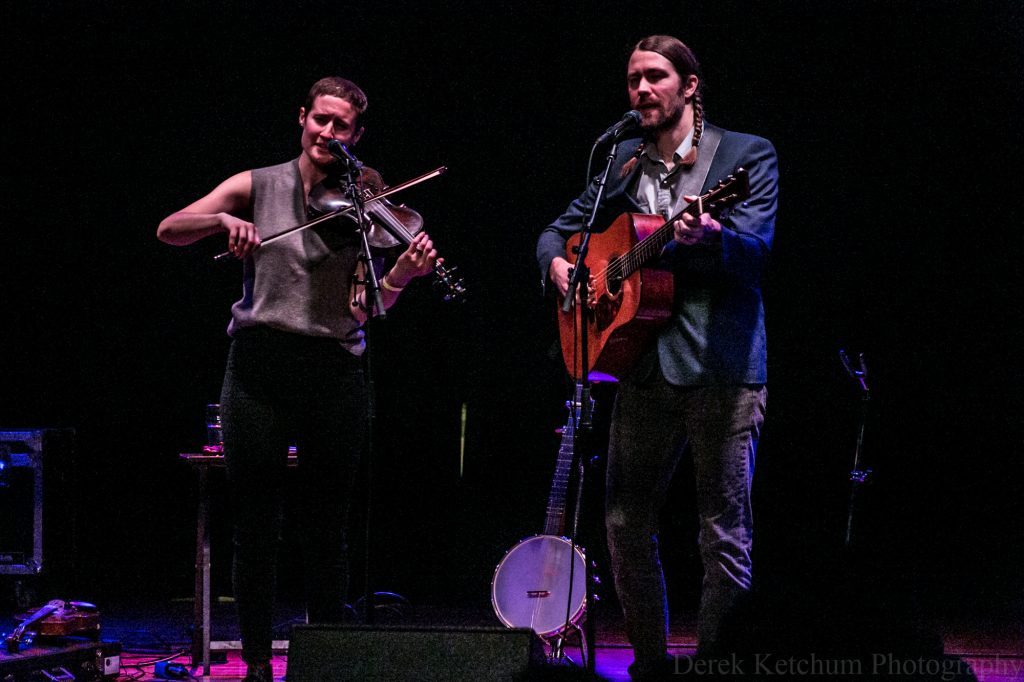 Since Local Spins last caught up with Laurel Premo and Michael Beauchamp-Cohen of Red Tail Ring two-and-a-half years ago, the then-Kalamazoo-based duo has moved north to Traverse City, toured extensively across the globe, taken a six-month sabbatical and started to string together a pair of solo albums. 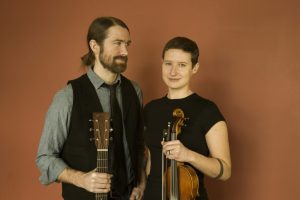 On Thursday, they’ll take the stage together in a special seated “homecoming” show in Bell’s Brewery Eccentric Cafe that will highlight material from both of their upcoming projects as well as Red Tail Ring classics that fans of the innovative duo have come to love over the past decade.

“These solo projects that we have both been working on are not many worlds away from Red Tail Ring, but the material is just different enough that we are freeing ourselves from trying to do it all through the lens of Red Tail Ring,” said Premo.

Busy spending the week leading up to the show laying down tracks for her “completely instrumental, fiddle-driven album” at La Luna Recording and Sound in Kalamazoo with engineer/producer Ian Gorman, Premo said that her forthcoming release will take “old archaic, pentatonic fiddle tunes” and “weave together (her) interests in crooked and wild sounding … music, as well as the intertwined heritage of old time music and blues guitar.”

Stating that she’ll be “making arrangements, tempo and tonality choices that emphasize the hard core nature” that she hears in those songs “deep down,” the album will feature a few well-known special musical guests on acoustic and electric guitar and double bass.

GETTING WEIRD ON THEIR OWN, MAKING IT RICH TOGETHER

Writing independently, Premo stated, has allowed both musicians to experiment more and “get as weird” as each of them wants. It does so without putting any pressure on jeopardizing the defining sound that has become Red Tail Ring, which in 2016 released the acclaimed “Fall Away Blues,” winner of the Local Spin of the Year award.

They can then “bring back a little bit of that goodness when (they) play together and it makes everything that much richer,” she said. 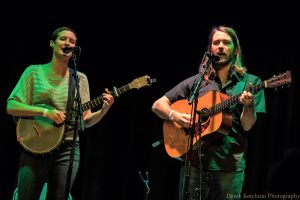 Some of that richness will be on full display Thursday in versions of the new cuts that were arranged specifically to fit the RTR mold. Aside from a few performances at Earthwork Harvest Gathering over the past couple years, much of the material will be getting played for the first time, Beauchamp-Cohen chimed in.

“Pretty much the entire time we’ve been doing Red Tail Ring the last 10 years, I’ve been slowly squirreling away songs that don’t fit with the Red Tail Ring idea and now I have enough of them to record a solo album,” he continued, stating that he hopes to have something out in late 2019 or early 2020.

“The songs that I have written (for this album) are very lyrical and are inspired by a variety of moments in the last couple years, that I have just expounded on. … I’m still putting the finishing touches on them, but I think they are some of the best I’ve probably done.”

ACROSS THE SEA AND DOWN UNDER

In addition to their solo projects and upcoming show at Bell’s — as well as a headlining performance at the March 2 Fretboard Festival in Kalamazoo — Premo and Beauchamp-Cohen are preparing to hit the road for an extensive, three-week Australian tour this March that includes a stop at the prestigious Port Fairy Folk Festival. 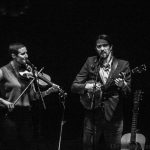 “Being in Red Tail Ring for the past 10 years has been really formative for both me and Laurel musically, but it’s also really shaped our world and allowed us to see parts of the world that I never thought I’d get to, or that it even occurred to me to go see,” Beauchamp-Cohen said.

“Doing it in the context of music and going on tour, it just makes it that much more exciting of a prospect. … and it’s always fun to go somewhere where being from the Midwest is considered exotic.”

The duo moved to Traverse City about six months ago, so this week’s seated show gives Southwest Michigan fans an opportunity to see them again.