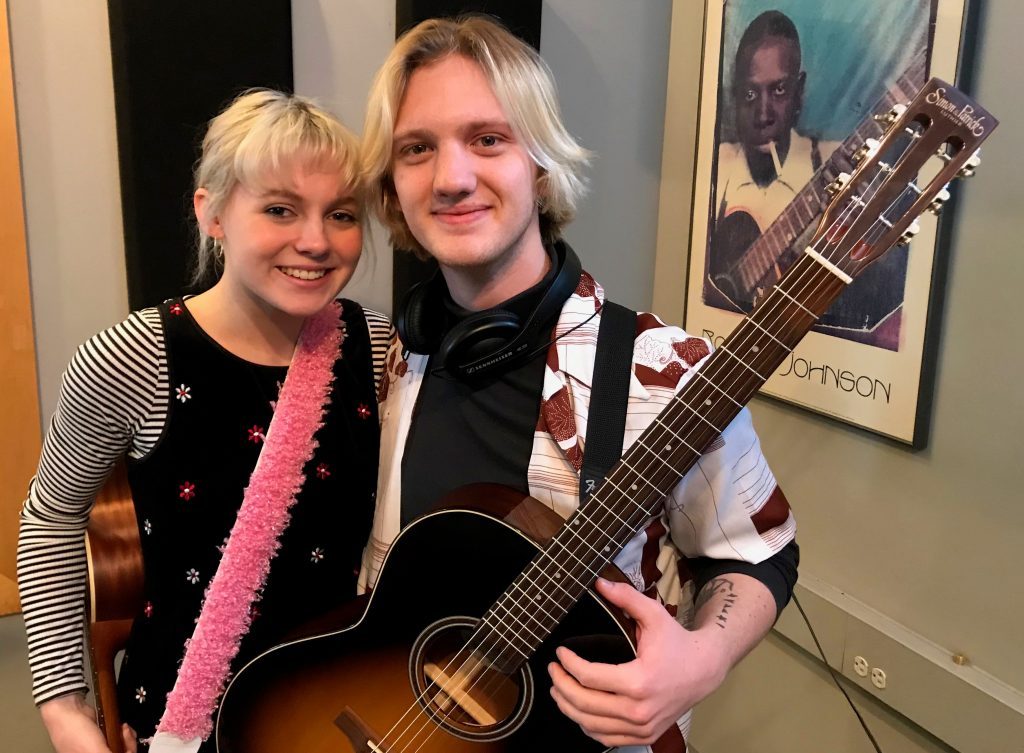 As young as Traverse City’s The Accidentals may be, their breadth of experience as road-tested touring veterans and willingness to showcase other Michigan artists has benefited numerous acts in recent years, from Olivia Mainville to Jake Allen.

The alt-folk Accidentals invited the duo of Jenna Olson and Caleb Waldvogel to tour with them last summer, travels that not only helped expand Political Lizard’s audience but gave the group insights into the touring life. 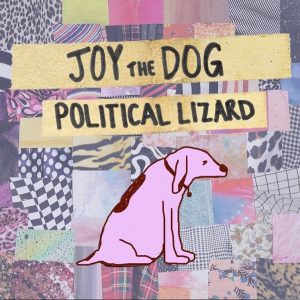 “They’re some of the kindest people that we know. Without the experience that we had last summer touring with them, I don’t think we’d have the mindset that we do about a tour because there’s so much that goes into it,” Olson said.

“It’s a lot of planning and keeping your voice healthy so you can sing and play every night. It was really sweet of them to invite us and give us an experience that we wouldn’t have gotten otherwise. It kind of gave us a head start.”

Added Waldvogel: “It really kicked us into shape.”

Indeed, the young songwriters who met and started performing together as Rockford High School students have shaped up impressively: They’re about to release their first full-length studio album, “Joy the Dog,” spotlighting the genre-defying, harmony-driven music with an “irregular and genuine song structure” that defines the group.

Waldvogel and Olson showed off their captivating and poignant songcraft during this week’s edition of Local Spins on WYCE, performing the song “Sway” and “5” in-studio. Check out the premiere of “5” in video form here, with the full radio show podcast below.

“We don’t try to glue ourselves to one genre, but write and compose in whatever form complements or fits the song at that moment,” said Waldvogel. “Like all other Grand Rapids bands, we have an undying love for the West Michigan music scene and strive to grow and promote local music as best as we can.”

The full band, Olson said, helps “expand our options and grow into fields we couldn’t do just with the two of us.” 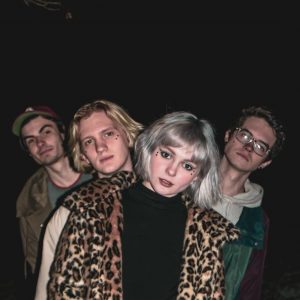 That band will perform for just the second time on Friday, Feb. 8, staging an album-release show at The Pyramid Scheme in Grand Rapids with Leland Blue and Lane Ellens also on the bill. Tickets to the all-ages show are $10 in advance, $12 day of show. Get tickets and details online here.

Waldvogel noted the duo’s soft rock songs are “easily adaptable to a full band” – a band that allows Political Lizard to exude “a different energy and a lot of movement.”

And as Olson put it: “Now, we can make louder sounds.”

As songwriters, the pair leans on different influences. Waldvogel cites Leonard Cohen and David Bowie; Olson exhibits affection for everything from “coffee shop singers to Grateful Dead or Phish” and the music she soaked up from her dad.

Together, they’ve started creating songs in collaborative fashion with hopes of recording a follow-up, acoustic EP later this year.

Their primary focus, however, is touring behind their debut album, with shows in the Upper Peninsula, lower Michigan and elsewhere in the Midwest in May, as well as playing festivals such as the Bus Benefit and White Birch Music Festival.

Related Story: The Accidentals’ trailer with $70,000 in gear stolen; musicians and fans respond with donations