The Earthwork Music artists based in Toledo generated a buzz and lots of radio airplay for their latest, uplifting collaborative project. See who else made the Hot Top 5 for October. 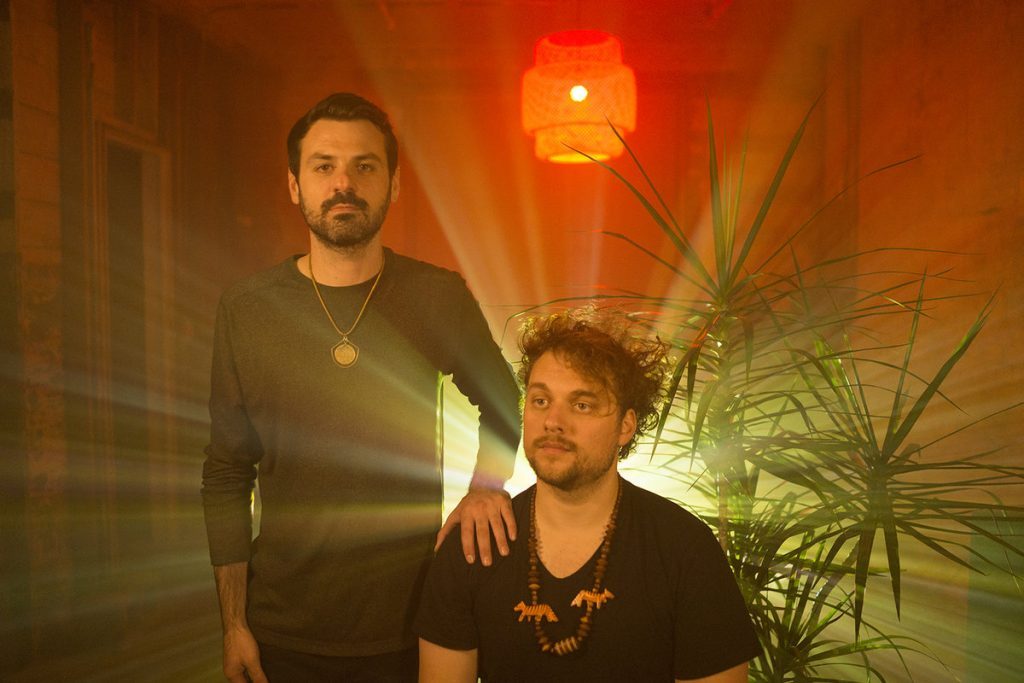 New Album: Heavy Color’s “River Passage” has been described as “a brilliant record.”

SCROLL DOWN TO LISTEN TO SONGS, VIEW A LIST OF NEW LOCAL RELEASES

Technically, Heavy Color is based in Toledo, Ohio, though the duo of Benjamin Cohen and Sam Woldenberg is part of Michigan’s Earthwork Music collective.

And the future beat/psych-jazz/electronic duo’s latest project had Cohen traveling to the Eastern Democratic Republic of Congo with Akili Jackson of Radiant City Arts to serve as musical ambassadors in a cultural exchange program — something that led to a “brilliant” collaboration with African musicians on the new album, “River Passage.” 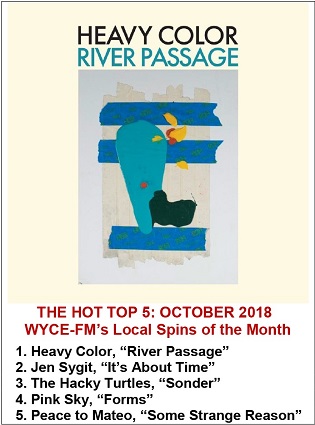 Heavy Color’s debut on the Hot Top 5 went straight to No. 1.

It also boasts the No. 1 spot on the Local Spins’ Hot Top 5 chart for October. Tracks from “River Passage,” with its electronic and experimental, jazzy take on world fusion music, earned more airplay on Grand Rapids community radio station WYCE-FM (88.1) than any other regional release last month.

More important, sales from the album will help fund projects in Congo that “directly support gender equity and fair wages for women in farming regions as well as the ongoing support of an arts center in the city Bukavu which teaches youth dance, recording technology skills and music lessons in an all around positive, safe space.” See more about that album online here.

Following right on its heels was the latest album, “It’s About Time,” from Lansing singer-songwriter Jen Sygit, which jumped up two spots from September. That was followed by Grand Rapids band The Hacky Turtles’ latest EP, “Sonder.”

The other two albums also have previously charted, with Pink Sky’s “Forms” at No. 4 and Peace to Mateo’s “Some Strange Reason” at No. 5 for October. Listen to songs from each of the charted albums here.