The festival kicks off Friday with a concert at Kalamazoo Valley Museum, followed by Saturday’s day-long affair with 15 acts on three stages, vendors and workshops. Get the full schedule at Local Spins. 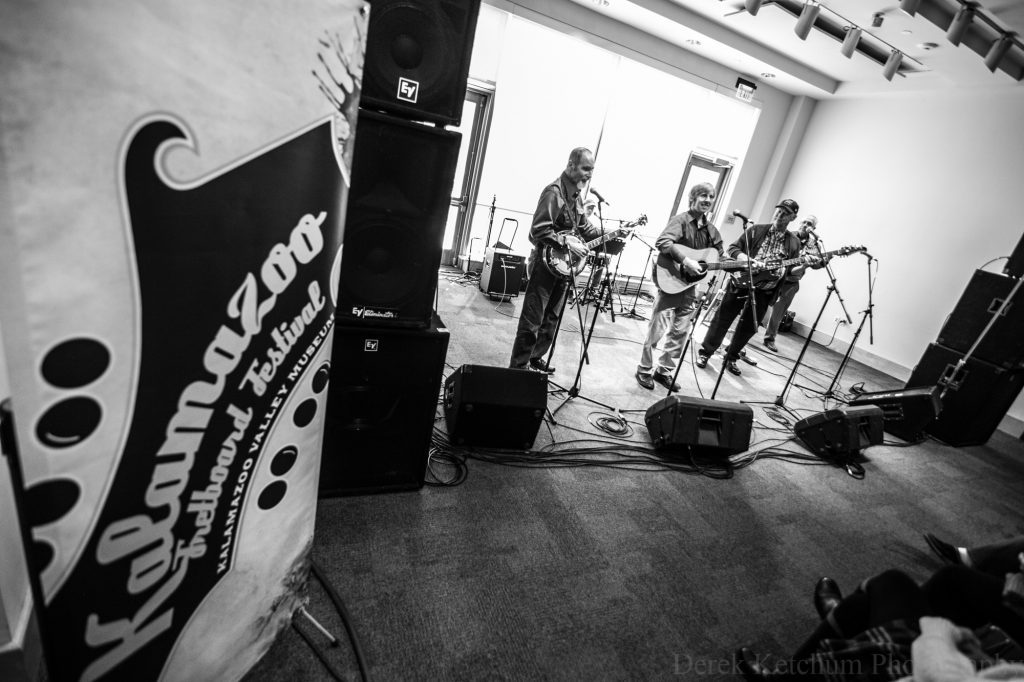 As Red Tail Ring’s Michael Beauchamp-Cohen puts it, “winter festivals are just cozier than summer ones.”

And with temperatures expected to reach a high of just above freezing Saturday, the temperature inside the Kalamazoo Valley Museum and adjacent Anna Whitten Hall during the 14th annual Fretboard Festival will no doubt be a bit “cozier” than that outside. 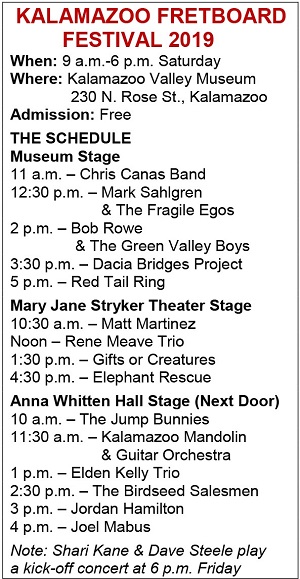 The free festival kicks off at 6 p.m. Friday with what promises to be a swinging, boot-stomping performance by Shari Kane and Dave Steele. Things will conclude approximately 24 hours — and 14 bands — later with an early Saturday evening show featuring the rootsy sounds of Red Tail Ring.

More than just performances, of which there are plenty to whet one’s musical appetite, Fretboard focuses heavily on the rich tradition of music in Kalamazoo.

“To think that some of the finest guitars, banjos and mandolins on the planet were crafted in this very town is worthy of an annual celebration,” said Brandon Foote, who will be performing with the duo Gifts or Creatures Saturday afternoon.

“It’s an important piece of history that’s carried on by so many great luthiers here in West Michigan today.”

This year’s event will be highlighted by a special presentation on the notable past of Gibson Guitars in the city.

And similar to years prior, it will cast a spotlight on many of the numerous guitar makers, musical organizations, recording studios, stores and groups that help form the tight-knit, and as Foote calls it, “vibrant music community” within the Greater Kalamazoo Area.

A COLLEGIAL AND COLLABORATIVE VIBE

“We love the format of the day, with the performances and the workshops bearing equal importance in the eyes of the organizers,” added Beauchamp-Cohen. 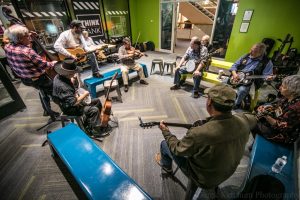 Bring Your Guitars: The Fretboard Festival once again will feature impromptu jam sessions as well as workshops. (Photo/Derek Ketchum)

“Free, community-centered festivals like this one often have a more collegial and collaborative vibe permeating them, so we’re looking forward to being immersed in it.”

Lending to that vibe will be close to 30 music-oriented vendors and more than a dozen performances spread across three stages, as well as workshops exploring everything from songwriting, to the art of versatility in performance, to sonic exploration and sessions catered to specific stringed instruments, including the banjo, ukulele, guitar and lap steel.

Vocal powerhouse Dacia Bridges, who attended as a guest last year and will be making her debut festival appearance in 2019 as frontwoman for the Dacia Bridges Project, said she’s looking forward to checking out a few of those workshops for the second consecutive year, and encourages others to do so as well.

“I find it very interesting to be able to sit in on workshops that you may have never considered,” Bridges said. “I believe that it gives people the chance to get up close and personal with musicians and take a closer look at how one can incorporate particular instruments in their music.”

ROUNDING OUT THE LINEUP 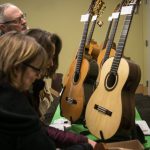 Also, attendees will have the opportunity to enjoy “pop-up” shows in common areas throughout the museum and hall from the likes of Matt Cosgrove, Megan Dooley, Public Access and The Out of Favor Boys Trio.

For more information on the free festival, visit www.kvcc.edu/fretboard/.

Check out Local Spins coverage of the 2018 Fretboard Festival.