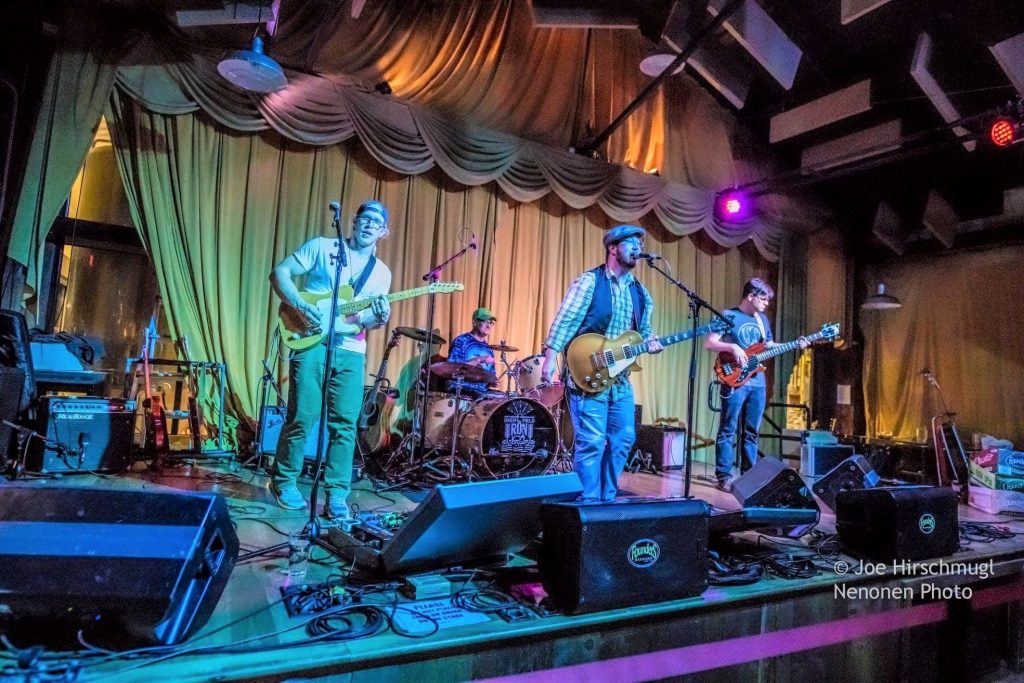 Hitting Their Stride: The boys in Deerfield Run take a step forward with the band’s new album. (Photo/Joe Hirschmugl)

For Deerfield Run frontman Alex Austin, songs have “gotta feel genuine” to resonate with him as compelling art.

So not surprisingly, he’s a disciple of acclaimed songwriters like Van Morrison, David Ruffin, John Hiatt, Jason Isbell and the guys in Dawes.

That music has shaped development of his own heartfelt writing, something that shines through on “Reckless,” the roots rock band’s sophomore studio album released last month. 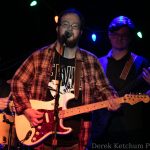 “The new album is pretty much a step up in pretty much every way I can think of,” Austin said of the follow-up to 2017’s self-titled, country-hued Deerfield Run debut.

“My songwriting has improved. We’ve grown as a band quite a lot. We’ve gotten a lot tighter as a unit. Our head spaces are all much more aligned, even though they were pretty aligned before. We all seem to be on the same page and we’ve all grown quite a bit as musicians.”

Check out a video of the band performing the new track “Break a Good Habit” at Dogtown Studios here, and scroll down to listen to other songs from the new album in this week’s edition of Local Spins on WYCE, which also includes an interview with Austin.

The coronavirus pandemic and shutdown, however, forced “massive changes” to elaborate plans for releasing – and touring behind – the new album in April.

“The best way I can honestly describe it is to imagine if you’re in a room with a bunch of origami paper stuff and someone throws a live grenade in the room,” Austin quipped. 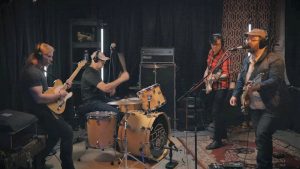 Consequently, the band delayed release of “Reckless” until September, without the usual album-release shows to support it. The album is available digitally on Spotify, Amazon, Bandcamp, Apple Music and elsewhere.

“At this moment, we don’t have many plans for the rest of 2020 and early 2021, primarily because of all the unknowns that the pandemic brought with it,” Austin said. “ We’re waiting and hoping for things to open up a bit more before we feel more comfortable with booking shows again.”

One area where Austin certainly feels comfortable is penning those “real” story songs that populate “Reckless,” including the twangy ballad “Too High a Price,” which bares his soul in the wake of a divorce several years ago.

“I think the stories I’m trying to tell make more sense, overall, and I’m better able to write about the complexities of love and life without sounding too preachy or cheesy,” he offered.

“As a band, I think we’ve improved immensely. Our collective musicianship has improved beyond cohesiveness, as well, and we’re all willing to take more risks in the arrangements of songs to try and make them as good as we possibly can.”

And while performing those songs live remains in limbo for the foreseeable future, Austin isn’t about to shelve his music and future plans for Deerfield Run.

Beyond an interview with Austin – and the airing of the songs “Too High a Price” and “Denver” from the new album – this week’s edition of Local Spins on WYCE (which spotlights local and regional music at 11 a.m. Fridays on WYCE 88.1 FM) also boasted the on-air debut of tracks by Michigan artists Laine Rex, VASE, The Y-Nots, The Concussions, Brother Wolf, The Accidentals, AK90, Amy Love and The Crane Wives (this week’s musician’s pick by Austin). Listen to the radio show podcast here.