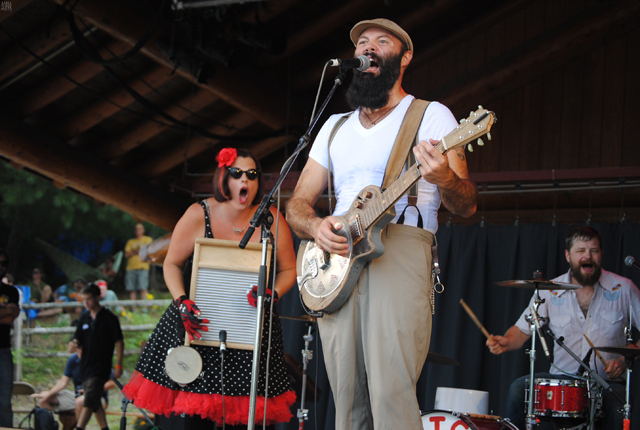 By the time Buttermilk Jamboree organizers wrap up this year’s edition of the grass-roots music festival on Sunday night, it’s likely the event will have quadrupled its turnout since the first jamboree back in 2011.

Save the image of this schedule on your smartphone to take to the jamboree.

It’s easy to see why: Few music festivals boast the kind of gracious attitude and family-friendly vibe of the Buttermilk Jamboree, held at the remote Circle Pines Center between Grand Rapids and Kalamazoo.

“Everybody is so respectful not only of each other but also of the Circle Pines Center property,” says musician Tony LaJoye, who’s performed at the festival every year and helped organize the event. “There’s almost never litter on the ground and everyone goes above and beyond when it comes to the trash, recycling and composting systems.”

Organizers also go above and beyond when it comes to booking musical talent, which not only features some of Michigan’s most popular and most buzzed-about bands in a variety of genres, but also some respected national acts. 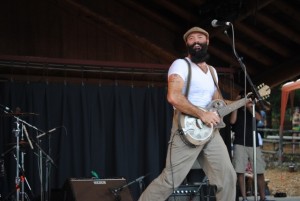 For the second year in a row, the jamboree has lined up national-caliber artists to give the event some added star power.

“We still wanted to focus on showcasing our many talented local and regional musicians and mix it up a little by introducing a few acts from farther afield,” says Tom VanHammen, center director. “We intend to maintain our family-friendly atmosphere while growing the festival at a sustainable pace.”

The festival drew 1,500 people last year compared with 500 in 2011, and organizers aim to hit the 2,000 mark this weekend “which is our maximum capacity,” VanHammen says, noting Buttermilk also hosts a variety of workshops – from songwriting to farming – within the 75-year-old center in Delton that boasts open space, woods, a campground, cabins, hiking trails and more. 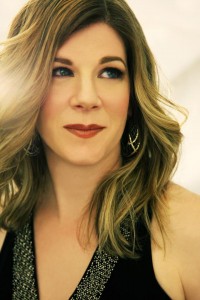 “We aim to keep our music lineup and workshops as diverse as possible, in terms of genres of music and topics, but also in terms of being culturally diverse. We typically will have a variety of folk, bluegrass, blues and rock. We’ve also been mixing in some jazz and hip hop. We throw in some Irish, Cajun, Cuban or other world music each year, too. Our tag line is, ‘creating cultural connections.’ ”

Indeed, that may be what brings some of the musicians back year after year to the jamboree hosted by a center that’s dedicated to social justice, peace, environmental stewardship and cooperation – and one where late music icons Pete Seeger and Big Bill Broonzy spent time during the summer.

LaJoye cites Buttermilk’s unparalleled “sense of community. It’s great to see all of the connections that are made throughout the weekend between people from so many different walks of life.”

Get more details and ticket information online at buttermilkjamboree.org. 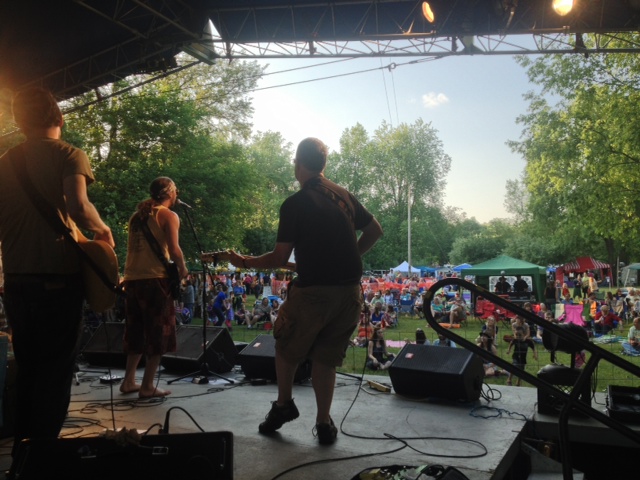