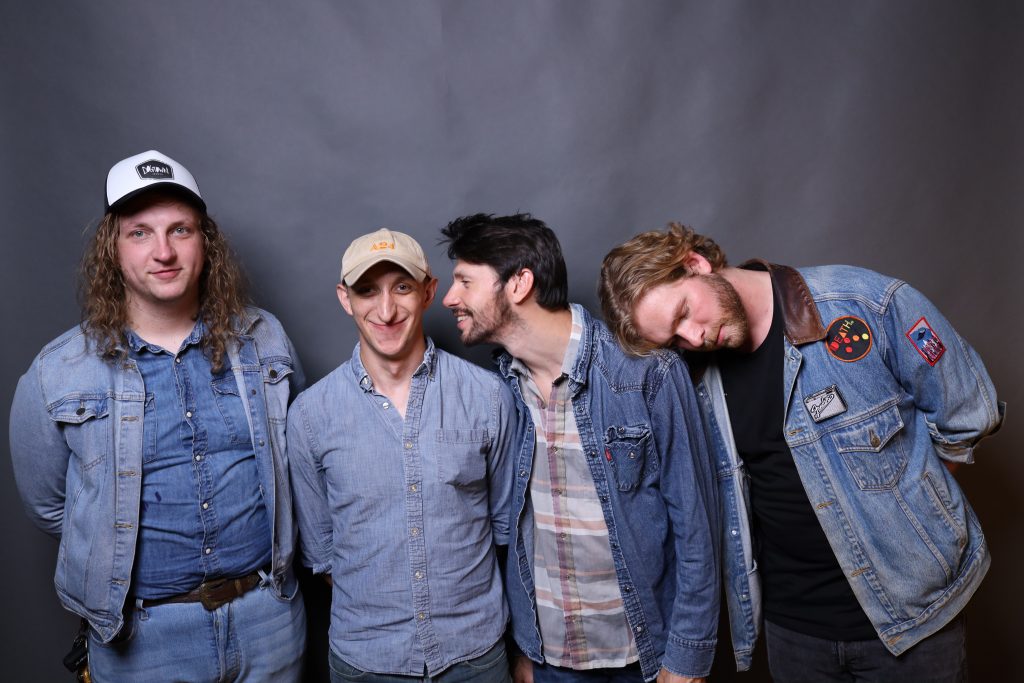 Whether it’s delving into fears surrounding Alzheimer’s disease or the challenges of sobriety, Holland singer-songwriter Mark Harrell has always felt it paramount to be forthright and sincere in his lyrics.

“For me, when I first started writing music and taking it seriously, I think I needed to be honest to the world and to myself, more importantly,” he says.

“Connecting is very important in my music. If someone feels like they know what I’m talking about, then they instantly feel connected to the song.”

Of course, making those connections over the past year has been difficult amid a pandemic that’s restricted the ability of musicians to interact with audiences.

For Harrell and his Americana- and alt-country-leaning band, The Hundred Star Hotel, things have been extra turbulent, thanks to “a crashed hard drive” that wiped out most of the tracks for a new studio album they now hope to release in early summer. 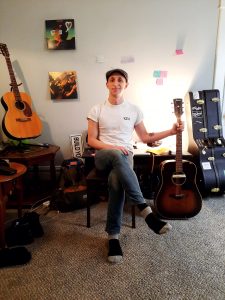 A Rough Year Musically: Harrell lost most tracks for the new album when a hard drive crashed. (Courtesy Photo/Nicole Bell)

“In terms of music, it’s been rough,” concedes Harrell, who has released two solo albums (“Onward from Here” and “Blue Birds”) since 2015.

“We had our album pretty much recorded in the beginning of the year but lost all of it except for our singles we released. We have done what we can and were able to make it out to Dogtown Studio (in Grand Rapids) for a two-song session and have had only a handful of practices since then, but know it’s for the best to take time and be safe above all else.”

COVID took the life of a member of his extended family, so Harrell’s sensitive to the risks associated with the pandemic. He further admits that he’s felt handcuffed in trying to write new material over the past several months.

“We are trying to stay safe while doing what we can remotely and in different solo sessions to finish the album hopefully soon,” says Harrell, who attended Holland Christian High School and graduated from Holland High School.

Still, he and his band – Jake Kalmink, Jonathan Fegel and Joshua Johnson – managed to release a few singles, including “Yellow Ridge” and “Jealous of Her Mind,” which Harrell featured for this week’s edition of Local Spins on WYCE. Watch the video of the band’s Dogtown Studio session here and scroll down to listen to the full radio show podcast.

“I’m focused on finishing the album and then will focus on new tunes for the next album. I felt weird watching so many people post about how much they have been writing about COVID and other social and political events,” he says.

“I felt guilty having strong feelings toward important issues and maybe feeling like I should write about it, but I wasn’t. There was a span of two to three months where I didn’t want to write at all.”

Now, however, Harrell is looking forward to summertime when he hopes live performances can return, along with the probability of a live-stream album-release show. 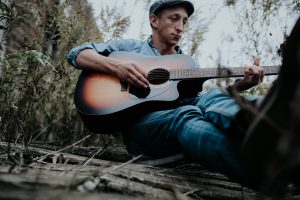 Growing up the son of a songwriter and musician, Harrell picked up a guitar when he was 11 years old but didn’t start writing music until many years later. He credits open-mic nights at Holland’s Park Theatre for first giving him a platform for his songs and introducing him to other musicians.

Initially influenced by the likes of John Prine and Jason Isbell, Harrell also has found himself inspired more recently by artists such as Laura Marling, Phoebe Bridgers, Jeff Tweedy, Run the Jewels, Black Thought and My Morning Jacket.

“I love good lyrics – lyrics that are introspective, that are witty and smart, deep, sad and thoughtful,” he says. “All of these artists encapsulate this trait.”

The same could be said for Harrell’s confessional and intensely personal songs, which will populate his band’s upcoming album and eventually, its live shows.

“I think if venues come up with a strategy to get shows back up,” he says, “then we will hope to be a part of that as much as we can.”

The Feb. 5 edition of Local Spins on WYCE – which spotlights local and regional music at 11 a.m. Fridays on 88.1 FM and online at wyce.org – aired nearly a dozen new tracks by Michigan artists, including The Breaker Brothers, Medicinal Groove, Hollywood Makeout, Public Access, Steve Leaf, The Band Mint, Chris DuPont, Pink Sky, I Believe in Julio, The American Hotel System and Further Closer (this week’s musician’s pick by Harrell). Listen to the full radio show here and check out previous episodes of Local Spins on WYCE.