Local Spins wraps up June with a look at six intriguing and diverse new releases by West Michigan artists. Plus, listen to tracks from all of the albums. 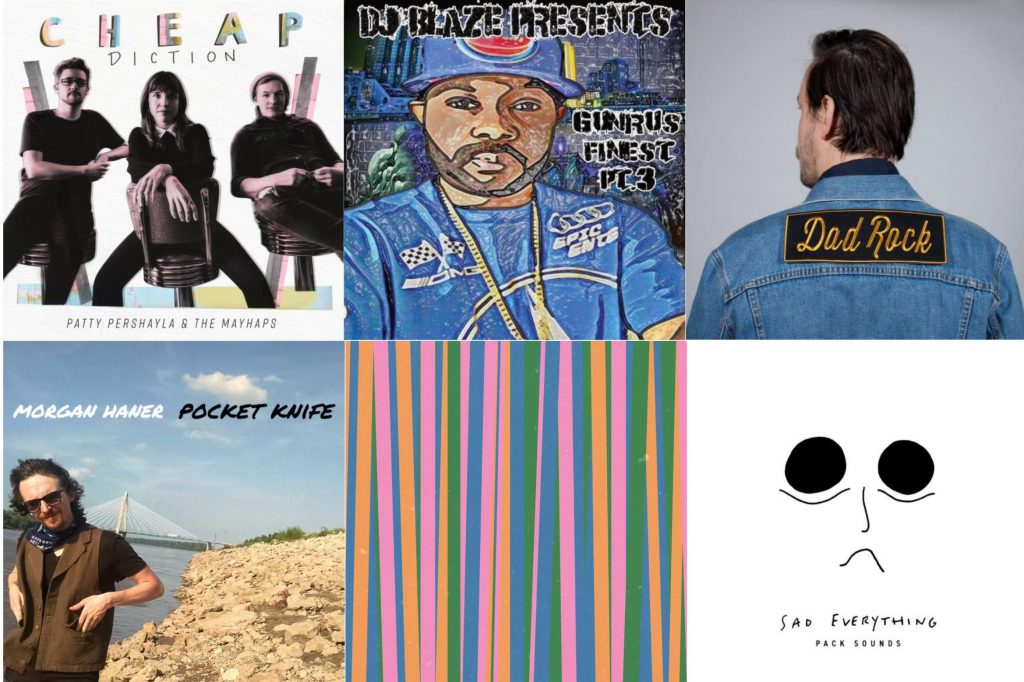 As we close out June, Local Spins takes a closer look at a half-dozen intriguing and diverse new releases by West Michigan artists.

This round-up features the rock of Patty Pershayla & The Mayhaps and Jack Droppers & The Best Intentions, the hip hop of DJ Blaze, the punk and indie-pop stylings of Pack Sounds, the multifarious ambient rock of Steve Leaf and the insightful alt-country of Morgan Haner.

Listen to tracks from each release and check out earlier reviews of albums by Michigan artists here. 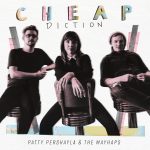 What Stands Out: From the opening salvo of the thoroughly infectious “Walking on My Hands,” it’s clear Patty PerShayla & The Mayhaps mean business on “Cheap Diction.” Essentially an expansion of the Grand Rapids rock band’s 2020 EP, “Good With Words ’n’ Sh’t,” the 10-track album recorded with “Uncle Tommy” Schichtel at Goon Lagoon spills over with the PerShayla’s Courtney Barnett-meets-early-Pat Benatar vocals, runaway-train guitar, bass and drumwork, and Pershayla’s take-no-prisoners lyrics – taking on the anti-immigrant establishment with vehemence on “Borders” or issuing her gritty rock anthem on “Dabbling in Rainbows” with a nod to The Who: I met a man who said he could write my name bigger/And I’d be sitting pretty at his corporate cabbage dinner/But I’d sooner kiss the sweet concrete before I ever admit defeat/And if I’m going down this round, at least I bleed glitter.
Digging Deeper: Pershayla’s strength lies in her raw fire, that unbridled and bluesy passion – something that fellow musicians and fans of her live shows have come to treasure. It’s not about polish and perfection. So if there are moments on “Cheap Diction” where the edges seem too smoothed out, PerShayla’s voice sets things to right with a growl.
Perfect For: Fans of Joan Jett & The Blackhearts, Grace Potter, Stevie Ray Vaughan and the punk-styled, 1979 version of Pat Benatar. – John Sinkevics
Website: http://pattypershayla.com/
Upcoming Shows: Friday (July 2) at Smiling Acres Music Festival in Trufant; July 10 at Hops at 84 East in Holland (solo); July 15 at Beaver Island Music Festival on Beaver Island; Aug. 10 at Frederik Meijer Gardens & Sculpture Park in Grand Rapids (for Tuesday Evening Music Club)
Listen: “Walking on My Hands” 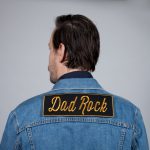 What Stands Out: Jack Droppers & The Best Intentions’ “Dad Rock” jumps into fatherly tropes with both feet — its complementary, reminiscent and unapologetically, shamelessly groovy. From tracks swooning over “Your Mama” to others welcoming a child “to the party,” the album centers around the complex, dissonant world that Droppers’ child is entering. But conversely, it’s a conversation from Droppers as a father to that child. Over 11 tracks, what message does he want to send to that bundle of innocence? The answer is an honest, emotional one that capitalizes on life’s highs while drifting through the lows with grace.
Digging Deeper: “Dad Rock” elegantly balances representing the band’s musical influences while also shaping them in a different direction. “Welcome to the Party” undoubtedly mixes Bruce Springsteen-esque classic rock direction with alternative and indie sounds. Everything from the Killers’ glitzy synth/guitar riffs to Black Keys’ blues-rock drums creeps its way into tracks like “Magic” and “Free” respectively. But the various homages aren’t as much of an influence scavenger hunt as they are the cherry on top of an incredibly refined sound. “Your Mama” captures that essence perfectly, with an artful twisting of driving drums, soulful vocals and quirky guitar work that culminates in an easy-listening, highly contagious track that lingers in the best way.
Perfect For: Cold beer sipping with friends young and old. – Nick Moran
Website: https://www.jackdroppers.com/
Listen: “Your Mama”

What Stands Out: Within the first few moments of the opening track “Pay For It,” DJ Bryant Blaze makes it abundantly clear Grand Rapids is home. Over the nine other tracks that comprise his latest release, he lays down contemporary rap beats with an ear for instrumental samples for his fellow hip-hop-minded 616 residents. As each featured rapper falls in line for a turn at demonstrating their pen game, kicks, snares and drums fill out the backbone of the beat as a plethora of orchestra pieces such as the bombastic horns and flutes heard in “Kickin Down My Door” or the Zaytoven-esque piano loop on “Doin What I Gotta Do.”
Digging Deeper: DJ Blaze knows how to make a beat, that much is clear. In fact, the production is consistently good, synthesizing unique samples with drum loops that wouldn’t sound out of place on a major label project a la Lil Baby or Lil Uzi Vert. However, some bars provided by his peers can leave a little to be desired. Fellow Grand Rapids artist King Kaution appears on “Selfie,” taking a stab at a danceable club song, but the more relaxed vibe seems to work to his detriment, with clunky delivery weakening lines such as “Getting dressed fresh out the shower/She wanna take a selfie.” But having a different MC on every song helps the issue, however, like with TYEDACEO’s standout rapping on “Street Heat.” In a rare appearance, DJ Blaze even raps the hook to “Ridin Thru Gun Ru,” another potential hit assisted by fellow 616 native, BEE JACK. To see the local rap community come together on such a solid project is electrifying.
Perfect For: Showcasing the variety of hip-hop talent in West Michigan. – Parker Learman-Blaauw
Website: https://www.facebook.com/djblaze616/
Listen: “Pay For It” 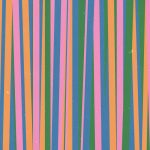 What Stands Out: While “Twelve Songs,” the latest release from Grand Rapids native Steve Leaf, puts on a simple face, the album’s complex folds hold anything but simplicity. The briskly produced track list is a treasure trove of complexity and honesty carried by boundless creativity. The journey guides listeners through playful blending of genres and touching songwriting. It’s obvious that Leaf flaunts an exceptional mastery of his craft, but pushes himself to explore boundaries. From the metallic synths to delicate noodling, the soundscape that surrounds “Twelve Songs” is captivating and broad in the best way.
Digging Deeper: “Twelve Songs” is a collection of four sets of three-song LPs, and those triplets pair well within their suit, but also juxtaposed between each other. “Shades On” opens with retro arpeggios and wavy synth leads before giving way to Leaf’s less-is-more vocals. The distinct layering allows robotic melodies and passing riffs to glide in and fill the frame before moving on with intent. Further down, “Midwest Nice” opens with a smokey saxophone solo before giving way to bubbly synths, poppy drums and blurry bass. Only Leaf’s vocal stylings feel like the string that ties the tracks together, but it’s entirely welcome as the album’s overall playfulness makes tracks like “Midwest Nice” stand out among a crowd of intricately crafted songs.
Perfect For: The indecisive and inquisitive listener, those who prefer hazy lines between genres. – Nick Moran
Website: https://www.steveleafmusic.com/
Upcoming Shows: Friday (July 2) at Otus Supply in Ferndale; Saturday (July 3) at Peat’s Cider Social in Stevensville; Sunday (July 4) at Borrowed Time in Douglas; July 10 at Ethanology in Elk Rapids; July 24 at Rake Beer Project in Muskegon
Listen To: “Midwest Nice” 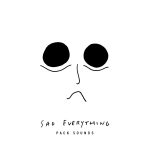 What Stands Out: On their newest EP, Kalamazoo punk band Pack Sounds exudes a distinct air of melancholy. The project—aptly called “Sad Everything” —is a brief, four-song exploration of self-contempt and hopelessness. The opening track “Treadmills” sets the tone for what’s to come, singing “Send me on my way with pills/Make sure it’s enough to forget.” The slow tempo set by the backing piano gives the guitar just enough time to soak in before moving forward. A reverbed guitar also leads the melody to “Glasses Half-Empty,” a pleading ballad to help a struggling friend with the chorus asking: “How can I help you/When I can’t help you?” There’s even a love song in the form of a self-deprecating appreciation for how another person makes them feel. “There’s a world outside where I feel so broken/You make me feel mendable,” singer Andrew Kallicragas explains. Overall, if the project shows anything, it’s an immense amount of promise.
Digging Deeper: Frontman Kallicragas has just the right amount of rasp in his voice to give the lyrics exactly the kind of emotion-soaked gravitas a project named “Sad Everything” needs. While a few lines here and there push the envelope (“I’m too numb to feel alright”), Pack Sounds walks the fine line between sounding overly sincere to the point of cringe and still reveling enough to recall similar feelings in the listeners. The instrumentals crafted mostly by drummer (and producer, mixer, keyboardist) Russell Wagner are simple but effective, letting the lyrics float on top of them as the focal point of the songs. Listeners might ache for more sonic variety, but the 12-minute track list would have made that difficult.
Perfect For: When you need to be reminded everyone feels down on themselves sometimes. – Parker Learman-Blaauw
Website: https://packsounds.bandcamp.com
Listen: “Treadmills” 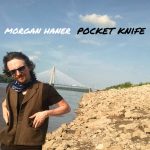 What Stands Out: As Kalamazoo singer and multi-instrumentalist Morgan Haner puts it, he wore “many hats at the same time” while writing, playing all the instruments and recording the nine-track “Pocket Knife” during the pandemic. You’d never know it by listening to this smartly arranged and produced Americana and alt-country collection filled with insightful songs that make you want to listen to them again immediately after you hear them the first time. The follow-up to 2017’s “Transmitter Blues” rolls out memorable lines with a blue-collar, down-and-out perspective, from “I’ve never been to this part of the story before/I’m seeing the world through a dead man’s eyes” to the poignant “Of all the ways that I could think to lose somebody/I’d say that this one probably has to hurt the most/Trying to say goodbye across the telephone line is about like trying to reason with a ghost.”
Digging Deeper: There’s so much sincerity unfolding on “Pocket Knife” it’s hard to find any flaws that might distract the listener. And it’s clear that Haner’s deep-seated work as a professional sound engineer paid off with the right sonic touches and instrumental enhancements to complement his dusky lyrics.
Perfect For: Fans of James McMurtry, Kurt Vile and The Wallflowers. – John Sinkevics
Website: https://morganhaner.bandcamp.com/
Upcoming Shows: Noon July 15 at Listening Room in Grand Rapids for “GR Live”; Aug. 18 at North Grove Brewers in Montague
Listen: “Bandolier”