Eleven diverse bands will play two stages at The Intersection in the first Winter Wheat fest since early 2020. Details, the schedule and a playlist at Local Spins. Dancing Up a Storm: Winter Wheat aims to spark that and more on Saturday at The Intersection. (Photo/Anthony Norkus)

After a three-year hiatus, Saturday’s Winter Wheat fest at The Intersection affords roots music fans the opportunity to reconnect while soaking up “the Wheatland magic that exists in the musical offerings.”

So says Bear Berends, who’s not only a member of the Wheatland Music Organization that stages the iconic Wheatland Music Festival every September but a guitarist for folk mainstays the Blue Water Ramblers who kick off WMO’s Winter Wheat fundraiser with an “open jam” at 1:30 p.m.

“It’s a chance to draw and bring together the Wheatland community between festival weekend in September and ‘Traditional Arts’ weekend in May – a chance to renew old acquaintances and make some new ones,” he said. “It’s an outstanding lineup this year.” Eleven diverse bands will play two stages – The Intersection’s main showroom and The Stache’s acoustic stage – during the day-long fundraiser for the Wheatland Music Organization, which hosts Winter Wheat for the first time since January 2020, just before the COVID pandemic undermined the music scene.

Tickets are $30 in advance, available online here, or $35 at the door.

‘SHAPING MUSICAL TASTES AND ATTITUDES’ WITH SOMETHING FOR EVERYONE

Berends quipped that the lineup features everything from “old duffers who have been around for 40 years to the youngins who are just taking off after cutting their teeth in the traditional music biz for a decade or so. There will be something for everyone’s musical taste.”

Jason Wheeler of the two-year-old Round Creek String Band said the traditional string band vibe adds the perfect touch to Winter Wheat, with members of the West Michigan band having attended Wheatland Music Festival for many years. 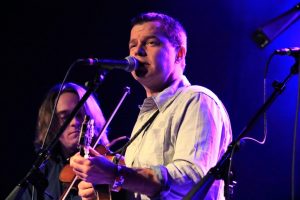 Back for 2023: Brian Oberlin and Full Cord played the last Winter Wheat in 2020. (Photo/Anna Sink)

The same goes for eastern Michigan’s The Gasoline Gypsies, who got their start in Port Huron and will close out Winter Wheat’s main stage at 9:30 p.m.

“I honestly don’t know if the Gasoline Gypsies would even exist without the Wheatland Music Festival. Wheatland has been such a huge influential force in shaping our musical tastes and attitudes since we were young teens,” said bassist Steve Briere.

“I can’t imagine what path we would have followed without having had that guiding musical experience each year. To be a part of the first Winter Wheat festival since the pandemic is an incredible feeling. We’re just honored to have the band welcomed as part of anything this organization offers.”

Briere said the band aims to “highlight our Americana catalog of original songs” for Winter Wheat, with guests Joe Haugh on mandolin and Conner Williams on keys joining them on Saturday.

Marilyn Hummel of the Wheatland Music Organization said proceeds from Winter Wheat will go into the organization’s general fund to be used for programming such as the Traditional Arts Weekend and Summer Wheat Music Camp. 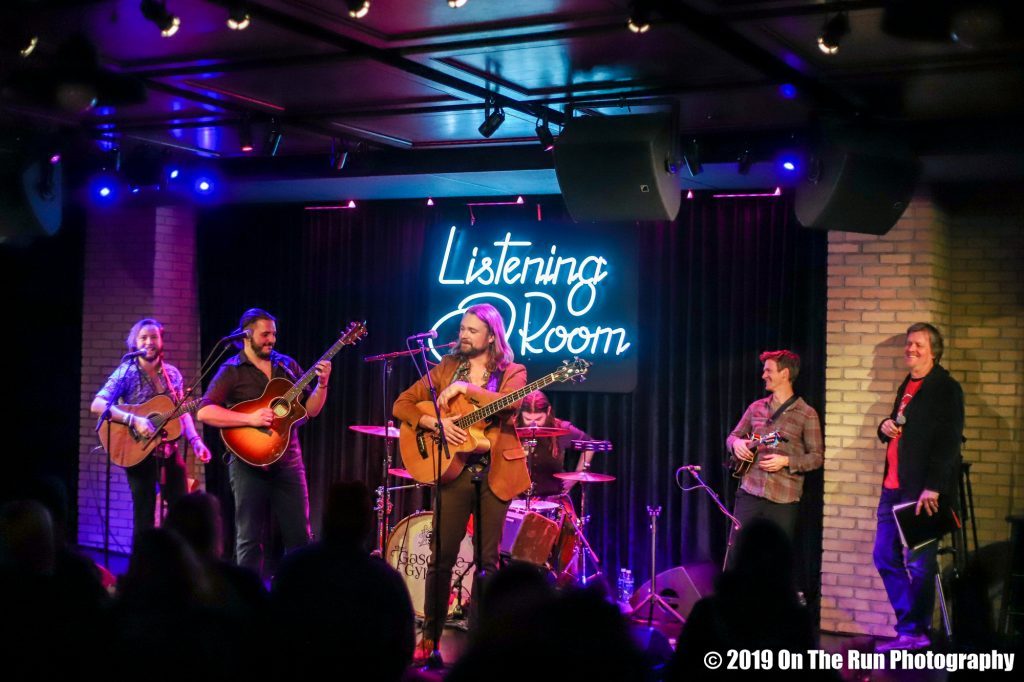 Gearing Its Set Toward Americana: The Gasoline Gypsies played a Local Spins acoustic show in Grand Rapids in 2019. (Photo/Eric Stoike)