The day-long affair hosted by the Wheatland Music Organization at The Intersection on Saturday has ‘something for everybody,’ with more than a dozen Michigan bands playing two stages. 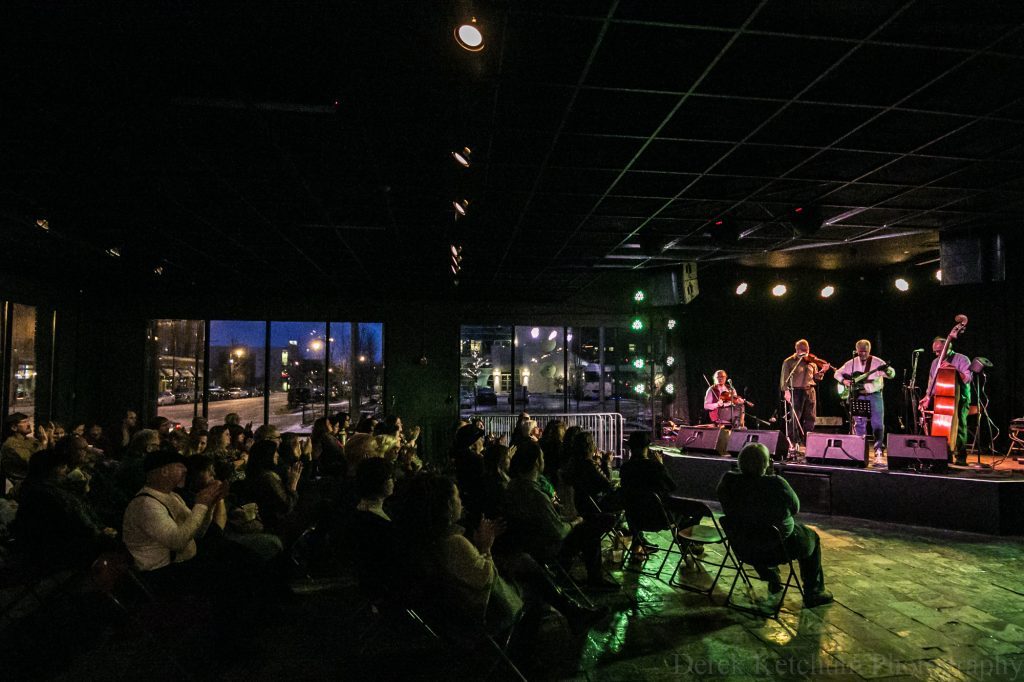 A Decade of Winter Wheat: Palooka Brothers will be back for the 10th annual event on Saturday. (Photo/Derek Ketchum)

SCROLL DOWN FOR WINTER WHEAT SCHEDULE

What was once a fundraiser to benefit the Wheatland Music Festival has grown over the past decade into something special.

On Saturday at The Intersection, the Winter Wheat festival will offer a place for fans of traditional music to shake off the winter blues and enjoy all that Wheatland has to offer.

With the event celebrating its 10th year, fans will find an all-day celebration that features an endless supply of bluegrass, honky tonk, Celtic, folk and even reggae music. 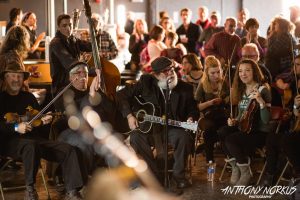 “We’re excited about the varied lineup,” said event organizer and Blue Water Ramblers member R.H. “Bear” Berends. “We’re fortunate in the greater Grand Rapids area to have a number of bands that have been around for an extended period of time.”

The Journeymen, a West Michigan bluegrass super-group, is even using the event as the CD-release party for the band’s self-titled debut album. The band performs on the main stage at 3:40 p.m. Check out the full band schedule below.

Kicking things off at 2:10 p.m. on the main stage will be the newly reunited The Hill People, whose members recently came back together after a 35-year hiatus.

ALL ABOUT ‘SUPPORTING THE WHEATLAND ORGANIZATION’

“It’s the same lineup as it was from 1980 to 1983, and we’re having a great time together,” said Tom DeVries, who plays guitar and mandolin for the group. “We’re looking to get as busy as we can get through the rest of the year and beyond.”

The band was a local favorite before disbanding in 1983. According to DeVries, recent shows have been met with just as much enthusiasm as they were during the band’s heyday. And when they take the main stage at Saturday’s event, they’ll continue to introduce their eclectic sound to a 21st-century audience. 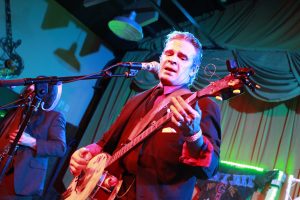 Since the first Wheatland festival in 1974, the organization has grown to become a prominent force in the preservation of traditional American folk arts. Funds raised Saturday will support the group, which hosts the popular, long-running Wheatland festival outside Remus every September.

“[Wheatland]’s very existence is based upon keeping traditional music – call it roots music, call it Americana, call it folk, call it whatever – their whole mission is to keep this music alive,” Berends said.

Doors open at 1 p.m. Saturday. Tickets are $25. Tickets can be purchased online through The Intersection here or at the door the day of the event.

Check out Local Spins’ coverage — with photos and video — of Winter Wheat 2018. 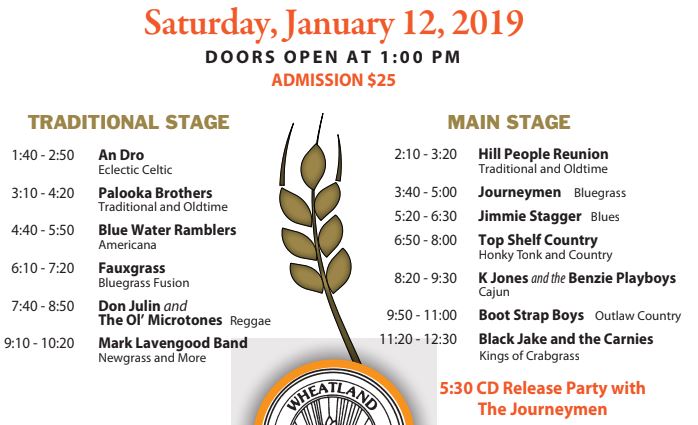