The erudite foursome with an eclectic approach that regaled audiences in the 1980s is back together, set to play One Trick Pony and Winter Wheat. The back story at Local Spins. 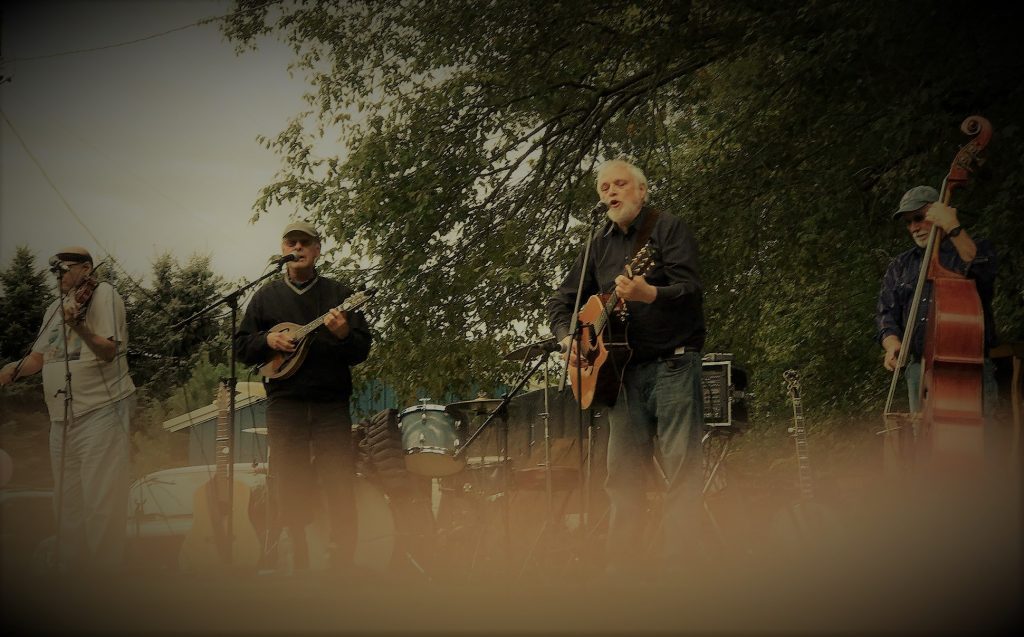 When veteran journalist Gerald Elliott wrote about The Hill People for The Grand Rapids Press in the midst of the band’s heyday back in 1982, he described the bluegrass-country quartet as possibly “the most educated group of its kind.”

As college graduates in notable professional positions in the Grand Rapids area, band members also happened to take a unique approach to bluegrass, weaving in elements of gypsy jazz, old timey folk, swing, rock, Celtic and world music into their performances, making them one of the region’s most popular acoustic acts while serving as the house band for “raucous crowds” at Bostwick Lake Inn. 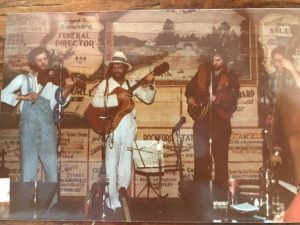 Some 20 years after playing their last gig – and 35 years after original band member Goodman left the band to take a job out of state – The Hill People have reunited, set to play Creston Brewery at 4 p.m. Sunday (Nov. 25), One Trick Pony in Grand Rapids on Dec. 1 and Winter Wheat at The Intersection on Jan. 12.

“When I recently retired from Indiana University, I decided to move back to Grand Rapids and began getting together with Duncan, Tom, and John who all enjoyed playing together and thought it would be intriguing to reform the original band 35 years later,” said Goodman.

“We have been practicing together since the spring and have just started to play publicly. The rest is recent history: 35 years later with exactly the same players, who would have guessed?”

DeVries, who’s played frequently as a solo artist and served as a member of the Blue Water Ramblers in recent years, said it’s been a satisfying reunion for The Hill People, so-named because three band members at one time lived in the Heritage Hill neighborhood. 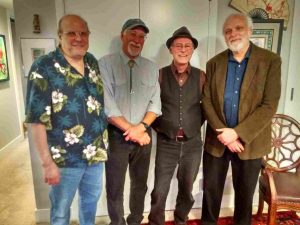 “Clearly, we are more seasoned, both in age and performance experience. We have expanded our original repertoire with more complex forms of instrumentation that are inspired by musicians like David Grisman, Django Reinhardt and Stephane Grappelli, along with bluegrass mainstays like Earl Scruggs, Vassar Clements, and swing musicians like Bob Wills and the Sons of the Pioneers,” he said.

“We still have great energy on stage and are told that our enjoyment of the music is contagious.”

Added Goodman: “It’s always a bit dangerous when we four highly educated guys get together to practice. Rehearsals are always fun with lots of personable banter using complex words that often require a dictionary, puns, word associations, and intelligent references that often reflect on Jung’s concept of synchronicity. But through it all, we do serious work arranging and rearranging of material, both old and new.” 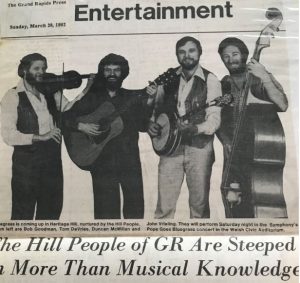 DeVries, McMillan and Goodman all have written original material, but DeVries said the band so far has chosen to perform “mostly tunes and songs that people will recognize because our fans liked them in the past, and because of a certain timelessness to bluegrass, ole time, swing, Irish and gypsy music.”

Influenced by the likes of John Hartford, John McCutcheon, Bob Dylan, The Beatles, The Ventures and the obscure Western Swing artist, Adolph Hofner, DeVries added that “the new and traditional instrumentals from a wide variety of sources will remain in our unique Hill People style.”

The Hill People play One Trick Pony at 8 p.m. Dec. 1; admission is free. The band also is part of an impressive roots music lineup for the Winter Wheat fundraiser for the Wheatland Music Organization taking place Jan. 12 at The Intersection. The Hill People will perform at 2:10 p.m. that Saturday. Tickets are $25; tickets and details online here. 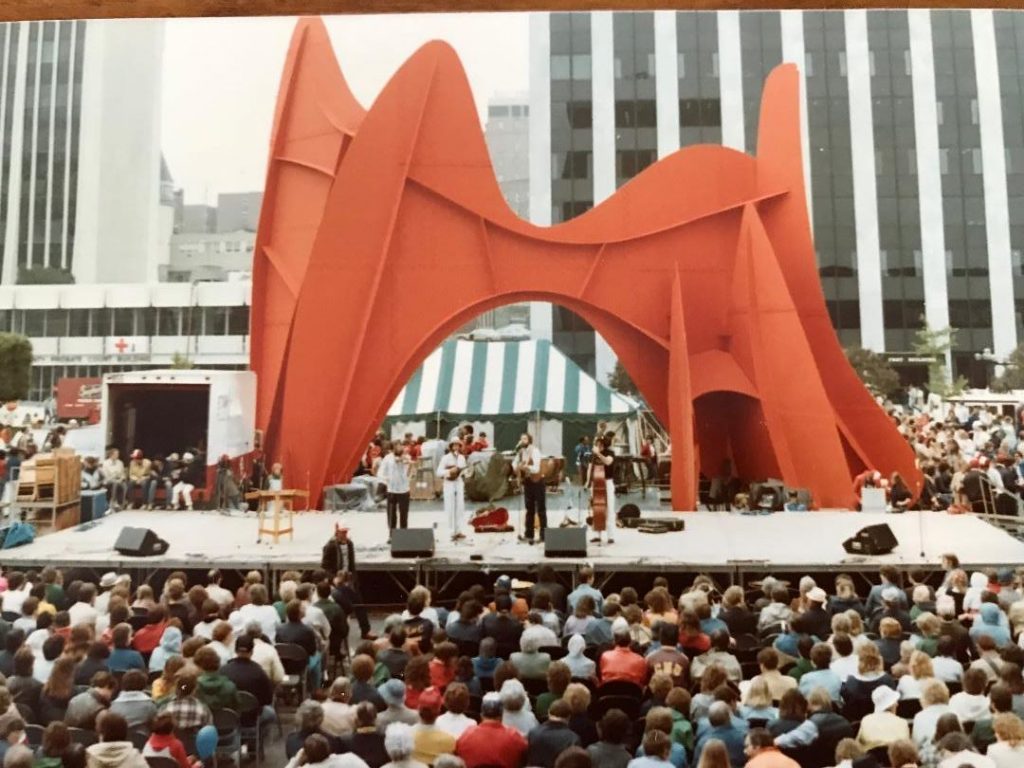