The pandemic that’s canceled hundreds of concerts has sparked a flood of online shows by artists who play for at-home audiences. And Local Spins has started a new calendar listing to spotlight those shows. 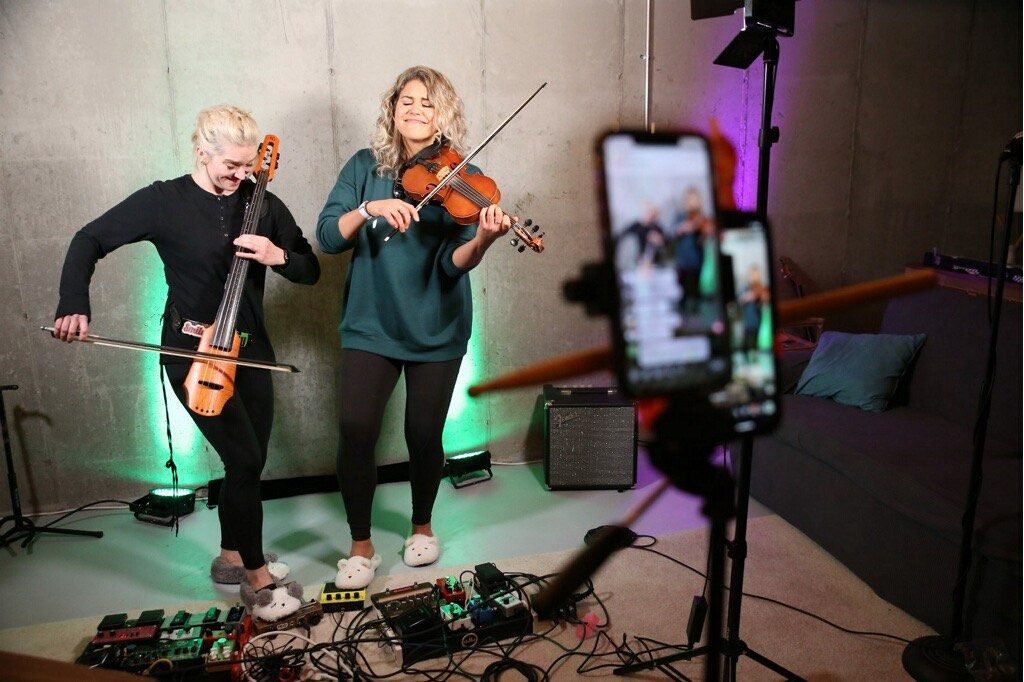 Live Virtual Venues: The Moxie Strings are among many bands live-streaming performances for fans. (Courtesy Photo)

SCROLL DOWN TO WATCH SOME RECENT FACEBOOK LIVE PERFORMANCES

It’s the new normal during “a scary time for anyone in the gig economy.”

With hundreds of concerts already canceled and more liable to be scrapped in coming weeks, Michigan musicians have increasingly turned to online concerts – live-streaming performances from living rooms, studios and garages for fans who watch from and donate to the bands via PayPal or other platforms to help them through the COVID-19 crisis.

“I would highly recommend (bands) do a stream,” said fiddler Diana Ladio of Celtic music’s The Moxie Strings, which found “huge success” with a live-streamed “quarantunes” concert staged on the eve of St. Patrick’s Day. 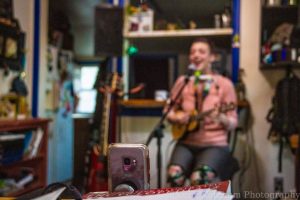 “People will be really hungry for something like this as the quarantine boredom sets in. Honest and appropriate requests for monetary help go a long way with Michigan fans’ big hearts. We only started advertising (the live-stream show) the day before and we’re blown away by the support.”

To further assist bands and solo artists – and help alert fans and readers to upcoming shows – Local Spins this week launched a new “Viral Virtual Venues” calendar and guide to these live-streamed shows. Bands can fill out a form to let fans know when their concerts are taking place with links to the online location and platform for making donations.

The listings of live-stream concerts can be found here and serve as a replacement – at least, temporarily – for the weekly Big List Concert Guide that Local Spins publishes with information about upcoming public concerts.

‘A LOGICAL THING’ TO DO WITH AN ‘ONLINE TIP JAR’

“I just needed to play and it seemed like people wanted to listen. It felt good,” said Davis, who live-streamed a performance at home after a Friday night concert in Grand Haven was postponed.

Davis noted that he had a busy touring schedule and “a huge couple months lined up. They’re gone. Some are rescheduled, some aren’t. I lost an incredible amount of money in one day. Not only that, but the ability to do what I love … I know there are lots of folks out there that have it harder than I do as well. It’s a scary time for anyone in the gig economy.” 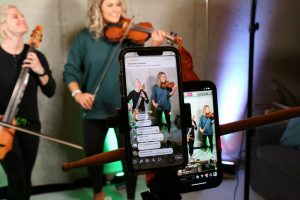 The sessions (scroll down to view some of them) attract thousands of viewers and range from simple living-room setups to more elaborate garage or studio performances.

Ann Arbor blues-rock powerhouse Laith Al-Saadi stressed that using Facebook Live and other types of streaming platforms isn’t a new idea as a way of connecting with fans.

But with bars and concert venues shuttered, more artists have started to embrace the online shows not just as a way to entertain audiences remotely, but also as a way to collect online donations from fans as a partial replacement for normal ticket sales proceeds or cover charges. It serves as an online “tip jar.”

“It’s just a logical thing,” said Al-Saadi, who performs a live-stream session at 8 p.m. Saturday that fans can watch via his Facebook page.

“If we get this rolling, it should be something that will grow.”

The Michigan Artist Relief Fund has been established to assist Michigan musicians who’ve lost income and performance opportunities due to the current crisis. Read more about it online here. Donate to the fund here. Musicians can apply for funds starting Friday (March 20).