The Ferndale band which plays Spring Lake’s Seven Steps Up Saturday showed off its harmonies for Local Spins on WYCE, which also debuted tracks by McWeakerton, The Ryne Experience, Blueflowers and more. 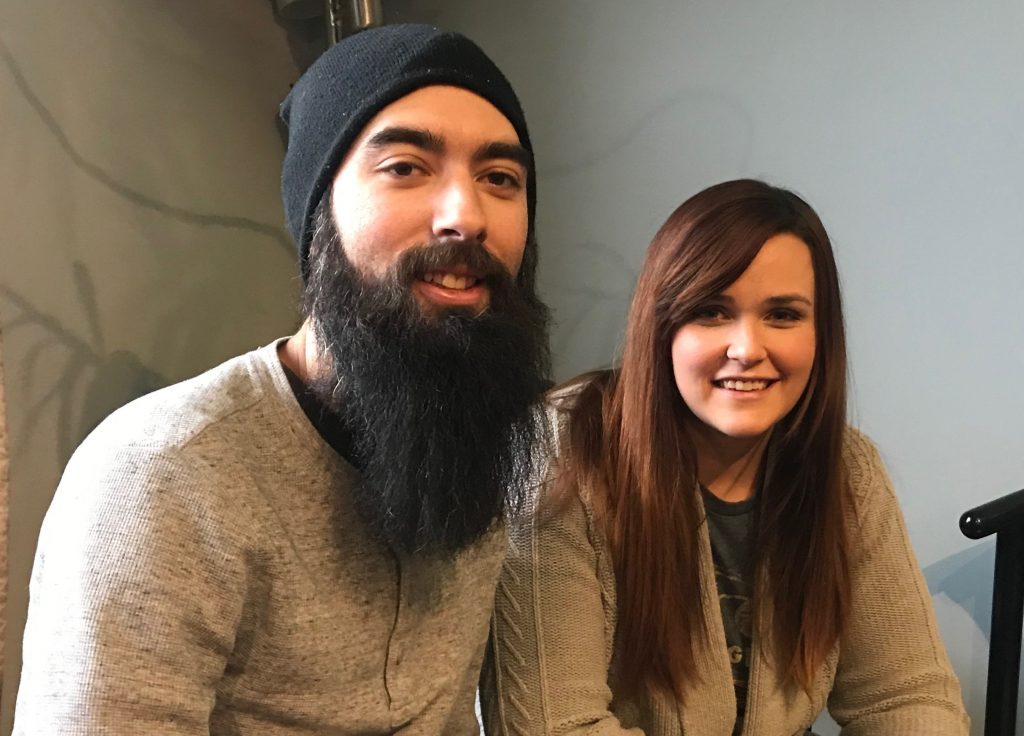 Escaping Pavement has taken to living out its band name literally by exploring the great outdoors and visiting parks while on tour across the country.

“It’s just been fun to get out there in the middle of nowhere,” said acoustic guitarist and singer Emily Burns. “I love when I’m finally somewhere where I have absolutely zero service.” 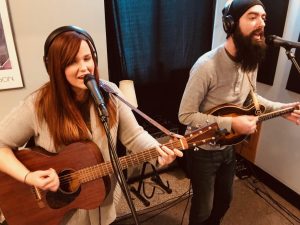 On the Air: Escaping Pavement performing during Local Spins on WYCE. (Photo/Local Spins)

Indeed, the duo of Burns and mandolinist Aaron Markovitz – who’ve added upright bassist Kosta Kapellas to their ranks – will add to those travel-inspired paeans on an upcoming new EP, “Road Warrior,” that Markovits says contains songs “written about the road and certain things that go along with it.”

Or as Burns puts it: “The trials and tribulations from being on the road – some of the good, some of the bad, some of the ugly and everything in between, a little bit of it all.”

The duo took to the road again Friday, traveling across the state to make an appearance in Grand Rapids for the latest edition of Local Spins on WYCE, performing the songs “White Pines” and “Fuel the Fire” as a preview to their concert at 8 p.m. Saturday (Dec. 1) at Seven Steps Up in Spring Lake. Get tickets ($18-$28) and more information online at pindropconcerts.com.

Watch Burns and Markovitz’s in-studio rendition of “White Pines” – which pays homage to their home state – here and listen to the full radio show podcast below.

Early on, Burns and Markovitz played in a four-piece band that leaned toward Southern rock, but eventually pared back to a duo and an Americana-hued sound. Their new EP set for release in March 2019, they said, shifts even more toward a bluegrass vibe.

Markovitz noted that Escaping Pavement’s stripped-down sound has forced them “to rely more heavily on the vocals” and the duo’s striking harmonies. “It was a natural progression,” he said, “and we had to focus more on harmonies.”

The Nov. 30 edition of Local Spins on WYCE also boasted the debut of new music by McWeakerton, The Ryne Experience, Lexi Schaub, Blueflowers and Jeremy Hoekstra, as well as tracks from Barbarossa Brothers (this week’s musicians’ pick), Peat in the Creel and Jim Shaneberger Band.