As Local Spins prepares to celebrate its 10th anniversary this week, we revisit the top stories every year since the website launched in 2012, from Bob Seger to Ray Lamontagne to Michigan’s music festival scene. Crowd- and Reader-Pleasing Affairs: Some of Local Spins’ top stories.

Even in early 2012, as a fledgling Local Spins was taking its first baby steps, this online publication was training its attention on a wide swath of artists and genres.

On the local side, Grand Rapids jazz singer Mary Rademacher was the first “artist of the week,” West Michigan’s The Pistolbrides the first “band of the week” and Ultraviolet Hippopotamus the first “under-the-radar concert pick.”

Since then, Local Spins has published more than 4,100 stories, reviews and roundups showcasing West Michigan’s ever-entrancing music scene while establishing itself as the state’s fastest-growing music website.

So as we prepare to celebrate Local Spins’ 10th anniversary next week with seven amazing concert events at a half-dozen different Grand Rapids venues – get the lineup and tickets online here – we figured this was a good time to reflect on some of the biggest stories that captivated readers each year.

■ 2012 – The Animals’ Eric Burdon: The Local Spins Interview – My interview with iconic singer Eric Burdon was the most-read story in Local Spins’ inaugural year, followed VERY closely by the review of what may be Bob Dylan’s most puzzling and frustrating concert ever (with tons of fans fleeing early): Bob Dylan gets “Tangled Up In Blue” behind piano in Grand Rapids.

■ 2013 – Bob Seger makes all the right “Night Moves” in jubilant return to Grand Rapids – Few Michigan-bred superstars boast a more loving and devoted fan base here than rocker Bob Seger. So when the 67-year-old Seger returned to Van Andel Arena in March 2013, it was a night to remember. (No. 2? My Labor Day column on under-paid West Michigan musicians.)

■ 2014 – Temper, temper: Ray LaMontagne storms off stage during Meijer Gardens show to cap odd night – I still remember clearly the night that Local Spins reviewer Tricia Boot Woolfenden texted me to say that things had gone off the rails at this Frederik Meijer Gardens & Sculpture Park show. Not surprisingly, Mr. LaMontagne has not been back to Meijer Gardens. This also sparked a storm of debate over concert etiquette. 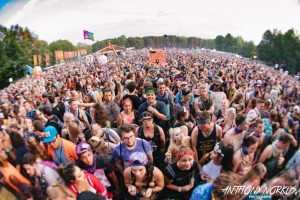 ■ 2016 – Michigan’s Top 10 Summer Music Festivals: The Local Spins List – Back in 2016, Local Spins conducted its first-ever, very unscientific readers’ poll of favorite Michigan music festivals. It was an instant hit and our Michigan Music Festivals Guide continues to be one of our most popular features, period.

■ 2017 – The 10 Best Primus Songs: The Local Spins Playlist – Some of our playlists – from The Rolling Stones to John Prine – have a life of their own as fans find them and share them online. This Primus playlist by writer Troy Reimink just keeps on getting shared again and again.

■ 2018 – The Intersection doubles its live music venues downtown; opens 1,100-capacity Elevation – It’s good to see that a story about a legendary Grand Rapids concert venue would rise to the top. The Intersection’s major renovation that created several different performances spaces under one roof was a big story in 2018 and is still a big deal for concertgoers today.

■ 2019 – Southwest Michigan musician, singer Dacia Bridges passes away unexpectedly – Sadly, stories about the untimely deaths of regional musicians generate lots of attention, partly because of the tributes and memoriams that pour in for cherished artists such as talented singer Dacia Bridges.

■ 2020 – Battling COVID-19 with humor: The Top 10 coronavirus parodies – Proving that humor can help folks get through the worst of times, this video roundup not only was the story of the year in 2020, but – by far and funnily enough – the most-read feature in Local Spins history.