Bob Dylan croaked and banged away mercilessly on piano with his band through a 15-song set for a one-third-full house at Van Andel Arena, after a bracing opening set by Mark Knopfler. But he’s still Bob Dylan, isn’t he? 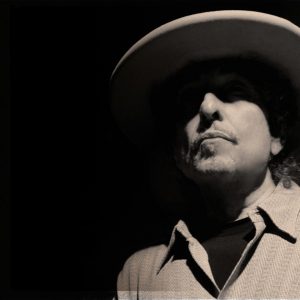 I’m Bob Dylan and you’re not.

And that, ladies and gentlemen, is precisely the point.

There may be times during a concert – like the one launched with a twisting, ragged “You Ain’t Goin’ Nowhere” at Grand Rapids’ Van Andel Arena on Monday night – when you may question what song I’m singing, what melody has gone awry amid my hoarsely barked lyrics, what business I have clanging away awkwardly at a grand piano, but that doesn’t change that simple fact or alter my standing as America’s mystical poet laureate of folk, rock and blues.

It’s the reason I rarely stop touring even at 71, ceaselessly unleashing varying sets of bafflingly reworked classics from a boundless song inventory, often frustrating some sad-eyed fans who flee my shows early while shaking their heads – as many did on Monday – because they’re simply unable to grasp the raw and feral power of an artist at work.

That’s fine, really, because true art often gets misunderstood. Even playing in front of one-third-full houses like the 4,000 or so in Grand Rapids doesn’t add to the torment but fuels my passion to croak out almost unfathomable renditions of “It’s All Over Now, Baby Blue,” “Like a Rolling Stone” and “Blowin’ in the Wind” (which I’ve used as my encore on this tour).

The clueless media certainly doesn’t understand, so I’ve long ignored their requests for access and prohibit anyone from taking photos during my concerts, even though that might be a fruitless effort anyway considering the artsy, shadowy lighting on stage that makes it nearly impossible for fans to even see me let alone capture my craggy features on film or video.

Consequently, it doesn’t faze me to see reviews such as this one by MLive’s John Serba who assailed me for my “incomprehensible grumble” and “bizarre rhythmic affectations.” He’s probably the sort of fellow who gets all his artistic education from an iPhone, provided the klutz doesn’t drop the device into the arena seating abyss while tweeting drivel during the show.

But I’m convinced there are those who seek to understand, who cheer every squawk from my harmonica, every gawky soft-shoe shuffle I attempt, every ruthlessly pounded note and rhythmically stilted attack on the grand piano, even when I make glaring mistakes as I did on “Tangled Up in Blue” and elsewhere throughout the evening, perhaps even frustrating my talented, longtime bandmates at times with my unpredictable dynamics and blasts of volume.

Hey, I’m no Linda McCartney, but I think I can hold my own on keyboards, deriving a certain perverse pleasure out of hammering at a grand piano (as I have since the summer) compared with the small electronic keyboard I’ve sat behind for years. Of course, I rarely play guitar anymore and folks can speculate all they want about the reasons for that.

Look, I’m savvy enough to pair up on tour with top-notch, highly respected musicians who can give crowds a more “normal” concert experience, and guitarist Mark Knopfler is no exception. 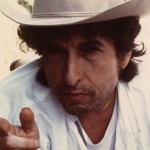 If you were there, you saw Knopfler and his seven-piece band uncork a commanding, instrumentally compelling, 79-minute performance, focusing mostly on his latest double album, “Privateering,” but also dusting off two old Dire Straits tunes: “Brothers in Arms” and “So Far Away.”

Knopfler’s distinctive, masterful guitar tones and tasteful playing enhanced his rootsy, Americana- and Celtic-inflected set, not to mention four tunes early in my own 15-song set when I had him sit in: “It’s All Over Now, Baby Blue,” “Things Have Changed,” “Tangled Up in Blue” and “High Water (For Charley Patton).”

The bottom line, if there is a bottom line, is that I relish being the enigmatic ghost of the heralded artist who was but 25 when he released “Highway 61 Revisited,” an enduring masterpiece I revisited more than 45 years later with a fair amount of band-driven fervor on Monday.

Have I become the “Ballad of a Thin Man,” which I somehow rattled through on vocals and harmonica? Perhaps.

Always “Like A Rolling Stone,” keeping this never-ending tour on the road for better or worse? Absolutely.

After all, I’m Bob Dylan and you’re not.

(Of course, I’m really not, but I’m sure you figured that out. And in typical Dylan fashion, the very next night, he staged a much different show at Detroit’s more intimate Fox Theatre, according to reviewer Gary Graff.)