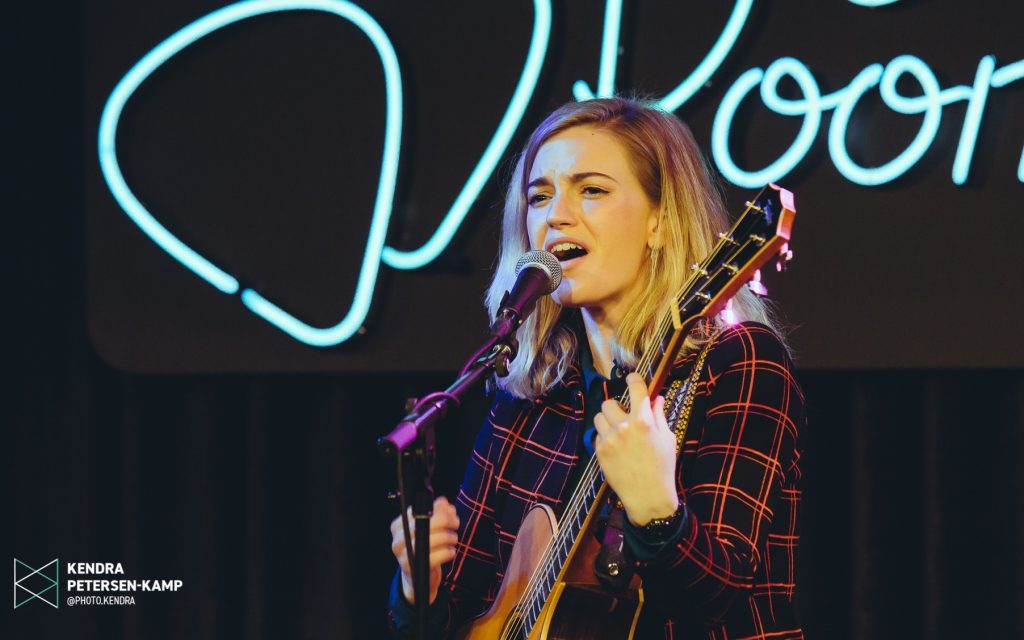 New EP: Loren Johnson will be releasing her new recording on her birthday next week. (Photo/Kendra Petersen-Kamp)

It was the release date for her much-anticipated new studio EP, “Into the Morning,” with an ambitious Michigan tour set up to promote it – something for which she and her bandmates spent hours rehearsing.

The coronavirus COVID-19 pandemic changed all that in a heartbeat.

The tour has been postponed and Johnson – along with other Michigan musicians – is now mostly sequestered at home. 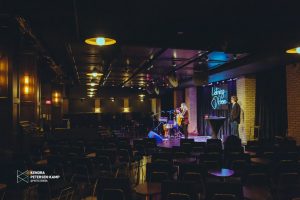 But the EP is still being released on digital formats and otherwise available on March 21. (Pre-order it online here.) And make no mistake, Johnson is upbeat about her new project and the reaction of West Michigan’s music community to a crisis that’s shut down concert venues and canceled hundreds of performances.

“After the initial shock and disappointment, it was incredible to see not only how quickly everyone came together but how strong we all came together,” the indie-folk/pop artist said. “We have a really strong community here.

“Live streams are going on at almost any given hour of the day. It’s kind of like having a personal house show all the time. … We’ve all come together closer than we usually would, virtually.”

She noted that the Michigan Music Alliance has stepped up with a Michigan Artists Relief Fund to collect donations that will help musicians who lost income due to canceled shows. Johnson will be part of the online Spread the Music Festival with more than three dozen live-streamed performances March 26-29 to raise money for the cause.

While her upcoming release shows have been postponed, Johnson got a chance this week to perform her new songs with percussionist Ben McNeil during WYCE’s “GR Live” on Thursday, with a separate segment taped for Friday’s Local Spins on WYCE radio show. Watch a video of their performance of “Into the Morning” here, and scroll down to listen to this week’s full radio show podcast. (Johnson also performs online tonight as part of the live-streamed “Stay in Your House” shows with Dan Rickabus, Steve Leaf, Justin Stover and Emilee Petersmark. Watch here.)

Johnson called the process of creating her new album “Into the Morning” a “dream come true.”

“It was an absolute blast to make from beginning to end,” said Johnson, who called on co-producer Joe Hettinga, Mike Shimmin, Max Lockwood, Terrence Massey, Kate Pillsbury and Emilee Petersmark to join her at Third Coast Recording Co. in Grand Haven.

“Every time we all got into the studio, it was such a good vibe. It was so much fun and we ate a lot of tacos. I think you’re going to hear how much fun we had (on the record).” 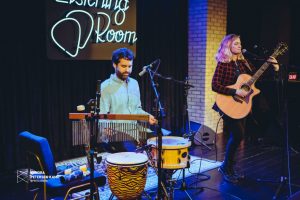 Johnson, a singer and guitarist who started playing and performing at age 12, said her experiences as “the cute kid that opened for a band at a festival” to becoming immersed in West Michigan’s vibrant music scene to spending “multiple months” in Australia over the years have all “shaped me into who I am now.”

“It’s been wild. You collect these experiences during your life and you become a little hybrid of everything you’ve seen and liked. With this record, I finally feel like there’s a lot of me coming through, my own flavor coming through with everything.”

Johnson noted it can be a struggle as a writer to “define this experience” in words and music.

“Songwriting is this weird thing that just sends people into a different place,” she said.

“It’s like an internal battle. You work so hard on this song and then maybe you want to just shove it under the carpet and never hear it again. That vulnerability is hard and I really feel like I’ve broken through on this EP. Vulnerability is a lot easier now.”

Looking ahead – especially looking past the current pandemic – Johnson has a clear idea of where she wants to be and how she wants to approach 2021 and beyond. 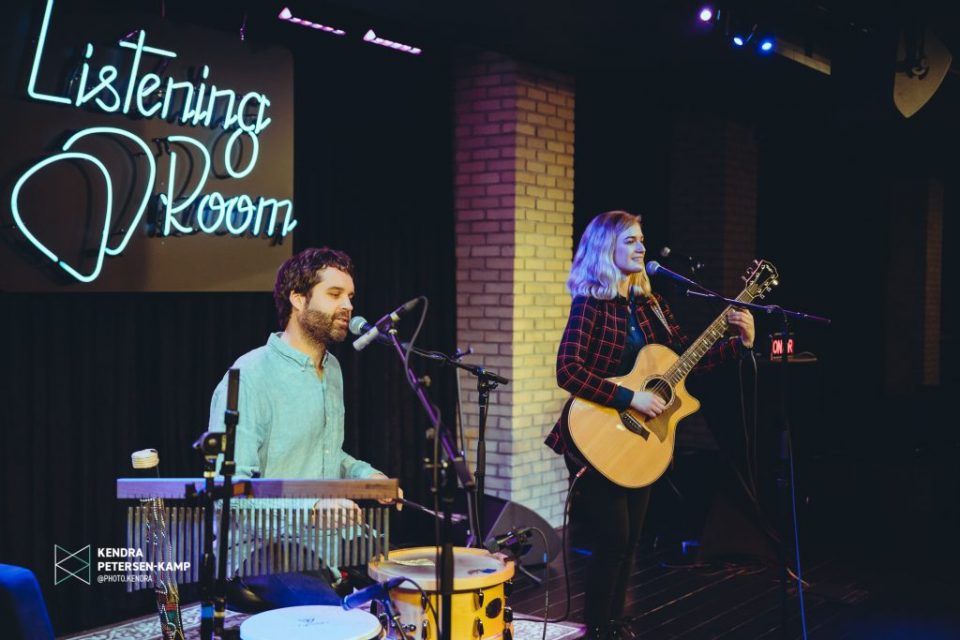 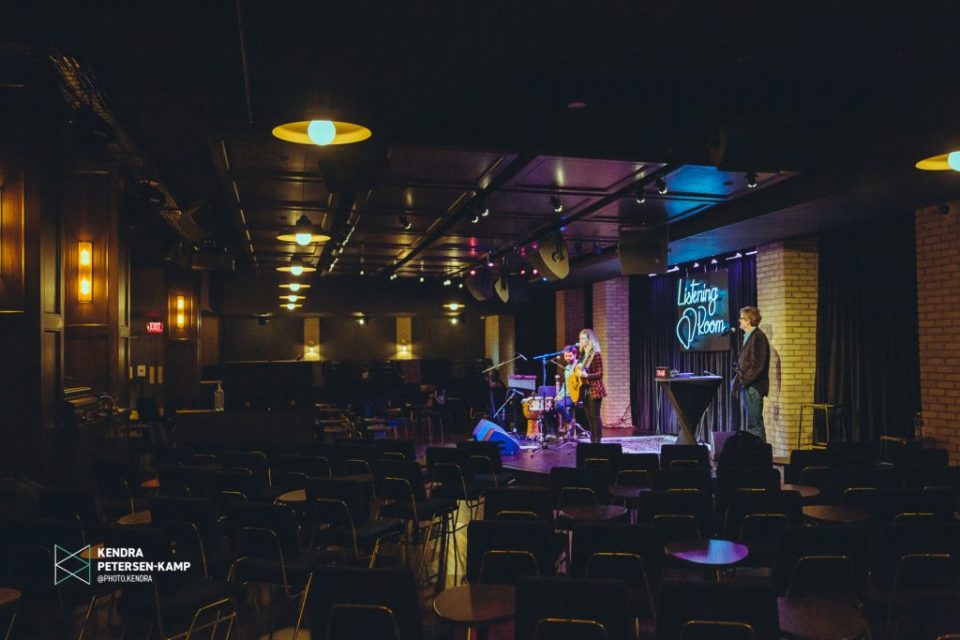 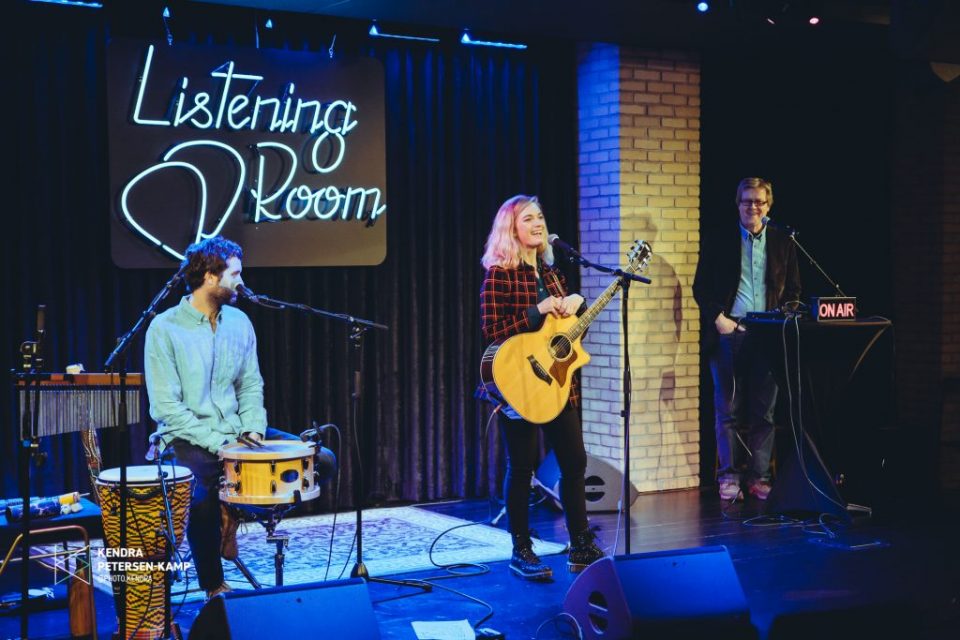 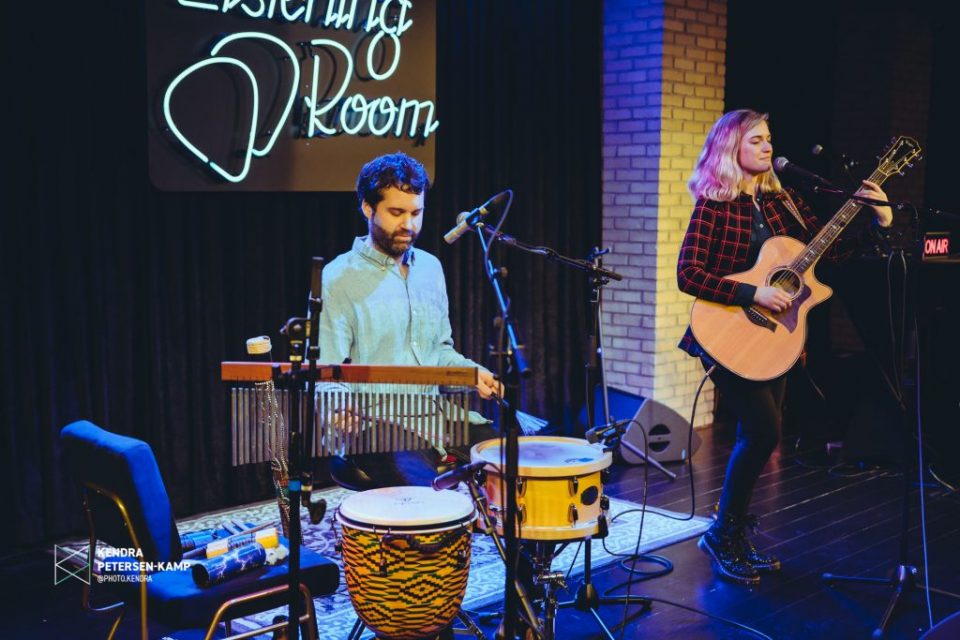 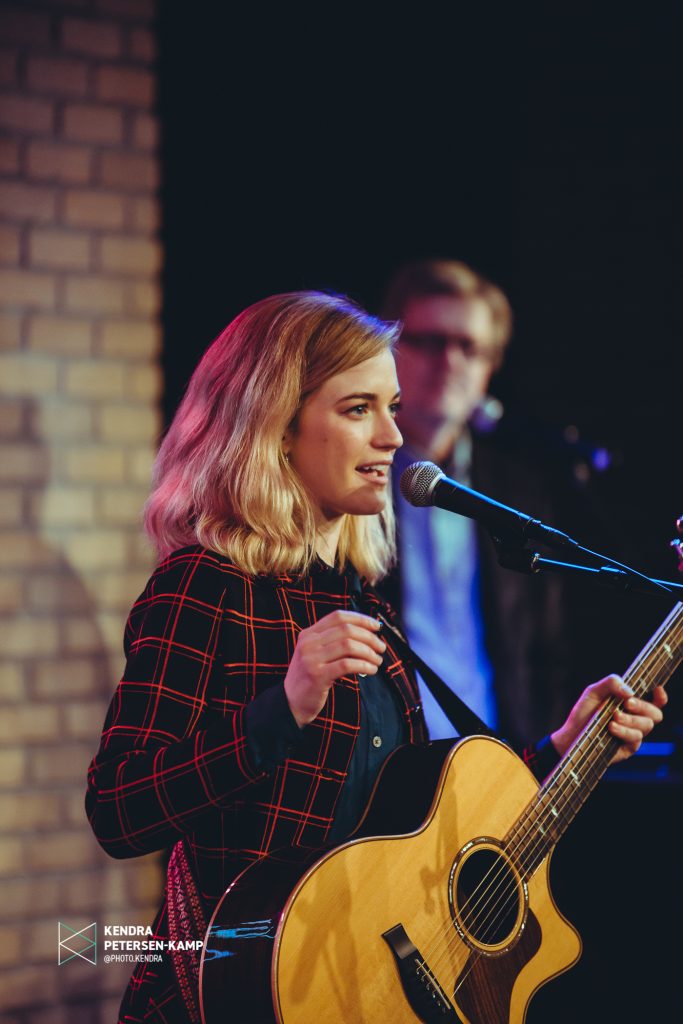 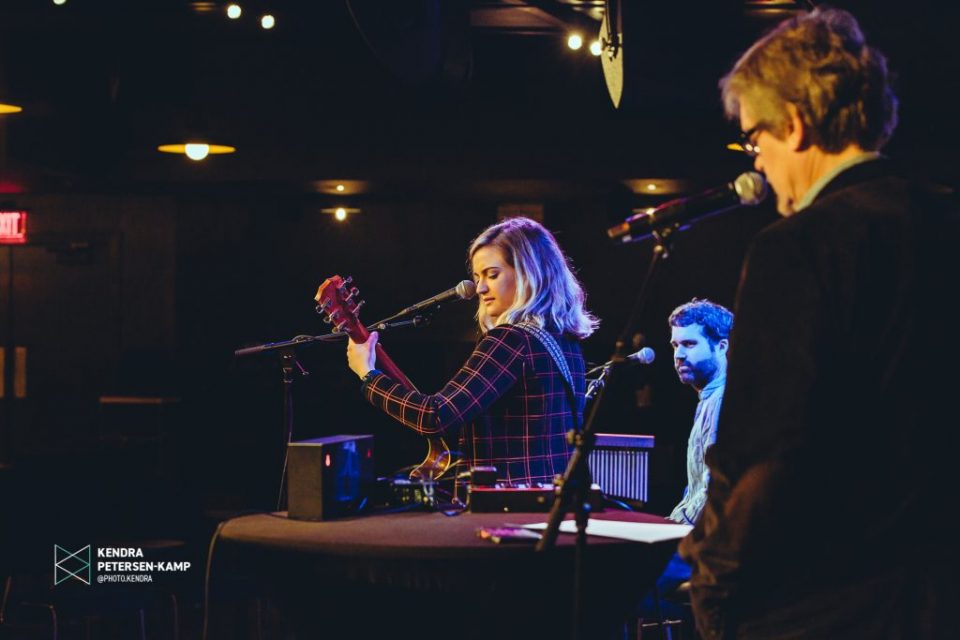 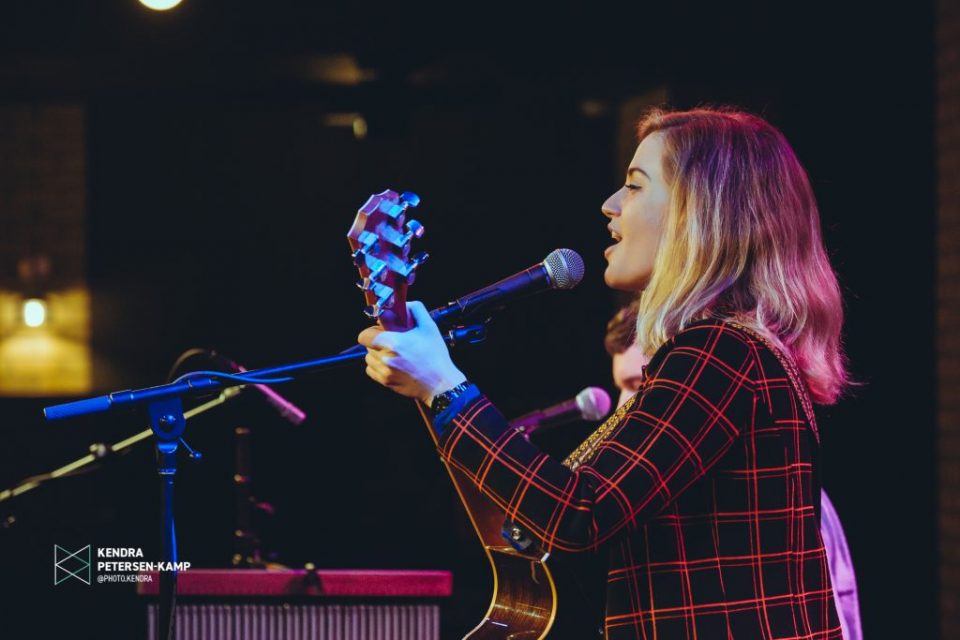 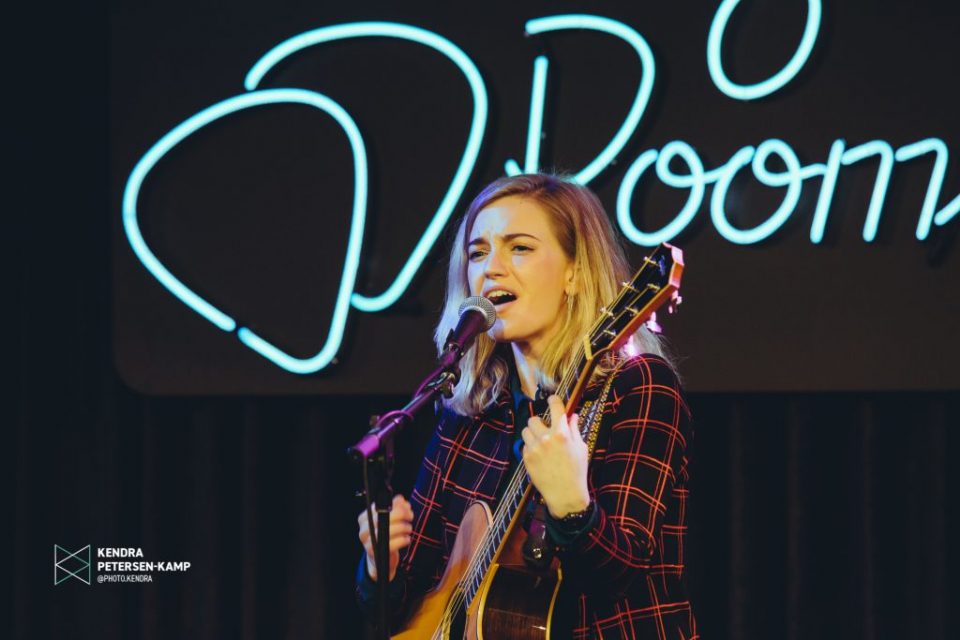