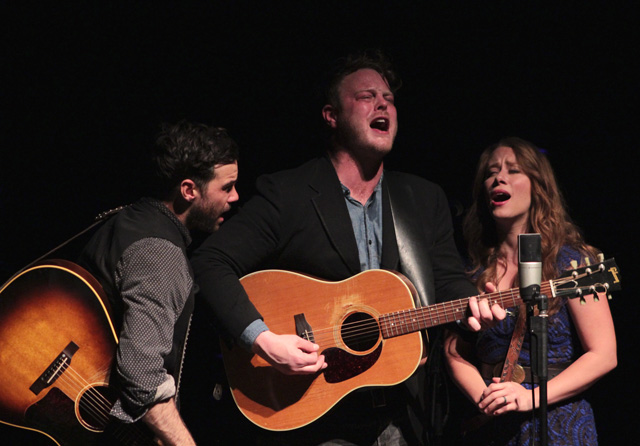 “I don’t know who you are or why you’re here but I’m happy we’re together,” singer and guitarist Zach Williams told the Calvin College audience inside the Covenant Fine Arts Center on Tuesday night.

It encompassed what The Lone Bellow is truly all about: feeling the moment with its audience. 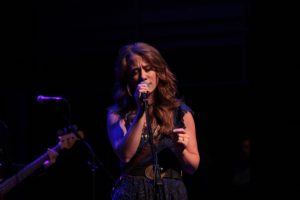 For a band with only one album in the wind, the vocal-based trio packed a powerful punch. The harmonies of Williams, mandolinist Kanene Donehey Pipkin and guitarist Brian Elmquist pierced the auditorium for a solid hour-and-a-half, the suffering of each song visible in the faces of the musicians as if they didn’t have to perform the same 12 songs every single night, as if they felt the emotions as strongly as when they wrote it.

The Lone Bellow’s self-titled 2013 album seems dark in nature and progressive in structure while keeping a simplicity similar to that of gospel tunes. But on Tuesday, the audience also got a taste of the future: a song written by Elmquist that’s rooted in hymnal bluegrass and unexpectedly dips into raw blues and rockabilly.

Of course, the group also provided the near-capacity crowd with acoustic renditions of the most well-known tracks off of their album, including “Two Sides of Lonely” and “You Never Need Nobody,” with the trio’s intimate vocals and moving songwriting soulfully spilling out to create the sort of intimacy with the audience that only honest music can manage.