After a spirited opening set by Lowdown Brass Band, Lake Street Dive delivered one of the true musical highlights of the summer. (Review, photo gallery) 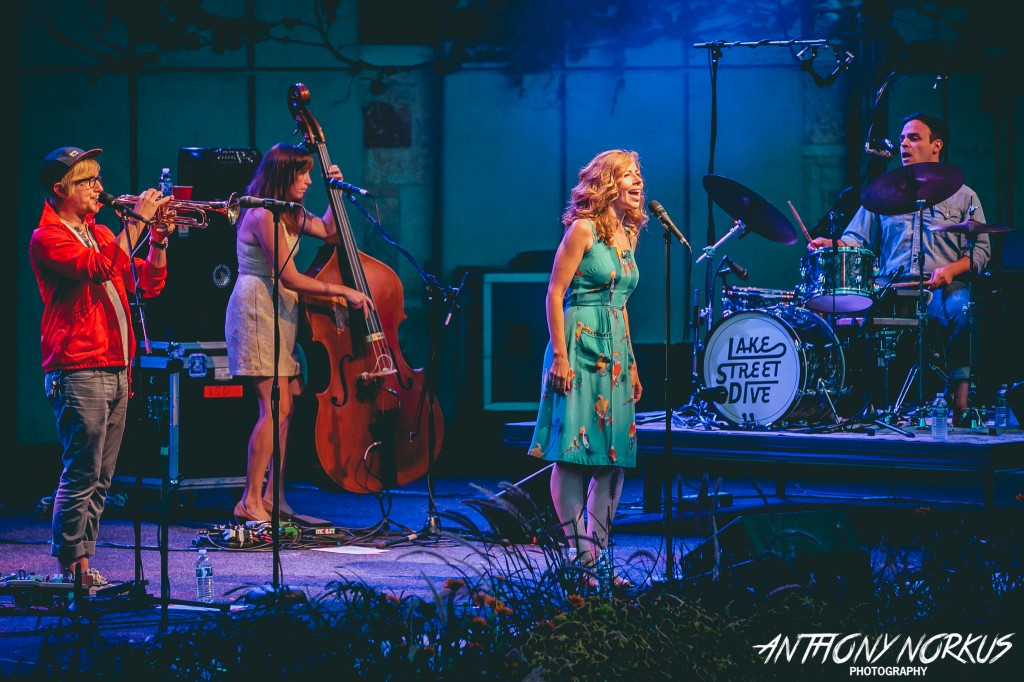 SCROLL DOWN FOR FULL PHOTO GALLERY

Well, now’s a good time for Frederik Meijer Gardens & Sculpture Park to call it a wrap on its 2014 summer concert series. Throw down the mic and exit the stage on a high note.

Sure, Meijer Gardens has two performances remaining in its lineup — The Beach Boys on Sept. 4 and Sheryl Crow on Sept. 7 — but it’s difficult to imagine how either show could top what Lake Street Dive offered up Thursday night to a sold-out crowd at the amphitheater just outside Grand Rapids.

This is less a statement about the Beach Boys and Crow than an acknowledgement that Lake Street Dive simply blew so many summer acts out of the water. Their act is fresh (not green), engaging, joyful — everything a hungry music fan could crave. And for many at Thursday evening’s performance, it likely was a surprise. 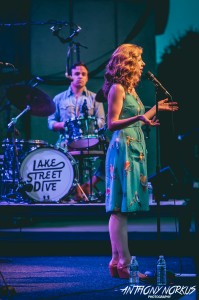 Though the Brooklyn-by-way-of-Boston four-piece is on the rise — thanks in part to their filmed sidewalk rendition of The Jackson 5’s “I Want You Back”, which has garnered 2.2 million YouTube views and counting — they’re still just skirting the edges of fame.

If the music business is a fair and just ecosystem, this fun amalgamation of nuevo Motown, pop, jazz, 60s rock and soul, will enjoy a comfortable and profitable position on the food chain for many years to come.

Speaking of attractive, there’s no talking about Lake Street Dive without acknowledging the dreamier qualities of its lead singer.

With her breezy sundress, thousand-watt smile and absolutely killer voice (seriously: that voice) Price is a swoon-worthy frontwoman for the ages: She truly understands the art of phrasing and control, and when to loosen the reigns just enough to charm us with her fragility. Price sings without affectation, digging deep and flooring the audience in the process.

The remainder of the band — all lifelong musicians — certainly deserves its fair due. Calabrese and Kearney are an ideal rhythm-keeping pair, readily lending backing harmonies to compliment Price’s vocals throughout the set. Olson’s trumpet playing was a perfect punctuation and his with-gusto whistling (on two songs, no less) was a welcome addition. Because, seriously, we do not hear enough quality whistling in pop music.

An encore of “I Want You Back” in which the band reimagined the 1969 Motown classic as a downtempo bedroom crooner.

Eight-piece Lowdown Brass Band, out of Chicago, was a spirited opener, with its nod to the second line style of New Orleans rag-tag jazz and brass. Their end-of-set parade off the stage and up through the audience to the top of the bowl was a nice touch. It would be worth it to catch them in a club in the Windy City (or Grand Rapids) to see what happens when they take possession of a smaller, more attentive room. 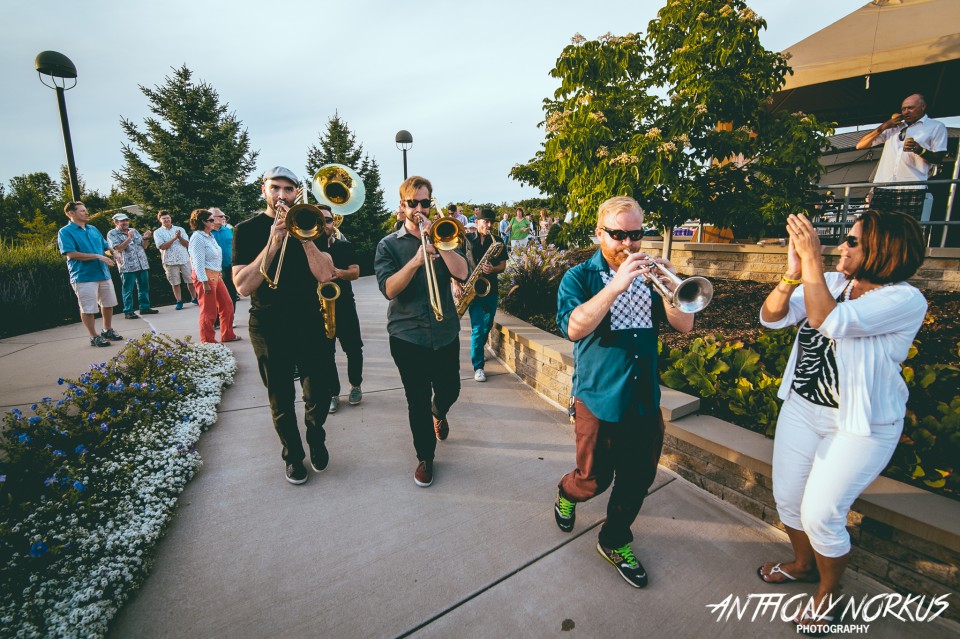 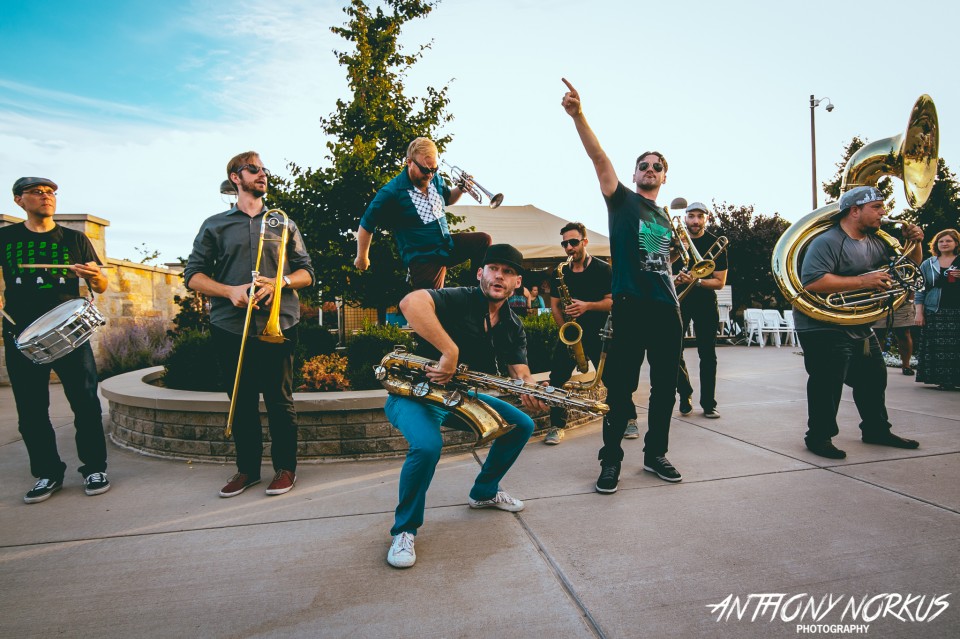 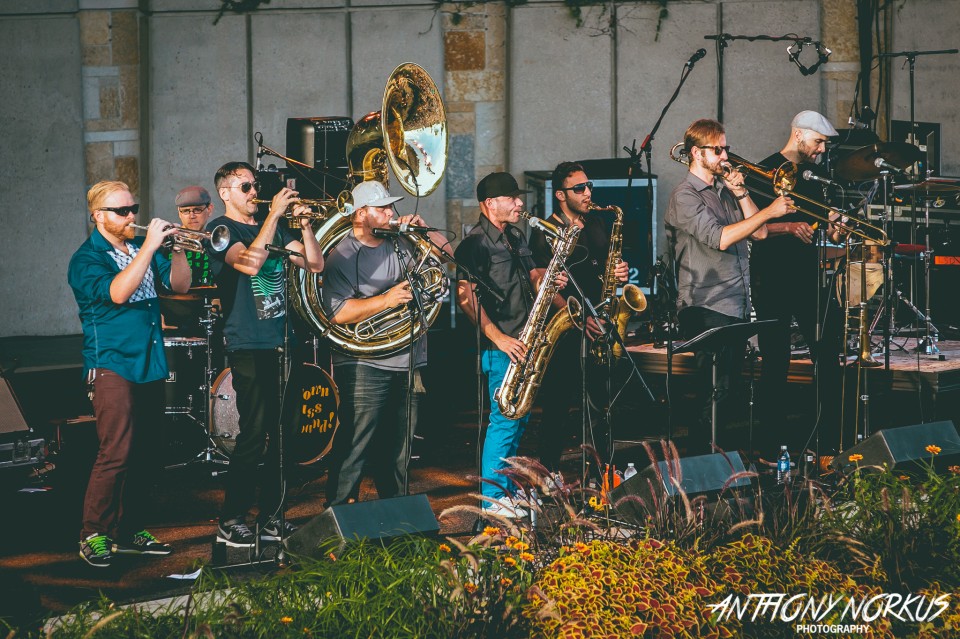 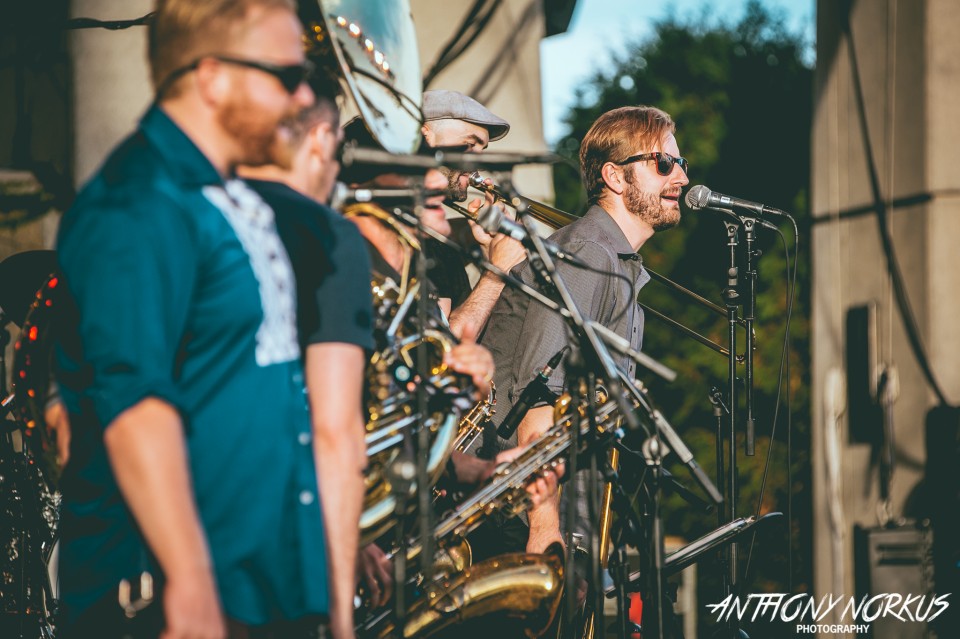 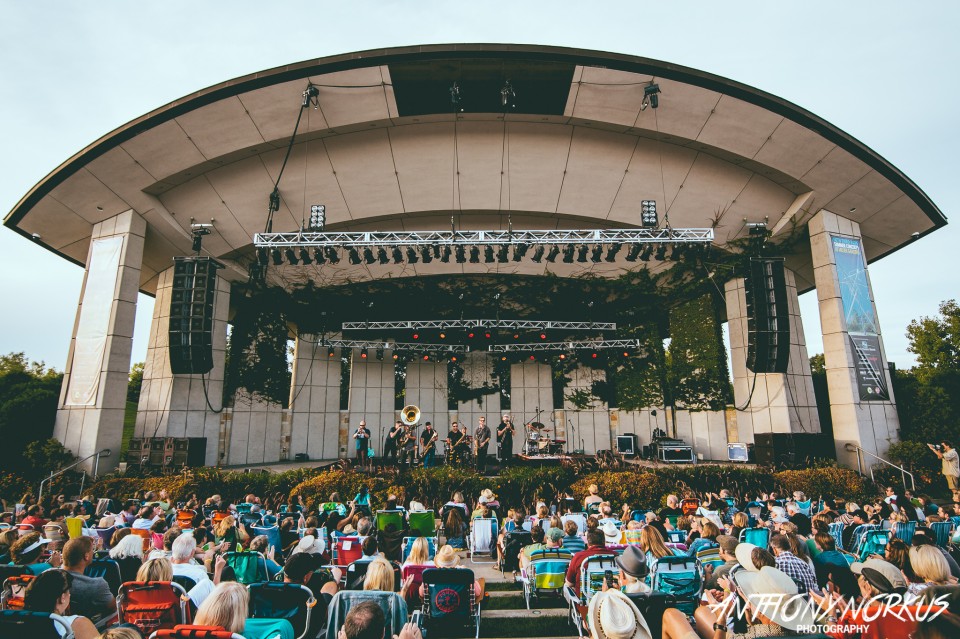 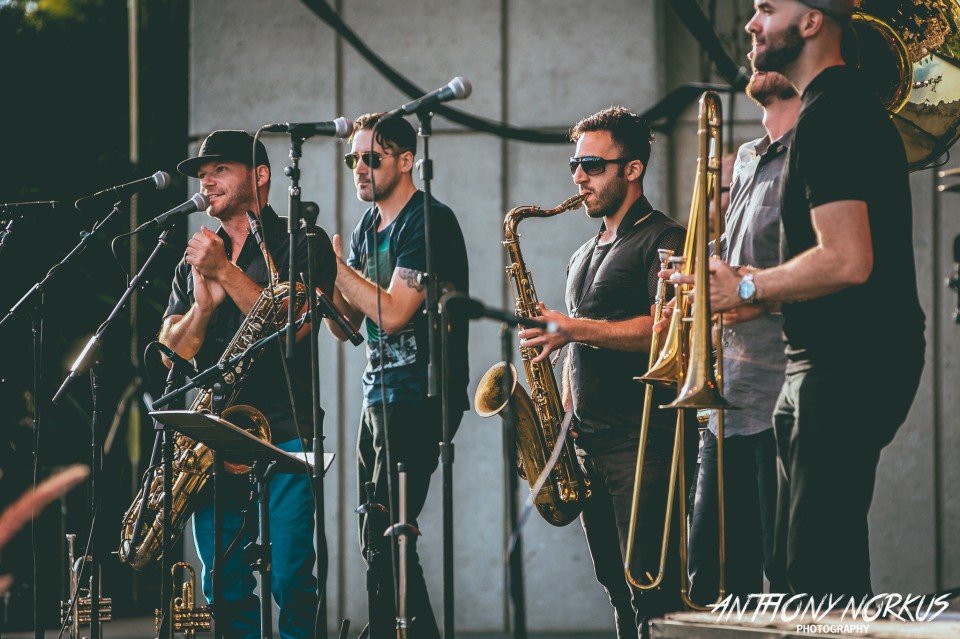 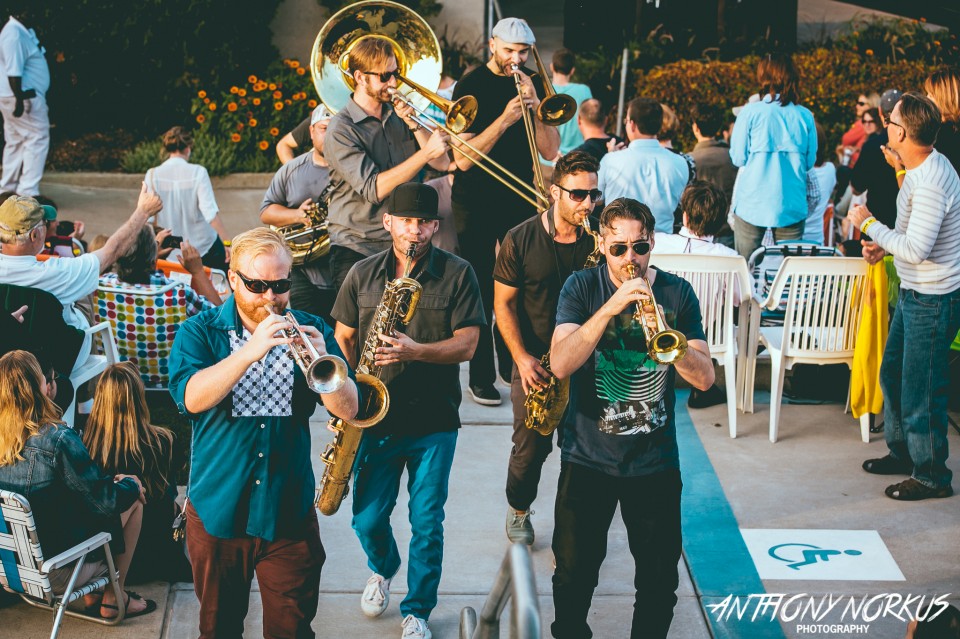 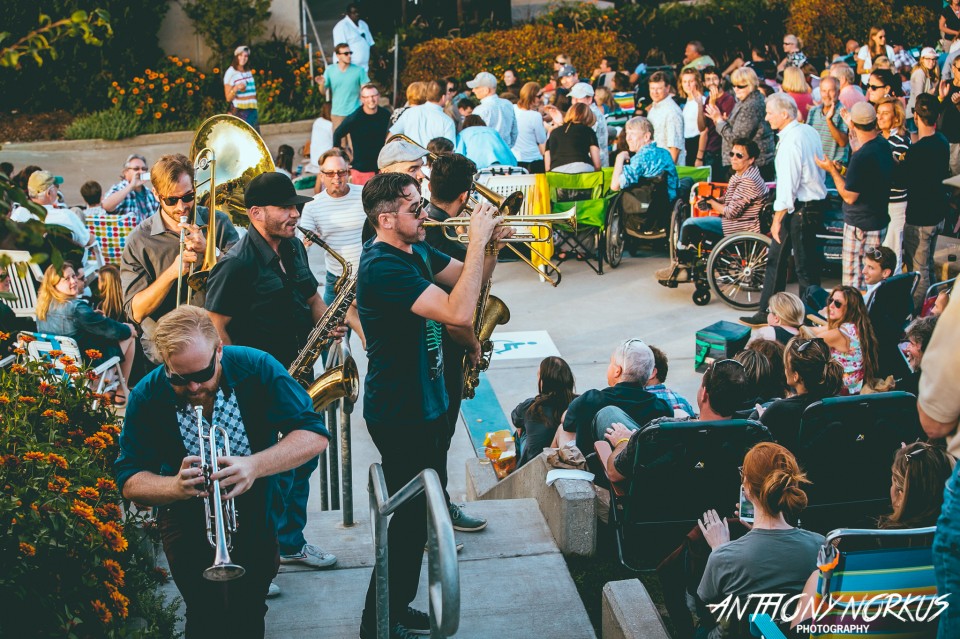 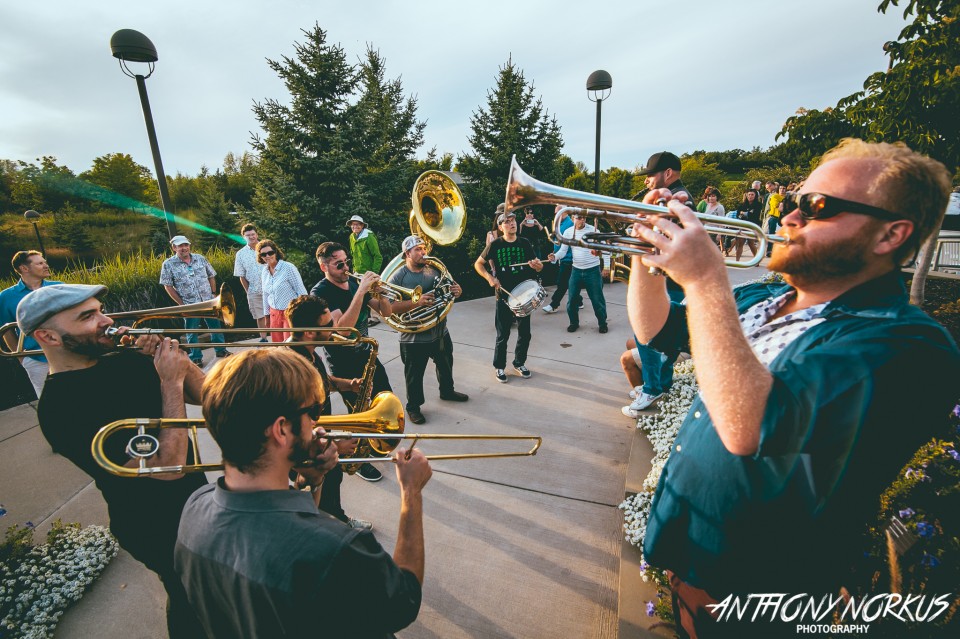 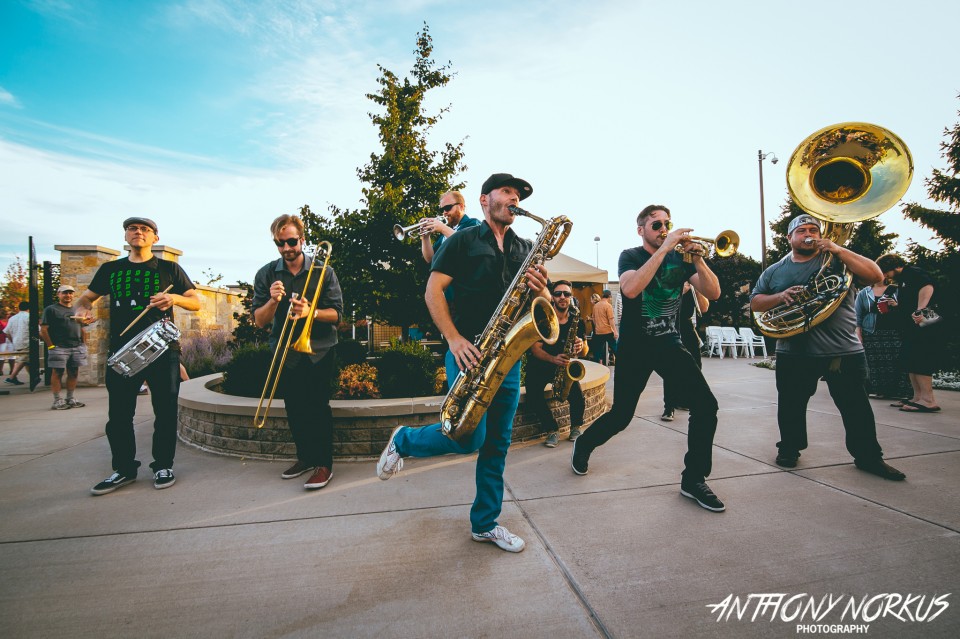 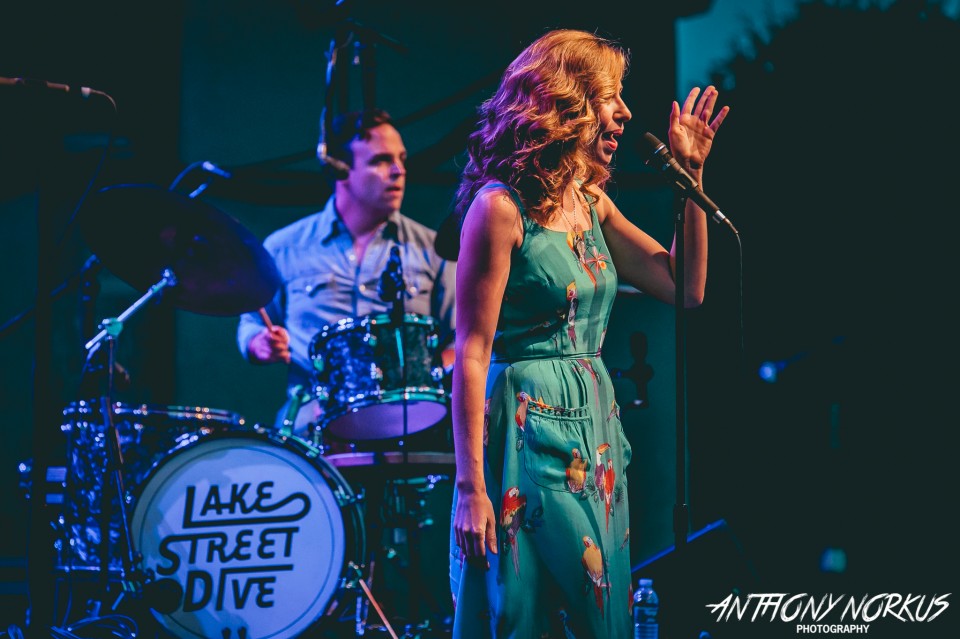 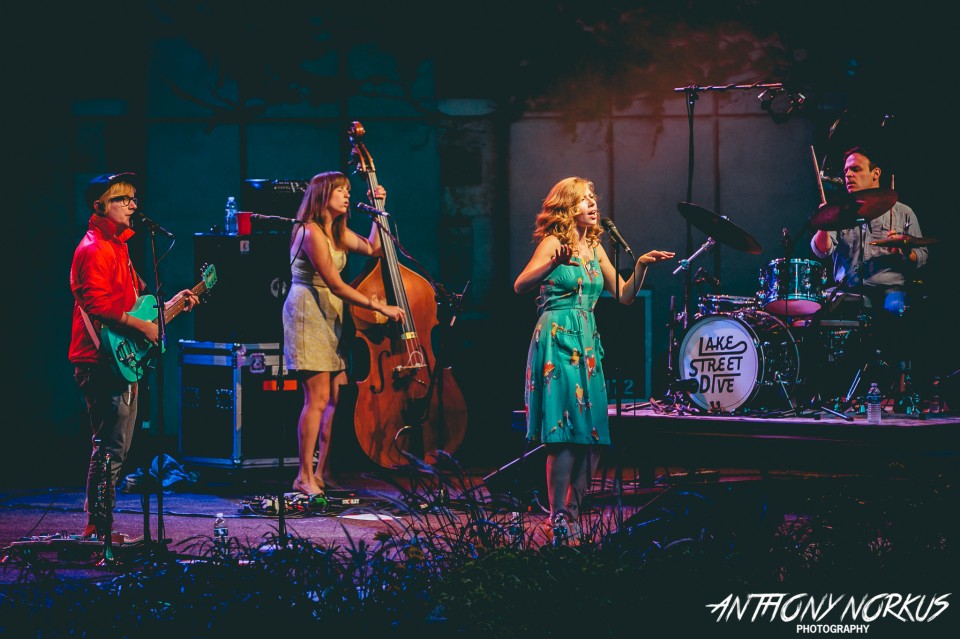 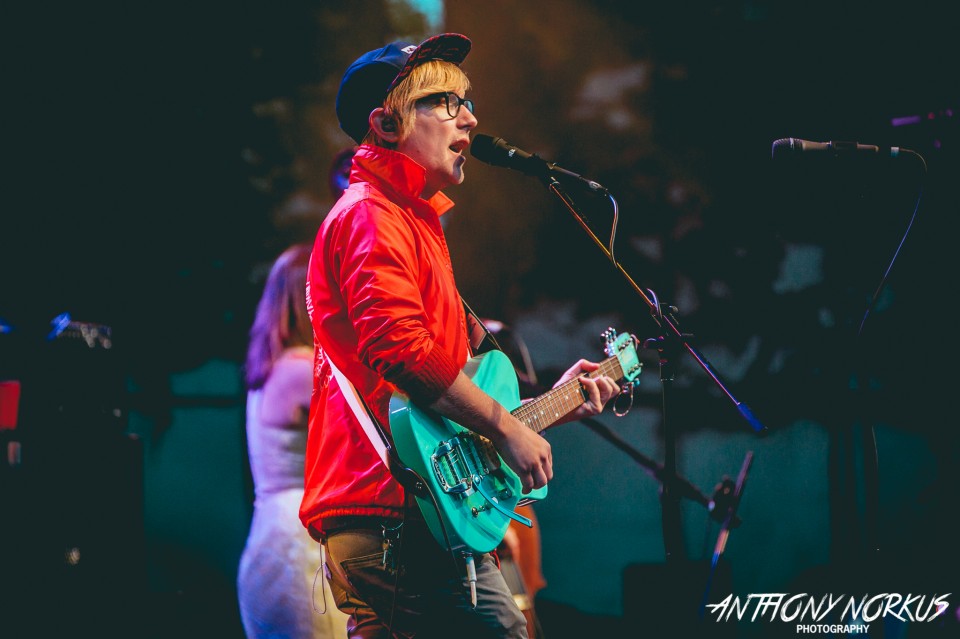 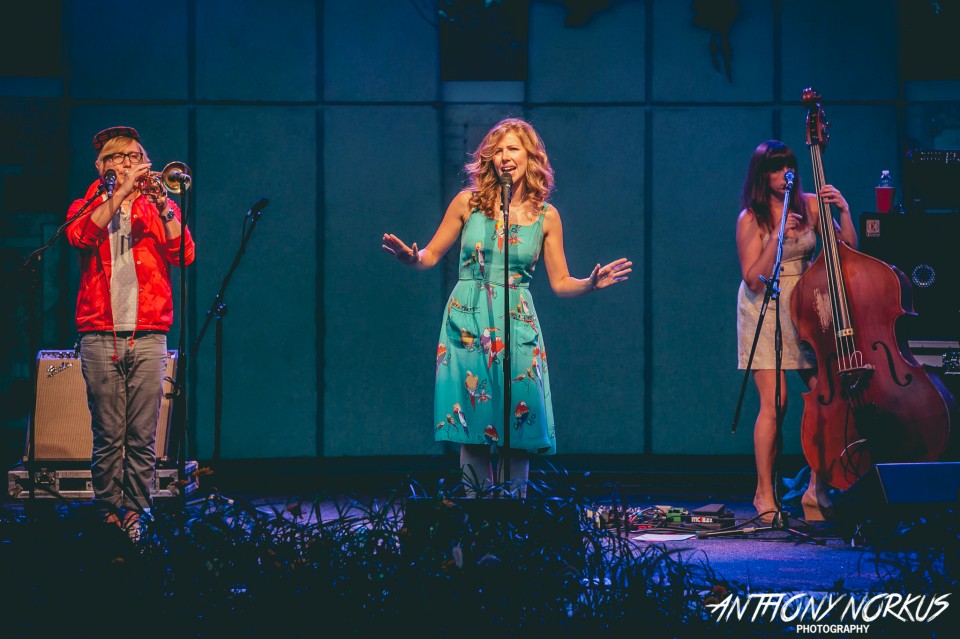 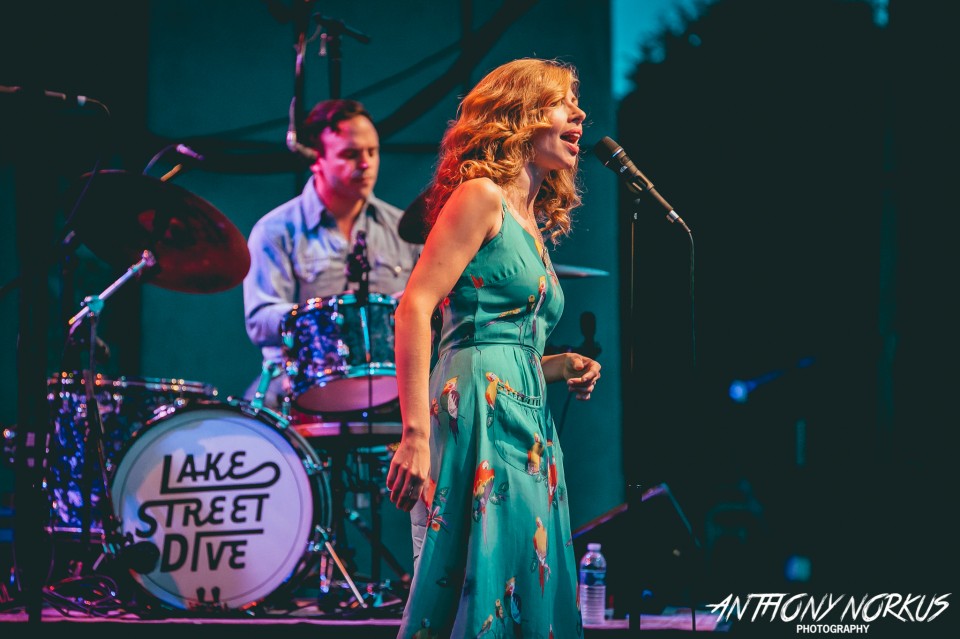 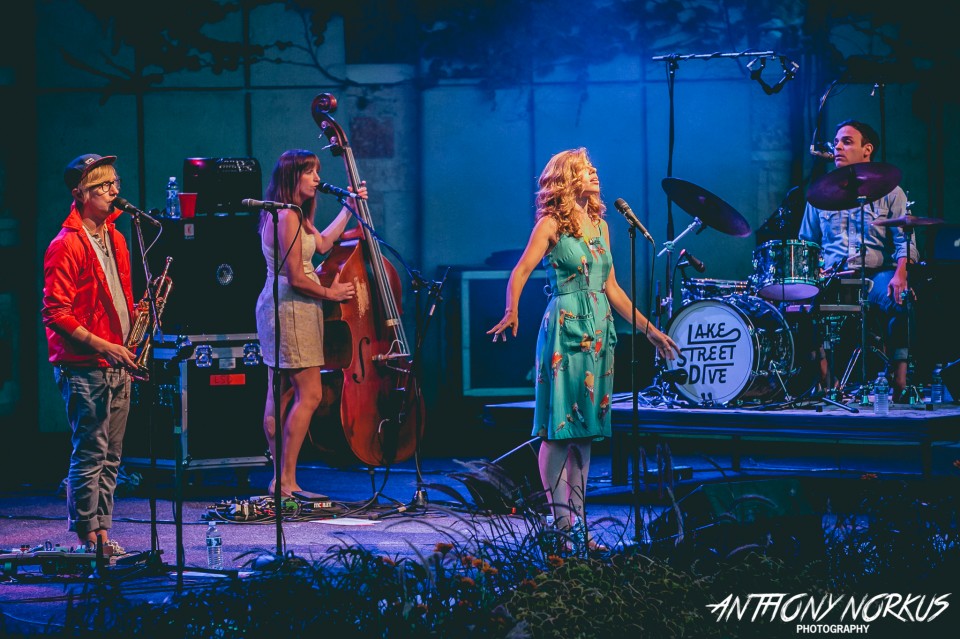 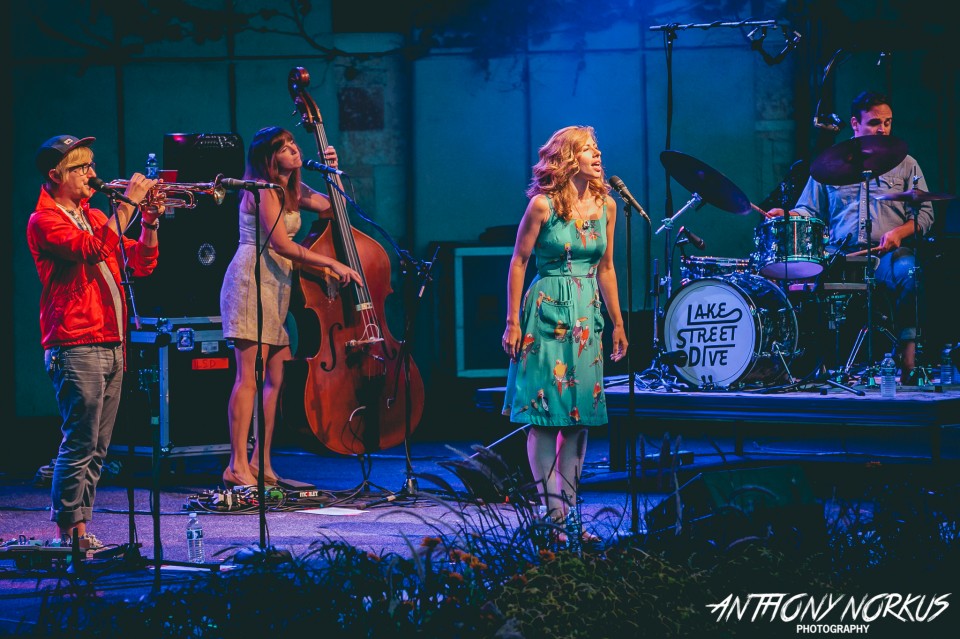 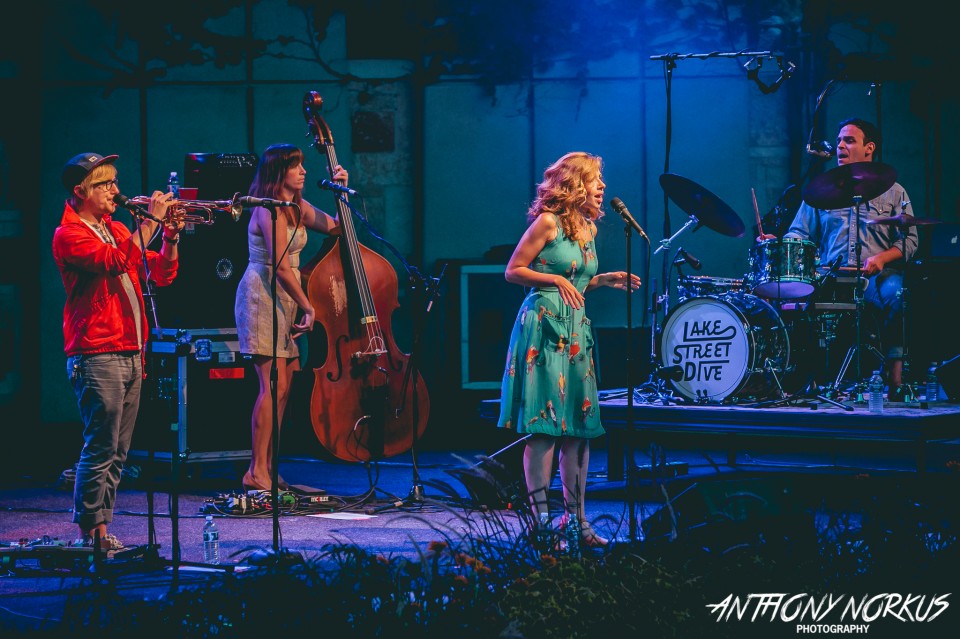