May Erlewine, Appleseed Collective, Wire in the Wood, Jesse Ray & the Carolina Catfish, Barbarossa Brothers and many more regional favorites will play the Aug. 24-26 fest in Jackson County. 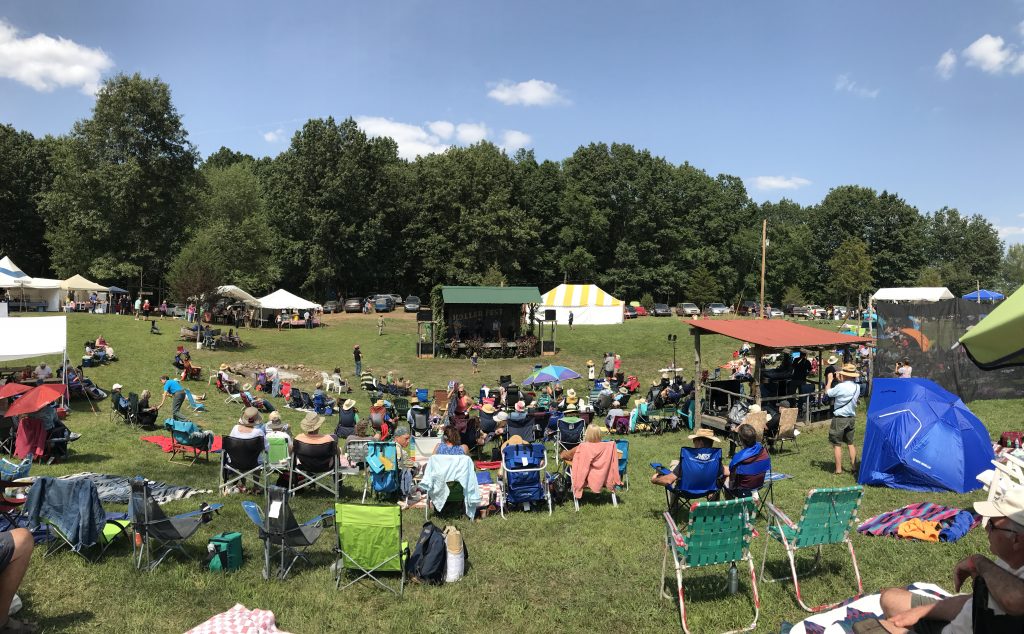 SCROLL DOWN FOR FESTIVAL LINEUP

Returning for its 11th year of musical celebration, Holler Fest has announced a robust lineup of local and regional artists for its August festival in Irish Hills, Mich. 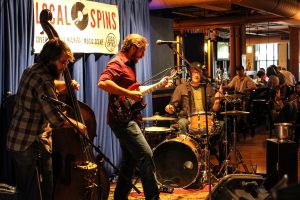 Taking place once again at Frog Holler Farm, the Aug. 24-26 festival will feature performances by May Erlewine, Appleseed Collective, Wire in the Wood, Jesse Ray & the Carolina Catfish and Olivia & the Aquatic Troupe among many others. Indeed, more than 70 acts will perform during the three-day affair.

Weekend tickets are $50-$60 depending on age, with day passes costing $15-$30 depending on the day. Kids 12 and younger are free. For more details visit hollerfest.com.

“Holler Fest has become a tradition for our extended band family. We get there early to secure our campsite, grab extra meal passes for the incredible food they serve, and settle in for a great weekend of music and fun,” says Loren Kranz, who plays drums in the Saginaw-based band Barbarossa Brothers, which will be playing the festival for the sixth time. The “Michigan bayou folk” group will perform at 10 p.m. Saturday (Aug. 25) on The Holler Stage.

KIND ORGANIZERS AND ‘AN EPIC GATHERING OF FAMILY AND FRIENDS’

“This the friendliest, most down-to-earth festival out there. The King Family are the kindest people you could ever meet, and good vibes trickle down from there. So much of the interaction is centered around the community kitchen and mealtime, which I could talk about at length, but it really feels like an epic gathering of family and friends. You’ll recognize many of the same faces, year after year.” 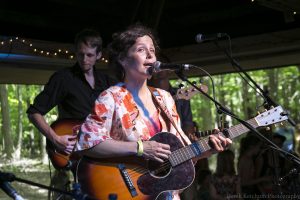 Set on the same grounds where it all started, the rolling hills and wooded acres of Frog Holler Farm in southeastern Jackson County, Holler Fest features four eclectic stages: The Holler Stage serves as the fest’s main stage and is the focal point of the weekend; Second Holler occupies a small, secluded valley, offering a chance to catch a few repeat sets from main stage artists; The Cabin Stage has all the ambience of an acoustic listening room venue, minus the electricity; and The Treehouse Stage provides a shaded corner for stripped-back sets and workshops.

“This year, I am hoping to spend more time at the Cabin Stage,” Kranz says. “It’s a little farther from my campsite than Main Holler, but there’s something about that Cabin that brings out the best in a singer or a storyteller or a musician. I hear that they are hosting a Moth Story Slam there on Sunday, really looking forward to that.”

In addition to the lineup of 70-plus bands, the festival curates a number of workshops and kids’ activities, and also hosts local food and art vendors. Throughout the weekend, hearty vegetarian meals are served from produce grown at the farm, a favorite of many longtime attendees. 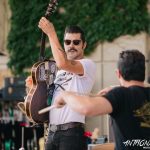 “We get to see a lot of our Southeast Michigan friends at Holler Fest. Being located so close to Ann Arbor and Lansing, you get a very different cross-section of people from what you see at many northern Michigan festivals. This fest is much more family-friendly, inter-generational than what I’m used to on the scene,” Kranz says.

“We are super grateful to have a great slot this year – late night Saturday. Since last summer, we’ve transitioned from a trio to a five-piece band, so we’re returning to Holler with a bigger presence and a powerful sound. I’m hoping that people who have seen us in years past will dig the change.

“Also, Drew and I have the honor of performing with the man himself, (Ann Arbor singer-songwriter) Billy King, during his set. Should be a blast.” 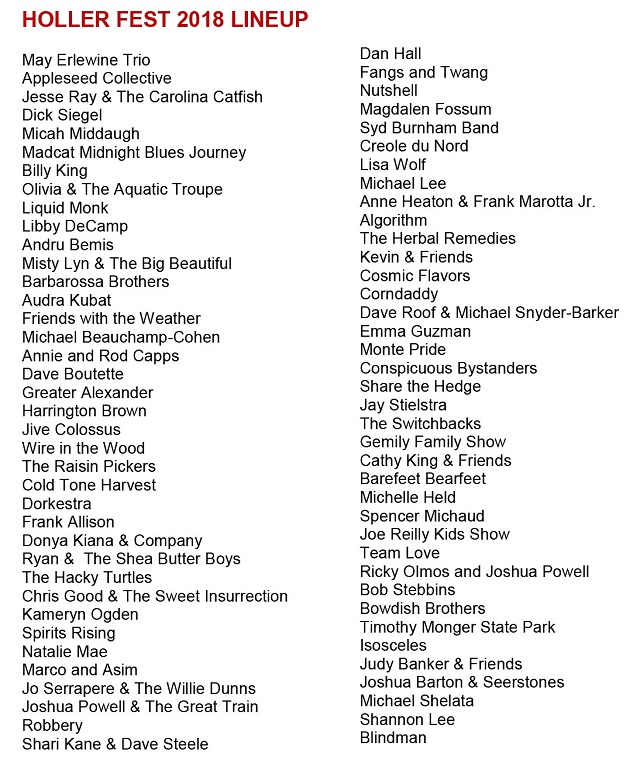 The 2018 Roster of Holler Fest Artists