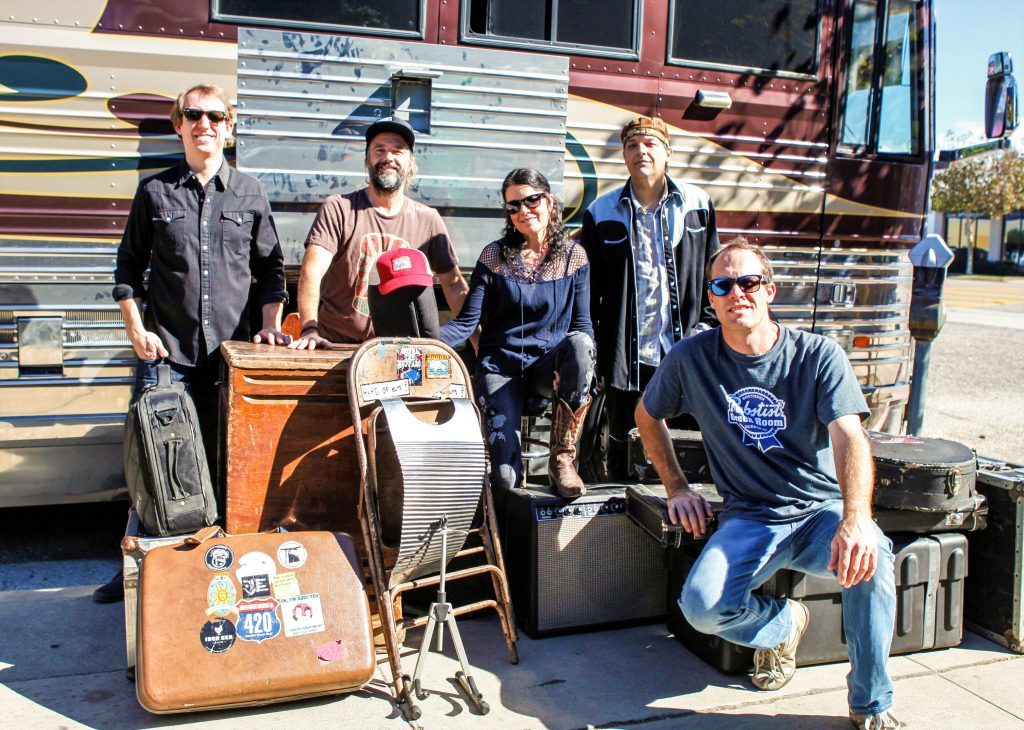 Nomadic Music Makers: Donna the Buffalo will bring their tour to Buttermilk Jamboree for the first time. (Photo/Chris Mortenson)

SCROLL DOWN FOR VIDEOS, AUDIO FROM SOME FEATURED ARTISTS

With Michigan’s festival season already firing on all cylinders, this weekend’s Buttermilk Jamboree at Circle Pines Center south of Grand Rapids doesn’t take a back seat to any of the summer’s celebrations.

Saturday night headliner Donna the Buffalo certainly is ready for a “great time” when it makes its Buttermilk debut.

“We’re big fans of festivals, we play a lot of festivals, we have our own festival. It’s probably our favorite environment to play,” said Tara Nevins, one of the upstate New York band’s primary songwriters who also plays fiddle, guitar and accordion.

“We always love checking out a new festival, meeting new people and I love it when we play Michigan because we have a lot of support there. We look forward to seeing our Michigan crowd.”

Luke Winslow King, who moved back to his native Michigan last year, has played Buttermilk before. And with a new Michigan-bred band and a highly touted new album, “Blue Mesa,” to promote, the bluesy and eclectic songwriter and musician can’t wait to get back to the picturesque Delton festival again.

“I remember playing the side stage to a very enthusiastic crowd with everyone dancing. I’m really excited to get back to Buttermilk and rock the big stage with my full band,” said King, who plays the Orchard Stage at 7 p.m. Saturday, followed by Donna the Buffalo at 9 p.m.

He described Michigan’s robust festival scene as “home court. Everyone is excited about great weather and great music in this beautiful atmosphere we have in Michigan. There’s a sense of belonging and acceptance. People are genuinely enjoying themselves, not trying to keep up with the Joneses.

At Buttermilk, music lovers will descend on the 294-acre plot midway between Grand Rapids and Kalamazoo, filling its rolling hills, forests and meadows with a joyous refrain. The festival, now in its seventh year, also includes workshops, craft beer, local vendors, camping, swimming and activities for kids and teens.

Weekend tickets are available at the gate for $120 ($30 children) and include camping, while day passes range from $30-$60. Gates open at noon Friday with performances beginning at 3 p.m.

DEVOTED ‘HERD’ OF MICHIGAN DEVOTEES SURE TO CHEER DTB

While it’s Donna the Buffalo’s maiden trek to Buttermilk, the band has cultivated a devoted “herd” of fans in Michigan the past three decades. 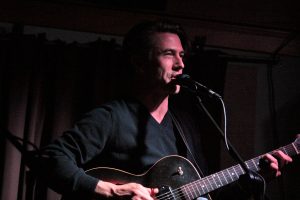 “We’ve never thought about doing anything else. I guess it’s just a love of playing the music, a love of the lifestyle and traveling,” said Nevins. “Time passes and you’re doing what you’re doing and all of a sudden you look around and realize you’ve been doing it for many years. We’re fortunate to have a very supportive fan base, which has certainly helped us continue.”

In February, the band recorded its 11th album at Sonic Ranch in EL Paso with producer Rob Fraboni, known for his work with Bob Dylan, The Band, Eric Clapton, The Rolling Stones and other legendary artists. A release of the “analog-tracked, groove-oriented” album is tentatively planned for the end of summer.

In the meantime, the nomadic music makers will play an exhaustive number of summer festivals and headlining shows across the country. “We’ll be playing some old songs and some brand new ones,” said Nevins. “People can expect to have a great time and feel like they want to dance.”

King, a Cadillac native who spent years fashioning his career in New Orleans, has been busy touring behind his sixth full-length album, “Blue Mesa,” released earlier this year to rave reviews. American Songwriter called it “energized, electric and immediate,” reflecting the “lyrical and musical integrity of a heartbroken journeyman who understands, believes in and respects the road ahead and behind.”

‘EVERYONE IS EXCITED TO PLAY THESE SONGS LIVE’

It’s also not quite as dark as 2016’s “I’m Glad Trouble Don’t Last Always,” released in the wake of a divorce.

“My prior album was written out of urgency and survival. It has a darker blues edge,” he suggested. “This latest one has a more natural presentation that draws the listener in without so many alarms. It still really rocks, but is smoother and more inviting. I think it’s a little easier to listen to and is more generous lyrically.” 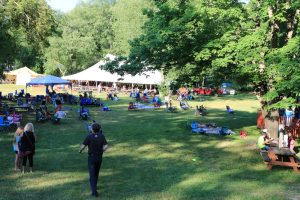 The album has “gotten great reviews and radio play nationally and internationally. … It feels like a new arrival for me. The album has a natural ease to it and I think that comes off in the performance as well.”

Speaking of performances, the guitarist and singer has assembled an “incredible band” of highly respected Michigan musicians to deliver that music this weekend: Mike Lynch on organ, Drew Howard on guitar, Mike Shimmin on drums and Brennan Andes on bass.

“I’ve got an all-star Michigan wrecking crew on this gig. Can’t wait for you to hear the latest incarnation of the Luke Winslow King Band,” he insisted. “Everyone is excited to play these songs live.”

Check out the full lButtermilk ineup on all five stages and details about this weekend’s festival online at buttermilkjamboree.org.