The Crane Wives’ Emilee Petersmark hosted a ‘Stay in Your House Show’ with W. Michigan acts streaming sets from home. Local Spins was there to capture the vibe of the ‘new normal’ in the live music scene. 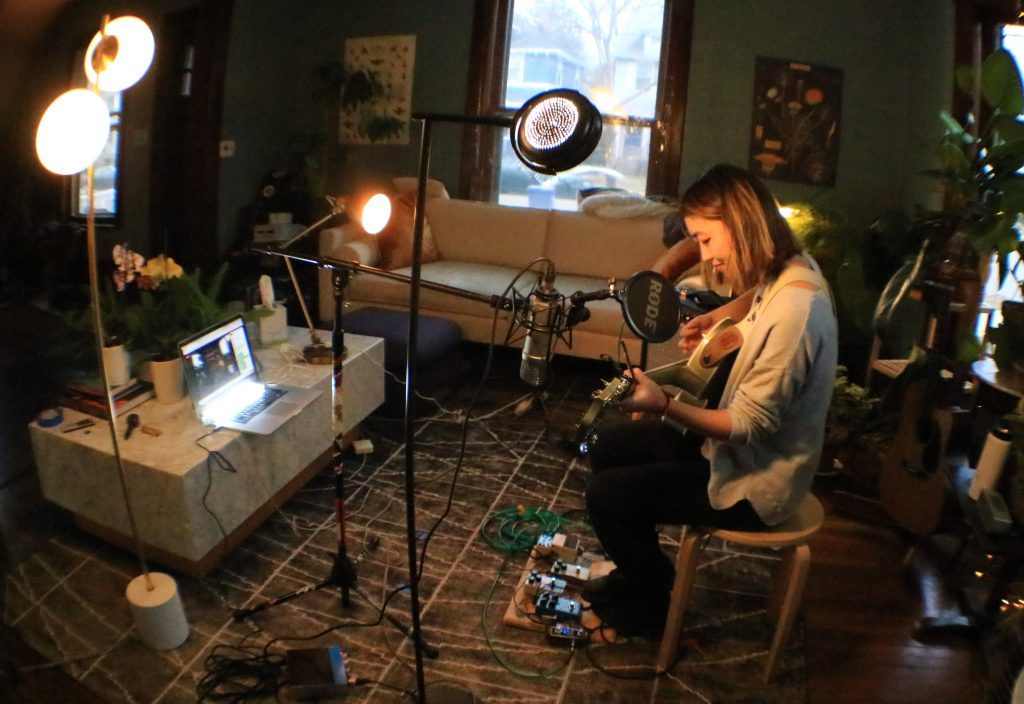 From the cozy confines of her home on a windy evening, Emilee Petersmark stands in a crowded corner.

She’s surrounded by a backdrop of various plants and an assortment of lamps that crisscross over each other and illuminate the room.

From the next room, her partner Korey Schnell yells, “10 minutes!” Morty the cat sits contentedly beside the heating vent.

Everything is poised for the final set of the virtual concert series they created called, “Stay in Your House Shows.” 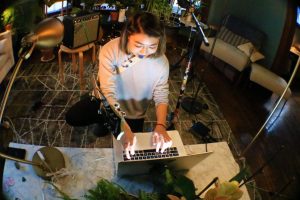 ‘See a Need, Fill a Need’: Petersmark getting ready for her online set. (Photo/Anna Sink)

“The day we decided to launch, I posted on the Mitten Music Facebook page asking what people’s plans were generally, about moving forward with touring and shows. And this was before mandatory shutdowns, and I think we were all just kind of wondering what our social responsibility was. The amount of people who responded and said ‘I’m financially obliterated by this’ was overwhelming,” Petersmark said from dining room table while Schnell monitored the streaming performances.

“Every musician was in a state of panic. No one had an answer and we were all just freaking out. Seeing the outpouring of need from the community got our brains working about how to be proactive about it. We were trying to find ways that would allow musicians to continue to stay at home, and Korey had this idea that if everyone could be an admin of a Facebook page, that makes the page the venue and all the music is funneling through this one spot. When we didn’t see anything else come up that day, we just decided, ‘See a need, fill a need.’ ”

Schnell and Petersmark, a member of the Grand Rapids folk-rock band The Crane Wives, began the streaming series amidst the recent COVID-19 pandemic and the restriction of large gatherings that resulted in an almost overnight disappearance of in-person live music. Countless tours and concerts, as well as a number of major festivals have been canceled or postponed.

The pandemic has taken a particularly heavy toll on members of the DIY music community who make a significant portion of their income from live gigs. The digital show series features a virtual tip jar via PayPal where viewers can support performers throughout the event.

“It’s been surprisingly smooth,” Petersmark said. “I think everyone has moved into this virtual format very naturally. There is definitely the space for it.”

The evening included 30-minute sets by The Crane Wives’ Dan Rickabus, Public Access’ Steve Leaf, singer-songwriters Loren Johnson and Justin Stover, and Petersmark — all streaming the performances from their own homes. 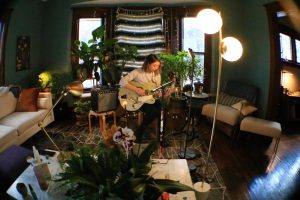 Even though the performers streamed from their respective homes, a communal environment was created with dozens of comments and likes from fans flowing in for each set in support of the effort.

“I thought it went flawlessly,” said Johnson after performing a soulful set that included songs from her new EP, “Into the Morning.”

“Emilee and Korey are fantastic organizers and you could really feel the camaraderie between the musicians and this community during the sets. Spirits were kept high while still acknowledging the gravity of our situation. These kinds of events are currently the sole avenue for musicians and artists to work right now,” she said.

“These are people who typically have incredibly diversified income streams, and most — if not all — of those streams are dry right now. Not only are these events a way to keep each other afloat, but it brings much-needed joy and sense of connection to people, especially in times that so easily feel dark and lonely.”

Later sets included an engaging performance by Stover, whose comedic banter rippled through the digital waves, and a powerful closing set by Petersmark that featured scorching originals and a much-adored cover of “Devil Like Me” by Rainbow Kitten Surprise.

“I hope people take away that where there’s a will there’s a way,” said Petersmark. “We are very much not throwing in the towel. We want to fight to survive, and to continue to bring music to the people. So I would hope that people feel inspired to find more workarounds in their own lives.

“You gotta buckle up, it’s gonna be a long time.”

Local Spins has a new Viral Virtual Venues guide to live-streamed concerts. To see the list of upcoming shows or add a concert to the calendar, go to https://localspins.com/events/. 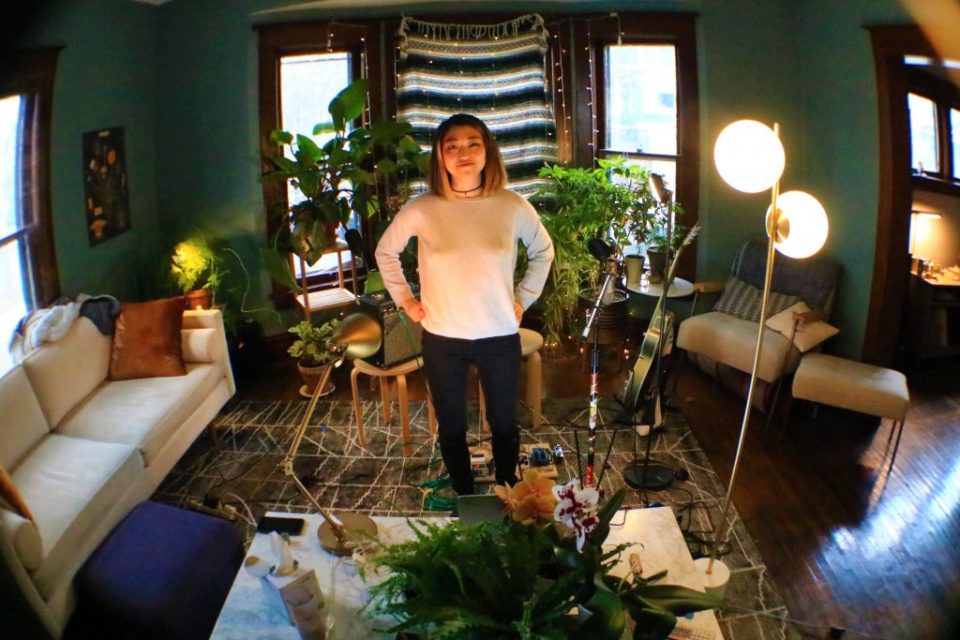 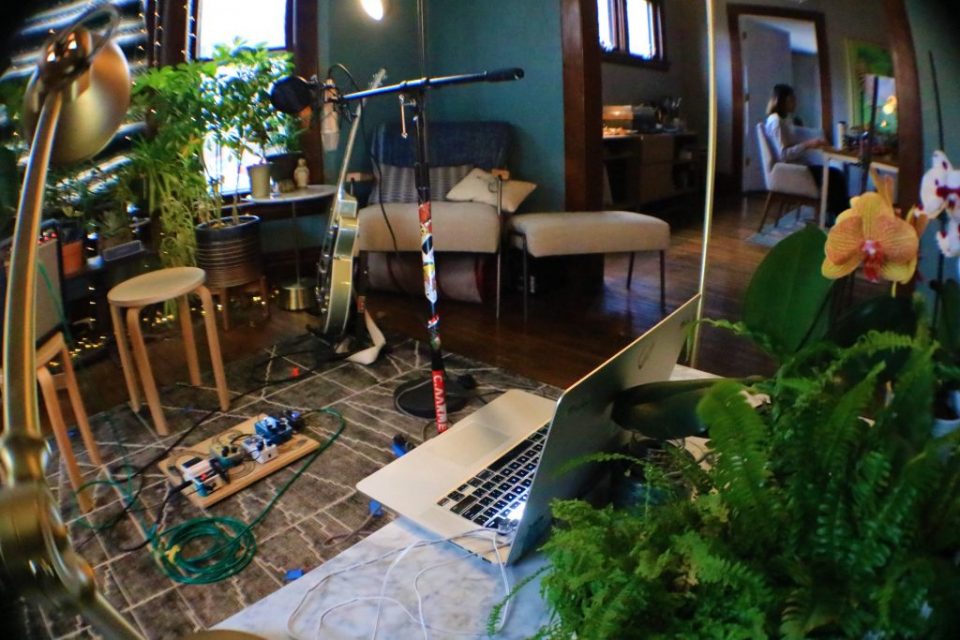 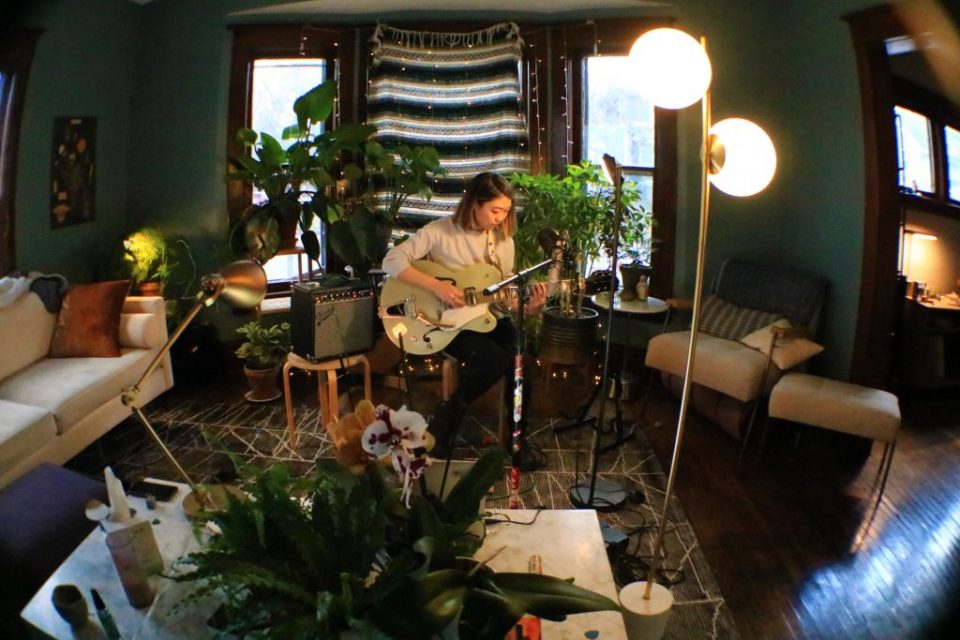 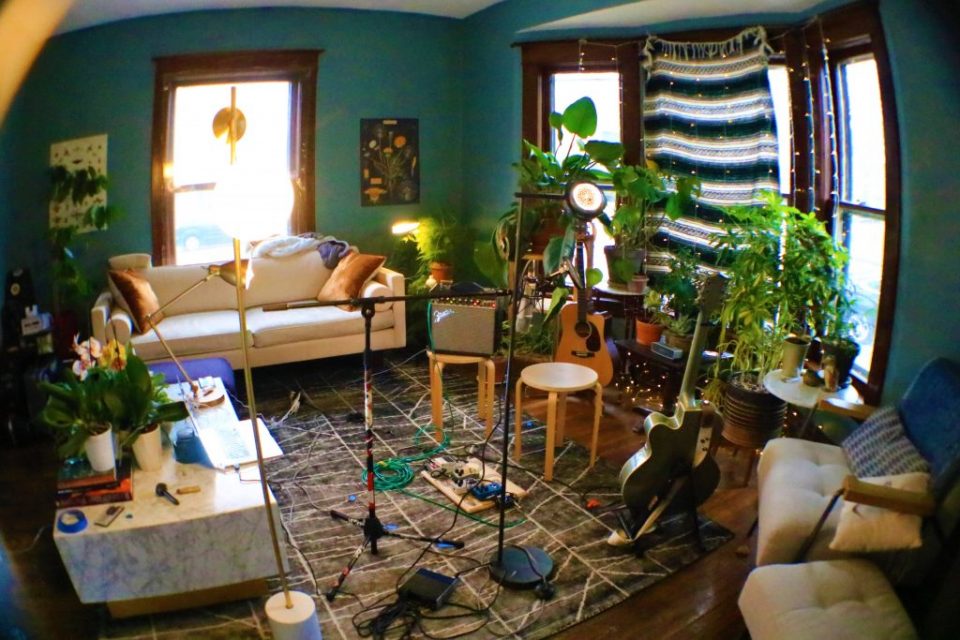 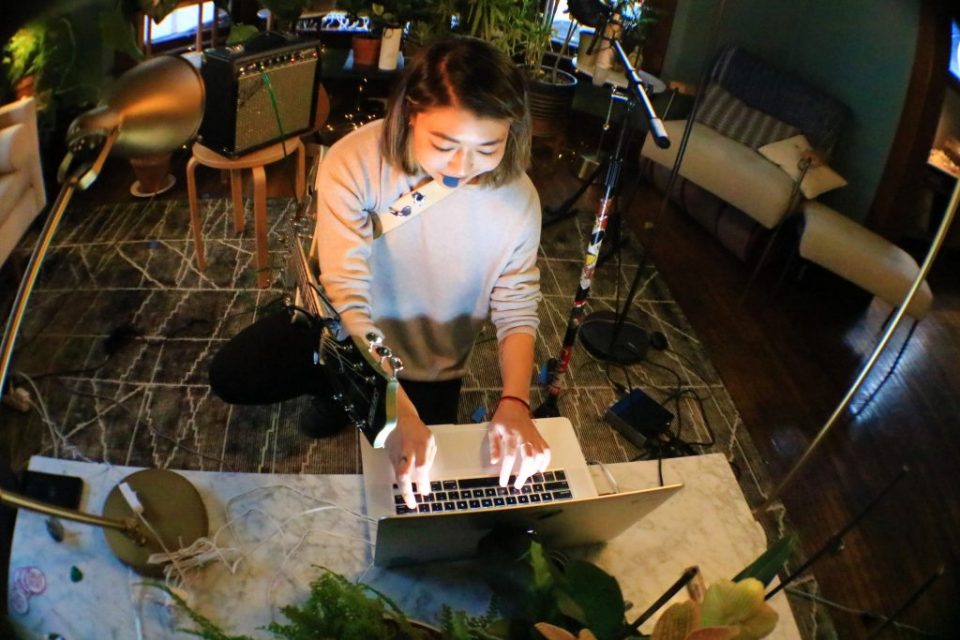 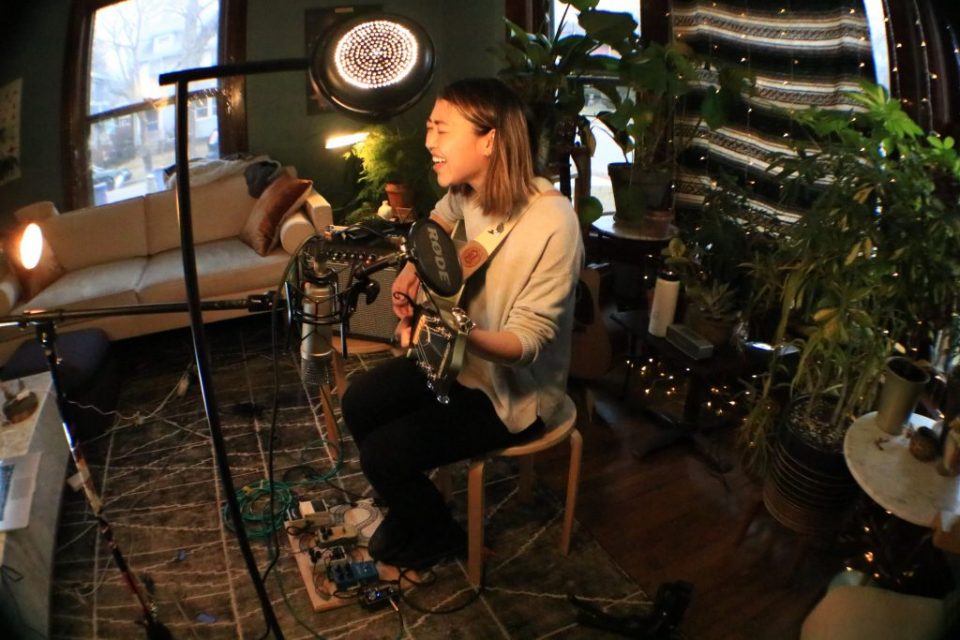 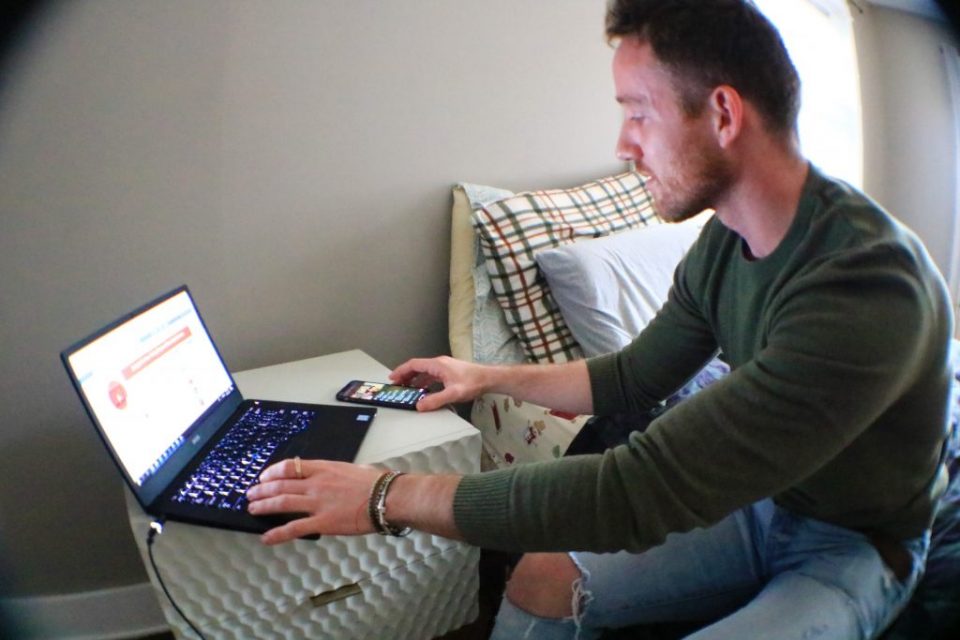 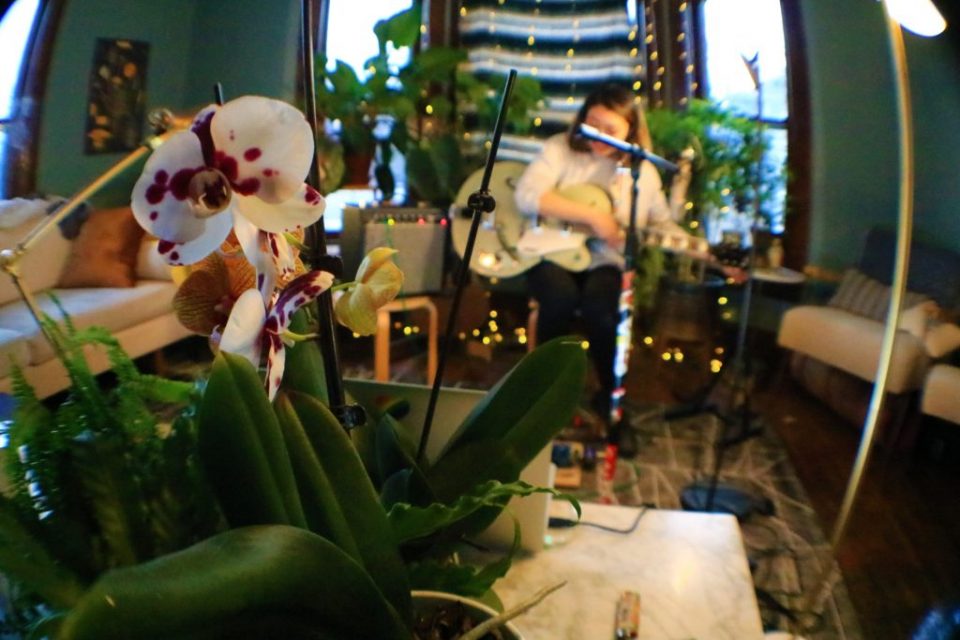 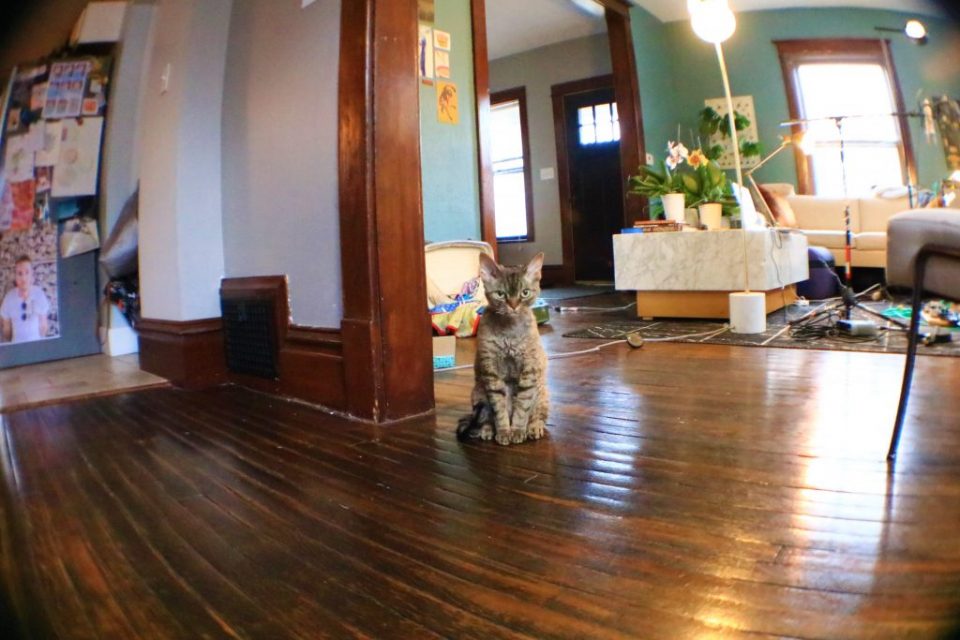 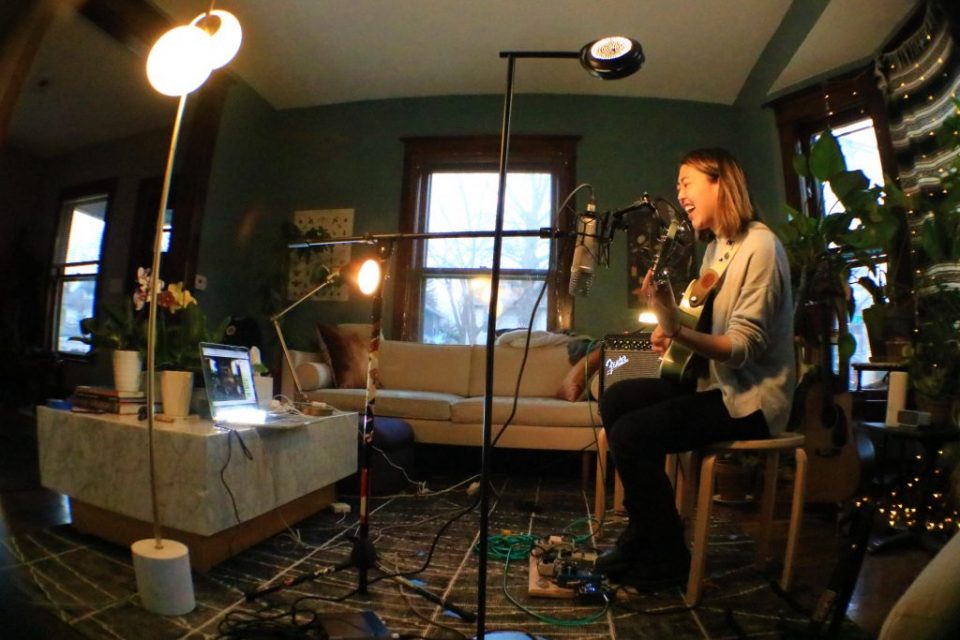 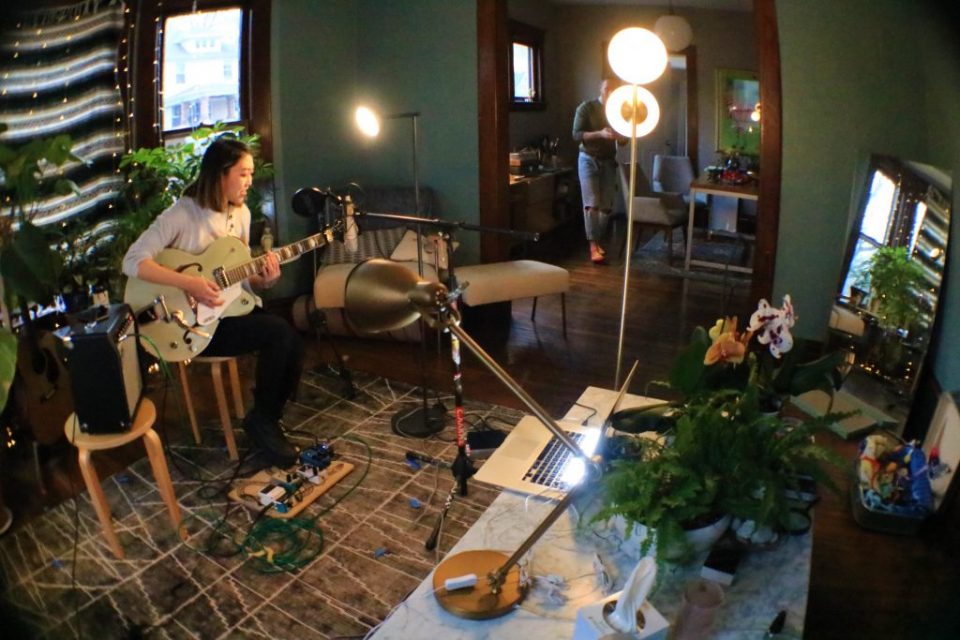 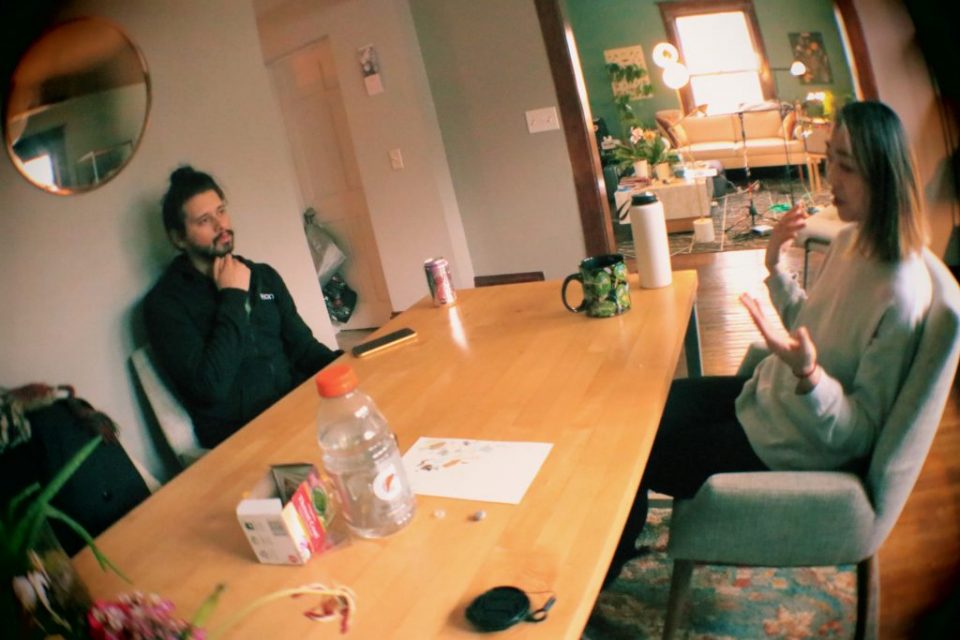 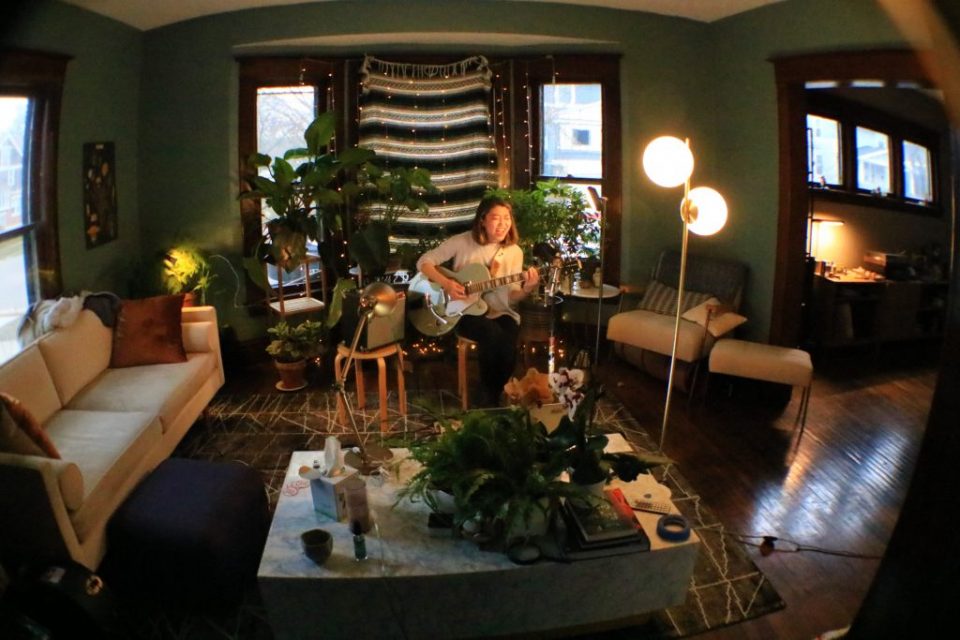 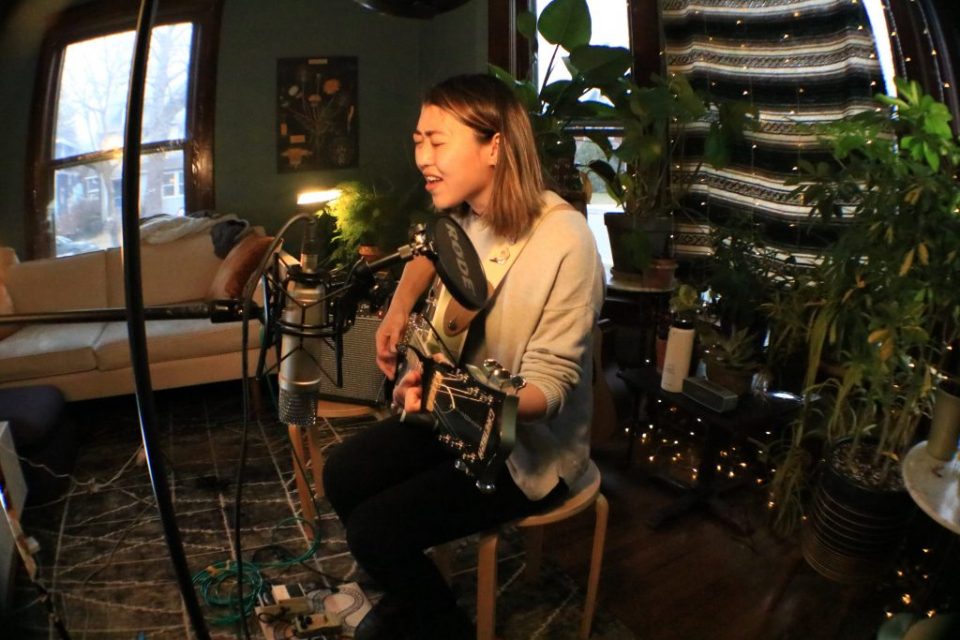 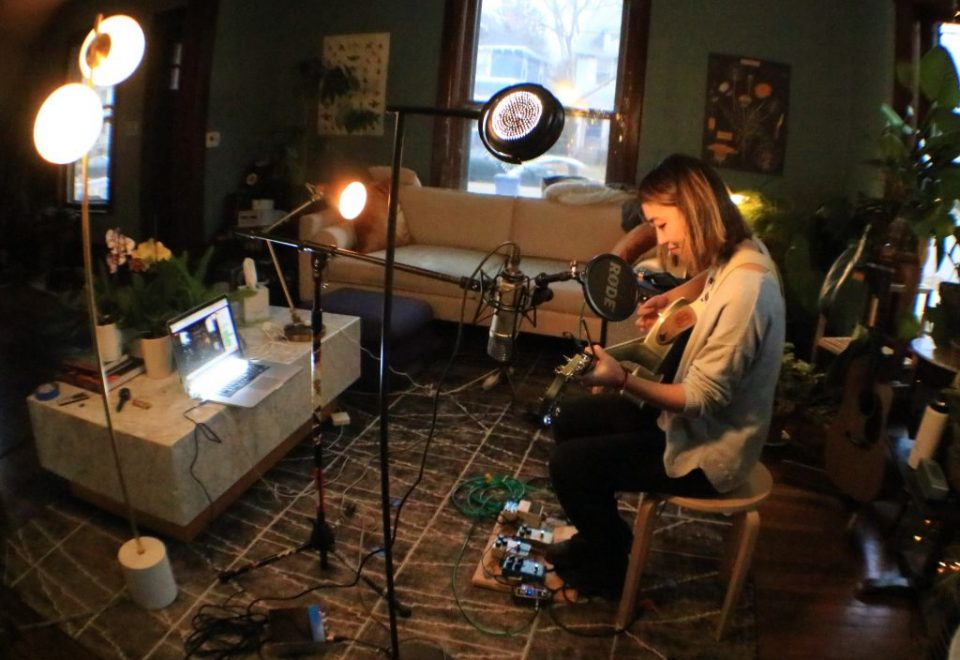 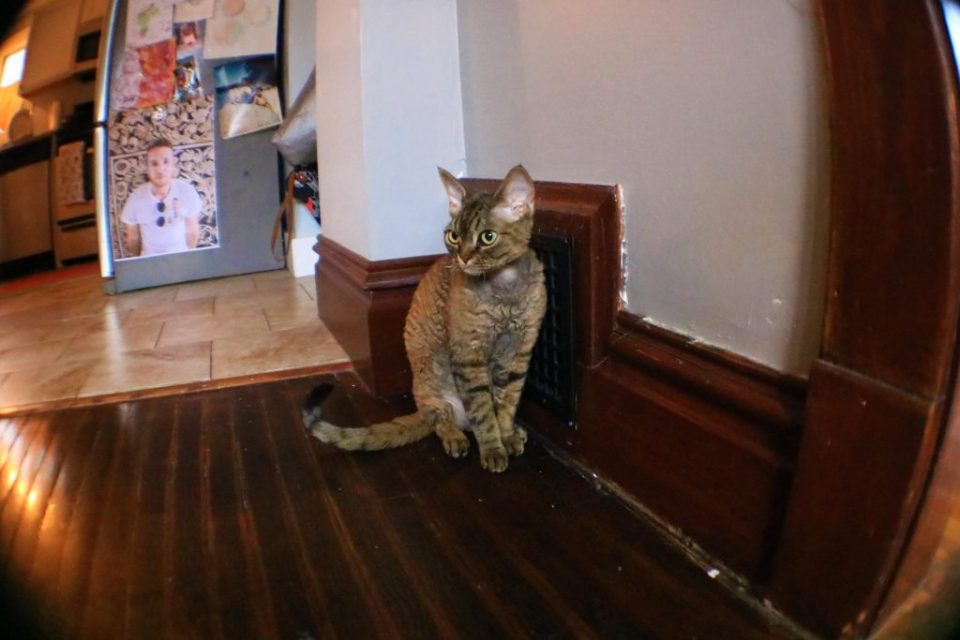 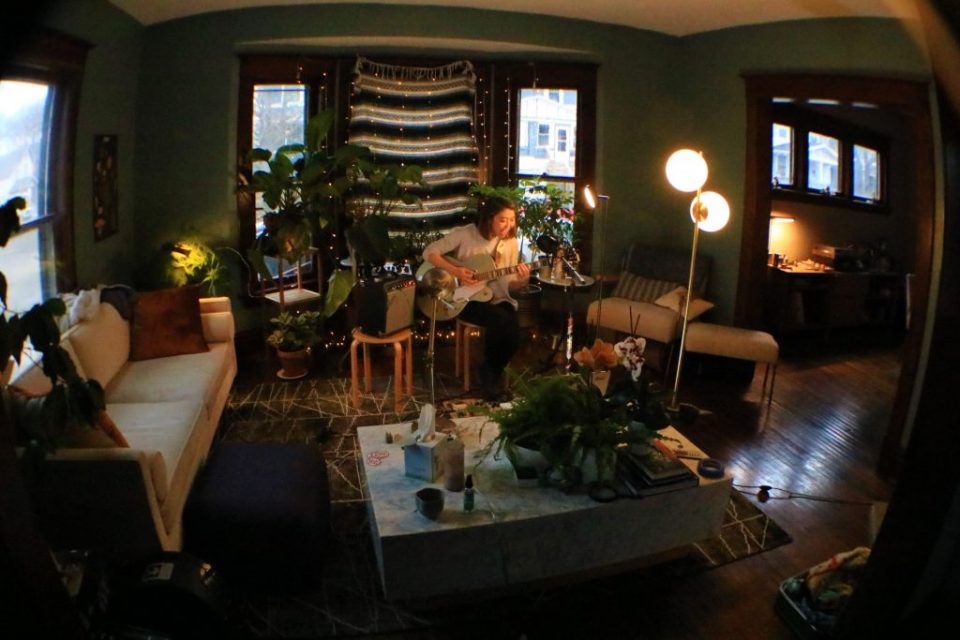 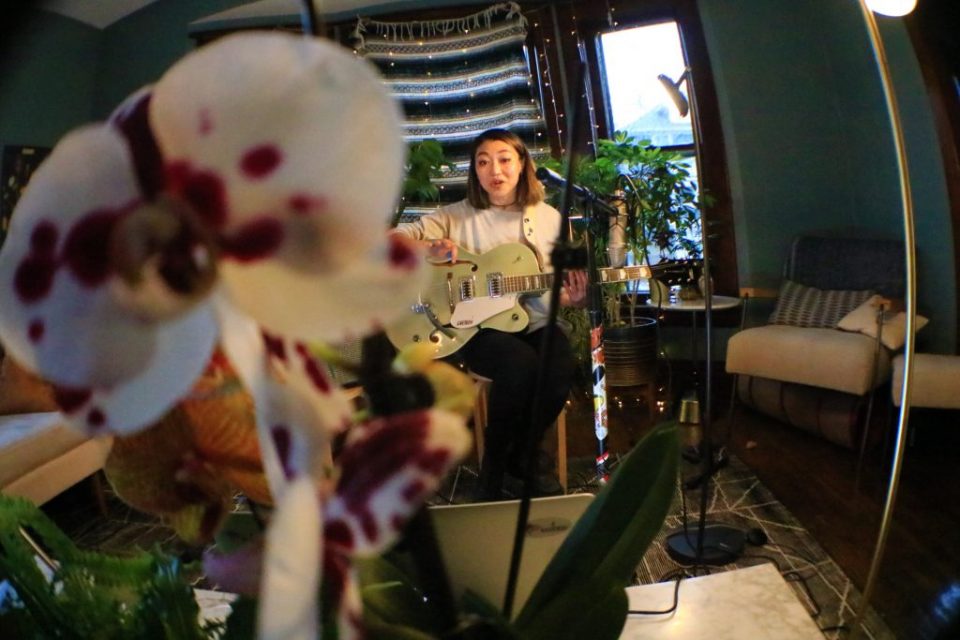 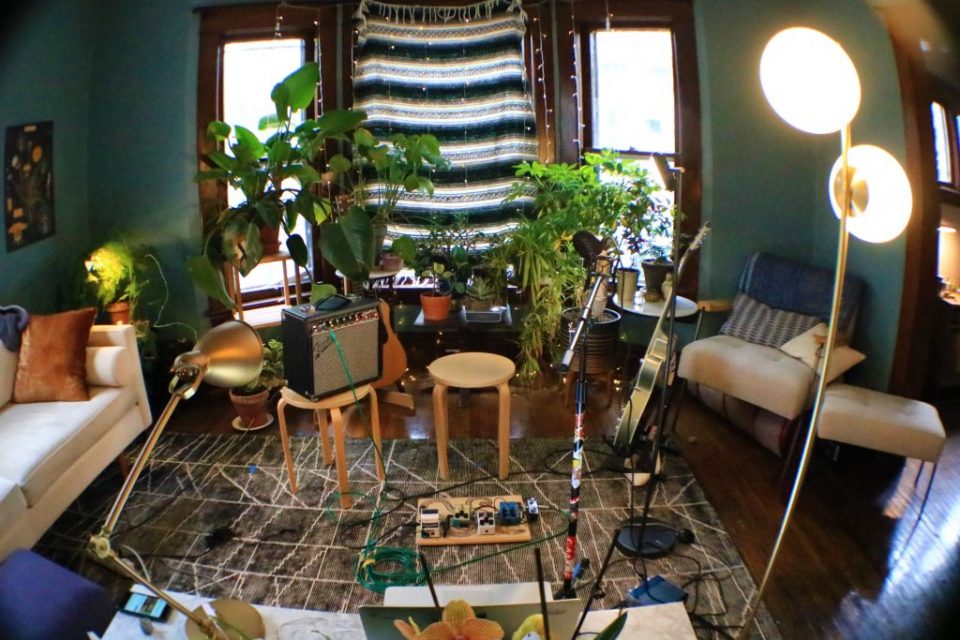 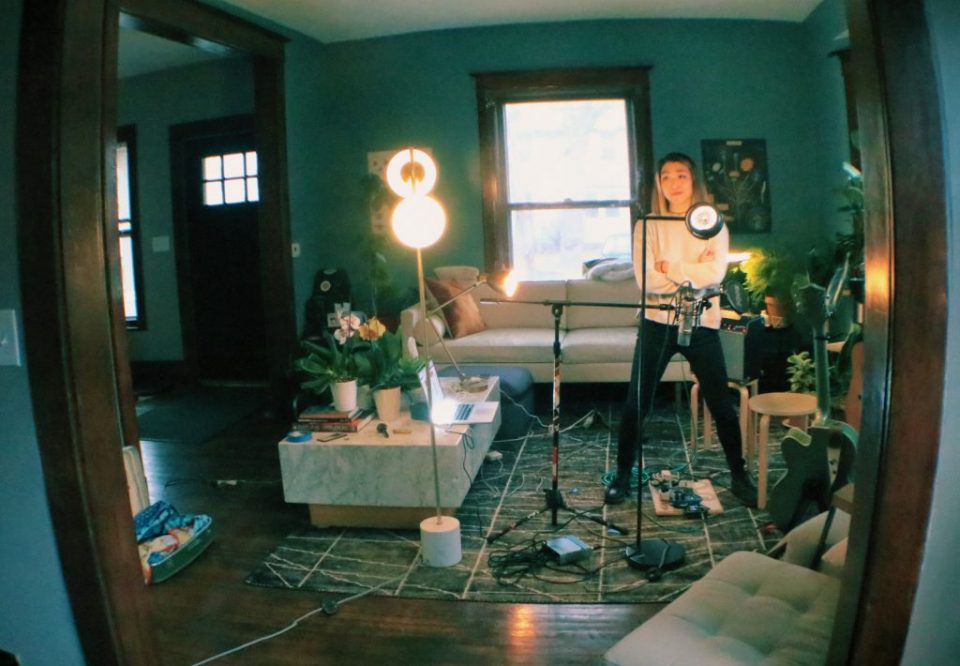 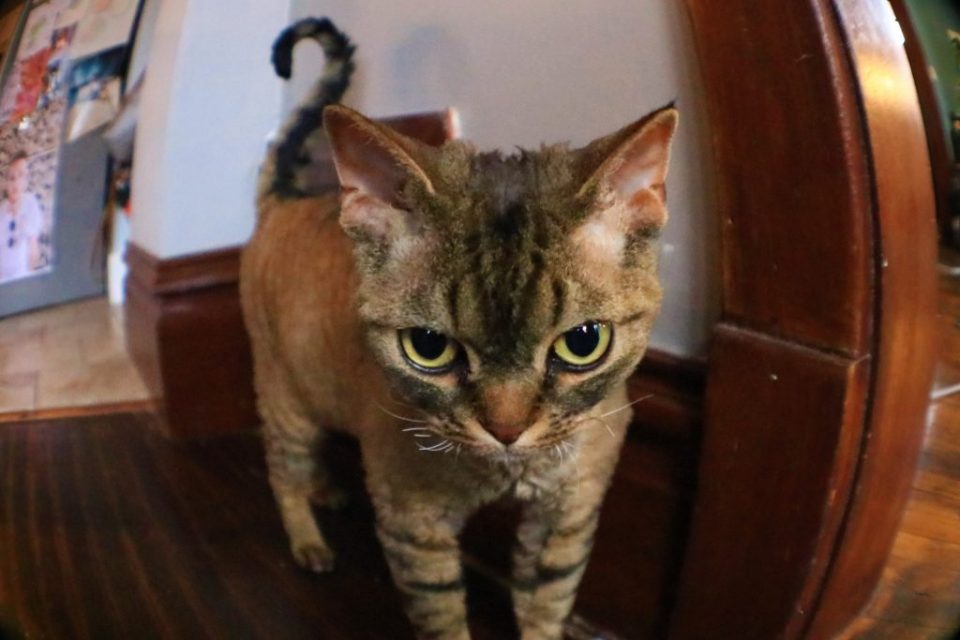