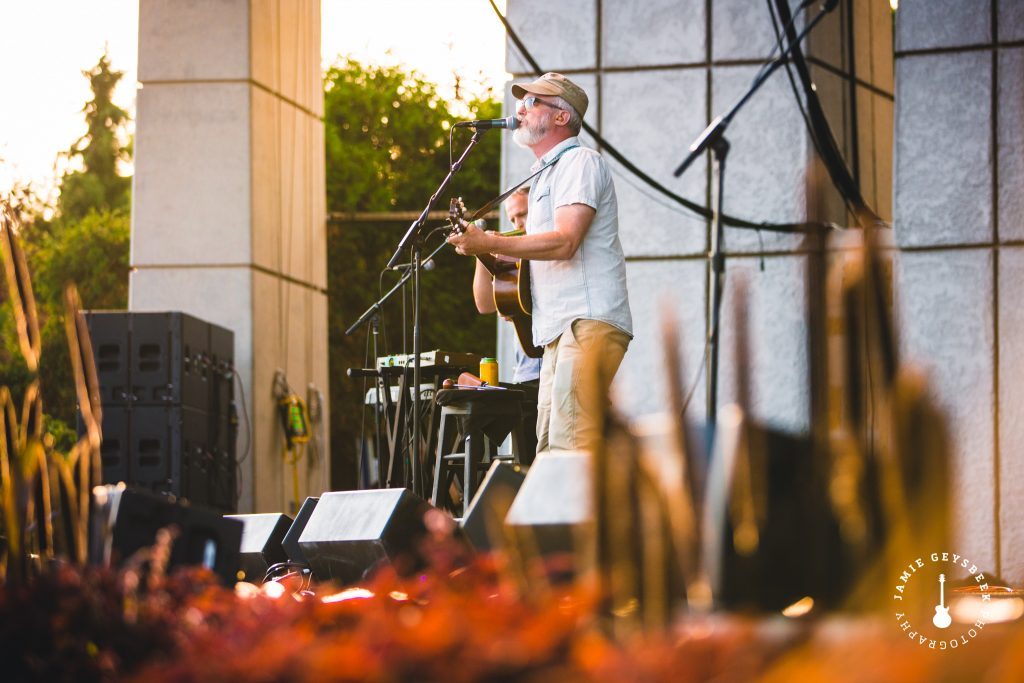 It has been replaced in a post-social-media/Millennial era by a healthy sense of skepticism mixed with an earnest, if not always feasible, desire to fix the world.

Us “olds” may not always “get it,” but doesn’t it at least seem somewhat preferable to a near-constant rolling of the eyes and a flippant, “What the hell am I supposed to do about it” disenchantment and shrug of the shoulders?

All that considered, CAKE — a band that cut its smirking teeth in the midst of Gen X’s artistic reign (and which fully embraced the associated trappings) — shouldn’t fit into this current cultural landscape.

But as the California alt-rock/pop/funk/hip hop band demonstrated Wednesday night during its sold-out performance at Frederik Meijer Gardens & Sculpture Park, the group’s updated recipe includes plenty of sincerity to balance out that familiar snark. 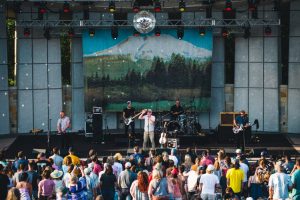 McCrea also paused on more than one occasion to pay tribute to the natural beauty of the venue and the value in slowing down to enjoy a tech-free moment.

He also encouraged folks to embrace the opportunity to make a difference in a political climate in which “things are morally obvious.” The band a few minutes later played its 2018 independently released song, “Sinking Ship,” which McCrea has called a “pessimistic” but “not hyperbolic” assessment of the current human condition. Proceeds from the sale of the song have benefited Doctors Without Borders. (See? Not such a cynic after all.)

Because this was an “evening with” the band –a “civilized” affair complete with intermission, as McCrea pointed out — there was no opening band. Instead, the audience enjoyed two acts plus a brief encore of nothing but CAKE, for a total of 17 songs (plus an instrumental number during the band’s giveaway of a Honeycrisp apple tree to a lucky audience member, a familiar interlude for anyone who caught the band’s 2014 Meijer Gardens’ appearance).

In those two-plus hours, fans were treated to quirky instrumentation (that vibraslap!) and heard essentially all of the top hits: “Love You Madly,” “Never There,” “Frank Sinatra,” “Short Skirt/Long Jacket,” “Sheep Go to Heaven” and show closer, “The Distance,” plus a few deeper cuts.

For me and many other gently aging X-ers who packed the show (Go us! Out late on a school night!), those songs were ubiquitous during our college rock years. So I should just go ahead and not mention how long those tracks have been around (Hint: it’s more than two decades.)

But, like a lot of us, they’re still holding on and actually aging pretty damn well, thank you very much. Funny what a sense of humor mixed with a bit of heart can do. 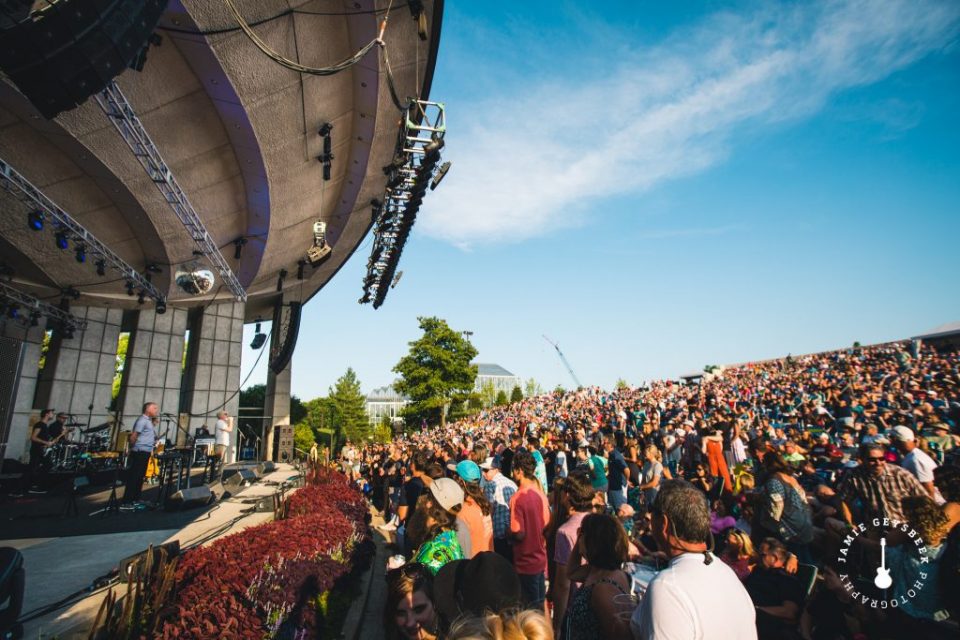 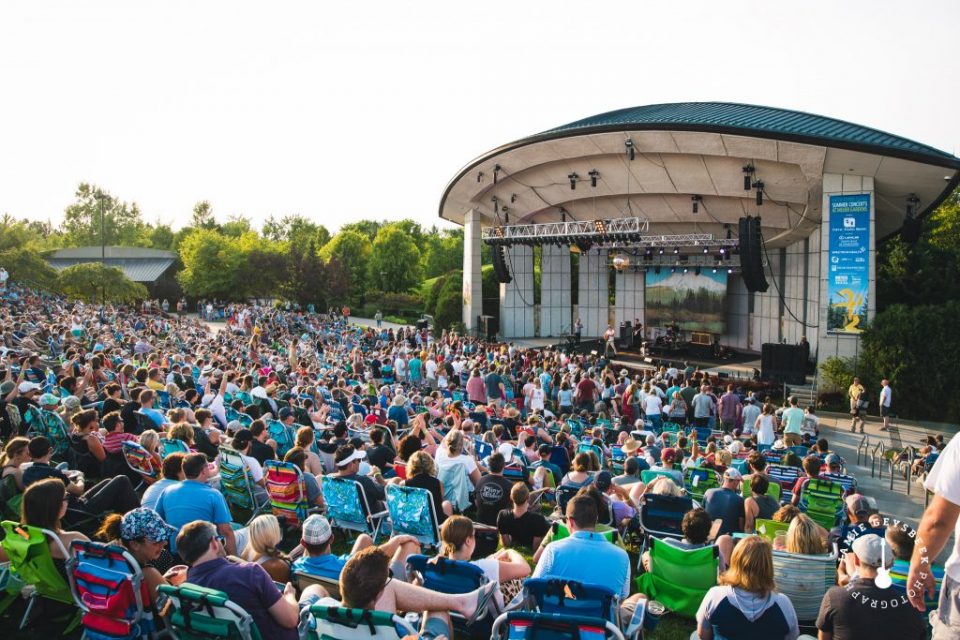 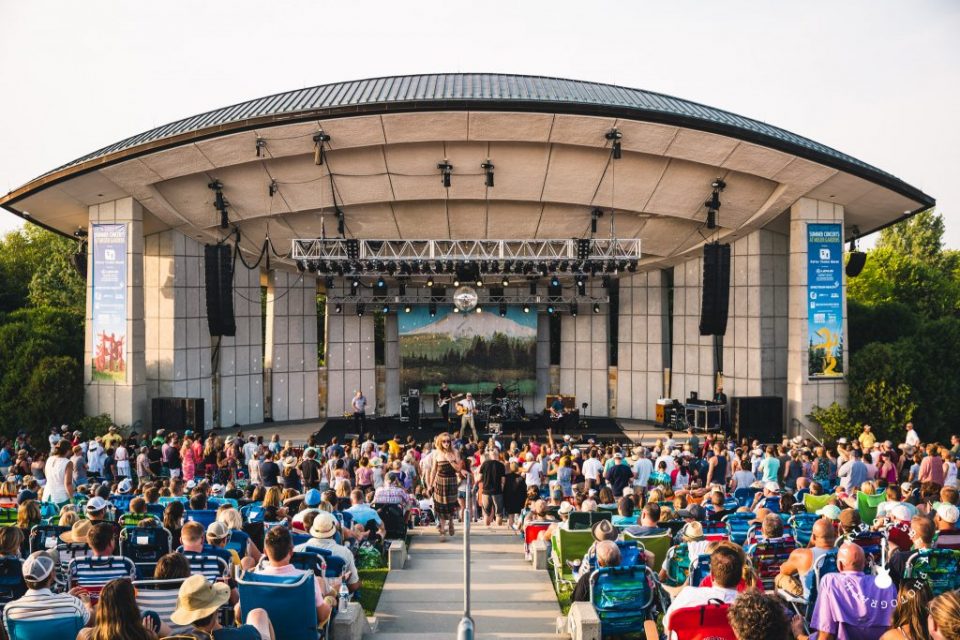 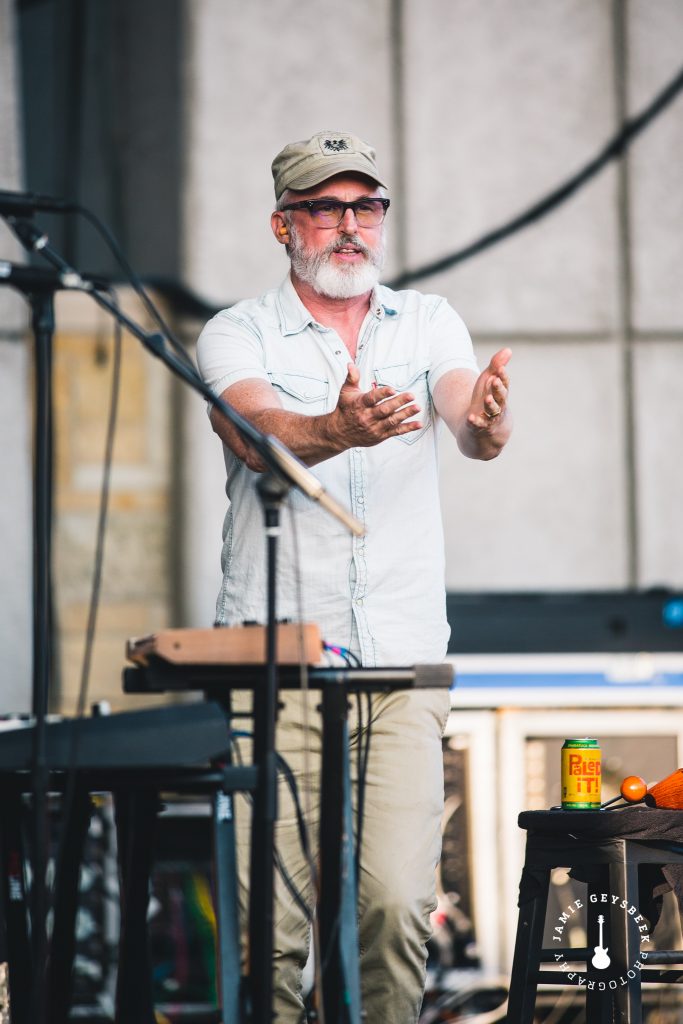 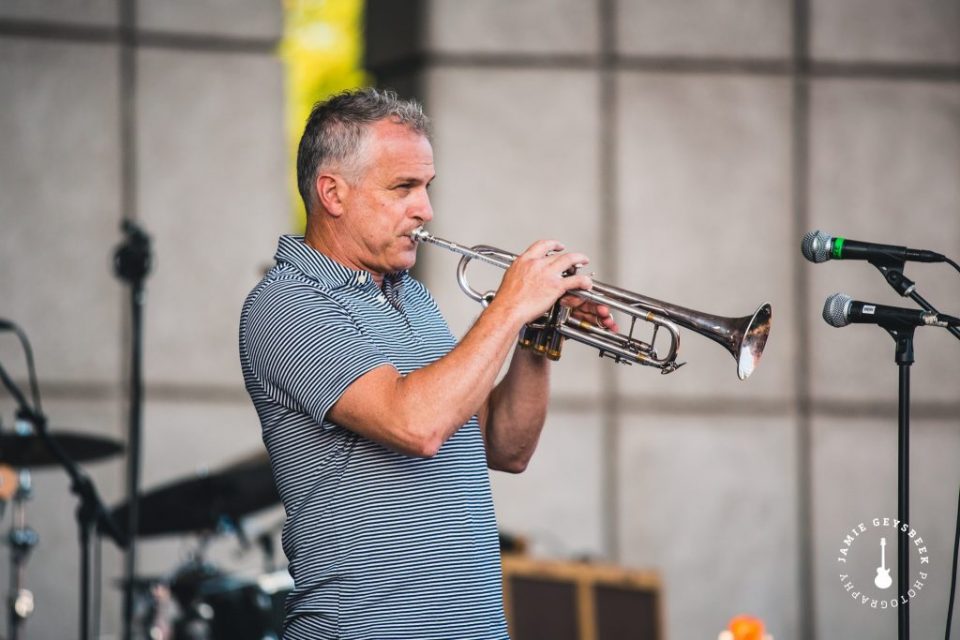 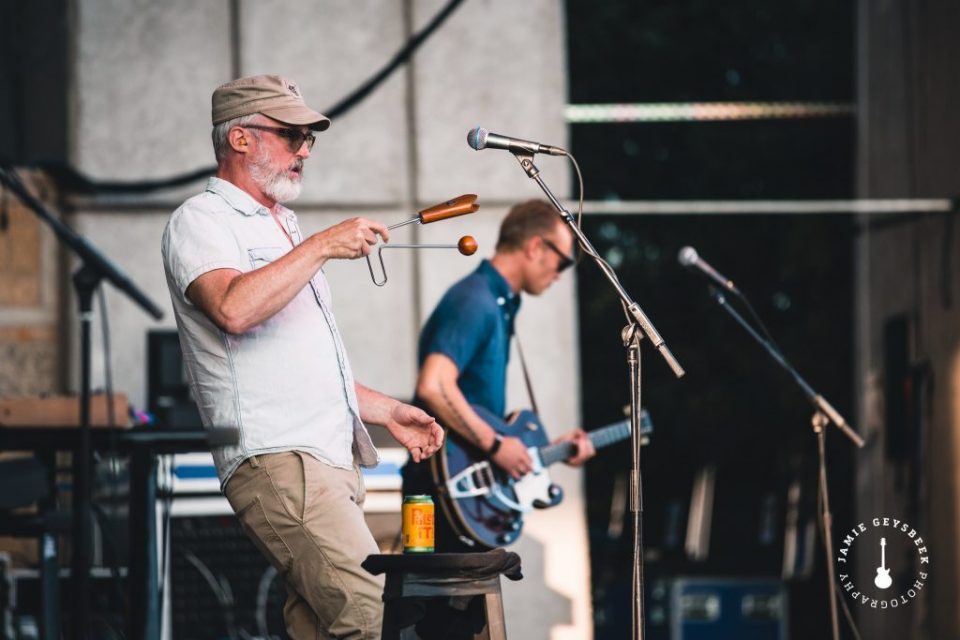 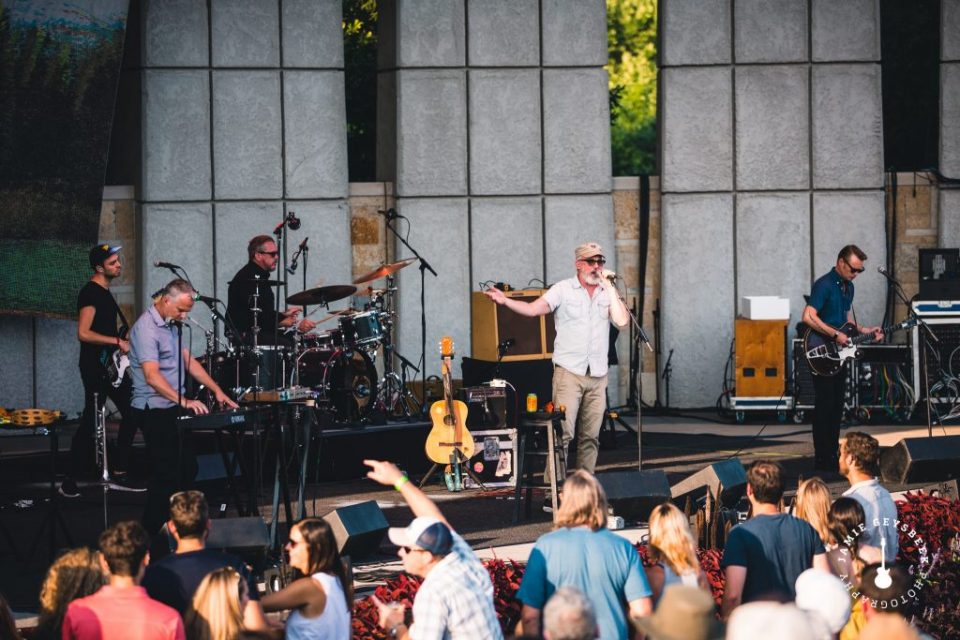 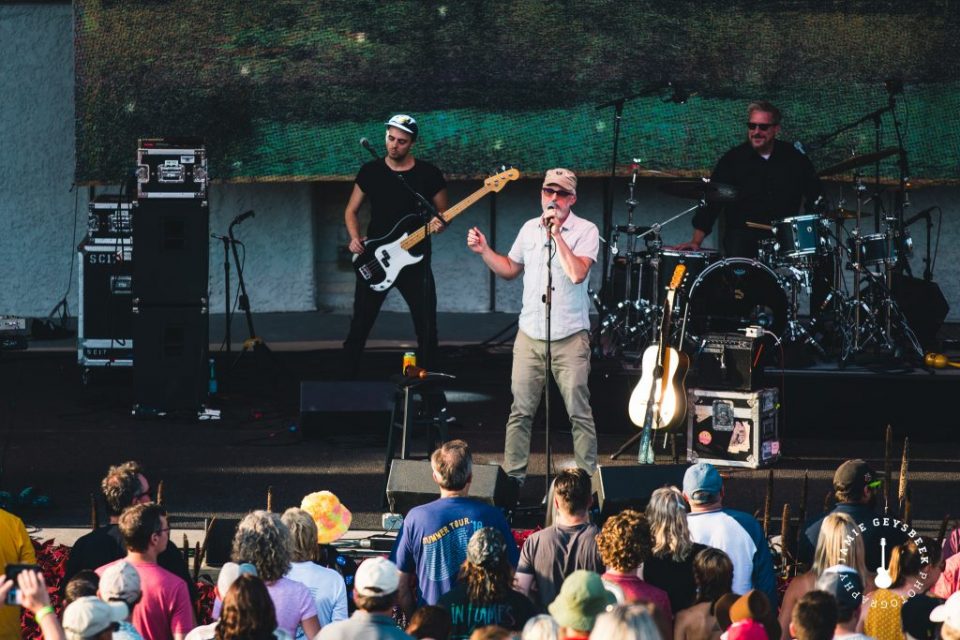 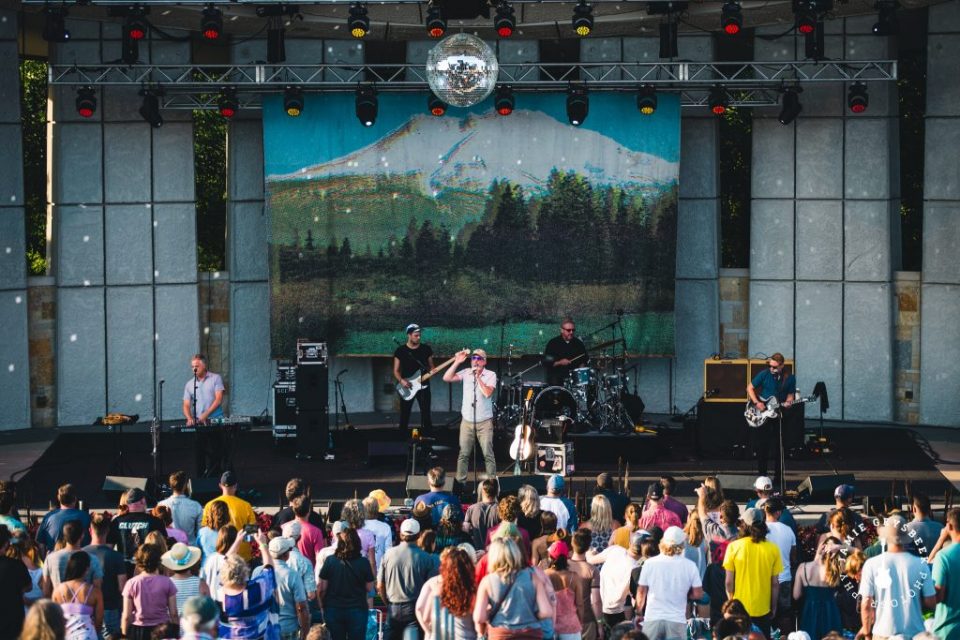 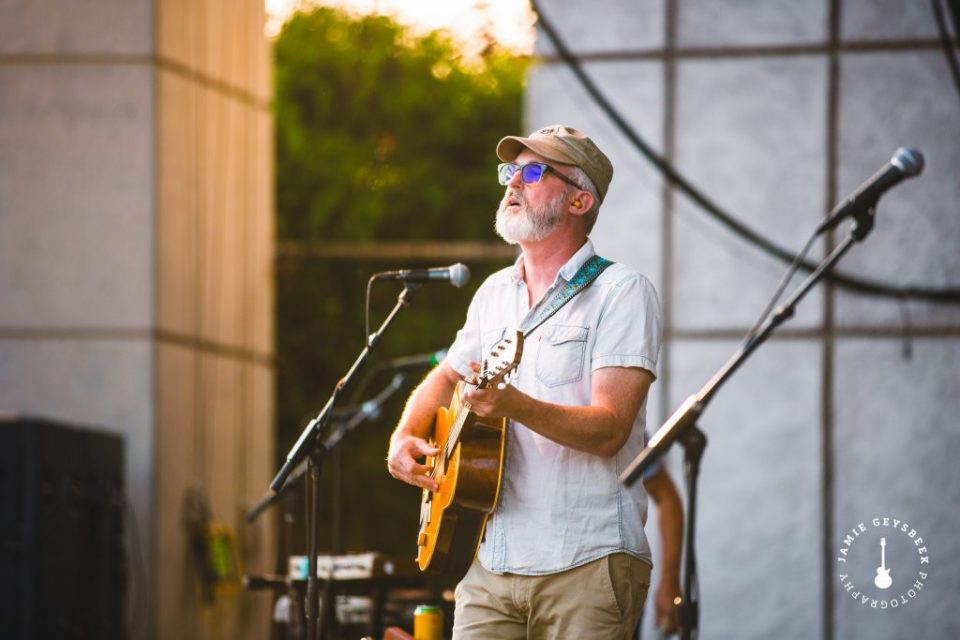 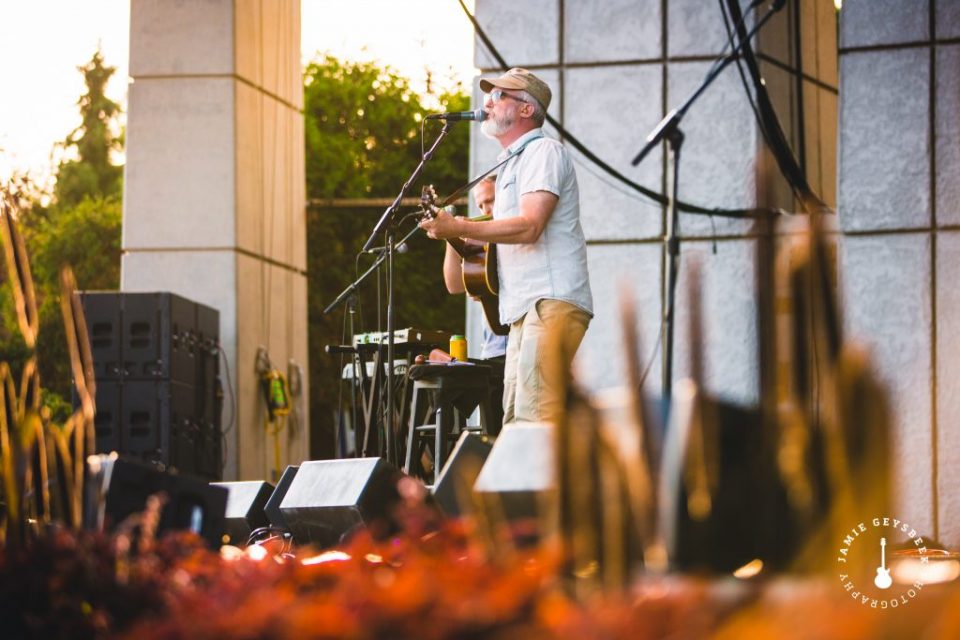 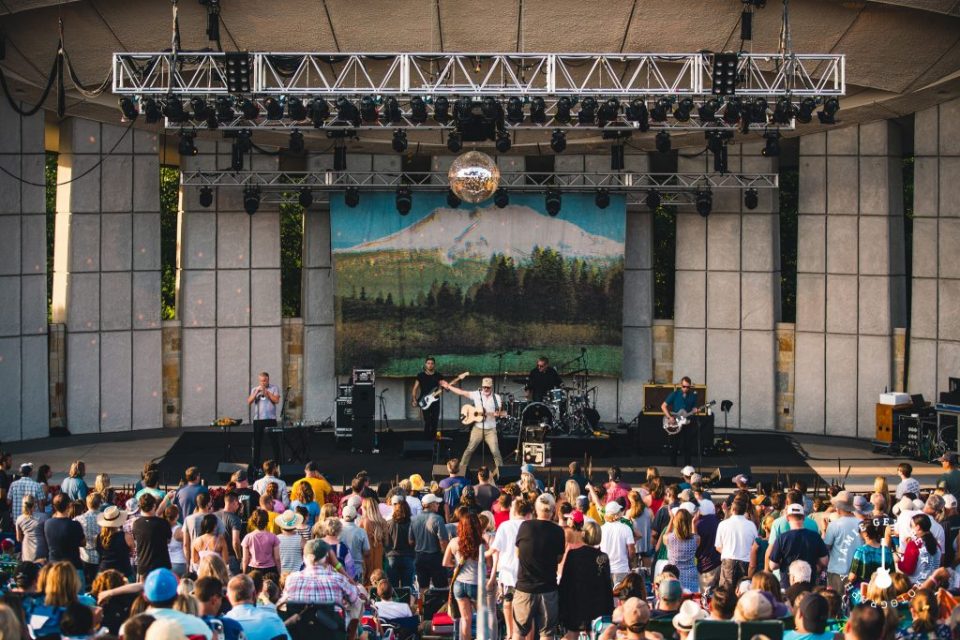