Spanning the state, this roundup of new releases by Michigan artists ranges from hip hop to pop-rock to post-hardcore to indie-rock to soothing, healing AC music. 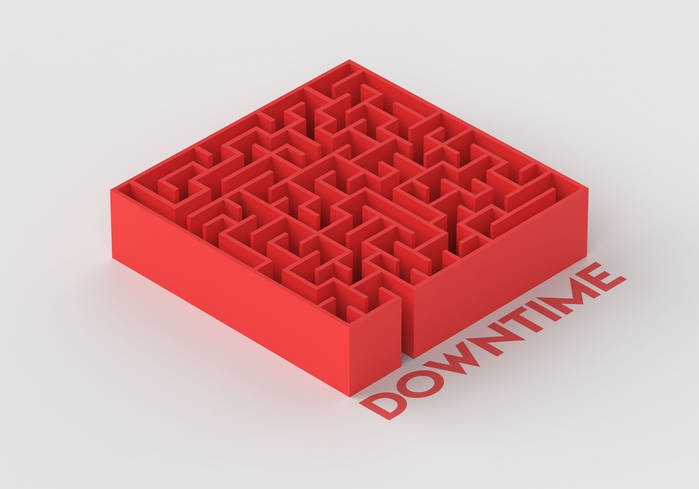 “Downtime”: For those experiencing that amid COVID-19, this is a Michigan album to check out.

Michigan’s music scene teems with hidden gems deserving to be unearthed and celebrated.

This week’s roundup of local and regional releases boasts plenty of those — albums off the beaten path or overlooked depending on your location or your usual musical rotation. Check out the reviews; listen to tracks from each of the featured artists. 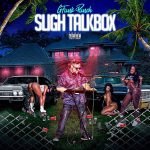 What Stands Out: Grand Rapids’ Sligh Talkbox brings back the good vibes and positive energy that the world desperately needs right now with his latest album, “G-Funk Punch.” The project provides the listener with a smooth and relaxed vibe that just makes someone want to sit back and enjoy the weather while appreciating the little things in life. There’s a lot of soul and passion invested in “G-Funk Punch” that exhibits an indisputable amount of talent.
Digging Deeper: “G-Funk Punch” boasts a vast amount of guest collaborations. For example, “Feel It” features Mexican–Caucasian mixed rapper 40 MacaFramA hailing from Omaha, Neb., an artist with whom Sligh Talkbox has collaborated previously. They have great chemistry together and their history as musical partners shows on the track. Another featured artist on the project: Reggae dance-hall artist Rubi Dan from the United Kingdom who Talkbox met through the independent record label Urban Alliance Entertainment. Rubi Dan’s reggae-drenched style on “G-Funk Punch” is refreshing to hear and adds flair to an already great song representing the album.
Perfect For: Pulling yourself out of a bad mood. – Jason Clark
Website: https://www.facebook.com/Talkbox.Sligh/
Listen: “G – Funk Punch” 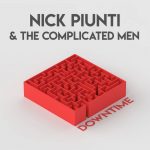 What Stands Out: There’s a comfortable and engaging throwback quality to the music of Detroit’s Nick Piunti & The Complicated Men. It synthesizes the best of artists such as Toad the Wet Sprocket, Elvis Costello, The Gin Blossoms and other staples of decades previous, and moves them forward into the new millennium with a fresh pop-rock vibe. Singer-guitarist Piunti has the sort of voice that makes him immediately relatable and arresting for listeners, and his sharp, smart songwriting shines through on standout tracks such as “Bright Light,” “Never Belonged to Me” and “Contract.”
Digging Deeper: Recorded at Ann Arbor’s Big Sky Recording and co-produced by the band and Geoff Michael, “Downtime” is filled with clever arrangements and exemplary accents — from stellar harmony vocals by Ryan Allen, Chris Plum and bassist Jeff Hupp to the polished keyboard work of Kevin Darnall and drumming of Ron Vensko. Truly one of Michigan’s bright spots when it comes to 2020 releases by regional artists.
Perfect For: Nostalgic reunions with old friends. – John Sinkevics
Website: https://www.nickpiunti.com/
Listen: “Never Belonged to Me” 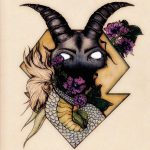 What Stands Out: Grand Rapids-based alternative/post-hardcore band Crooked Heart is on the attack with “Perpetual Twilight,” its second album. In a genre that consistently tries to find new ways to build on foundational punk-rock, Crooked Heart takes that experimentation in stride and builds “Perpetual Twilight” around that. The entire album breathes, with verses sucking listeners in before peaking at choruses to release tension. Its musical toolbox is well-suited with a smearing of crunchy, gritty sounds and emotional vocals that gives the band definition and leaves listeners with something to hold on to.
Digging Deeper: Crooked Heart is at its best when it pushes the boundaries in building up and releasing musical pressure. “A Visitor” is the perfect example, with a propelling, dirty guitar during the verse that gives way to gut-punching drums and a fat, fuzzy bass in the chorus. Throughout the entire album, drummer Aaron Mace gets special props as the band’s spiked backbone, both holding down every track while evolving percussion to stand out as a leading sound at times. As a whole, the band strays away from cliche crutches and isn’t afraid to use odd rhythms or time signatures to catch a listener’s ear. While at times their efforts don’t stick, Crooked Heart’s most memorable entries reflect its penchant for going against the grain, such as “Into the Vale.” Here, the band takes its foot off the gas with a smooth, charming sound before drop-kicking listeners with a powerful chorus, especially highlighting singer Elija Wyman’s diverse range.
Perfect For: Powerlift pre-gaming and black leather mosh pitting. – Nick Moran
Website: https://www.facebook.com/crookedheartband
Listen: “Into the Vale” 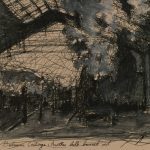 Bedroom Ceilings
“Another Bulb Burned Out”

What Stands Out: Grand Rapids indie-rock, best-friend duo Bedroom Ceilings provides fans with a collection of seamlessly transition tracks that hit close to home on the sophomore release, “Another Bulb Burned Out.” The duo’s influences — Bright Eyes, Margot & The Nuclear So And So’s and King Krule — help feed the sound and feel of the album. The chemistry between Dean Chittenden (songwriter, lead vocals, piano) and Ben Steer (acoustic guitar, bass) propels the project, enhanced by the quality of instrumentation and emotive delivery.
Digging Deeper: One of the things that shines throughout “Another Bulb Burned Out” is the engineering. Incredibly pleasing sonically, the album tells a story from the perspective of someone struggling with a negative mental state, feeling undeserving of success. Many up-and-coming artists can relate to the theme as well as average listeners. Everybody has those days. The album also touches on the struggle of loss, which can weigh on one’s conscience, providing another theme to connect with fans.
Perfect For: Reflecting on life. – Jason Clark
Website: https://bedroomceilings.bandcamp.com/album/another-bulb-burned-out
Listen: “Clairvoyance is Never Simple” 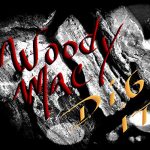 What Stands Out: For Westland-based gritty blues band Woody Mac, “Dig It” both builds genre-rooted walls and tears them down. Opening with “We All Have Hard Times,” the group’s Southern rock/blues influences are stout and powerful, especially with singer-guitarist Allen McMillan’s soulful sandpaper vocals. Beyond the azure rock, “Dig It” opens up to show Woody Mac’s musical flexibility. At the tail-end of the album, listeners are moved from rich blues to a universe where Pink Floyd and ZZ Top may have collaborated on “Vertigo.” Above all else, “Dig It” is a straight whiskey album, with stinging complexity and odd smoothness that matures as it lingers.
Digging Deeper: From the very start of the album through its conclusion, McMillan absolutely shreds on nearly every track, which means his fingers battle his voice for the most standout aspect of this collection. On “More Evil Than Fine,” that’s complemented by punchy, rough percussion from Timmy Sears and Jeff Dork holding down the low notes with a funky, bluesy performance on bass. “More Evil Than Fine’s” titular line emanates cool, but songs like “Judgement Day” have lyrics nearly as badass as their instrumentals. While picking a favorite guitar performance on the album is difficult, “Judgement Day” has the best balance of verse-based progression, bridge changeups and breaks for McMillan to work his magic in a less-is-more solo — a style that shows off his mastery as well as the breakneck, face-paced riffs that shine on “We All Have Hard Times.”
Perfect For: A fat cigar and bourbon, straight with no rocks. – Nick Moran
Website: https://www.woodymacblues.com/
Listen To: “Move Evil Than Fine” 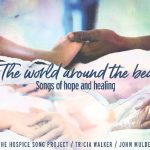 John Mulder & Tricia Walker
“The World Around the Bed:
Songs of Hope and Healing”

What Stands Out: This is really a set of musical stories about hope for the terminally ill and the comfort that hospice care brings to patients. The soft adult-contemporary collection spearheaded by Spring Lake singer-songwriter and physician John Mulder and Grammy Award-winning artist Tricia Walker was commissioned and released this spring by the National Hospice and Palliative Care Organization, aiming to “instill a sense of hope and promise” for patients and letting them know there’s “a dedicated army of angels who will walk with them through their darkest moments.” In that sense, there are plenty of uplifting moments — from the opening track “Joy in a Teardrop” co-written by Walker and Mulder, to contributions from a host of other artists.
Digging Deeper: As a prescription for healing and light amid an often-despairing situation, this 11-song collection produced by Jeff Taylor has a mostly calming and soothing quality about it. Standout tracks include the piano-propelled “Before I Die” (written by Mulder) and Walker’s gospel-infused “Suffer No More” that closes out this collection that was sparked by The Hospice Music Project and available online at netforum.nhpco.org. (Read more in this Local Spins feature story.)
Perfect For: Any loved one in hospice or living in isolation. – John Sinkevics
Website: https://netforum.nhpco.org/eweb/DynamicPage.aspx
Listen: “Before I Die”