Amid the current crisis, Mulder’s collaborative “The World Around the Bed” not only serves as an instrument of hope for hospice patients, but also those affected by COVID-19. The back story at Local Spins. 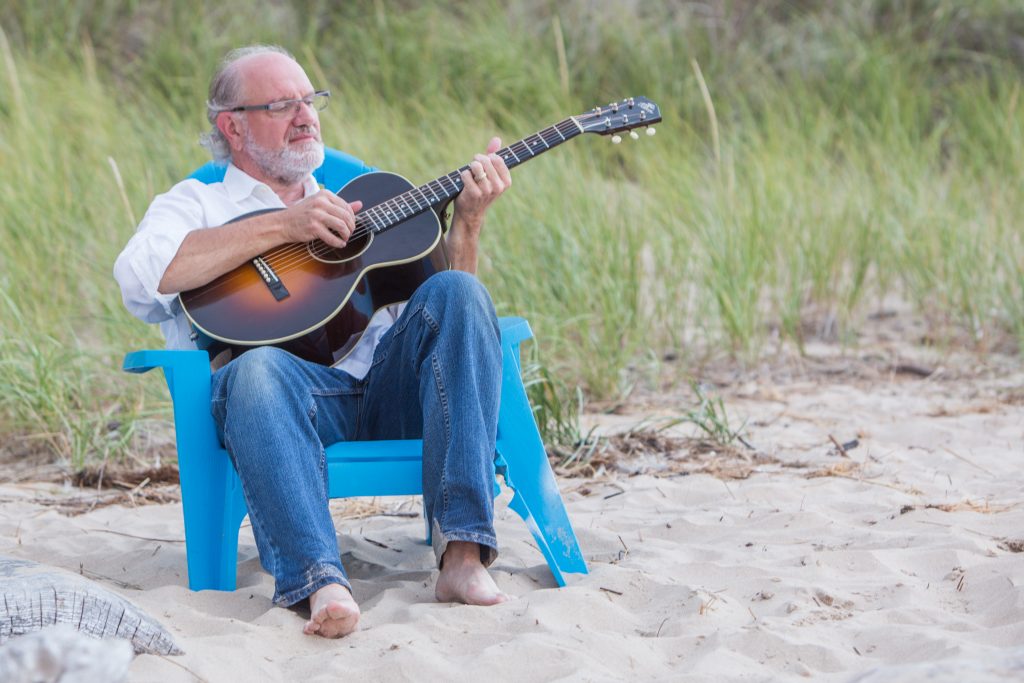 Instilling a ‘Sense of Hope and Promise’: The goal of John Mulder’s collaborative project for hospice patients and workers. (Courtesy Photo)

Amid the trying times of the current COVID-19 pandemic, West Michigan musician and songwriter John Mulder believes the collaborative album, “The World Around The Bed,” can give those affected by the virus the extra push they need to get through the day.

“The lyrics of these songs are intended to instill a sense of hope and promise that even in the midst of a pandemic that has isolated people, they are never truly alone,” Mulder said, “and there is a dedicated army of angels who will walk with them through their darkest moments.”

Created as a collection of “songs of hope and healing” for hospice patients, their families and care givers, the project created by the longtime hospice physician in collaboration with Grammy Award-winning songwriter Tricia Walker has sparked a warm and wide-ranging response. The album officially was released this spring by the National Hospice and Palliative Care Organization and is featured prominently on the group’s website. 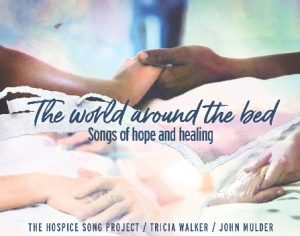 The Album: “The World Around the Bed”

The story behind Mulder’s involvement with the project speaks to the inspirational power of music — as well as his perseverance and passion in overcoming obstacles and offering a ray of hope to others.

Primarily working as a hospice doctor and with palliative medicine since 2000, the Michigan native and longtime musician was diagnosed in 2015 with a life-threatening lung illness known as idiopathic pulmonary fibrosis. IPF is a type of lung disease that results in scarring of the lungs and a shortened life span.

As Mulder put it, “the prospect of being in the final phase of life prompted me back to writing music,” something he’d set aside for several years.

Mulder, who currently teaches at Michigan State University College of Human Medicine and is the director of the Mercy Health Grand Rapids Hospice and Palliative Medicine Fellowship Program, turned to music to share his feelings and serve as the voice for those diagnosed with a terminal illness.

The result was a collection of songs, “Joy Wins,” that was recorded in Nashville “with some friends.” He describes that album released in November 2016 as “stories of brokenness, restoration and redemption.”

About the same time, Mulder was approved for a lung transplant, which he received on April 12, 2017. (Mulder has continued to do well, “without complications or setbacks.”)

The following year, Mulder was invited to speak at the 2018 National Hospice and Palliative Care Organization conference held in New Orleans. Doing what he does best, he presented a session on the therapeutic benefits of songwriting along with longtime collaborator and Mississippi native Tricia Walker. Mulder had met and worked with Walker in Nashville while putting together an earlier album, “The Learning of the Heart.”

WRITING SONGS INSPIRED BY THE REFLECTIONS OF HOSPICE WORKERS

As they took the audience through their songwriting process, Mulder and Walker collected feedback and reflections from hospice professionals about their work. The pair then quickly turned those reflections into a new song, “Joy in a Teardrop,” that they performed for the 2,000 conference attendees the very next day. (Scroll down for a video of “Joy in a Teardrop.”)

The song was so well received that they ended up pressing it into a CD single that sold nearly 2,000 units and generated more than 8,000 views on YouTube. The NHPCO loved the song so much that the organization asked the songwriters to assemble an entire album as part of The Hospice Music Project. 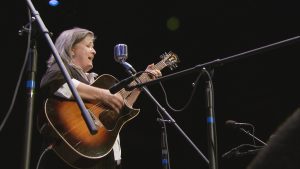 Recorded in January, the album, “The World Around the Bed: Songs of Hope and Healing,” features 11 songs, including tracks such as “Joy in a Teardrop,” “Beautiful Scars,” “Into the Light” and “Suffer No More.” Proceeds from sales of the album are supporting purchase of personal protective equipment (PPE) for hospice providers.

Touched by sentiments expressed in the album, fans have showered Mulder with loving, universally positive comments. Hospice workers and patients have remarked that the songs accurately reflect their feelings and experiences.

“I am so grateful for the opportunity to share this album in honor of all the hospice workers, patients and their families,” noted Tom Dalton, who co-wrote one of the songs on the recording. Several other acclaimed writers, including Phil Madeira and Jackie Carlyle, assisted with the project.

Walker noted in an NHPCO press release that “gifted and compassionate hospice professionals lovingly shared their thoughts, ideas and stories with us and then allowed us to shape their ideas into the special songs that have been created for this unique project. 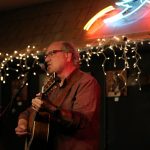 During the challenging COVID-19 pandemic, “songs that emphasize love, compassion and hope are needed now more than ever,” added NHPCO President Edo Banach.

For Mulder, it’s a way of “communicating the sacredness of our work” in the hospice field. After serving more than three decades in hospice care, Mulder welcomed “the opportunity to express the feelings and reflections of” fellow workers.

“To honor the critical work that they do has been very meaningful for me,” he said.

Read more about The Hospice Music Project. Purchase the album ($12 for non-NHPCO members) at netforum.nhpco.org.

Find more information about Mulder and his music at johnmulder.org. Listen to the album via Spotify.

VIDEO: “Joy in a Teardrop,” John Mulder and Tricia Walker