This Local Spins roundup of albums recorded in Michigan has a cross-state, inter-state and international flavor – and covers a lot of territory musically, too. Read the reviews, listen to the music. 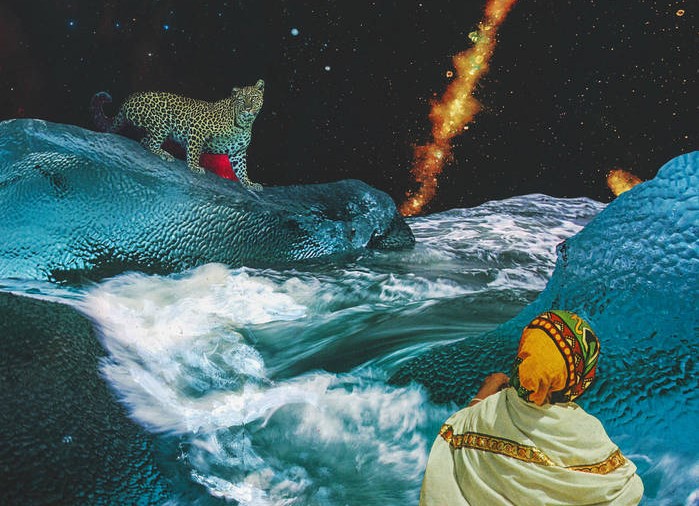 Colorful, Diverse: Peace to Mateo’s latest is part of an eclectic mix of new Michigan releases. 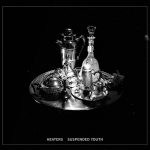 It didn’t take Heaters long to reach a national audience with its psychedelic-infused garage rock, and its latest effort, “Suspended Youth,” should prime the Grand Rapids-based band to take its vision even further. With reverb-drenched riffs and vocals backed by thunderous drumming, “Suspended Youth” offers everything fans may have come to expect from Heaters. But beyond that well-honed sound, this album is more melodically and rhythmically rich than previous releases, and delightfully so. Just hear the groove on “Lunar Creep.” Actually, there are several tracks with beats and guitar riffs flowing together seamlessly in support of dreamy pop vocals. There are nice harmonies, too, on songs such as “Highwind,” which also features one of the project’s more distinguished guitar tones. All of it is a more mature and practiced take on exactly what made the band enticing to begin with. Listening to a song as lush and grandiose as the album opener, “Ad Astra,” one might never guess the album was recorded in a basement, let alone under tenuous circumstances (band member Nolan Krebs resides in Montreal, Canada, so the project was assembled long-distance). Perhaps strange conditions addled the angst and expressiveness of “Suspended Youth,” or maybe the album would rock regardless. Either way, these nine tracks deserve to be heard loud. – Devin Anderson
Website: https://www.facebook.com/heatersss/
Listen: “Ad Astra” 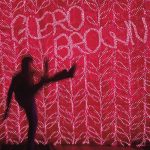 
With his self-titled release, Guero Brown, aka, songwriter Jason Norman, creates a familiar and straightforward rock record. “Right at Home” stands out on the album for its driving choruses and instrumental dynamics, as well as a soaring electric guitar solo. “Dim Lighthouse” follows with its drawn-out slow jam vibes, settling into a smooth and grooving pace. Another notable track is “Sunny Days,” which seems to capture the best qualities of Norman’s melody writing and vocal delivery. The song shuffles along confidently and comfortably, with walking bass lines, group harmonies, and sliding guitar riffs. A West Michigan native now based in Seattle, Norman recorded this album in Grand Rapids with a who’s who cast of musicians including Dan Fisher, Adam Cavanaugh, Pat Wieland, John Harrell, Joe Wiltse, Shane Tripp and others. The project was recorded by Matt Ten Clay at Amber Lit Audio and Peter Fox at Stone House Recording in Grand Rapids, as well as by Jason Schimmel at the Bunker in Los Angeles. A cohesive album that follows a musical and thematic roadmap, one oversight is perhaps that it doesn’t veer off the map a little more. – Ricky Olmos
Website: https://guerobrown.bandcamp.com/releases
Listen: “Right at Home” 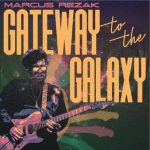 Marcus Rezak
“Gateway to the Galaxy

Right out of the starting gate, Marcus Rezak’s “Gateway to the Galaxy” proves its extensive and soaring compositional qualities with “Misty Magic,” a journey of pleasing instrumental interplay that includes
rambling drums, burning organ, and runaway guitar solos. “Clonemeister” further exemplifies the strong musicianship at hand, with an intricate time signature and detailed breaks. The keys stand out on the track, as organ and electric piano converse melodically. Although he’s now based in Los Angeles, Rezak – a one-time jazz student in Chicago – has strong ties to West Michigan, recording this album at Third Coast Recording in Grand Haven. Other notable tracks on the project include “We are Specks,” an existential number that twists and turns as if slowly gliding through space on the wings of electric guitar and ambience. “Fortitude” concludes in similar fashion to the album’s start: With rollicking prog rock instrumentals. The six-minute track takes its time displaying multiple layers of transportive instrumentals, including a scorching synth solo, freeform saxophone expressions, and of course, a conclusion of rip-roaring guitars. (Rezak also fronts Shred is Dead that pays homage to The Grateful Dead and Jerry Garcia.) – Ricky Olmos
Website: https://marcusrezak.com/
Upcoming Shows: Shred is Dead (featuring Rezak) plays Friday (Dec. 14) at Park West in Chicago
Listen: “Misty Magic” 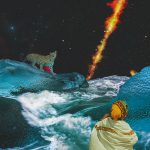 Peace to Mateo
“Some Strange Reason”

There’s an obvious explanation as to why Peace to Mateo’s latest release, “Some Strange Reason,” shot straight to No. 1 on the Local Spins Hot Top 5 chart this fall and continued to hover among the most-played regional tracks at WYCE-FM (88.1): It’s absolutely hypnotic, with tracks that weave together a trippy electronic soundtrack – sliding between instrumental dream-pop, glitch hop and dub. Matt Black, aka Peace To Mateo, started in Kalamazoo and is now a Detroit-based producer and Young Heavy Souls record label head who assembled this eight-track gem over a two-year period – a project that launches with the appropriately dreamy and intoxicating “Dream of Peace” and wraps up with the more upbeat and soulful “Permanent Vacation.” And everything in between is just as spellbinding. – John Sinkevics
Website: https://peacetomateo.bandcamp.com/album/some-strange-reason
Listen: “Dream of Peace” 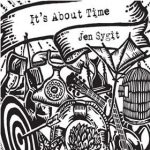 Jen Sygit’s pal Dominic John Davis – who produced this album – insisted that it be titled, “It’s About Time.” And yes, Sygit’s first solo project since 2009’s “So Long Pollyana” is long overdue, finally giving her Michigan fans a chance to not only soak up her powerful vocals and musicianship upfront, but experience the potent songwriting that serves her rootsy indie-folk, blues and Americana music so well. While she’s long supported other artists as a backing vocalist and player, it’s refreshing to hear Sygit take charge on such diverse material: the haunting and bluesy, banjo-powered opening title track, the languid, horn-hued ballad “When I’m a Star,” the Southern rock-fueled “Hurricane Rider,” the peppy, soul-drenched finale, “Losing You,” which really allows Sygit to let loose vocally. Not only is “It’s About a Time” a welcome return to the spotlight, but Sygit and Davis may also have crafted the Lansing singer’s best recording yet. – John Sinkevics
Website: http://www.jensygit.com/
Upcoming Shows: Thursday (Dec. 12) at Moriarty’s Pub in Lansing (open-mic), Saturday (Dec. 15) at St. Ambrose Cellars in Beualah
Listen: “It’s About Time”