Grand Rapids’ J. Oscar Bittinger is ‘rebooting’ the once-popular holiday concert at Listening Room on Sunday. Get the back story, see the lineup at Local Spins. 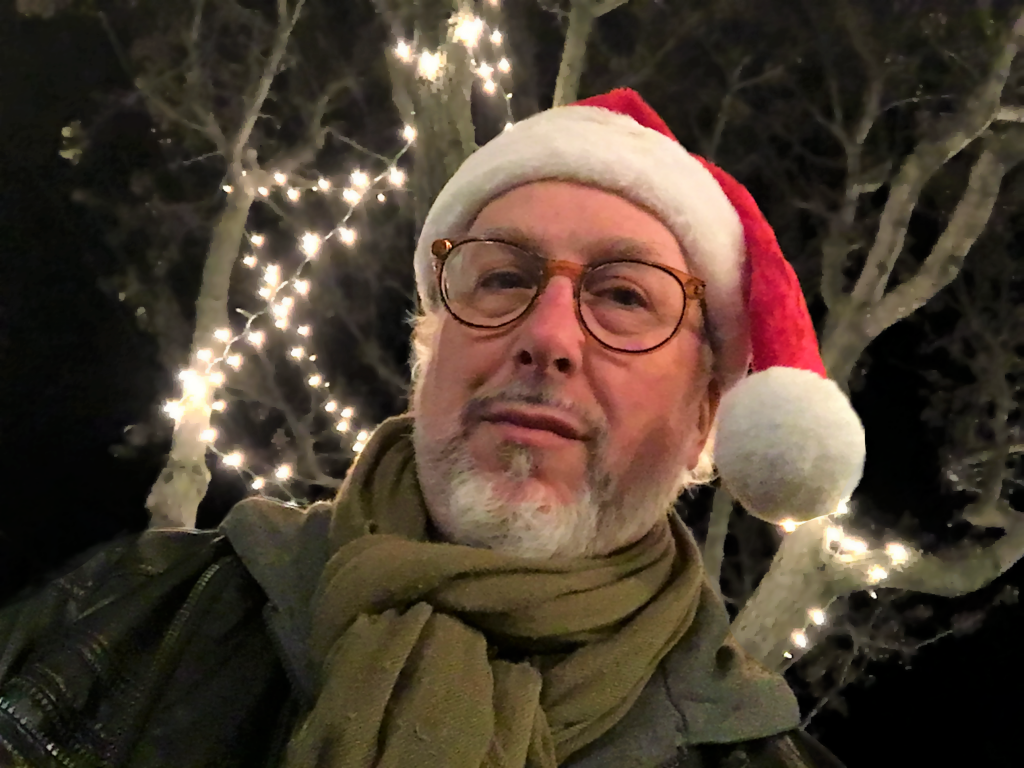 SCROLL DOWN TO LISTEN TO SEASONAL SONGS BY SOME FEATURED ARTISTS

For 15 years, “A Winter’s Tune” was a holiday tradition in the Grand Rapids area, showcasing local singer-songwriters who would unfurl their interpretations of holiday classics as well as original seasonal songs written for the occasion.

Now, A Winter’s Tune is back. 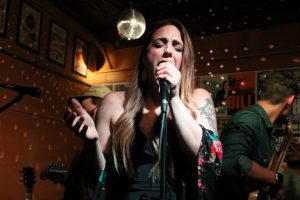 Why bring it back for the first time since 2011?

“Because the Listening Room came into being,” Bittinger said of the intimate 200-seat venue in downtown Grand Rapids that opened this fall, “and there is an audience who emails every year saying how much they miss the show and asking for a return.”

Sunday’s 2 p.m. concert will feature two groups of artists each doing a set of seasonal tunes, along a couple of “special guests.” The show will close with a song written by Bowles for a past Winter’s Tune and the performance of some “more well-known songs we can all sing along with,” Bittinger said.

“Music makes any holiday brighter,” said the singer and guitarist who’s performed in the past with the bands Pillar of Fire, The Folk Bros, Oxter/Mahone and Dublin Station, and who’s currently working with Mark Hugger and Chris Ranney in OctoberDay.

“Being able to celebrate by adding new – and drawing traditional songs out of – the musical storehouse is creative, fun to do and fun to hear.” 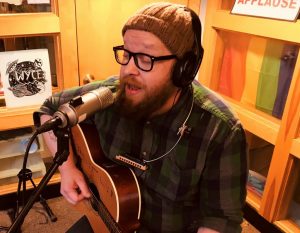 Bittinger noted that when he started it all, he was trying “develop an audience in West Michigan for the artists working in what we now call the singer-songwriter style” and hoping to challenge songwriters to come up with new holiday fare. (Scroll down for seasonal tracks by Bittinger and Bowles, part of a compilation originally released in 2001.)

It’s also been a way to create a community of Michigan singer-songwriters.

“You don’t know you’re not alone until you can see others doing something similar,” he suggested. “A Winter’s Tune serves as introduction and connector to like-minded performers.”

Bittinger said the Listening Room is ideal for these shows because it has “everything we wanted for a concert-type production: great sound, a dedicated staff, a beautiful space with the word ‘listening’ in the title” – thus providing a venue where listeners can “pay attention to the words” in the holiday songs.

Tickets, $12, for Sunday’s show are available at listeningroomgr.

Get more information about the history of “A Winter’s Tune” online here.

LISTEN: ‘A Winter’s Tune: Bowles and Bittinger’
(Tracks from a 2001 compilation CD, ‘Winter in West Michigan’)