The November chart reflecting airplay of regional albums mostly just reshuffled entries from October, with one new album debut. Get details, listen to tracks from each release. 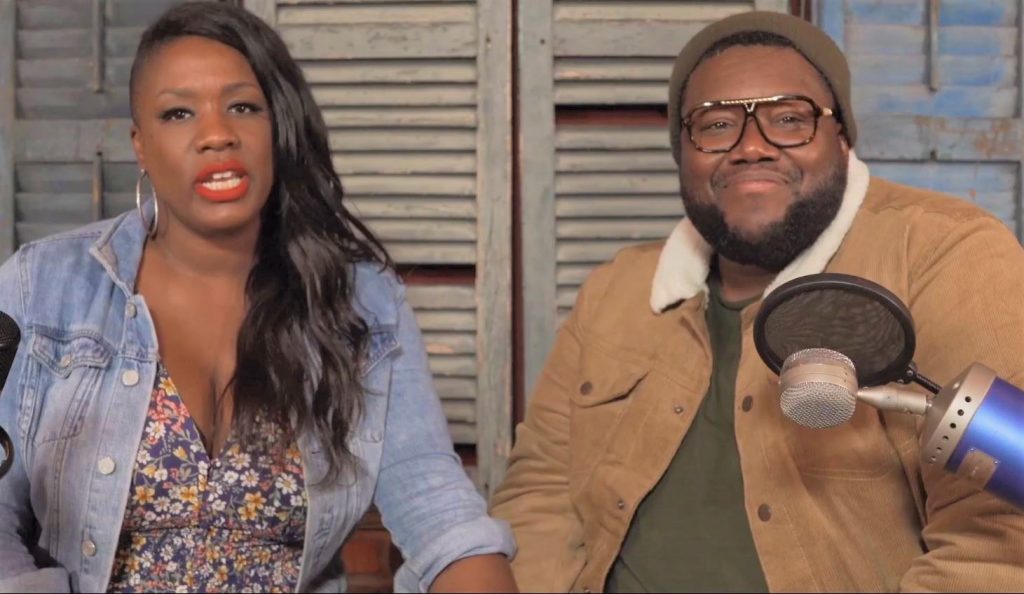 ‘Peace Through Music’: Tanya and Michael Trotter of The War and Treaty appearing during this week’s global live-stream event.

SCROLL DOWN TO LISTEN TO THE CHARTED ARTISTS ON SPOTIFY

Despite coronavirus shutdowns and quarantines, some Michigan musicians and songwriters have experienced an event-filled year.

Take the regional acts that have dominated the Local Spins Hot Top 5 chart of most-played albums by Michigan-bred artists the past two months at Grand Rapids’ WYCE (88.1 FM).

The War and Treaty not only has held the No. 1 position with its latest studio recording, “Hearts Town,” for two months in row, but Albion’s Michael and Tanya Trotter have charted nationally with poignant tracks from that album, including “Five More Minutes.”

The rootsy and soulful Americana act also made a national network TV appearance earlier this year on “The Late Show with Stephen Colbert,” were featured recently by Paste Magazine and just this week joined international stars Run the Jewels, Brandi Carlile, Angelique Kidjo, Gary Clark Jr., Keb’ Mo’, Peter Gabriel and others in the live-streamed concert event “Peace Through Music: A Global Event for Social Justice,” hosted by Playing for Change and the United Nations Population Fund. 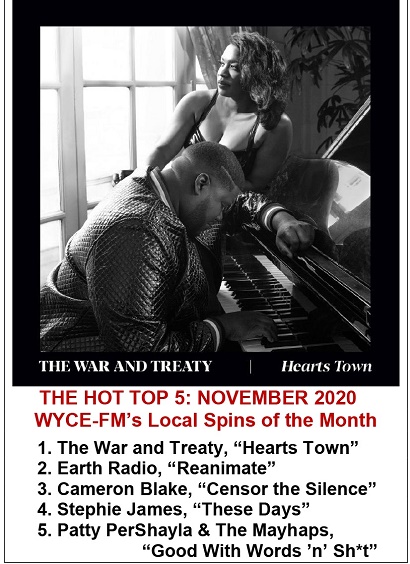 Four of the five albums also made the October Top 5.

And while members of The War and Treaty boast the highest-profile milestones in 2020, they aren’t alone.

Progressive Grand Rapids neo-soul outfit Earth Radio started the year by winning the critics’ choice award for album of the year and best jazz album — for its 2019 release, “Mother’s Breath — at the WYCE Jammie Awards.

Now, for the second month in a row, the band’s follow-up album, “Reanimate,” has locked into the Local Spins Hot Top 5, this time jumping to No. 2 for November. The album also spawned an inventive video by Hannah Laine and Chris Bota for the song, “Evolve,” incorporating a “virtual choir” of fans who submitted video snippets of their voices for the track.

Keyboardist Dutcher Snedeker said the band’s chart success “definitely means that we are continually humbled by the community who requests our music and enjoys what we do as try and navigate these difficult times as artists.”

Snedeker noted it “also keeps us connected to folks even if we’re unable to perform live as a band right now.”

Grand Rapids singer-songwriter Cameron Blake, meanwhile, retains the No. 3 slot for the second month for his latest release, “Censor the Silence,” acknowledging that he’s “humbled by the support.”

That’s followed by the only new entry on the chart for November, “These Days,” an EP from Detroit-bred, Americana singer-songwriter Stephie James. Patty PerShayla & The Mayhaps’ debut rock EP came in at No. 5 for November after entering the chart at No. 2 in October.