The signature, heartfelt sophomore album from the Albion duo now based in Nashville soared to the top of the October chart which also saw the debut of new releases by Patty PerShayla and The Soods. 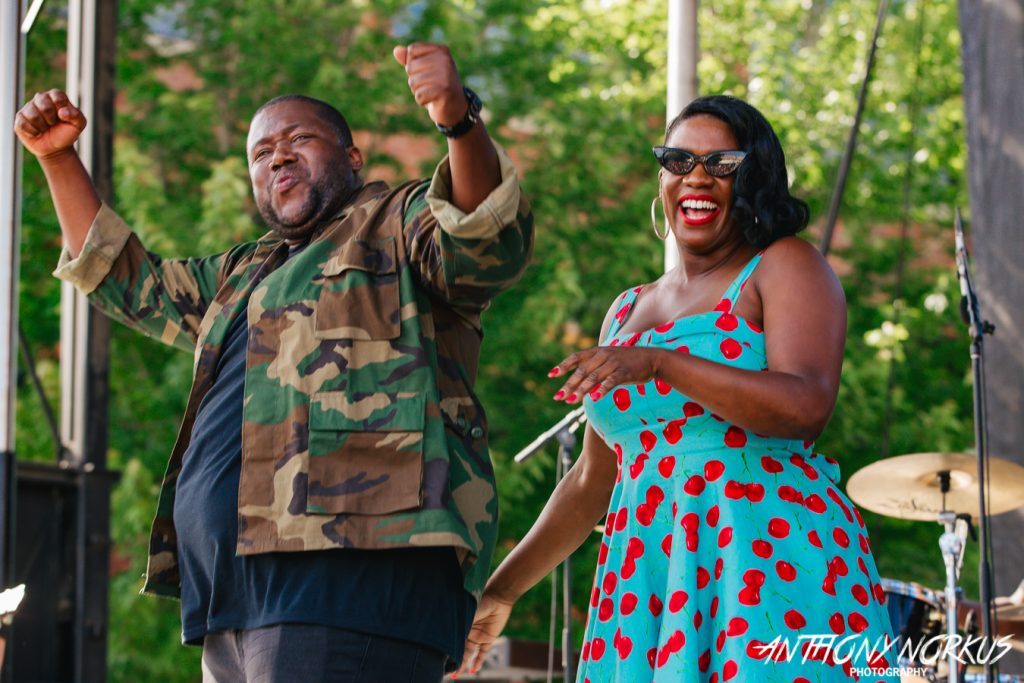 SCROLL DOWN TO LISTEN TO CHARTED ARTISTS ON SPOTIFY

The soulfully poignant “Five More Minutes” by Albion’s The War and Treaty tells a confessional story from a duo that’s always worn its heart on its sleeve.

The single from the group’s latest Rounder Records album, “Hearts Town,” has dark origins but a hopeful, caring theme: Contemplating suicide years ago, Michael Trotter said his wife, Tanya, convinced him to give her five more minutes to love him.

That sort of honesty and passion propels the Nashville-based duo’s sophomore album, “Hearts Town,” and sent “Five More Minutes” soaring to No. 22 nationally on Billboard’s Triple A chart. It also pushed the group’s album straight to No. 1 on the Local Spins Hot Top 5 chart of local and regional releases earning the most radio airplay at WYCE (88.1 FM) in October. 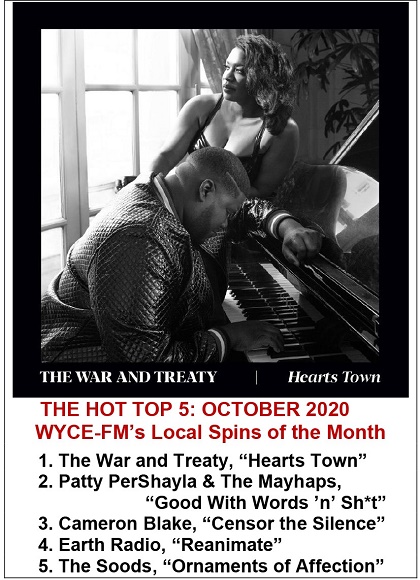 But it also begs the question: When does a “local” band or musician become a national artist obliged to be categorized differently due to label and management support?

There are plenty of examples from West Michigan alone, with the likes of The War and Treaty, Billy Strings, Greensky Bluegrass, The Accidentals and others all now enjoying a national/international audience, and some not even officially residing in Michigan these days.

Shane German, WYCE music and production manager, noted that if The War and Treaty weren’t considered local, then Patty PerShayla & The Mayhaps’ debut album would be slotted at No. 1 on the Hot Top 5. It would be followed by Cameron Blake’s “Censor the Silence” and Earth Radio’s “Reanimate” (both appearing on the chart two months in a row), with The Soods’ “Ornament of Affection,” right behind.

Grand Rapids’ Conrad Shock + The Noise would move up to the No. 5 slot with its latest EP, “3P/Lackluster.”

Fair enough and so noted. Then again, for those artists who finally attract some national acclaim, it’s a fitting reward to have their home state listeners and fans push their music up the Hot Top 5 ladder. And there’s no doubt that The War and Treaty are grateful.

Listen to tracks from all of these albums below and scroll down to check out the roster of new regional releases added to the WYCE-FM library.