The Grand Rapids singer-songwriter opens up about his electric new project for Local Spins on WYCE, which also debuted tracks by Callab, Brant Satala, Anonymous Phone Call and other West Michigan artists. 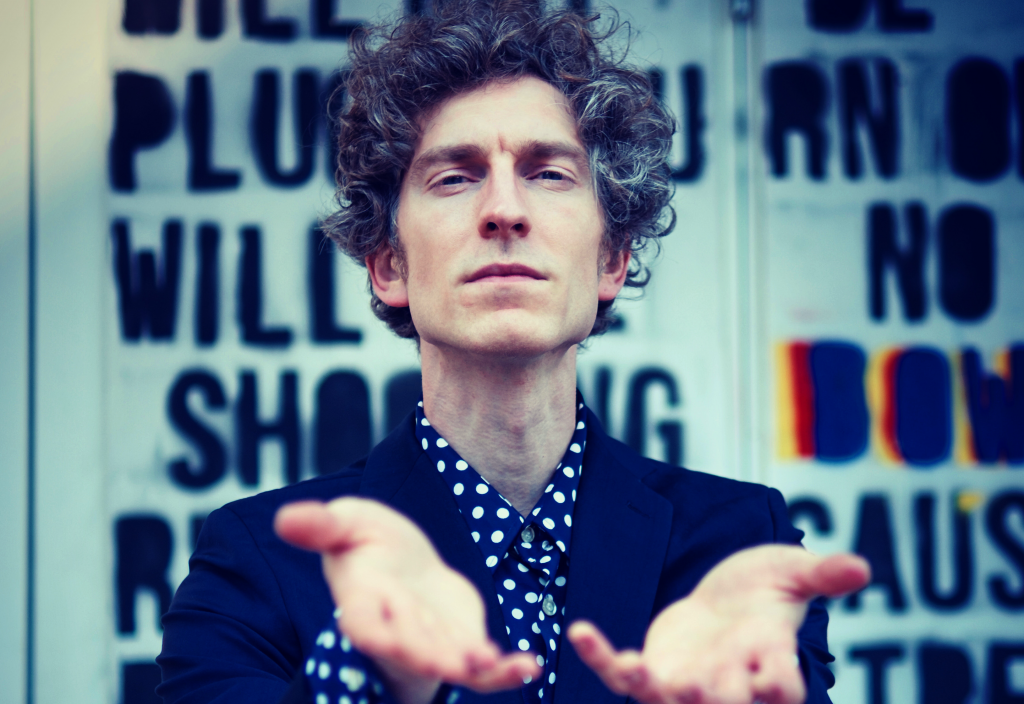 Written in Silence: Cameron Blake crafted his new songs while at a Trappist monastery in Kentucky. (Press Photo/Eric Bouwens)

Cameron Blake will readily admit there’s a dark and “really despairing” side to his upcoming new studio album.

But there’s also healing and inspiration on this third entry in a trilogy of albums released by the Grand Rapids singer-songwriter since 2015, from a tribute of sorts to young environmentalist Greta Thunberg (“How Dare You”) to reflections sparked by the sometimes-jarring artwork of Francisco Goya (“Only Goya”).

“Many of the themes are dark, but there’s a life force in the music because of its deep grooves, angular guitar riffs and the piercing harmonies of (guest artists) Debra Perry & Majestic Praise, Patty PerShayla and Jen Fortosis,” Blake says of “Censor the Silence,” which officially gets released Oct. 30.

Written in the wake of “personal loss” during a stay at the Abbey of Gethsemani – a silent Trappist Monastery in Kentucky where theologian and activist Thomas Merton resided for many years – “Censor the Silence” stands out for its diverse and lush folk/indie-rock tracks spawned by the “new perspective” Blake acquired during his monastic retreat. 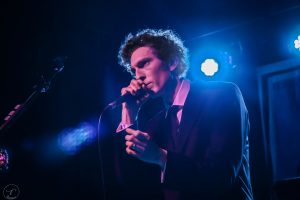 “I’ve always found that I write in a lonely place. That’s always been the case, usually after some major life event,” says Blake, noting his trip to Kentucky came after he and his wife suffered a pair of miscarriages.

“In some ways, the entire scope of this album goes along with ‘This is what I have to say to sort of release the poison out,’ essentially. I know it sounds really despairing, but it was actually very healthy.”

While the music was written in solitary isolation, Blake called on a notable cast of West Michigan musicians to record what he calls his “band album” – a collection that rocks out at times in muscular fashion.

Recorded at Kalamazoo’s La Luna Recording & Sound and Holland’s Hope College, Blake was joined by guitarist Andrew Saliba, keyboardist Martin Spence, bassist Ian Thompson and drummer Andrew Szumowski, along with the aforementioned vocalists. “They all had input,” he says, in the creative process for what many will regard as Blake’s signature album.

Blake joined this week’s edition of Local Spins on WYCE to talk about the project and debut two tracks – “Only Goya” and “Honey Step Out of the Rain” – from the album. Scroll down to listen to the full radio show and check out a live band performance of the new song, “Henny Penny” here.

Release of “Censor the Silence” – which took a year-and-a-half to complete – was delayed by the coronavirus pandemic, with Blake’s planned full-band performance of the album at Frederik Meijer Gardens & Sculpture Park postponed until 2021. 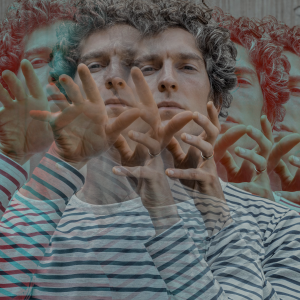 “The hardest thing was that I love the physicality of performing – engaging with the band and the audience, using the space in creative ways,” Blake concedes.

Still, Blake hopes to play some small, private events yet this fall and roll out a full-band performance at Meijer Gardens next summer.

He acknowledged that he’s always favored playing less frequently but putting more into the limited shows that he books – making them “really special, bringing in additional musicians” so he can “pour my heart into those specific moments.”

“It keeps things fresh for me,” he says, “and has given me the space to really hone our sound and live experience.”

In addition to spotlighting Blake’s new music, this week’s edition of Local Spins on WYCE – which showcases Michigan artists at 11 a.m. Fridays on WYCE (88.1 FM) and online at wyce.org – featured the on-air debut of new tracks by Callab, Brant Satala, Young Ritual, May Erlewine, Anonymous Phone Call, The Brothers Crunch and Justin “Stovepipe” Stover, as well as music from Crooked Spires and The War and Treaty (this week’s musician’s pick by Blake, who helped arrange the strings for the band’s song, “Hey Pretty Moon”). Listen to the radio show here.

Note: Callab’s album-release show at Studio Park has been postponed until Oct. 30. The radio show was pre-recorded before the postponement was announced.