The Americana-propelled, Albion-bred band releases a new Rounder Records album this week after a turbulent, pandemic-filled year that postponed a tour with John Legend. Get a taste of the new record. 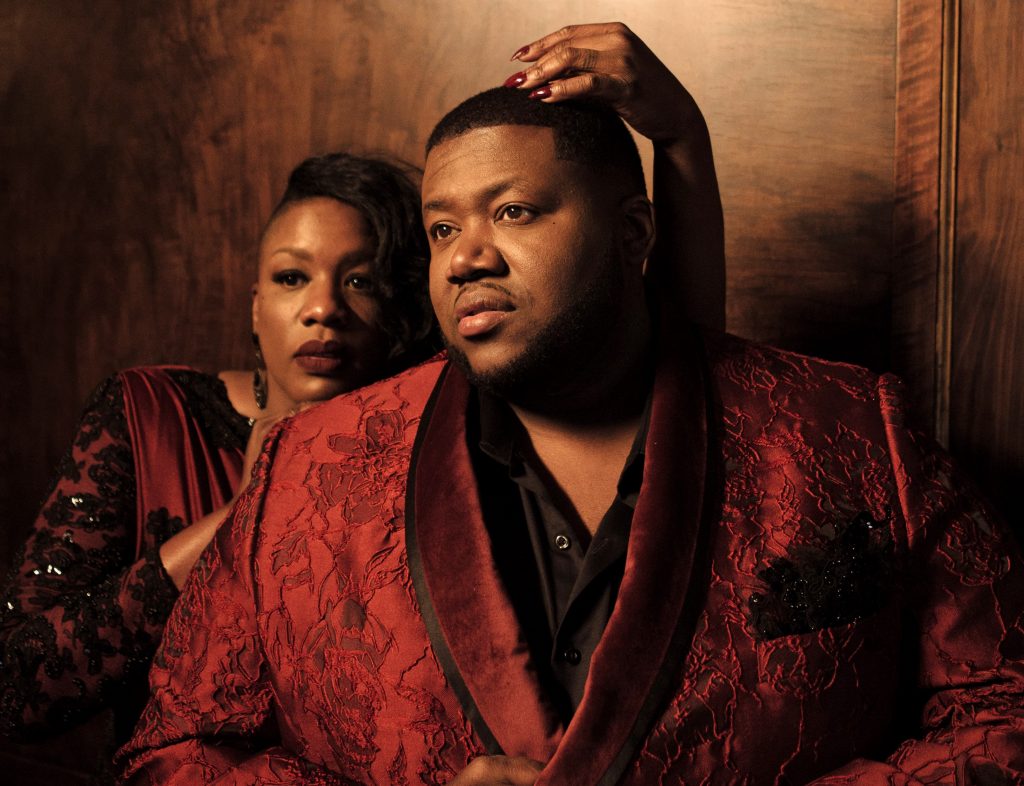 Not Giving Up on the Cynics: The War and Treaty will release the band’s dynamic new album this week. (Courtesy Photo/David McClister)

SCROLL DOWN FOR VIDEO OF ‘FIVE MORE MINUTES,’ AUDIO OF TITLE TRACK

There’s far more to The War and Treaty – to Michael and Tanya Trotter – than meets the eye or the ear.

“We have been perceived as this band who stands on a soapbox and preaches love to the people as if we have conquered all things hate,” a forthright Michael Trotter told Local Spins. “This idea of us is so beyond the truth.

“We are the band who doesn’t give up on the cynic. So ‘Hearts Town’ is our appeal to the part of us all that is skeptical of change. The whole ideal of it all was to rebuild ourselves by creating a town made out of good hearts – hearts that aren’t tainted by negative ‘isms’ such as separatism, racism and skepticism just to name a few.” 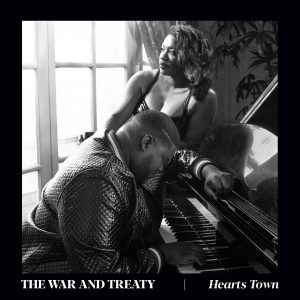 Releasing on Friday: “Hearts Town” is on the Rounder Records label.

The new album – being released Friday (Sept. 25) on Rounder Records – reflects “a town made to house the hopeful, pure in heart, and the like-minded souls we believe that no matter what and above all things we are one,” Trotter said.

“We hope the listeners will hear themselves in each song and decide that they wanna move into our town.”

After one of the most tumultuous years in decades, the songs on “Hearts Town” come as a curative salve for America, envisioning a place where there’s acceptance and diversity. Those songs emanate from the passionate voices of Albion’s hometown heroes who’ve quickly ascended the ranks amid the soulful side of the Americana scene to earn widespread national acclaim.

Indeed, the album – written well before the pandemic but with themes that resonate amid the current crisis – comes after a bit of turbulence for The War and Treaty, too: Tanya Trotter was diagnosed with COVID-19 this spring and recovered.

Then the band had its touring plans upended. After experiencing the thrill of being tapped to open for superstar John Legend on his 2020 “Bigger Love” tour, everything got shut down.

RESUMING TOURING IN 2021 AND MISSING THEIR MICHIGAN HOME

“Our album originally was scheduled to be released August 14th, the same day we were supposed to hit the road with John Legend, but the pandemic and Lady Corona had other plans,” Trotter said. “So next year, the plan is to go on tour with John Legend and do all that we had planned to do this year.”

The full band did, however, make a national network appearance early this month on the “The Late Show with Stephen Colbert,” performing a song from the upcoming new album, “Five More Minutes.” (Scroll down to watch the video)

Its hopeful-yet-candid air resounds with the dynamic, harmony-fueled, soul-, pop-, rock- and blues-infused Americana music that’s turned heads since the couple first burst onto the scene in 2017.

Despite the delays and unexpected interruptions, Trotter said The War and Treaty will “do what we can to promote this work and to vote” in the upcoming election, with a couple of October performances as well as “a TV taping for a national broadcast that we can’t release yet.” 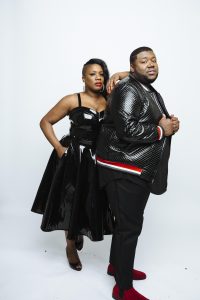 Michigan is in Their Bloodstream: Michael and Tanya Trotter. (Courtesy Photo/David McClister)

The War and Treaty will also take part in a digital fundraiser for the Country Music Hall of Fame being aired Oct. 28 on YouTube.

“I think I’m most excited about Country Music Hall of Fame ‘Big Night.’ It’s where they pull out all of the instruments in the museum and let the instruments tell their own story,” Trotter said.

“Tanya and I were asked to be a part and we’ve got something special for our fans that night.”

The Trotters, who’ve been headquartered in Nashville while managing their music careers, are also anxious to get back to their home in Michigan later this year.

“We will return to Albion in December for a while. We miss home,” Trotter said.

Trotter insisted that “you never leave Michigan because it’s in your bloodstream. I love this state and the people in it. Thank you, Michigan for accepting Tanya, Legend and I. Now let’s go change and charge up the world.”

EDITOR’S NOTE: One of the songs on the new album, “Hey Pretty Moon,” actually made its live debut during a “Local Spins Live at River City Studios” session in Grand Rapids in November 2018. Revisit their full performance in that intimate session here.