PerShayla opens up about her new power trio for Local Spins on WYCE, which also debuted tracks by Barrel Bones, Trifocal, Blushing Monk, The Messenger Birds and more. 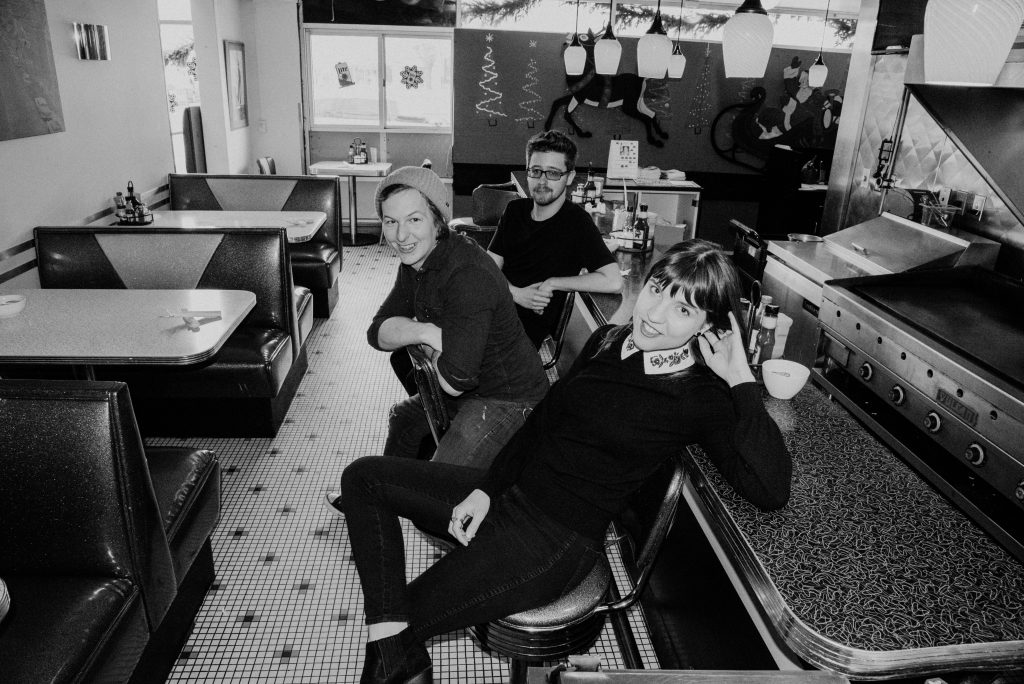 The Grand Rapids band’s “Good With Words ’n’ Sh-t” represents much of what’s made PerShayla the fiery singer and multi-instrumentalist who’s turned heads everywhere she plays. 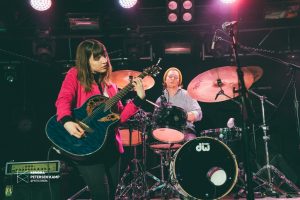 With “classic rock-inspired riffs” inspired partly by The Pretenders, Grace Potter and The Black Keys, Pershayla, guitarist Lucas Powell and drummer Alec Klinefelter have found a groove that so many bands crave.

“We try to pack a lot of punch for three people and boast our small but mighty rhythm section,” PerShayla conceded.

“Lucas composed many of these songs with me in our last project, Talk Radio, but Alec polished them a little more and gave them some more groove. … As a three-piece, I think we just really enjoy goofing off together. They keep me from taking myself too seriously.”

Lyrically, PerShayla sounds pretty serious on much of the EP, which essentially represents half of a full-length album the band originally had planned to release in 2020 until the pandemic upset the apple cart.

Released digitally on Oct. 2, PerShayla provided the back story for two of the band’s new songs – “Borders” and “Get My Good Side” – during this week’s edition of Local Spins on WYCE (88.1 FM). Scroll down for the full radio show podcast and watch a video for “Get My Good Side” here.

VIDEO: Patty PerShayla & The Mayhaps, “Get My Good Side” (Third Coast Recording)

For PerShayla, operating as a power trio gives the band the space it needs to flaunt its music.

“I really love that there’s not a bunch of people in this band,” the bassist said. “Lucas fills up so much space and I don’t know what I would do with myself if there was another guitarist in this mix.” 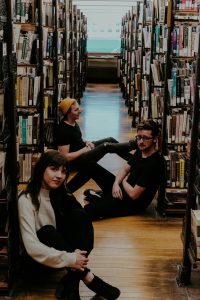 Looking Ahead to 2021: Hoping to tour the East Coast and Europe. (Photo/Elle Lively)

Recorded at the all-analog Goon Lagoon in Grand Rapids, the EP and upcoming full-length album also resonate with the warmth and the textures that PerShayla was seeking because the band plans to release the project on vinyl.

The band and the new recording also represent a different side of PerShayla, who leans toward Americana and folk as a solo artist, and also performs in the prog-rocking Rush tribute band, Catch The Fish (which is now working on original material).

And while the coronavirus has altered The Mayhaps’ performances and EP promotion plans, PerShayla has high hopes for a formal release party and touring come 2021.

“Ultimately, we decided to stop gigging until large gatherings are safe,” she said.

“This EP was supposed to be a full-length vinyl release with a performance at Elevation (in The Intersection) but we adapted it into a digital preview this year, with a follow-up record to be released when we can have a big celebration for it. At that time, we aim to tour the East Coast and, ideally, some spots in Europe.”

In addition to showcasing Pershayla & The Mayhaps, this week’s edition of Local Spins on WYCE – which focuses on Michigan artists at 11 a.m. Fridays on WYCE (88.1 FM) and online at wyce.org – featured the on-air debut of tracks by Barrel Bones, The Messenger Birds, Dave Hardin and Trifocal, plus music by Blushing Monk, Les Creatif, Trixy Tang and Cameron Blake (this week’s musician’s pick by PerShayla). Check out the radio show podcast here.