The band wants singers to take video and record themselves as they croon along to a track, then submit their parts as a “virtual choir” for use in the Earth Radio song and a new video. 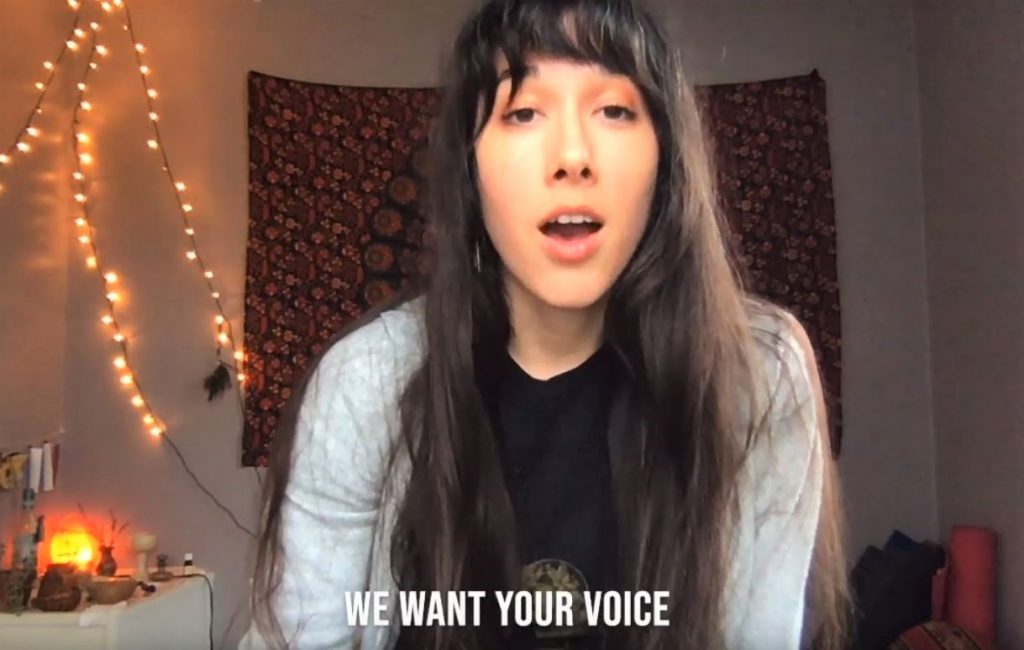 Sing Along With Earth Radio: Hannah Laine and the GR band wants you to be part of their ‘virtual choir.’

SCROLL DOWN FOR VIDEO AND SONG

From its inception, Grand Rapids’ Earth Radio has been all about pushing the envelope musically and challenging the norm.

Its latest project is no exception: The neosoul, experimental rock band is asking singers and fans from across the world to add their voices to one of Earth Radio’s songs by recording their parts as they sing along with a YouTube track. Participants will document it all on video and send their parts to the band.

Earth Radio – Local Spins’ Emerging Artist of the Year in 2019 – will then assemble the recordings of this “virtual choir” and include them in the new tune, “Evolve,” that will appear on the band’s next album along with a video of the song.

“The dream is to get people all over the world to sing this song, so I am trying to spread it far and wide,” said singer and keyboard player Hannah Laine, noting that the project comes at a time when many are quarantined at home due to the COVID-19 pandemic.

“I think it will be a really cool way for people to come together in this time of isolation.”

Scroll down to get the details — and sing along — in the video below. 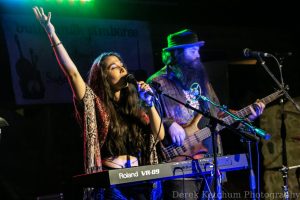 Laine said Earth Radio borrowed the concept from Los Angeles composer Eric Whitacre, whose “Virtual Choir” has brought together “singers from around the world and their love of music in a new way through the use of technology” over the past decade. According to his website: “Singers record and upload their videos from locations all over the world. Each one of the videos is then synchronized and combined into one single performance to create the ‘Virtual Choir.’ ”

For the Earth Radio’s “Evolve” project, participants are asked to listen to the music using headphones via the YouTube video below and sing along to it while taking video and recording their own vocal parts.

“We’ll put together a video at the end with everybody’s faces’ singing the song,” which Laine says is an uplifting composition about the evolution of humankind and “making a better home for humanity.”

“Please join us and send us your voice,” Laine says in the video describing the project. “We want as many people involved in this as possible and I think that this is a really beautiful time to do that.”

Earth Radio’s third album, “Reanimate,” was created at Third Coast Recording Co. in Grand Haven. It was slated to be released in July but the COVID-19 shutdown may force a delay in the project, Laine said.

Read more about the award-winning Earth Radio at Local Spins.