The frontman for Kalamazoo’s The Go Rounds rolls out a compelling — and fun — soundtrack for our times featuring D’Angelo, Sly & The Family Stone, Fiona Apple, Last Gasp Collective and more. 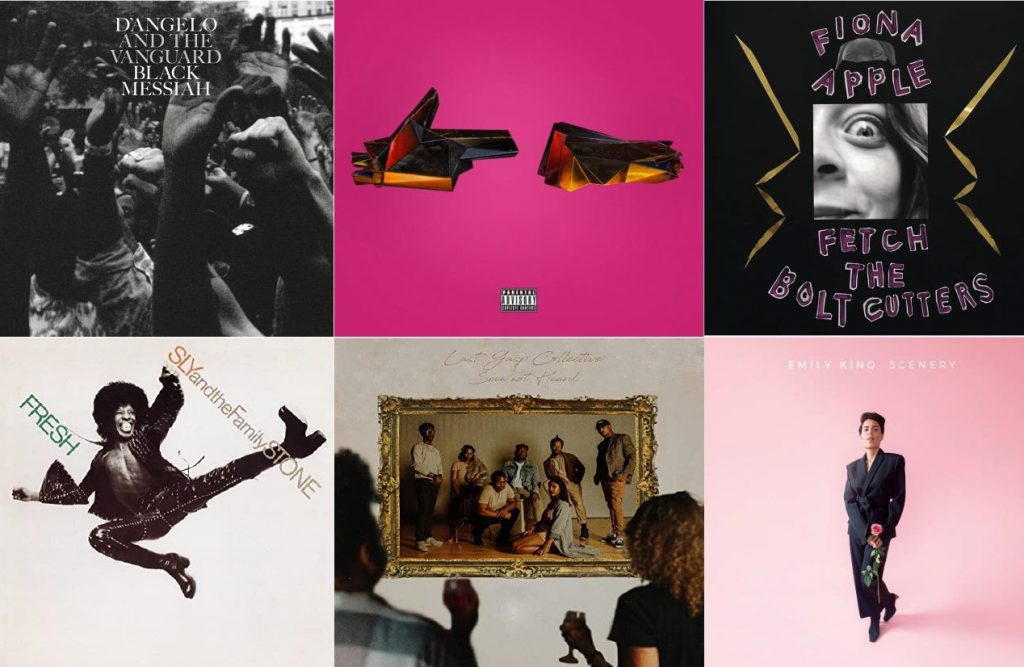 Kalamazoo’s The Go Rounds have been a cutting-edge mainstay on Michigan’s music scene for more than a decade, led by the Upper Peninsula-bred, charismatic singer and guitarist Graham Parsons.

In February, the group’s most recent album, “Whatever You May Be,” won the WYCE-FM Jammie Award for best alternative album, just the latest accolades for an indie-rock band that consistently explores the sonic boundaries of pop music. 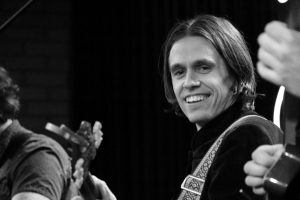 For Local Spins’ Tuesday Playlist, Parsons created a bracing soundtrack not only influenced by the tumultuous events of recent weeks and months, but by artists whose music has affected him deeply. In his own words:

“I’ve been listening to more music than ever over the course of the quarantine, especially during the past two weeks. I suppose the main theme of the playlist is power and truth in the face of injustice. But there are also some songs and sounds for song’s and sound’s sake tossed in there too.

“So many of my heroes throughout my life have been people of color. I wouldn’t have a life in music, this beautiful thing I love beyond comprehension, without all the black musicians who came before me. Much of my love for humanity, food, art, family has been learned from cultures outside of my own and that of my ancestors. I was raised on Motown and potatoes. Aretha and tostadas.

“It’s been so humbling and inspiring during this momentous time to dive into more and more contemporary voices, to continue adding to that list of people I look up to and respect immensely. Listening deeply in order to respond appropriately and support the people I love as best I can feels paramount in these times.”

1. “The Charade,” D’Angelo – What can I say about D’Angelo? Such an inspiring vocalist and arranger. I love his signature dizzying vocal layers even when entirely unintelligible like in the intro of this track. I can’t deny the pulse of this one and the lyrics in the chorus spell out the message clearly: All we wanted was a chance to talk/’Stead we only got outlined in chalk/Feet have bled a million miles we’ve walked/Revealing at the end of the day, the charade

2. “Virile,” Moses Sumney – The word ‘fearless’ comes to mind when I listen to this whole album. I love how Moses Sumney spans the spectrum within his arrangements and within his own persona. Delicate harps paired with thunderous arena rock drum sounds, vacillating between an earthy baritone and a cosmic falsetto. I appreciate anyone who challenges the preconceptions of masculinity. Personally, I’ve never aligned with the Western or American concept of masculinity. I want to sing high, wear androgynous clothing, deeply embrace the feminine within me. Let us not fear who we are for the sake of the approval of others.

3. “The Ground Below,” Run The Jewels – Try not bopping your head to this shit. This beat is crushing and the seriousness and urgency on this RTJ album is impossible to ignore. Grateful for the persistent perspective and voices of this duo.

4. “Shameika,” Fiona Apple – I’ve been obsessed with Fiona Apple since i was a teenager. Such a fluid pianist and composer. I love all the percussion and groove pivots on this record. Truly funky, raw and powerful. Some great messages about overcoming depression, challenging the patriarchy, and living with a serious respect for the self.

5. “Shoot Me Down” (Live), Last Gasp Collective – Have to send love to my fellow Kalamazoo creators, Last Gasp. I’ve looked up to this group since its inception and have felt honored to share the stage and the scene with them for the past five years. From the musicianship to the message to their collaborations with dance companies to the way their content is curated and presented — it’s all so inspiring. I also really appreciate how most members of the collective have solo and side projects that are supported by the whole.

6. “Neon Skyline,” Andy Shauf – A little levity here mid-playlist. I’m drawn to the casual and conversational lyrical style of this story line. I’ve been digging Andy Shauf ever since Miglo hipped me to his last album, ‘The Party.’ Inventive, playful, Canadian. The sprawl of this melody makes me happy.

7. “Teach You,” Emily King – A sugary sweet love song that feels like an instant classic melody. The descending pattern of the chorus is so much fun to sing. Try it!

8. “Vanishing Twin,” Blake Mills – This whole album is entrancing. So much respect for Blake as a guitarist because of the range of sounds he’s able to produce. The main pulse of this song sounds like a synth patch but it’s actually guitar swells. Very cool elusive and through-written percussion and an emotional guitar solo that cries an echo to the melody near the end. And of course, I have a huge soft spot in my being for the music of Elliot Smith; Mills taps into that harmonic universe in such a satisfying way.

9. “Mystery,” Alice Smith – I first heard this song deep within a Tiny Desk wormhole. The soul and pain in Alice’s voice and delivery makes me cry every time I listen. Something intangible in there that makes me believe and feel every note.

10. “Que Sera Sera (Whatever Will Be, Will Be),” Sly and the Family Stone – File this under “All-Time Favorites.” If I end up in an establishment with a jukebox I will play this song. Such a strange choice for Sly to cover Doris Day, but he somehow pulls it off. This recording is just so perfect. The bass take is just ridiculous and Sly’s vocal delivery makes me want to scream in public.