The Kalamazoo rock band plays its final show of 2019 at The Pyramid Scheme on Saturday as it eyes a new studio album and continues to take fans on a psychedelic, pop-rock journey. The Local Spins interview. 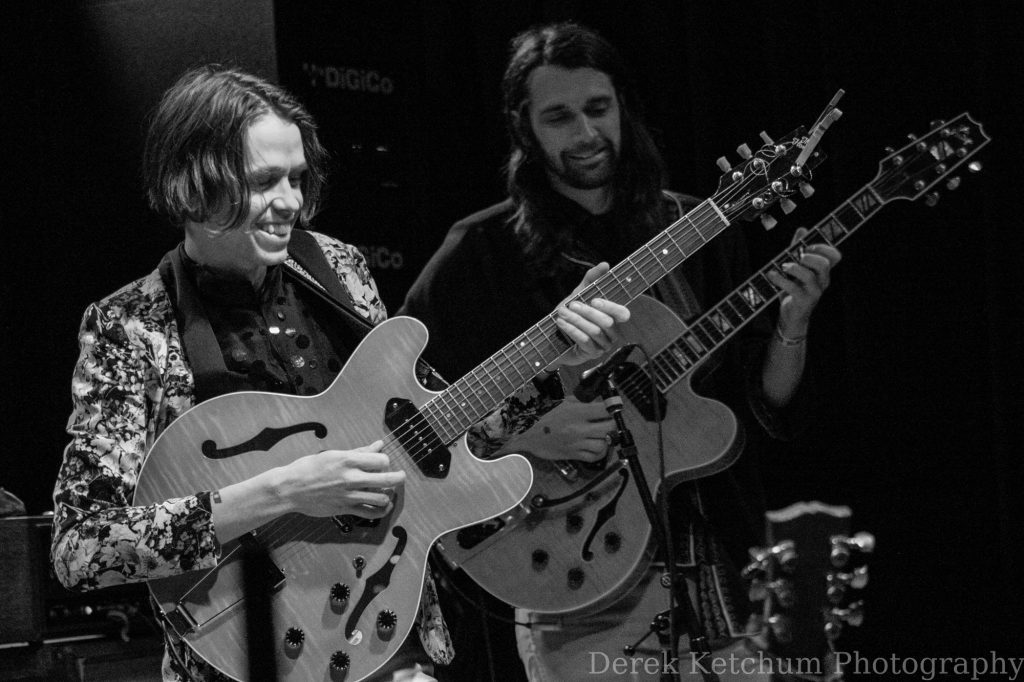 Graham Parsons and Mike Savina sit side by side, burrowed into a cream-colored couch.

A record plays in the background, and in front of them on a dark brown coffee table sits a bowl of mandarin oranges. They take turns plucking and peeling the citrus from the bowl to snack on as they recount vivid scenes from a recent trip to Mexico they made with their band The Go Rounds. 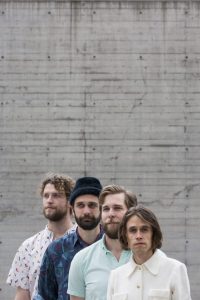 “We have this extended family there, people who, however improbably so, I feel like myself around. I feel like they see me as how I want to be seen, and I just don’t take that for granted. I think it’s pretty rare.”

The band toured Mexico for 19 days in October and November with performances that included a festival in Querétaro centered around environmental resiliency, the Mazunte International Jazz Festival in Oaxaca and a show at Rancho El Encanto, a performance venue north of Mexico City in Coyotepec.

Back in Michigan, The Go Rounds perform their final show of 2019 in Grand Rapids at 9 p.m. Saturday (Dec. 28) at The Pyramid Scheme along with After Hours from South Bend. Tickets are $15 day of show; get details here. It’s a 21-and-older show.

“It’s just feeling like we’re on the right path, and what we do matters, and that’s been a huge slice of the pie for me,” says Parsons. “Just having someone believe in what we do, and having an audience in Mexico that feels less encumbered by all these relationships within the Michigan music scene. It’s nice to go to a place where you don’t know anybody, and to present your music as something fresh.”

As a band for more than 10 years, The Go Rounds have achieved some notable milestones in The States as well, including recent tours with Caroline Rose and Liz Cooper & The Stampede. However, maintaining a band for more than a decade is both challenging and exhausting, and it comes with growing pains.

“I’ve experienced so much self-doubt,” Parsons says. “As an adult, mentally the game changes so much as you get older, with performance, with practice, with just simply existing as a musician.

“There are family pressures, pressures of the status quo, trying to prove to people that what you do is valuable and that it’s also hard work. There are levels to it that you have to fight against, but also for me, it’s just been really finding solace in at least three other individuals who are all older than I am and still choosing to do it and still finding joy and still feeling challenged in a good way.”

Savina begins telling a story about a particularly impactful moment in the band’s narrative when a fan and fellow musician approached the band after a show to share the impact their music had made in a single evening.

VIDEO: The Go Rounds, “Foxtrot” (from “Whatever You May Be”)

“That person had been a musician and stopped playing music altogether. They were totally burned out and jaded and lost their direction to the point where they were seriously depressed and considering committing suicide. And just being at our show, they were like ‘I’m gonna pick up my guitar and start playing music again.’ ”

Savina takes a second to relive and process the past interaction before continuing to share its effects on him.

“I was like holy f— dude, that’s the realest of real. That was so powerful. Even at times when I’m on the verge of being grimmed out, that person came back from the brink. That might keep me going for the rest of my life.”

Eventually, we make our way outside for a frigid walk around the block. Bundled up and hunkering from the wind, we talk about the band’s own resilience and pioneering nature.

‘ALWAYS CONNECTED TO THE MUSIC’

Over the span of The Go Rounds’ existence, they’ve continued to release music at a rapid pace while stretching their own sonic boundaries. One notable example was a peculiar Hoxeyville performance over the summer where the band performed a live silent-disco for a crowd of headphone-wearing fans who tuned into the band’s set wirelessly. Experimentation itself, whether performative or stylistic, is something that keeps the band engaged, helping stave off boredom and burnout.

“I think we’ve turned off some festival-goers, but people who have been following our music over time I think have really come along this whole journey with us and they can kind of understand what we’re going for, and I think their support and appreciation has only deepened over time with our continued exploration,” Savina says. 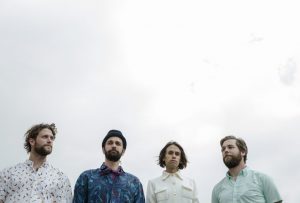 “There’s an inherent trust built that I think is really special and only comes from time and showing people that we’re taking risks and that we’re putting ourselves in a vulnerable position. People find that little window in for themselves as well.”

Currently, the band is recording its next album at High Bias Recording in Detroit, another experimental process. The new record, following 2019’s expansive “Whatever You May Be,” is on track to be completed over the winter months.

“So that’s a big part of it, too, there is still a real child-like fun component. We want to push that way creatively, with all these new tools we have access to. Like one guitar pedal is a whole instrument in itself that you can spend a whole day with. A whole day of fun, with one guitar pedal.

“That’s still real for me, you know, I still feel that. I think the deeper we dive into our existences as fathers, as husbands, as partners, as educators … the more we dive into these other things we find they’re still always connected to music.

“We want to make things that feel good and sound f—ing weird and huge and sometimes scary, but for the most part beautiful.”