The northern Michigan musician known as Dobro Joe made his most recent album a showcase for ‘elite instrumentalism in acoustic music.’ It’s why Joe Wilson has worked with a host of other Michigan acts. 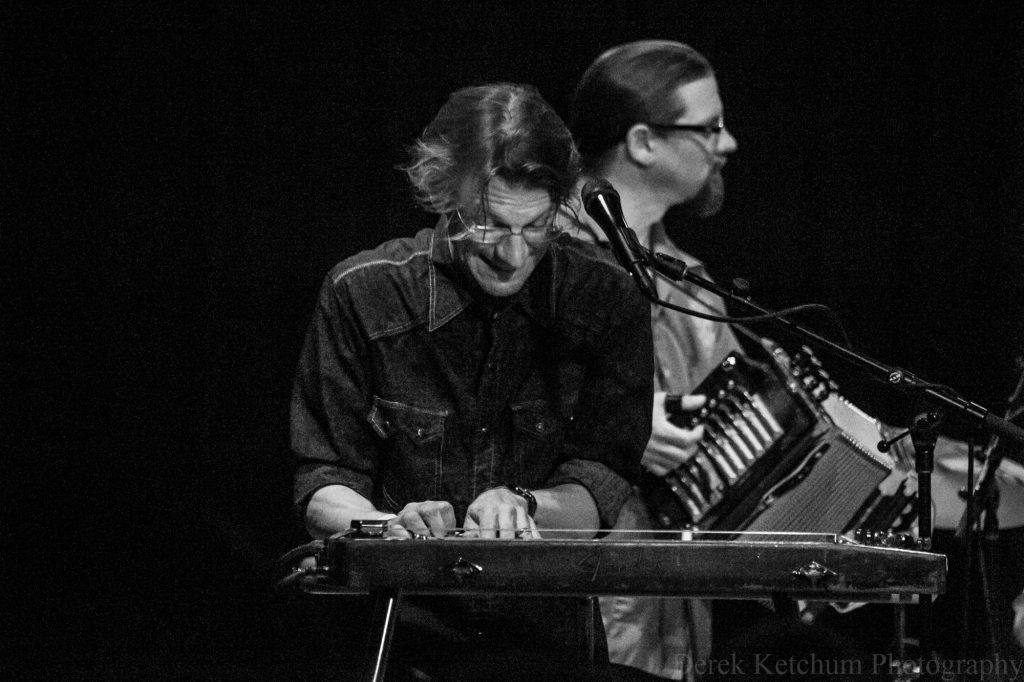 Watching Joe Wilson working his magic on stage with a lap steel guitar can be a transformative experience for fans and fellow musicians. 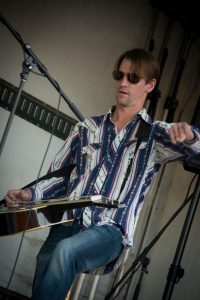 It’s a key reason why the Traverse City musician has become an in-demand sideman for so many Michigan roots music artists, including Don Julin, Roger Brown and Landry, not to mention being a key member of Steppin’ In It, The Wilson Brothers, The True Falsettos and other acts over the years.

But with the Joe Wilson Trio, he’s also stepped forward as a frontman, releasing the trio’s debut album, “Green Street,” earlier this year on the Earthwork Music label.

The recording shows off the acoustic instrumental prowess of Wilson, mandolinist Don Julin and bassist Kevin Gills on original music as well as bluegrass-tinged covers of well-known songs by The Beatles (“Oh! Darling”), Led Zeppelin (“Going to California”) and Bill Monroe (“Big Mon”).

“I realized that after 10 or so albums, I didn’t have an album that put my Dobro playing in the foreground,” said, Wilson, aka “Dobro Joe.” “I’ve always been a huge fan of new acoustic music, and I wanted to release something along those lines.

The Joe Wilson Trio plays Union Street Station in Traverse City at 5 p.m. Friday in a “happy hour” performance, with Will Harris on drums “for some amped up Western swing,” which Wilson conceded sort of turns the group into a version of The True Falsettos.

Wilson’s talents have appeared on a host of albums over the years, from Steppin’ In It to Sister Wilene to The Don Julin Quartet, and he’s also performed live with The Hot Biscuits, Cabin Fever, The Ol’ Microtones and many others. 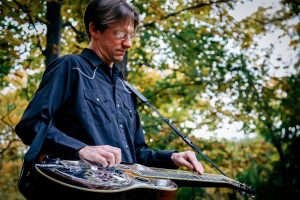 “Our brand of music is interesting,” he said of The Joe Wilson Trio and other collaborations. “We all have a belief in having chops and learning theory, but we also believe in playing simple music and putting the groove and tone first.”

Wilson also has developed a Dobro instructional website at dobrojoe.com. (Check out a video below.) The new album – which is available on iTunes, Spotify and at Earthwork Music – gives his students something they “could listen to that really featured the Dobro,” he said. “I’ve been working with Don (Julin) and Kevin (Gills) for years in various projects, so we speak the same language, and they were a perfect fit for this record.”

The trio also recently recorded a new Don Julin Quartet album with the addition of David Collini on Cajon.